tvN’s “Our Blues” has released new stills ahead of the next episode!

Lee Young Ok’s (Han Ji Min’s) painful past was revealed on the previous episodes of “Our Blues.” It was revealed that Lee Young Ok has a twin sister named Lee Young Hee who has Down syndrome. In the beginning, Park Jung Joon (Kim Woo Bin) was surprised about the truth, but he quickly warmed up to Lee Young Hee, showing unwavering love for Lee Young Ok.

Newly released stills depict Lee Young Ok getting ready to visit Park Jung Joon’s parents. Unlike usual, she’s wearing a formal attire, and her expression is shadowed with nervousness. Lee Young Ok doesn’t want to get hurt again, so it required a lot of courage on her part to take the step to meet his parents.

More photos show Lee Young Ok, Park Jung Joon, and his family sharing a meal together, but the atmosphere is stiff and uncomfortable. Lee Young Ok seems to have frozen in front of his parents, making viewers wonder about their conversation. 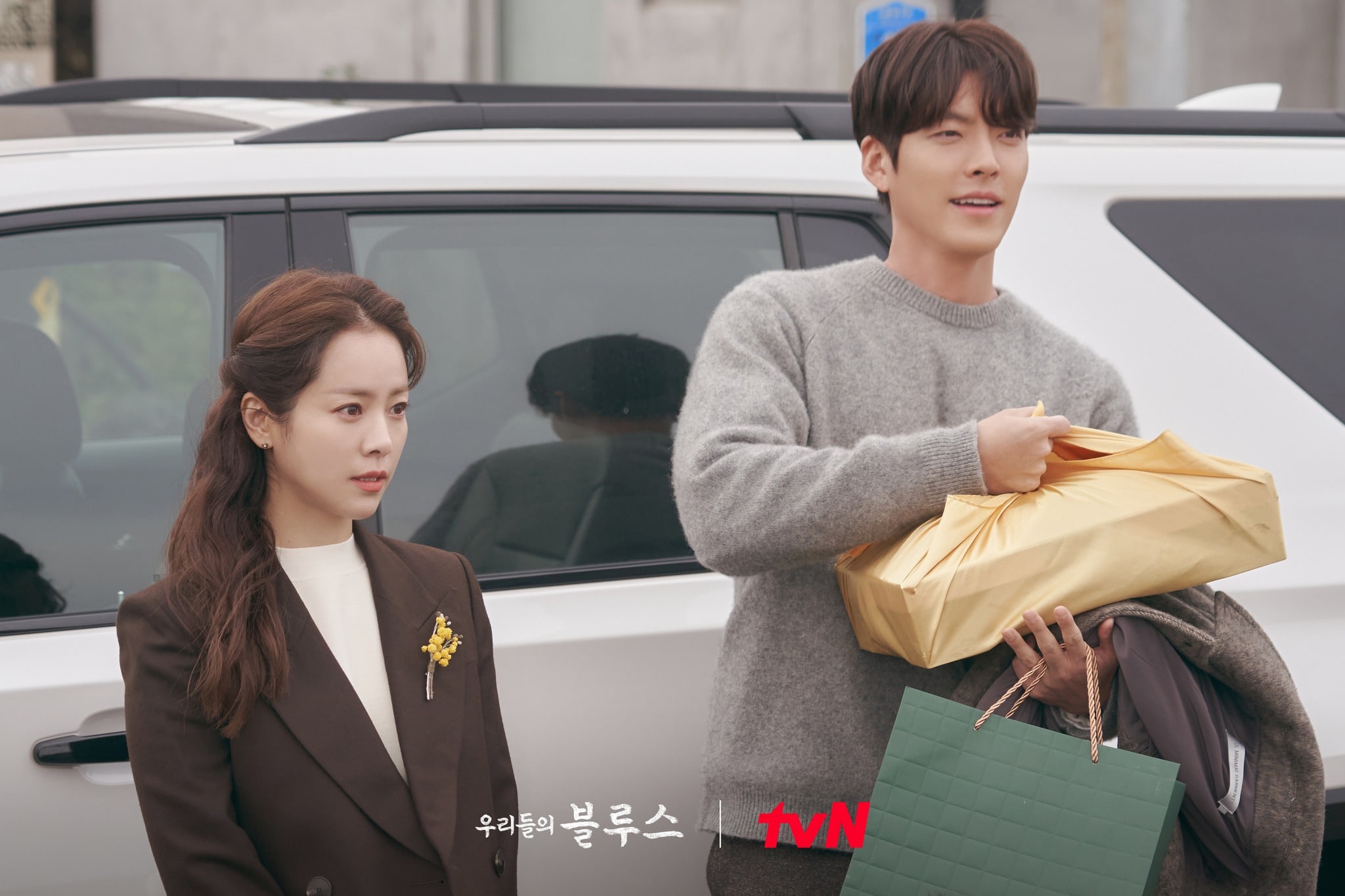 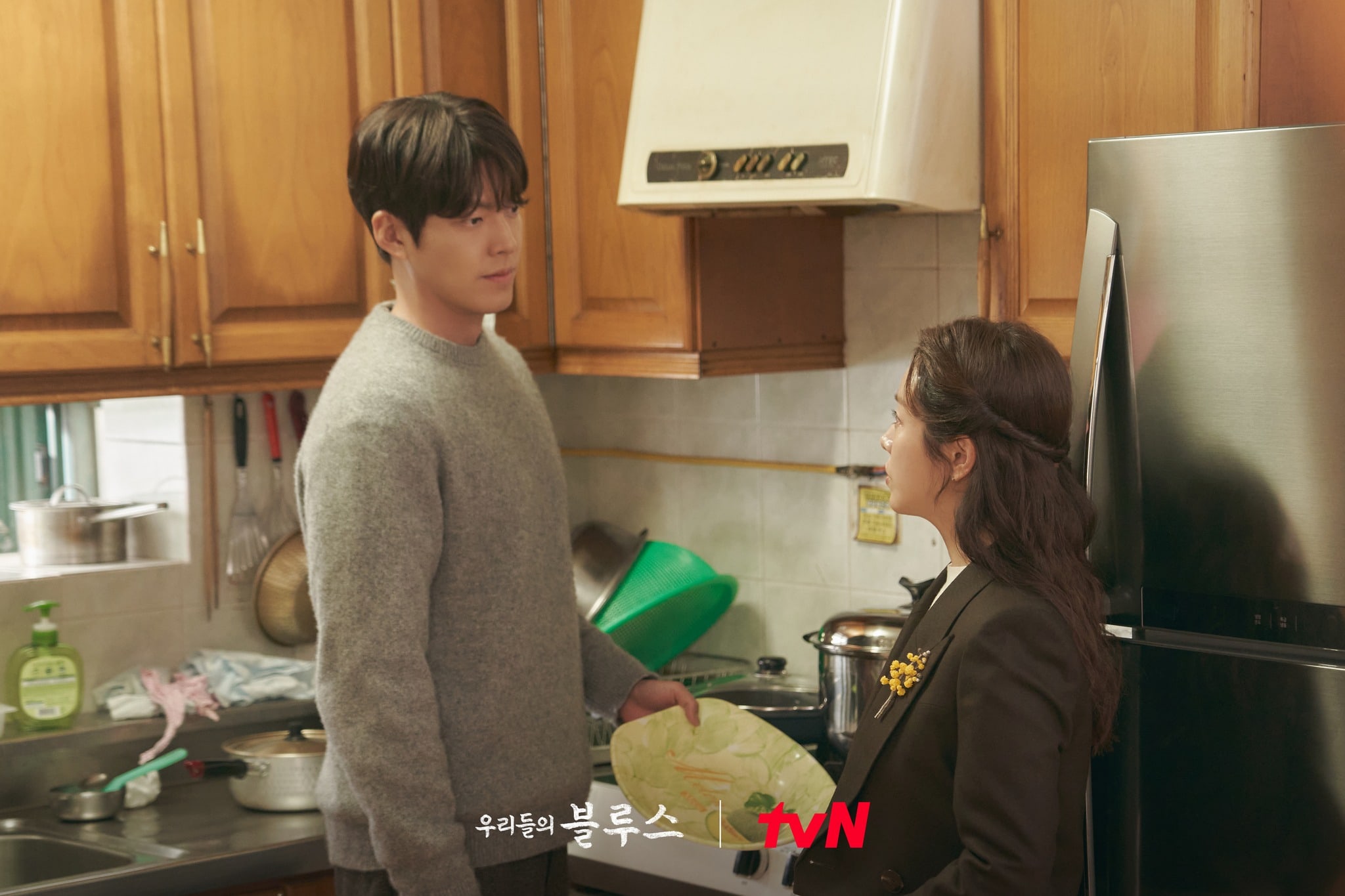 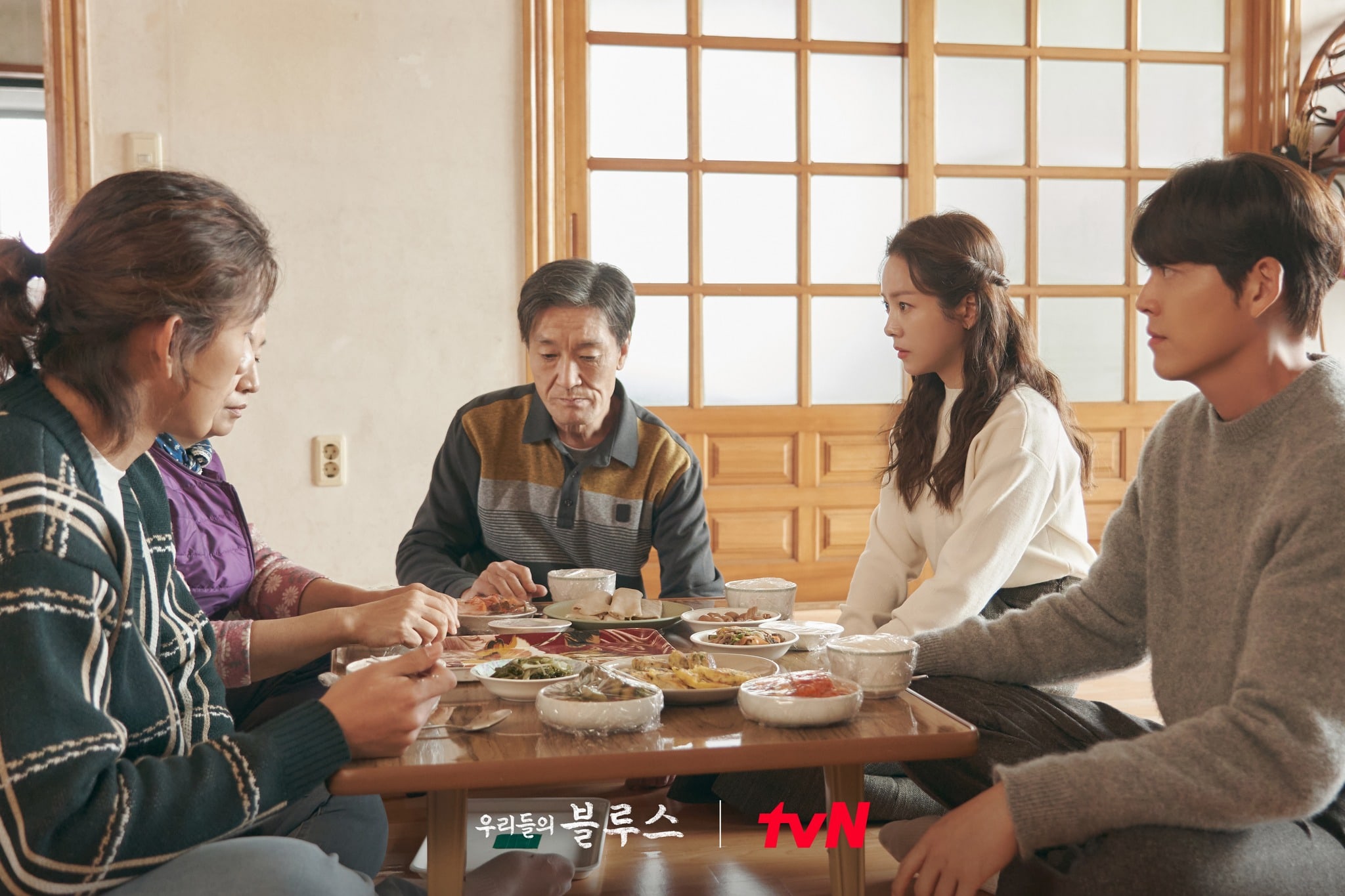 In the meantime, watch Kim Woo Bin in “Heirs“:

Han Ji Min
Kim Woo Bin
How does this article make you feel?