Based on the popular web novel of the same name, KBS2’s “Café Minamdang” is a comedy-mystery starring Seo In Guk as Nam Han Joon, a fraudulent male shaman who used to be a profiler. Oh Yeon Seo stars as Han Jae Hee, a detective in the violent crimes unit who is passionate about justice.

Kwak Si Yang captures the adorable dual charms of Café Minamdang’s barista Gong Soo Chul with his short bangs and casual outfit. Standing on Nam Han Joon’s other side is his younger sister and genius hacker Nam Hye Joon. She poses nonchalantly with her hands in her pockets, conveying her carefree personality. 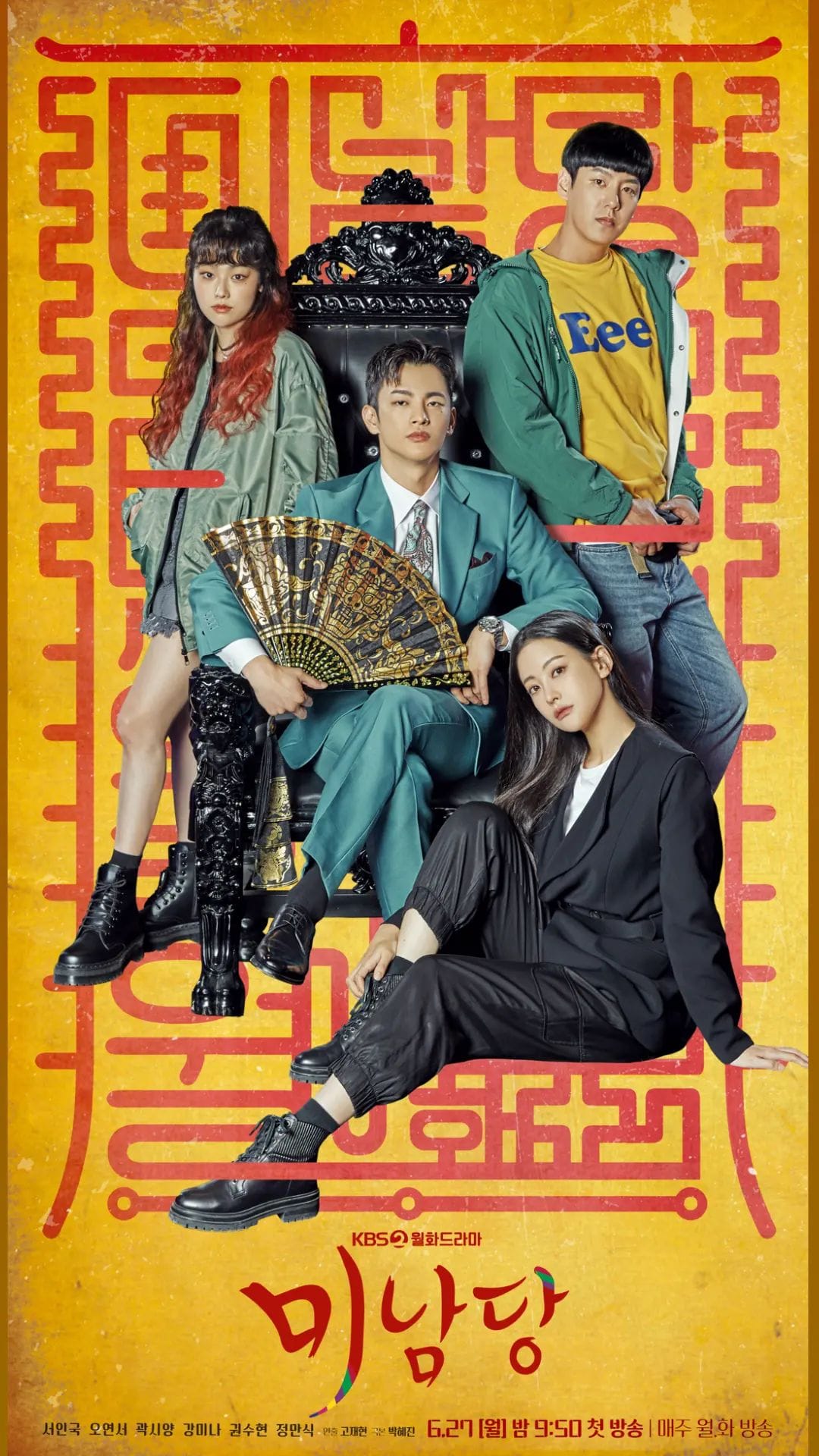 The poster raises anticipation for the story of the chaotic investigation conducted by the law-abiding Han Jae Hee and the rule-breaking members of Café Minamdang. Viewers are curious to find out how such different characters will become intertwined with one another and how they will end up delivering justice.

The production team shared, “In this drama, a refreshing feast of characters arresting people who are scarier than ghosts will unfold. We will deliver laughter and catharsis through an exhilarating story that the whole family can enjoy, so please look forward to it.”

“Café Minamdang” will premiere on June 27 at 9:50 p.m. KST following the conclusion of “Bloody Heart.”

While waiting, watch Seo In Guk in “Doom at Your Service” below: