Coupang Play has released the main poster and main teaser for its upcoming series “Anna”!

The main poster shows the stark contrast between Yoo Mi and “Anna.” Yoo Mi is wearing a simple grey uniform, but on the other side of the mirror, Anna looks stunning in a glittery cold dress. Yoo Mi watches Anna with a worried gaze, while Anna doesn’t care about Yoo Mi’s presence at all. The text on the poster reads, “The moment you believe it, even the lies become the truth.” 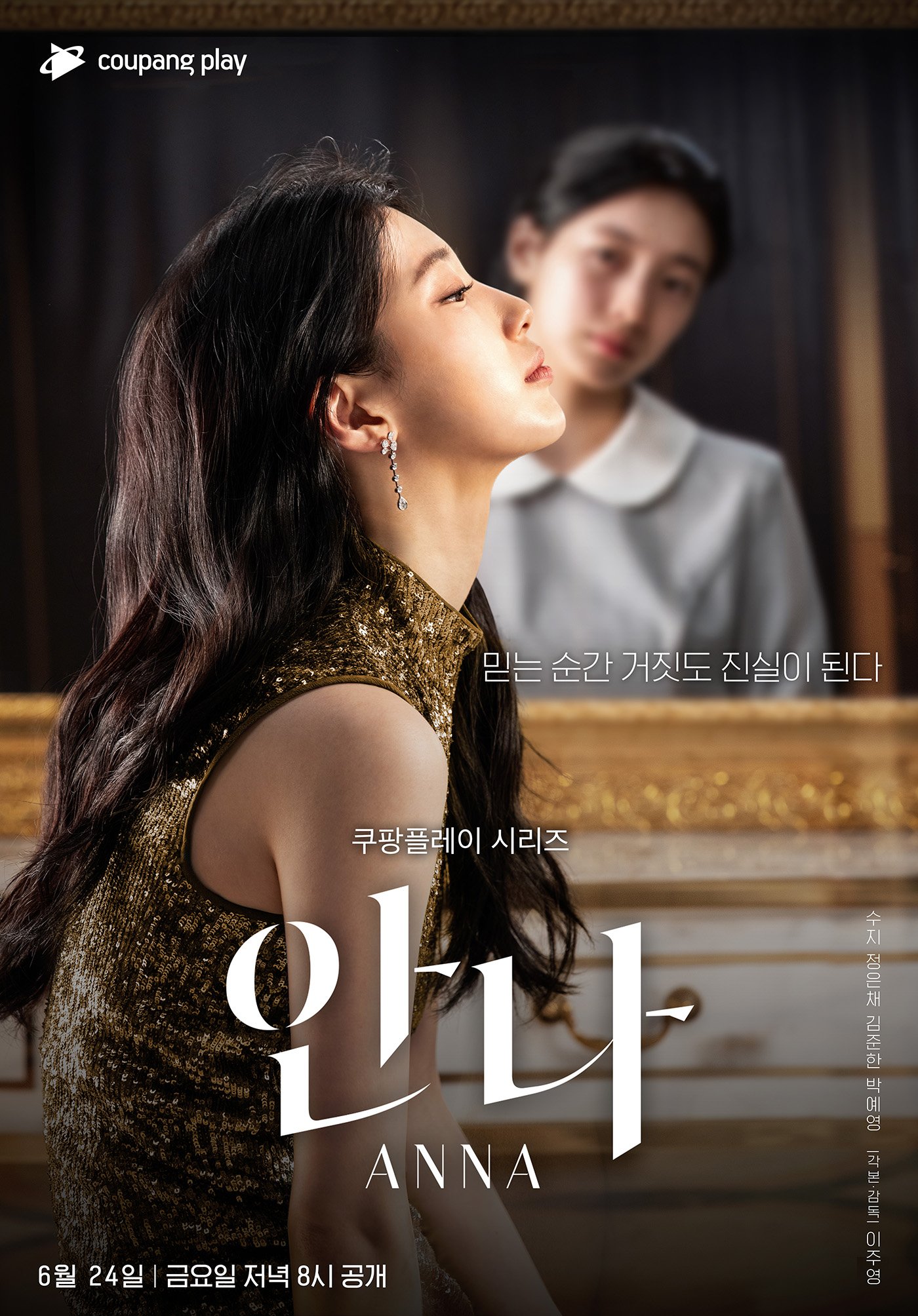 The main trailer begins with Yoo Mi’s calm narration that says, “You won’t know if you really wanted something until you have it.” Then she adds, “I want people to be afraid of me,” increasing curiosity about how her life is about to change. Yoo Mi’s dull life suddenly turns unpredictable as she takes on a completely different image. When she returns as “Anna,” her ex boss Hyun Joo (Jung Eun Chae) recognizes her and exclaims, “You are Yoo Mi!”

Her life starts to fall apart when Hyun Joo starts suffocating her with threats, saying, “You stole my life, so you have to pay the price.” The clip ends with Yoo Mi, saying, “I do everything that I set my mind to,” and everything grows tense when Yoo Mi is spotted with blood running down her face.