BTS has announced that they will be taking a hiatus from group activities in order to focus on their solo careers.

On June 14, the group wrapped up their 2022 BTS Festa—their yearly celebration of the anniversary of their debut—by releasing a video in which they shared a meal and made an important announcement about their future.

After the BTS members enjoyed some drinks and chatted together, Suga began the conversation by saying, “So we’ve entered an off-season,” which the video’s official English subtitles translated as “We’re going into a hiatus now.”

“Should we talk about why we’re not doing FESTA [this year] and why we haven’t made much new content?” continued Suga. “We have to talk about the direction we’re taking.” 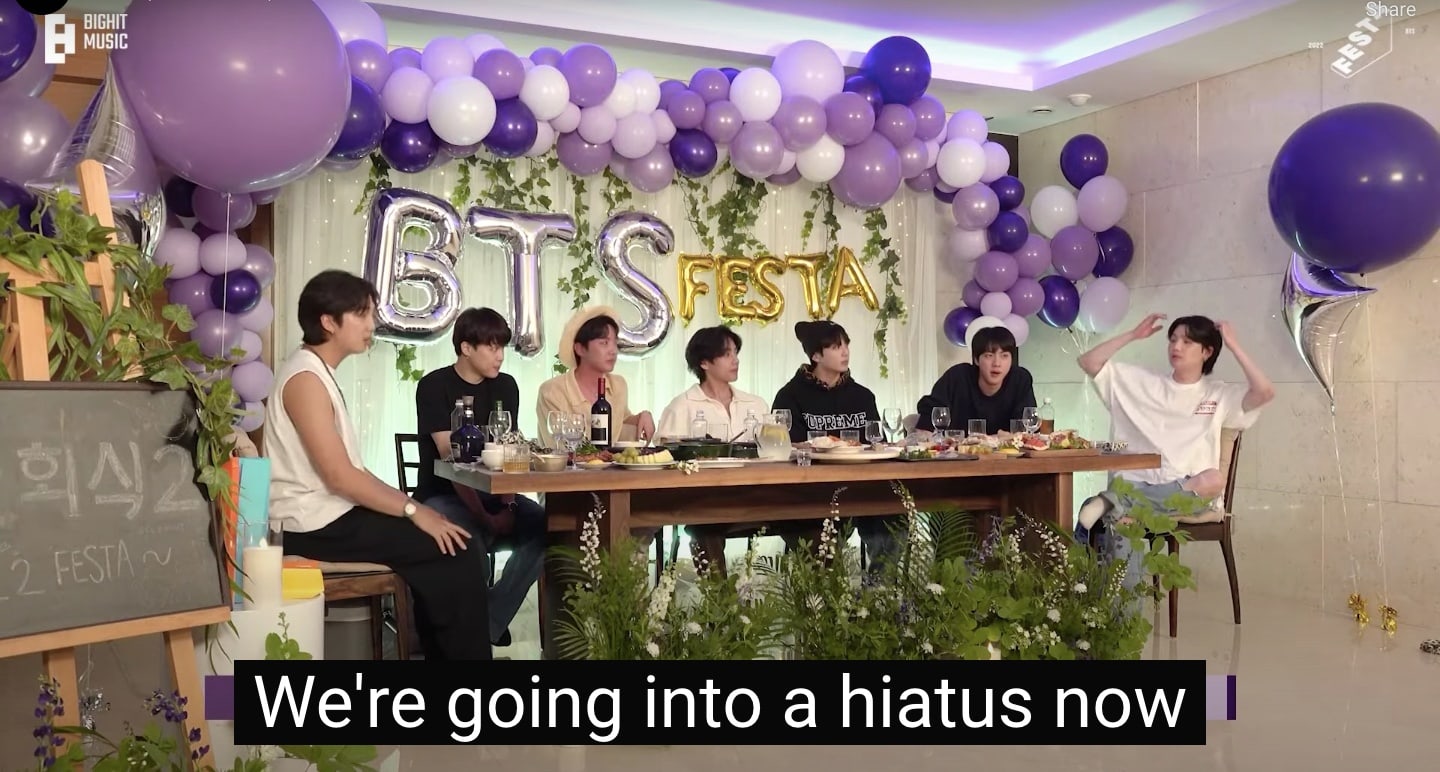 RM then opened up about struggling with BTS’s identity in recent years, explaining, “Up until ‘ON’ and ‘Dynamite,’ I felt like the group BTS was within my hands. But as we did ‘Butter’ and ‘Permission to Dance,’ I didn’t really know what kind of group we were anymore.”

He went on to talk about just how hectic and busy idol life was, noting, “There’s no time for me to grow. Not just in terms of my skills, but as a human. I’m a very different person from who I was 10 years ago, and I need time to think and be on my own, so those thoughts can mature into something uniquely mine.”

“But after spending the past 10 years as BTS, while carrying out our busy schedule together, I can’t mature,” continued RM. “There’s no time for me to think. I have to know what kind of person I am, what kind of group BTS is, why I’m here, what the other members mean to me, and the path we need to take in the future; I need to keep these things in mind while doing interviews and writing lyrics. But starting from a certain point on, I haven’t been sure what kind of group we are.”

Jimin observed, “I think we’re just now starting to think about what kind of artist we each want to remembered as by our fans. I think that’s why we’re going through a tough time right now, because we’ve entered a phase where we’re only now trying to find our identities.” 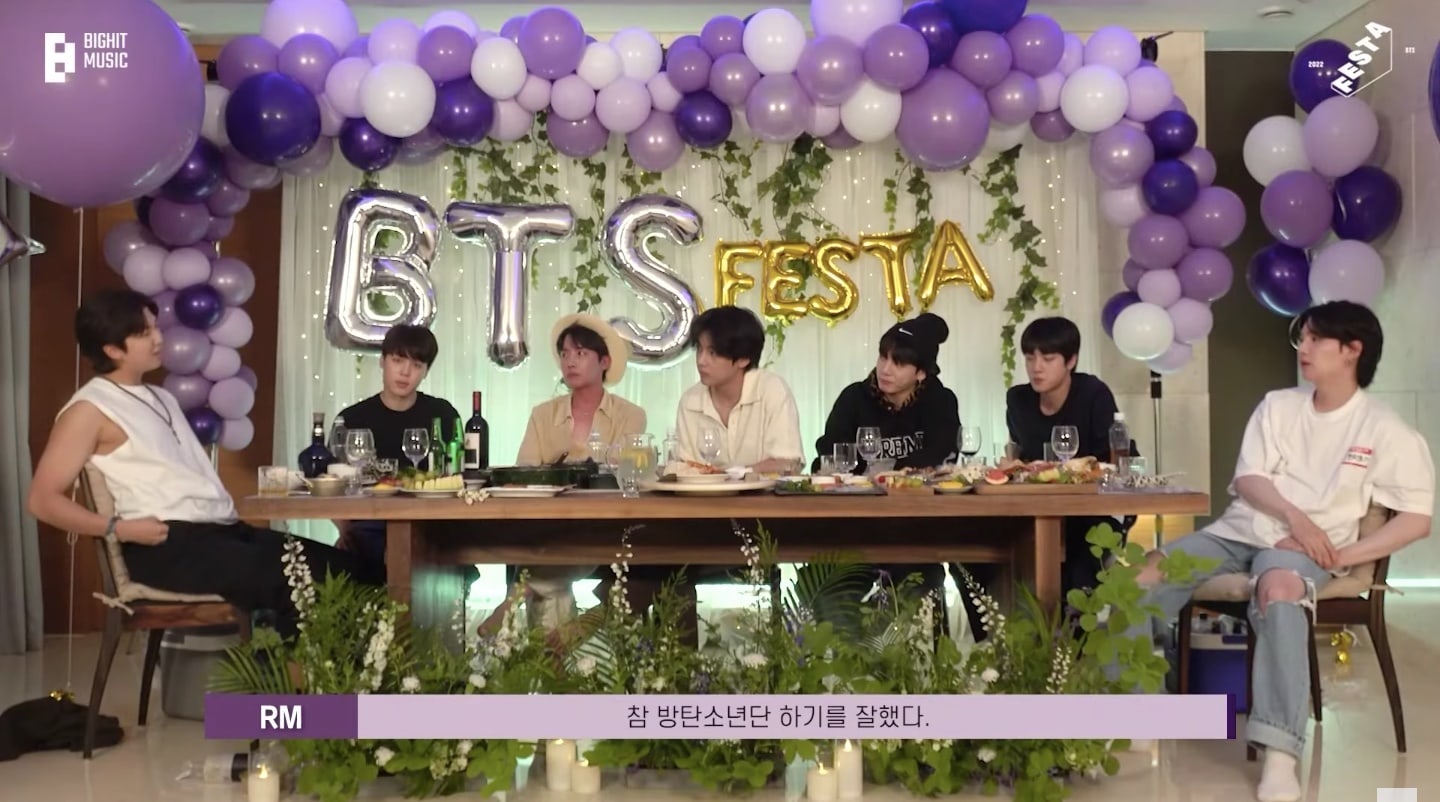 Suga added that because he’s been so drained recently, he’s been struggling to find inspiration when it comes to songwriting. “The hardest thing is writing lyrics,” he said. “I can’t think of anything to say. I have to write about things that I personally feel and want to say, but I feel like I’m just forcing things out right now… and that’s so difficult.”

RM reiterated that he felt he needed time to focus entirely on his solo music, explaining, “In the past, I was somewhat able to balance working on my music alone with our group activities, but now I can’t do them at the same time. I can’t be doing group activities and then just flip a switch and change everything to focus on my own work. I realized I really need some time on my own.”

V recalled, “J-Hope told me this before: ‘We can all really focus on our solo activities for the time being, and then when we come back together as a group, that synergy will be like no one else’s. It’ll be better than before.” Jimin chimed in, “To be honest, J-Hope talked about this kind of thing a lot.”

Jin also shared, “Doing group activities for so long—just like you guys mentioned earlier, I started to feel like I’ve become a machine. I have my own hobbies and things I want to do on my own.”

RM went on, “When people hear our group name, they say, ‘Oh wow, BTS.’ But honestly, people don’t really know who each of the members are. Since we’re singers, I think it’d be most impactful for us to show [who we are] through our music and performances. So from now on, we’re going to release [solo] albums instead of mixtapes.”

J-Hope later added, “I’ve said this a lot to the other members, but I think we need to spend some time apart to learn how to come together again. I think this timing is really important, so I hope you don’t see this in only a negative light.” 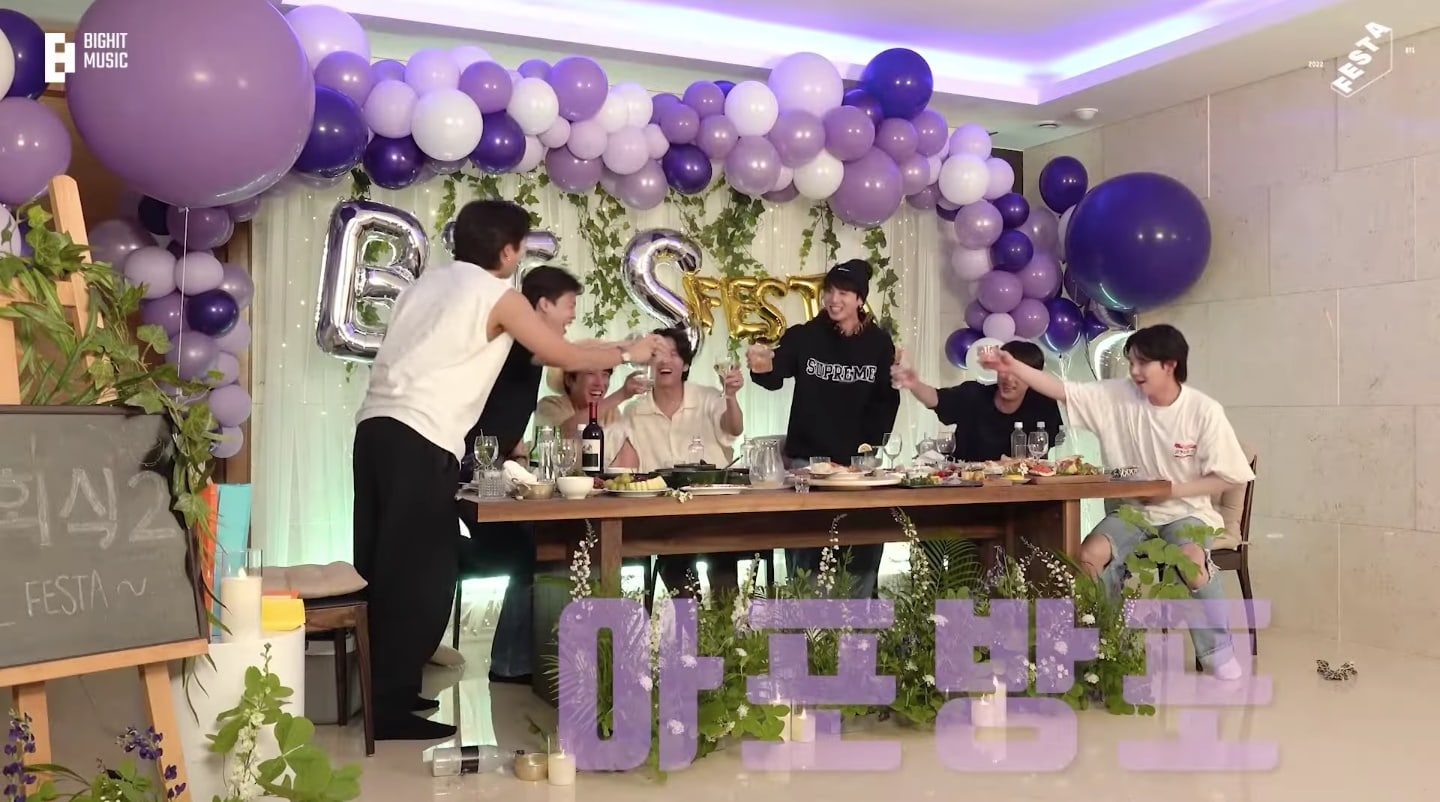 Last week, BTS made their long-awaited comeback with their anthology album “Proof” and its title track “Yet to Come (The Most Beautiful Moment).” Before their hiatus from group activities, they will be performing their new song on music shows this week.

Watch the full video of BTS’s discussion with English subtitles below: