Oh Yeon Seo Is Nothing But Serious Whereas Seo In Guk, Kang Mina, And Kwak Si Yang Are Full Of Mischief In “Café Minamdang” Poster

On June 15, the drama shared a new poster that depicts Nam Han Joon, Nam Hye Joon (Kang Mina), and Gong Soo Chul (Kwak Si Yang) exuding comical vibes with their playful expressions. On the other hand, Han Jae Hee stands beside the folding screen with a serious look on her face, increasing anticipation for the teamwork of people who are incredibly different from each other.

Furthermore, Gong Soo Chul, the barista, holds up a coffee cup with a bright smile, while Nam Han Joon’s little sister Nam Hye Joon poses with money in her hands. The text on the poster hints that this will be a thrilling comedy investigation involving a male shaman. 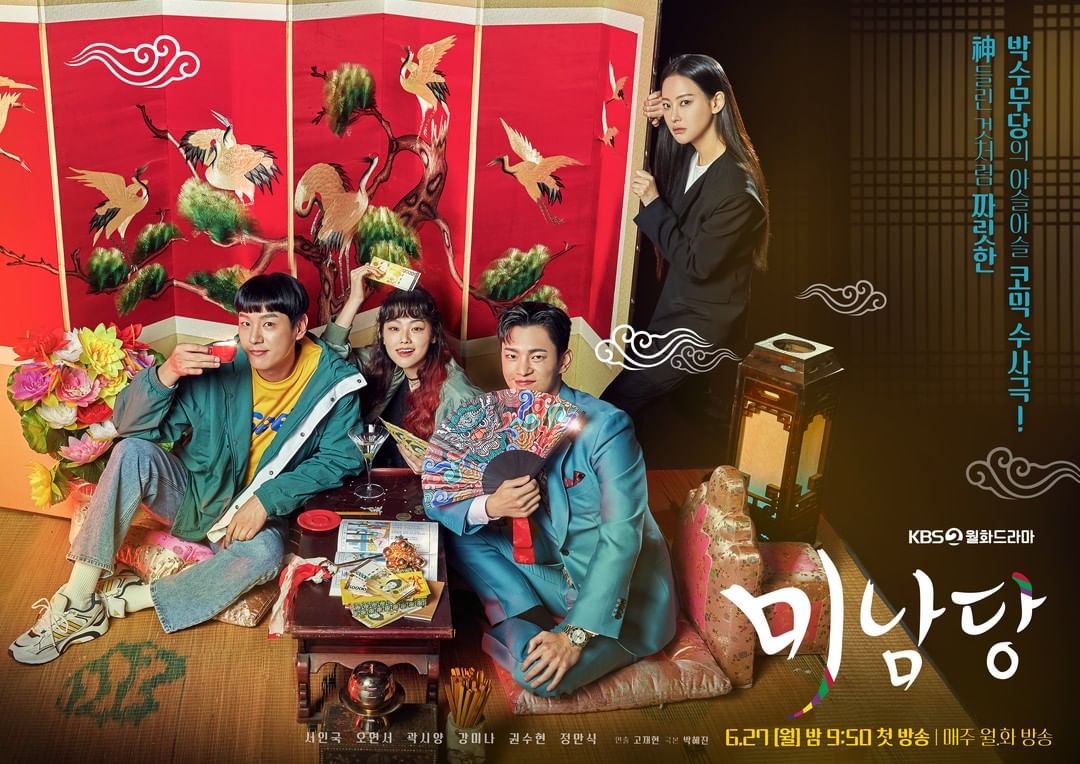 The production team hinted, “The way the characters, who are heavily equipped with irregularities and fouls, practice justice will unfold in an interesting manner. Please look forward to the charms of characters with strong individuality as well as the kind of synergy they’ll show.”

In the meantime, check out Oh Yeon Seo in “Love With Flaws“: