The newly released stills capture Lee Ra El looking lost and Seo Eun Pyung taking care of her. Lee Ra El is barely moving with an empty gaze as if she has received great shock, raising questions about the events that will unfold in the upcoming episode. Seo Eun Pyung assists Lee Ra El in wearing her coat, and he takes her back to his house to look after her. 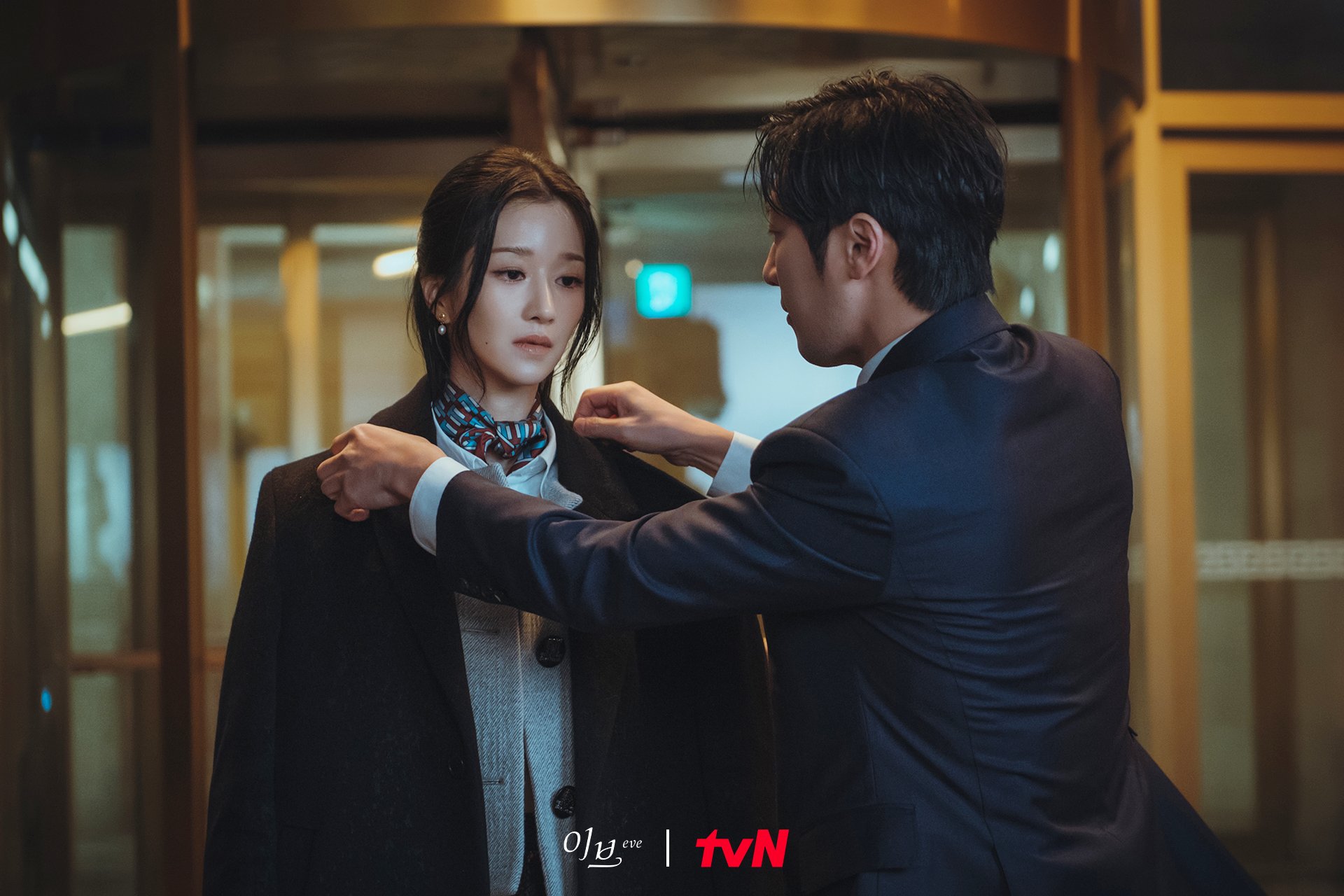 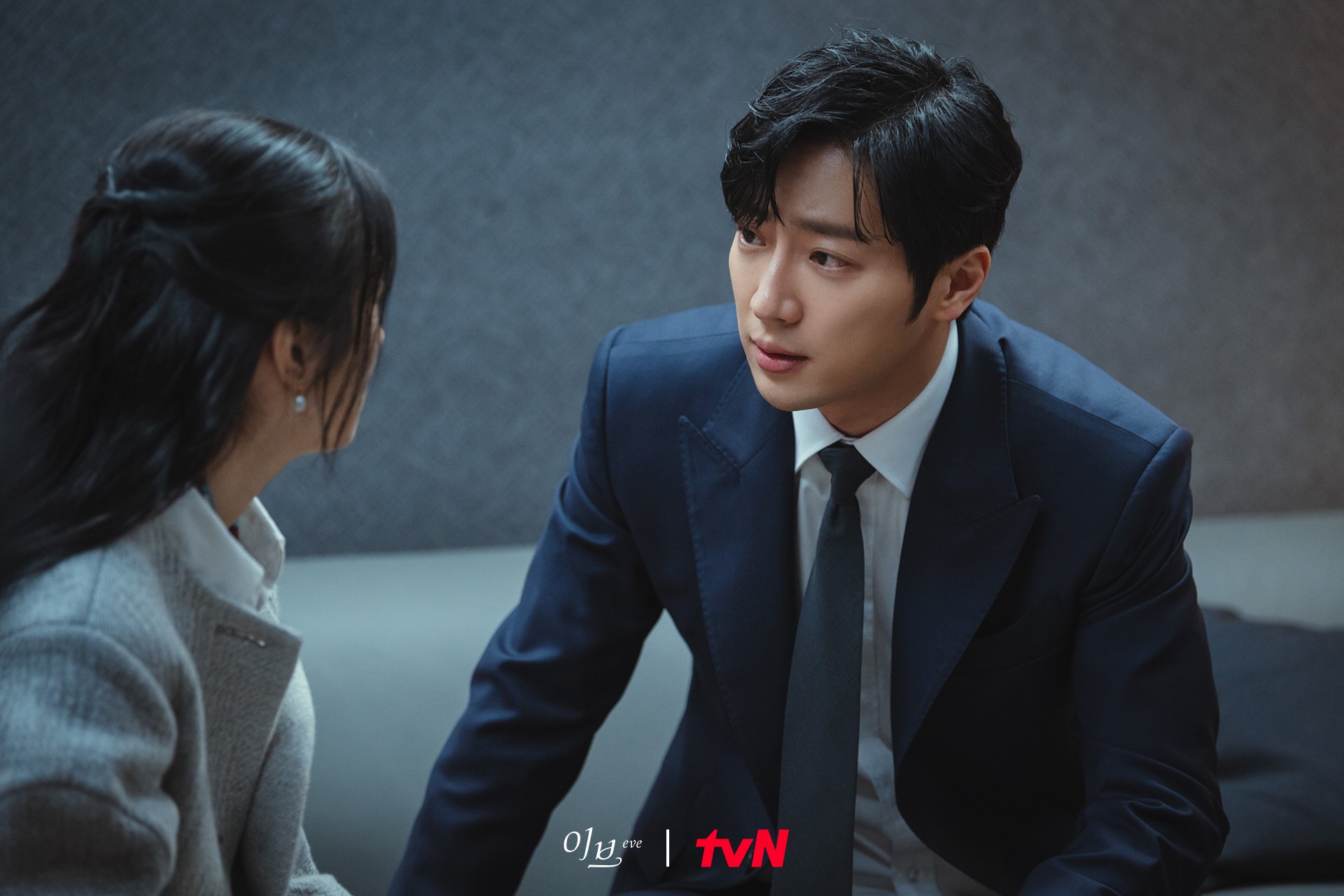 Lee Ra El cries while leaning against Seo Eun Pyung’s embrace. As Lee Ra El tries to suppress her pain, Seo Eun Pyung quietly watches over her, his gaze becoming even more steadfast. In the next episode, Lee Ra El will be shocked to learn news about her missing mother Kim Jin Sook (Kim Jung Young). 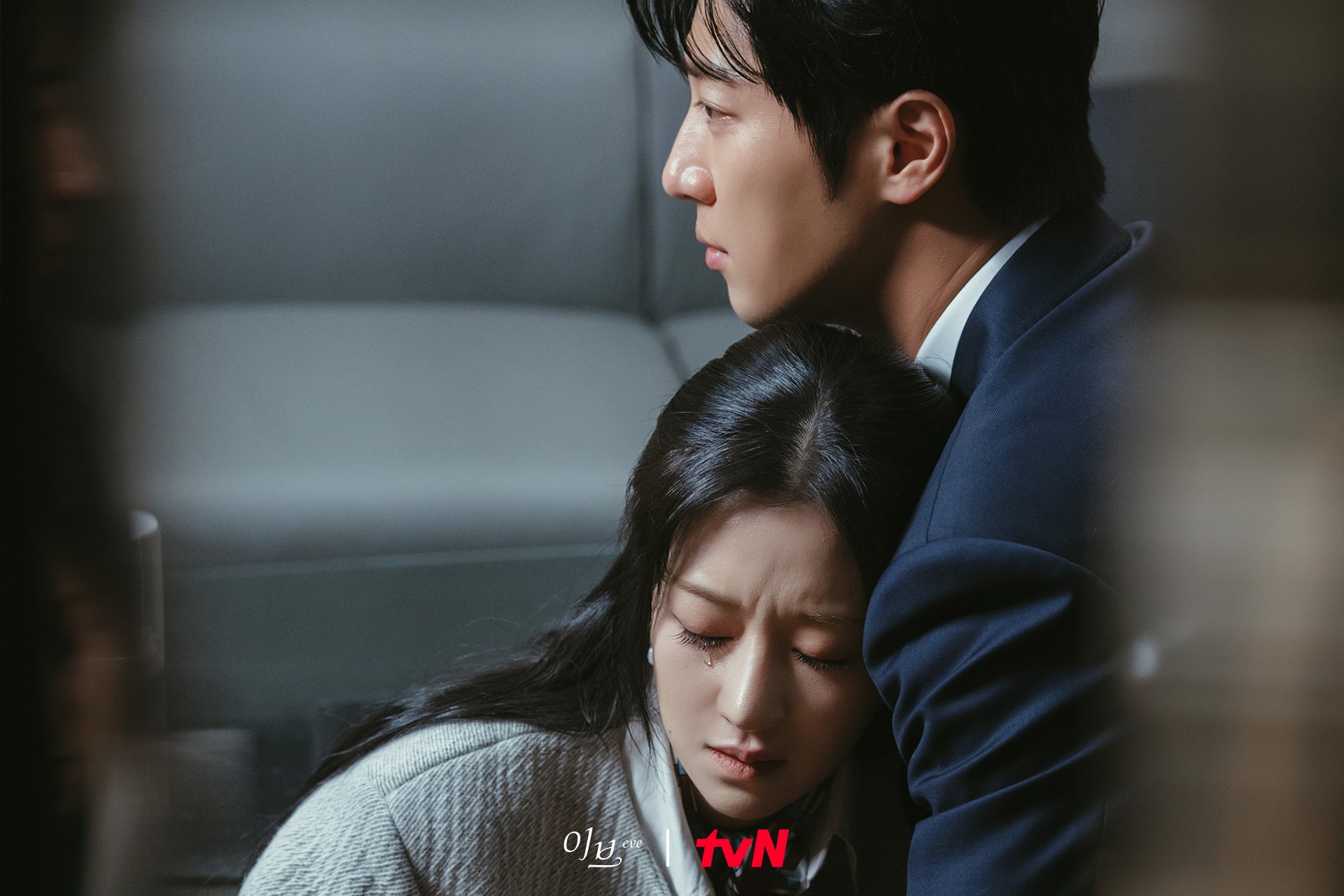 More photos preview Lee Ra El looking at Kang Yoon Kyum who attends a party together with his wife Han So Ra (Yoo Sun). The two exchange subtle gazes, and Kang Yoon Kyum is unable to look away from Lee Ra El while Han So Ra appears blissfully unaware with a happy expression. 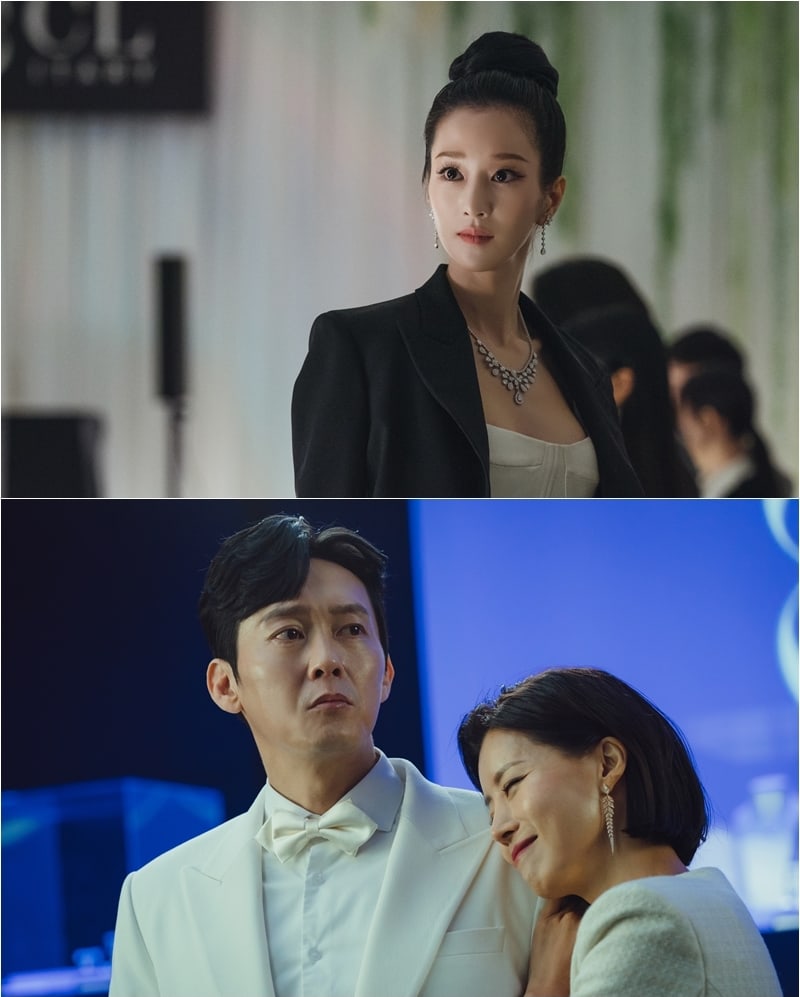 Tensions rise when Lee Ra El and Kang Yoon Kyum secretly meet during the party. Kang Yoon Kyum holds Lee Ra El’s arm while approaching her to give what appears to be a kiss on her cheek. However, Lee Ra El will react unexpectedly to Kang Yoon Kyum’s advances, making viewers curious to find out more. 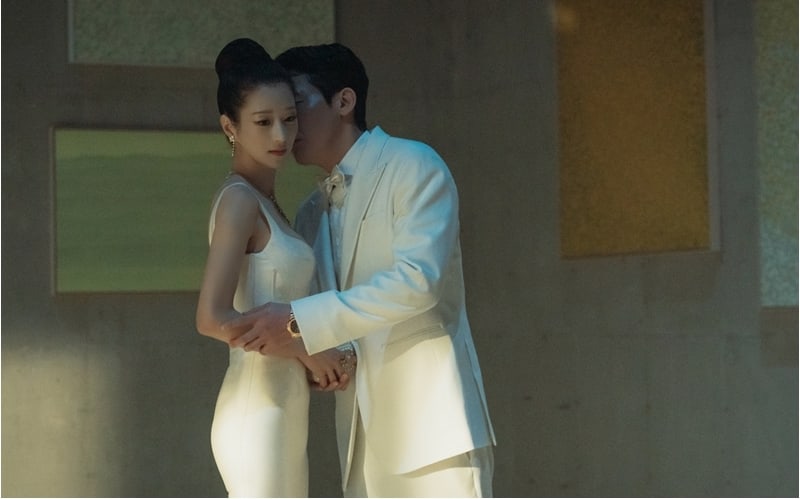 Another still shows Lee Ra El in a secret room filled with information on her revenge. Wearing a headset, she eavesdrops on a private conversation through a wiretapping device she installs in Han Pan Ro’s house. Han Pan Ro leans in closer to Kim Jung Cheol (Jung Ha Kyun) to share a serious conversation as Han So Ra wears a satisfied smile. 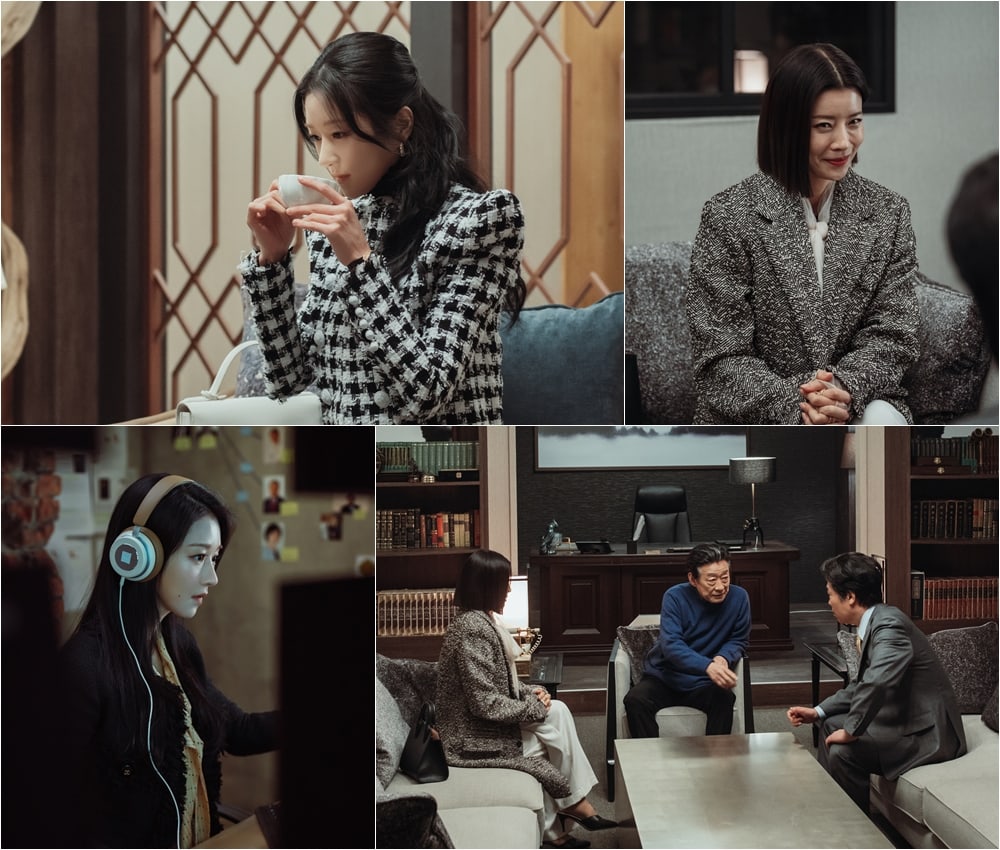