JTBC’s “Insider” has shared an intriguing glimpse of its next episode!

On the previous episode of “Insider,” gang leader Song Doo Chul (played by Choi Moo Sung) proposed that he and Kim Yo Han work together. Revealing that their prison was essentially a gambling house, Song Doo Chul asked Kim Yo Han to try to get close to the powerful Jang Sun Oh (Kang Young Seok), a genius card player who ultimately holds all the power within their prison despite being an inmate.

In newly released stills from the drama’s upcoming episode, Kim Yo Han finally succeeds in catching Jang Sun Oh’s eye. In the first set of photos, Kim Yo Han kneels in front of Jang Sun Oh with an injured leg, while the other man gazes appraisingly back at him with an unreadable expression.

The next set of photos captures the two men facing off in an unofficial card game outside of the prison’s tables. Each man has a card plastered on his forehead, with no other information to go off of besides his opponent’s card and behavior. Jang Sun Oh wears a bright smile as he carefully watches Kim Yo Han’s every move, and Kim Yo Han returns his gaze with a determined look as he points to his own card.

As their game isn’t part of the prison’s established gambling system, the photos raise the question of what the two men could possibly be betting on. 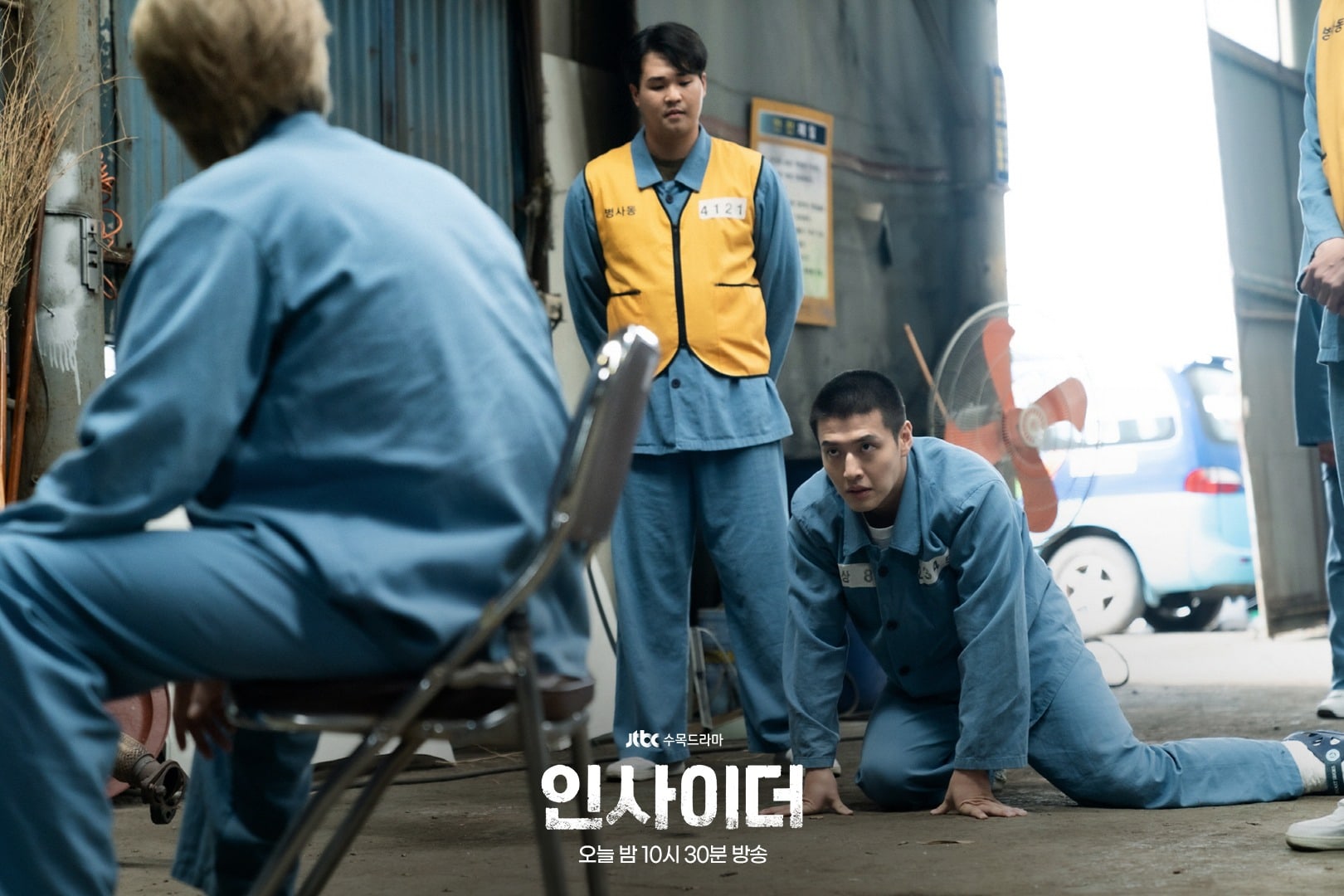 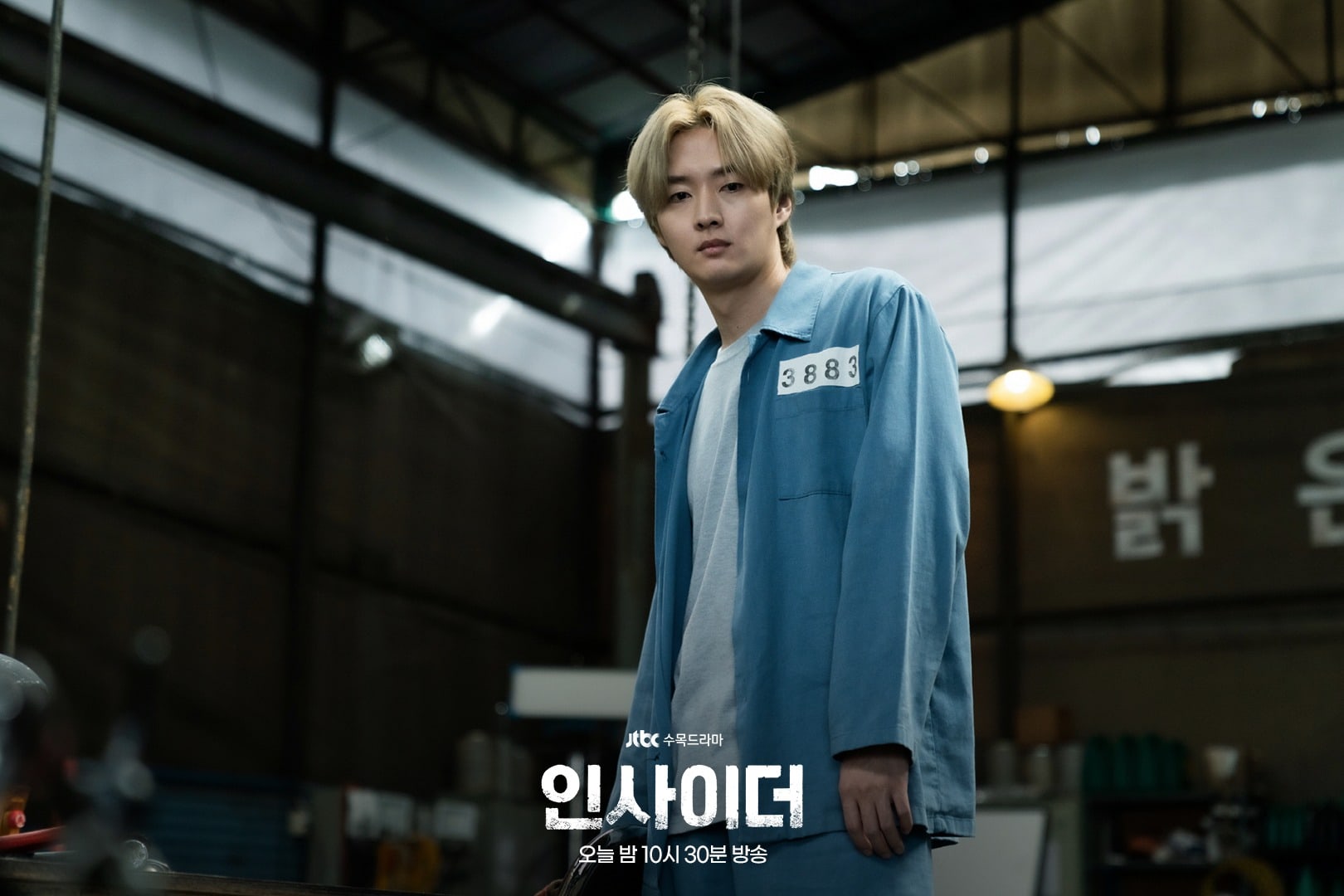 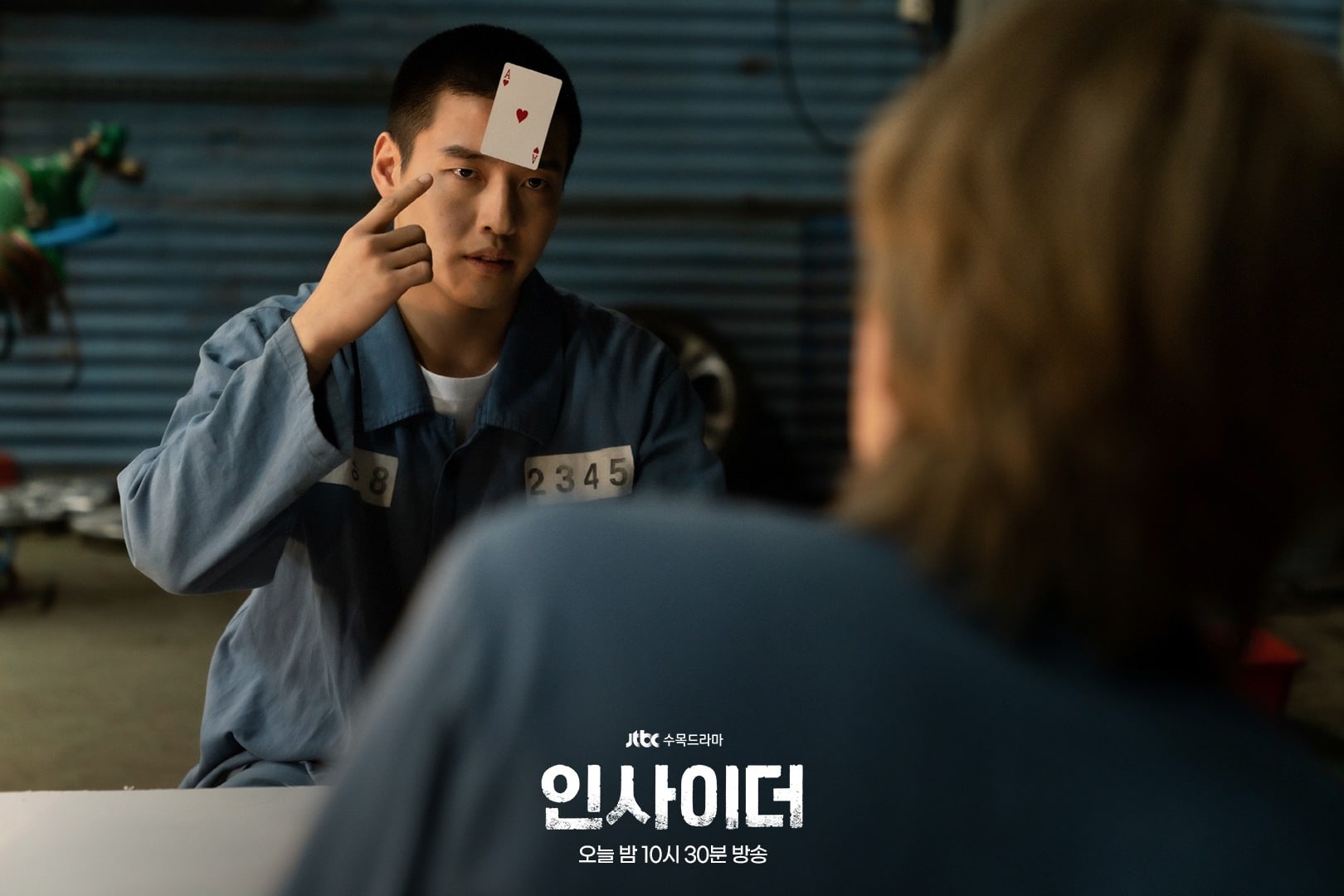 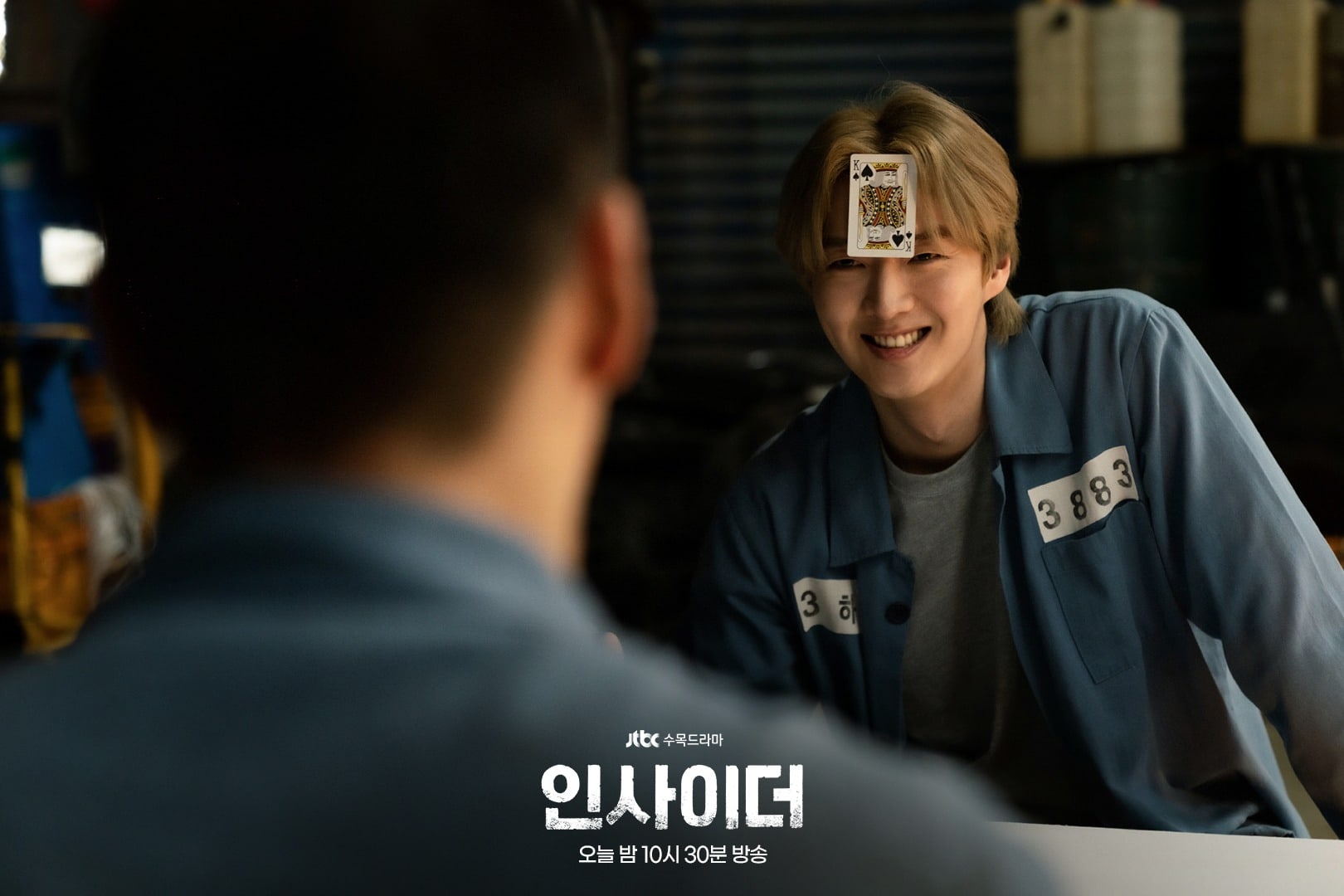 The producers of the drama teased, “The newly awakened Kim Yo Han is beginning to make moves as a true ‘Insider’ who has broken into Seongju Prison, within all of its established rules and laws. Instead of infiltrating from the bottom, he is going after Jang Sun Oh, who sits at the very top [of the prison’s hierarchy], and his actions will lead to unpredictable plot developments.”