JTBC has released a special poster for its new drama “Insider“!

On the previous episode of “Insider,” Kim Yo Han found himself alone and in danger after entering prison undercover. After initially struggling in prison, Kim Yo Han was approached by gang leader Song Doo Chul (Choi Moo Sung), who suggested that they strike a deal. Song Doo Chul asked him to try to get close to the powerful Jang Sun Oh (Kang Young Seok), the genius card player who holds all the power within Seongju Prison, and promised that in return, he would protect him from Jo Hae Do (Han Jae Young).

However, after the tragic death of his grandmother and the betrayal of Mok Jin Hyung (Kim Sang Ho), Kim Yo Han was consumed by uncontrollable fury. As he made a dark transformation from “insider” to “revenge-seeker,” he became determined to use the rules and structure of the corrupt Seongju Prison—which is essentially a gambling house—to avenge himself and his late grandmother.

In the newly released poster, the disillusioned Kim Yo Han sits at a gambling table as he sets out on a high-risk, high-stakes quest for vengeance. He boldly declares in the caption, “I’m going to be the one to end things.” 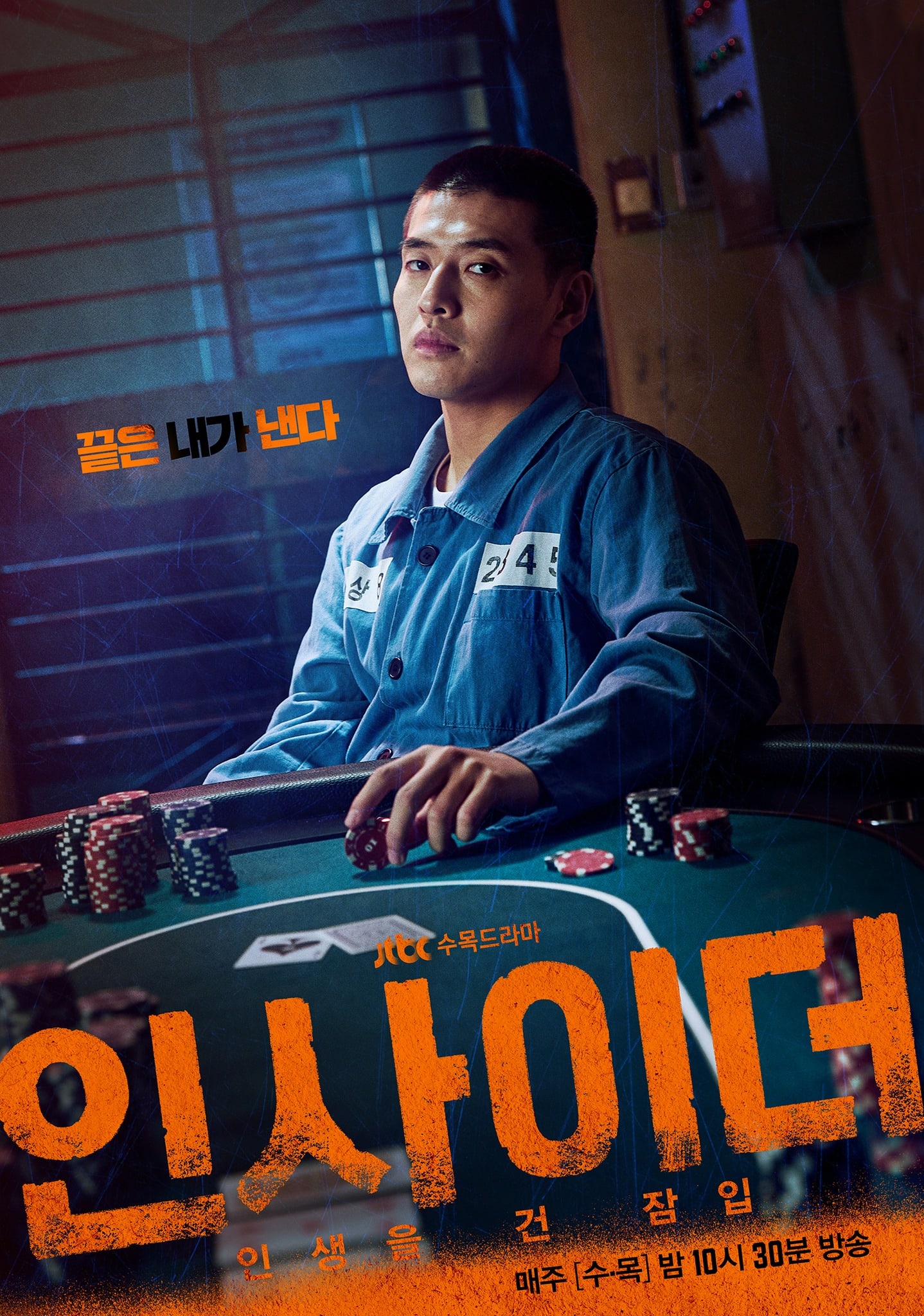 The producers of the drama teased, “Kim Yo Han’s battle for revenge and the hidden truth behind [his grandmother] Shin Dal Soo’s death starts now. As he gradually begins to see the identity of those whom he must fight, please keep an eye on how he moves towards his goal.”

“Insider” airs on Wednesdays and Thursdays at 10:30 p.m. KST and is available with subtitles on Viki.

Catch up on the first three episodes of the drama below!