“Remarriage & Desires” released a poster and teaser that amps up anticipation for the upcoming premiere. The poster features Seo Hye Seung, Choi Yoo Seon (Cha Ji Yeon), the CEO of Rex, Jin Yoo Hee (Jung Yoo Jin), a lawyer who will do anything to get to the top, Lee Hyeong Joo (Lee Hyun Wook), a chairman of a self-made venture company, and Cha Seok Jin (Park Hoon), a professor who is fighting for the huge inheritance left by his father.

The characters are all dressed in luxurious attire, but their positions on the staircase give a hint about their wealth status. Seo Hye Seung is at the very bottom, and Jin Yoo Hee and Choi Yoo Seon are slightly above her with the CEO of Rex at a higher level than the lawyer. However, at the very top is Lee Hyeong Joo, whose gaze is pinned on Seo Hye Seung. The text on the poster reads, “A high-class marriage business dealing in desires,” hinting this is no ordinary matchmaking agency. 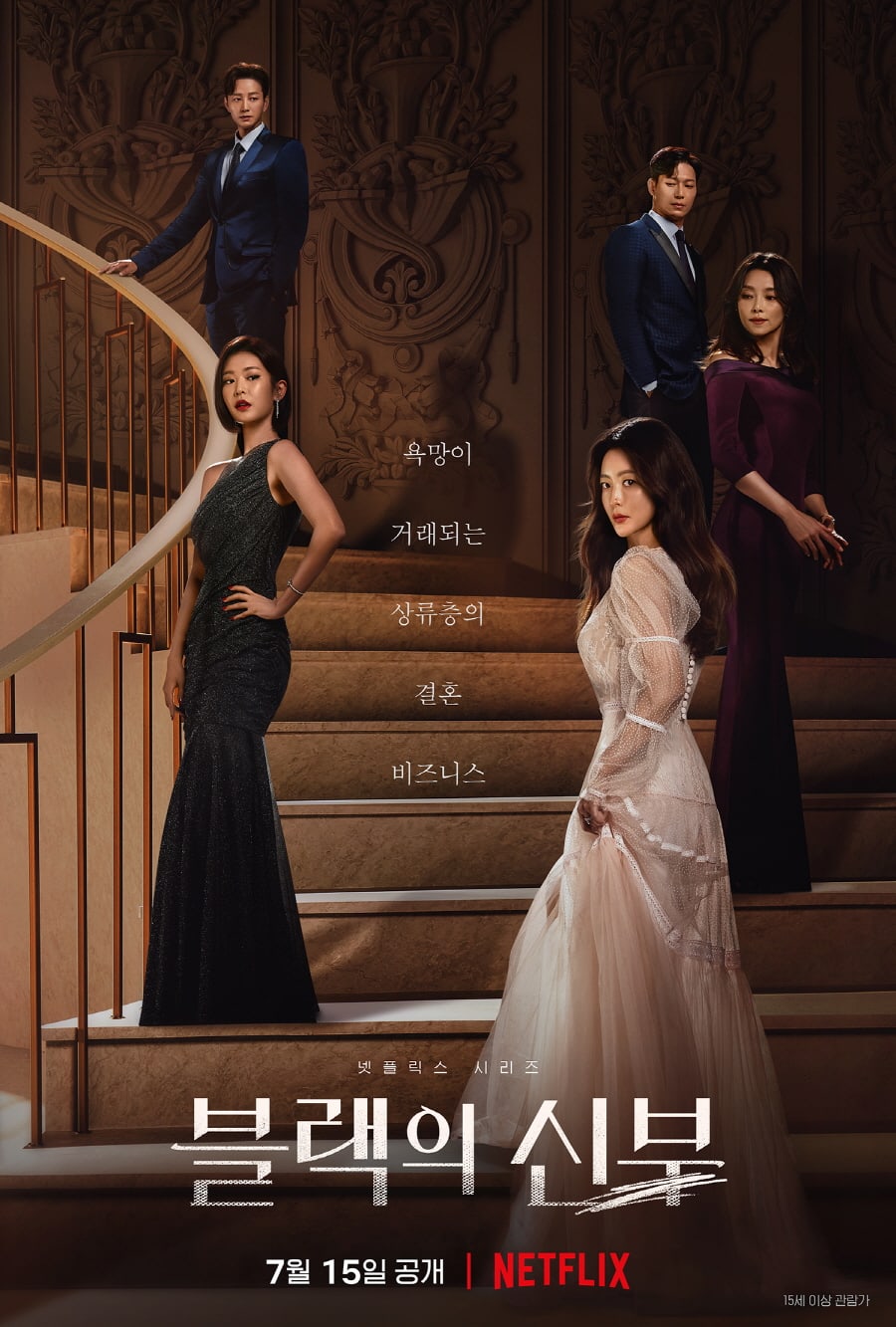 The drama also unveiled an intriguing teaser that starts off with Seo Hye Seung applying lipstick on her lips with a determined look on her face. She arrives at Rex, and Choi Yoo Seon greets her. Choi Yoo Seon promises, “With Rex, you’ll surely meet a great partner.” To her clients, she declares, “Marriage is a business. Find someone who fits the criteria first, then look for love.”

Jin Yoo Hee shows her ambitious side as she claims, “I’m going to form the perfect family with the perfect man.” She hands something to Choi Yoo Seon and says, “Support me. You’ll get much more in return,” which also shows her desperation to achieve her lofty goal.

However, Seo Hye Seung gets in the way of her plans, and the two are spotted in a tense war of nerves that involves physical violence. Seo Hye Seung claims she wants to win, and Choi Yoo Seon remarks, “Become stronger. Strong enough to have the entire world under your feet. Isn’t that what revenge is?” Seo Hye Seung bravely tells her nemesis, “You’ll never have it your way,” and towards the end of the video, she claims, “I’m going to destroy her at her happiest moment.

“Remarriage & Desires” will premiere on July 15.

In the meantime, check out Cha Ji Yeon in “Taxi Driver“: