Hwang In Yeop And Seo Hyun Jin Can’t Take Their Eyes Off Each Other In “Why Her?”

SBS’s “Why Her?” has shared a glimpse of the tension between Hwang In Yeop and Seo Hyun Jin in its upcoming episode!

“Why Her?” is a new mystery romance drama starring Seo Hyun Jin as Oh Soo Jae, a cold-hearted lawyer who has grown empty after only chasing success, and Hwang In Yeop as law student Gong Chan, who would do anything to protect her.

On the previous episode of the drama, Gong Chan unlocked the secret of the mysterious USB drive that put Oh Soo Jae in danger. Armed with this new knowledge of the deep-seated corruption he was so determined to hide, Oh Soo Jae approached Choi Tae Guk (played by Heo Joon Ho) with a bold 70 billion won (approximately $54.2 million) offer.

In newly released stills from the drama’s next episode, Oh Soo Jae meets Gong Chan for drinks after her fierce negotiation with Choi Tae Guk. In contrast to the fiery, vicious attitude with which she went after the head of her law firm, her gaze is soft and almost sorrowful as she looks into Gong Chan’s eyes. Meanwhile, the smitten Gong Chan returns Oh Soo Jae’s gaze with obvious affection.

As the romantic tension between the two leads continues to grow, Oh Soo Jae’s seemingly vulnerable demeanor in the photos raises the question of what the pair might be discussing over drinks. 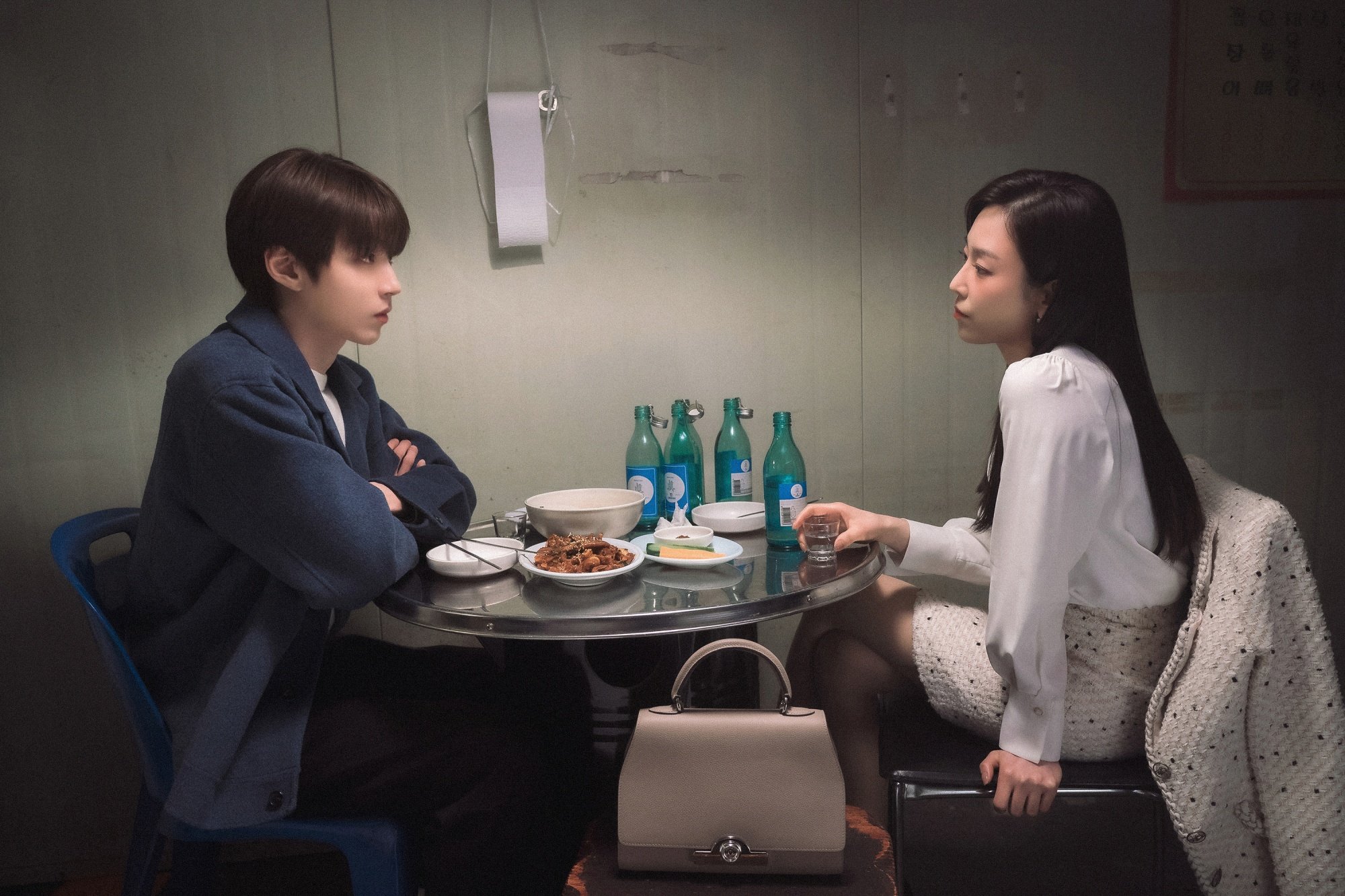 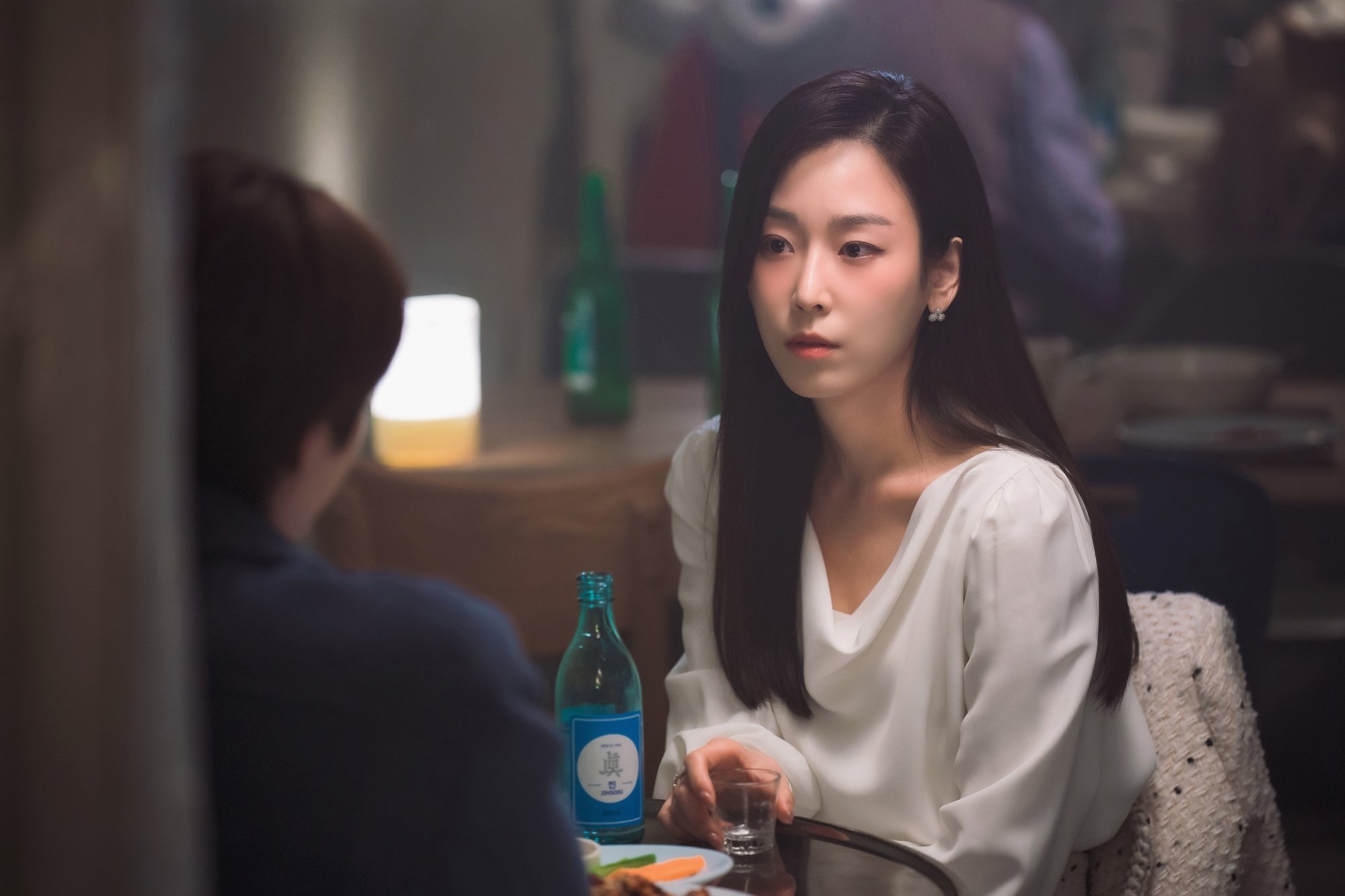 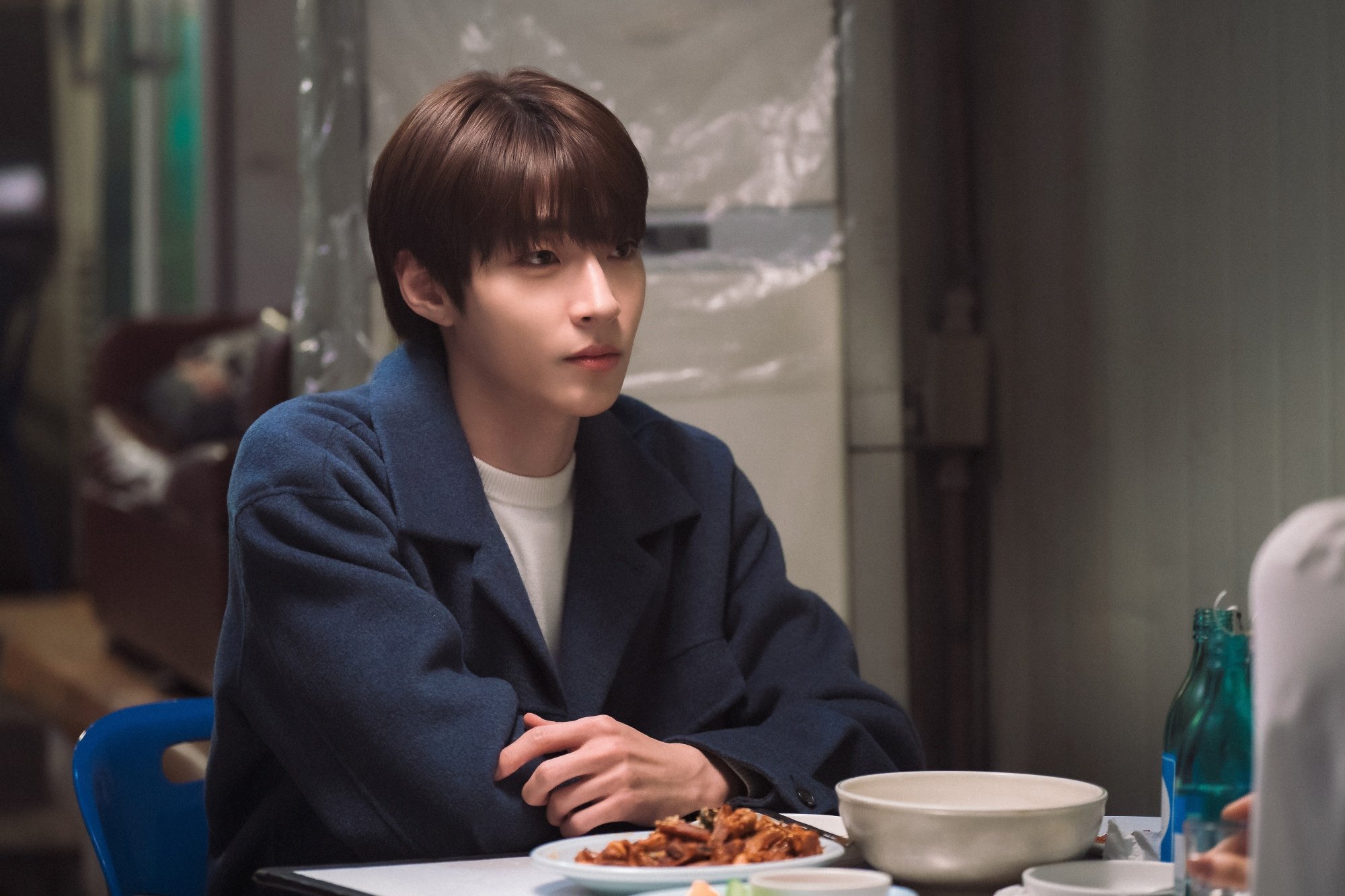 The producers of “Why Her?” teased, “The changes in Oh Soo Jae, who is swept up in unfamiliar emotions that she has never felt before, and Gong Chan’s unchanging sincerity towards her will make viewers’ hearts flutter with will-they-won’t-they heartache.”

They added, “Please keep an eye on the transforming relationship between the two, who are gradually seeping into each other’s hearts as they are caught up in a stormy whirlwind of events.”