Watch: Na In Woo And Girls’ Generation’s Seohyun Can’t Stop Teasing Each Other Behind The Scenes Of “Jinxed At First”

KBS2’s “Jinxed at First” has shared a behind-the-scenes look at the drama!

Based on a webtoon called “The Jinx’s Lover,” “Jinxed at First” is a new fantasy romance drama about what happens when a poor, unlucky man stumbles upon a goddess of fortune who jumps out into the unknown to undo a curse despite having been hidden away by a chaebol family.

Na In Woo stars as the “jinxed” fish seller Gong Soo Kwang, while Girls’ Generation‘s Seohyun plays Seul Bi who has the special power of being able to see a person’s future when she touches them.

In the beginning of the video, Na In Woo stealthily slides over to tap Seohyun on the shoulder before moving away to feign ignorance, but Seohyun immediately turns to him and gives him a light smack on the shoulder as payback. Later on in another scene, their antics continue when Na In Woo picks up a fake fish to surprise her. He succeeds in scaring Seohyun, saying, “She gets fooled every time.”

At the amusement park, Seohyun tries to put a crown on Na In Woo’s head, but stumbles in the process due to their height difference. At the boxing machine, Na In Woo is determined to get a good score, but his hand keeps slipping. Seohyun consoles him with a laugh before telling the camera, “He’s going through a lot.” 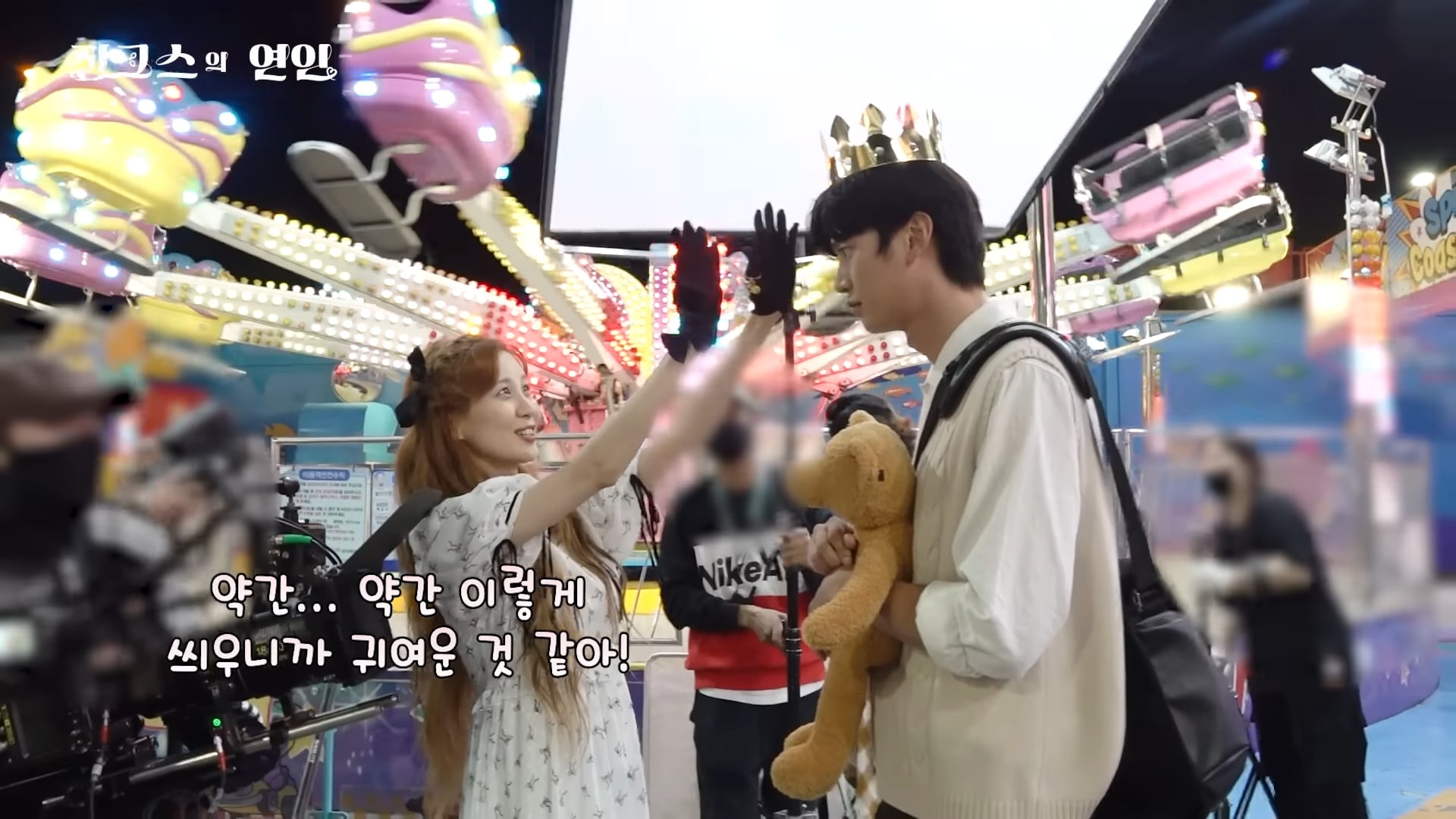 Later on, Seohyun is joined by Yoon Ji Hye for some action scenes. Yoon Ji Hye cools herself off with a fan while saying, “it’s so hot. I had no idea there would be so much action.” Seohyun responds, “But it’s fun though.” The pair film a scene running through steam, which Seohyun says is going to make her eardrums burst. However, Yoon Ji Hye and Jo Ji Hyun agree the steam also felt refreshing despite the noise.

When Na In Woo sits down to eat with Seohyun, they both work together to decide on their ad-libs. Na In Woo exclaims, “Wow, you made eel!” Seohyun then deadpans, “It’s dried pollack.” He laughs sheepishly and edits his line, to Seohyun’s amusement. In another scene, Na In Woo enjoys riding a bicycle, but when it goes too fast down the hill his screaming sounds convincingly real. When confronted about it, he tells the camera, “Of course it’s acting.”

Girls' Generation
Seohyun
Yoon Ji Hye
Na In Woo
Jinxed at First
How does this article make you feel?