Kim Young Dae And Jin Ho Eun Share History Of Their Friendship, What Their Ideal Manager Would Be Like, And More

Kim Young Dae and Jin Ho Eun let out their mischievous sides in a new pictorial for Allure magazine!

The on-screen star and manager duo from the “Sh**ting Stars” celebrated the finale of the drama with a photo shoot. In the interview that followed, the two gave insights into their real-life friendship. 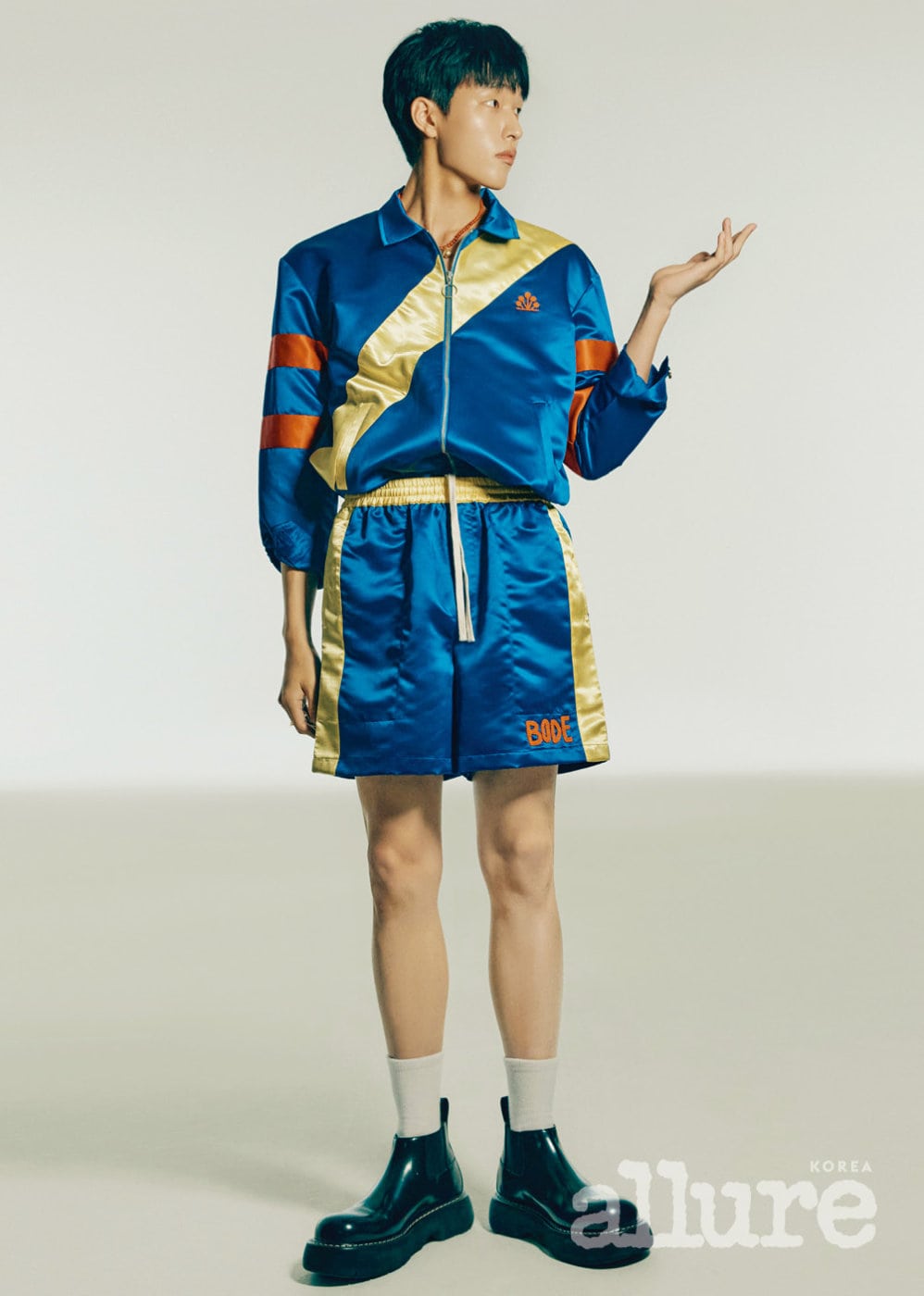 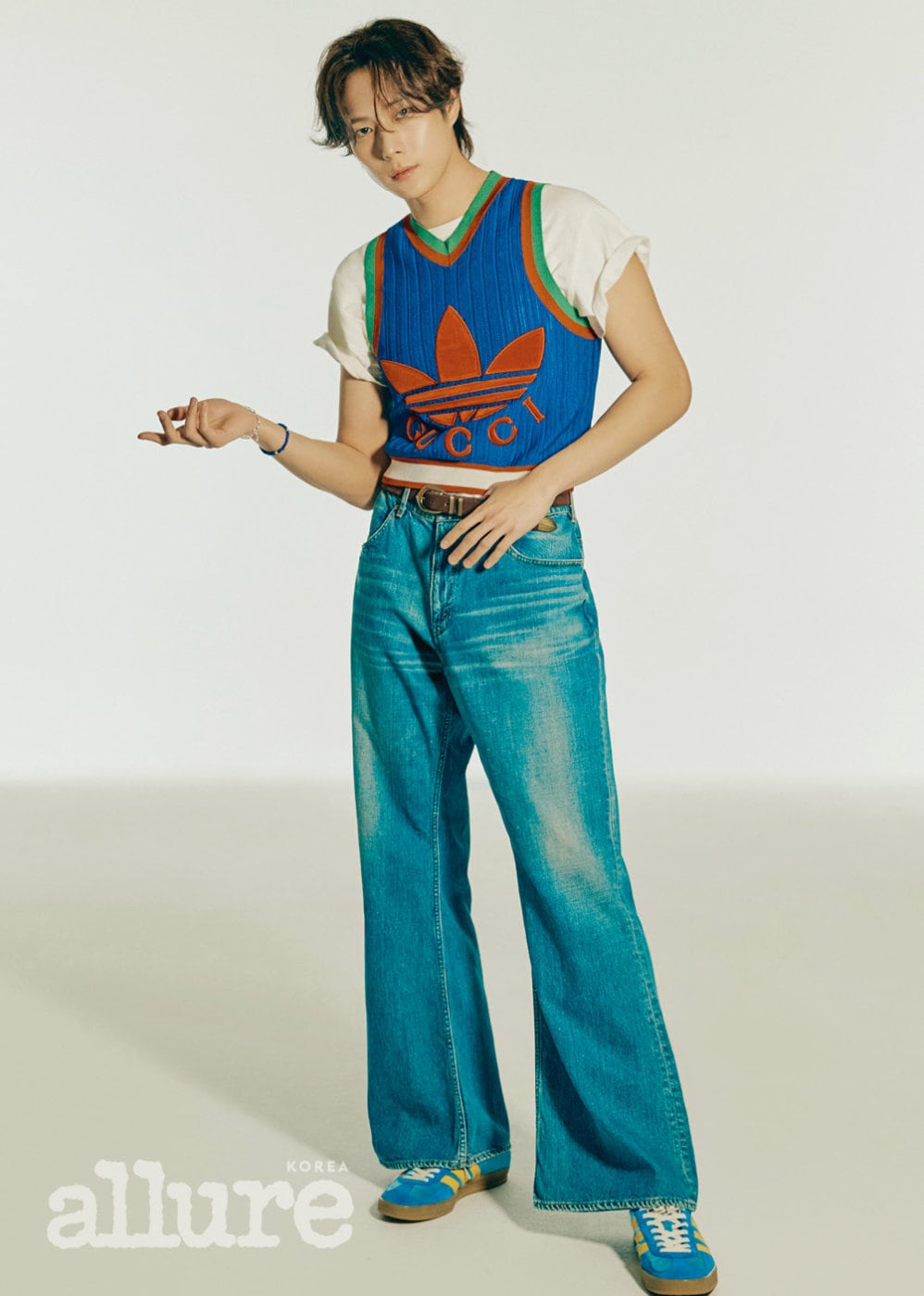 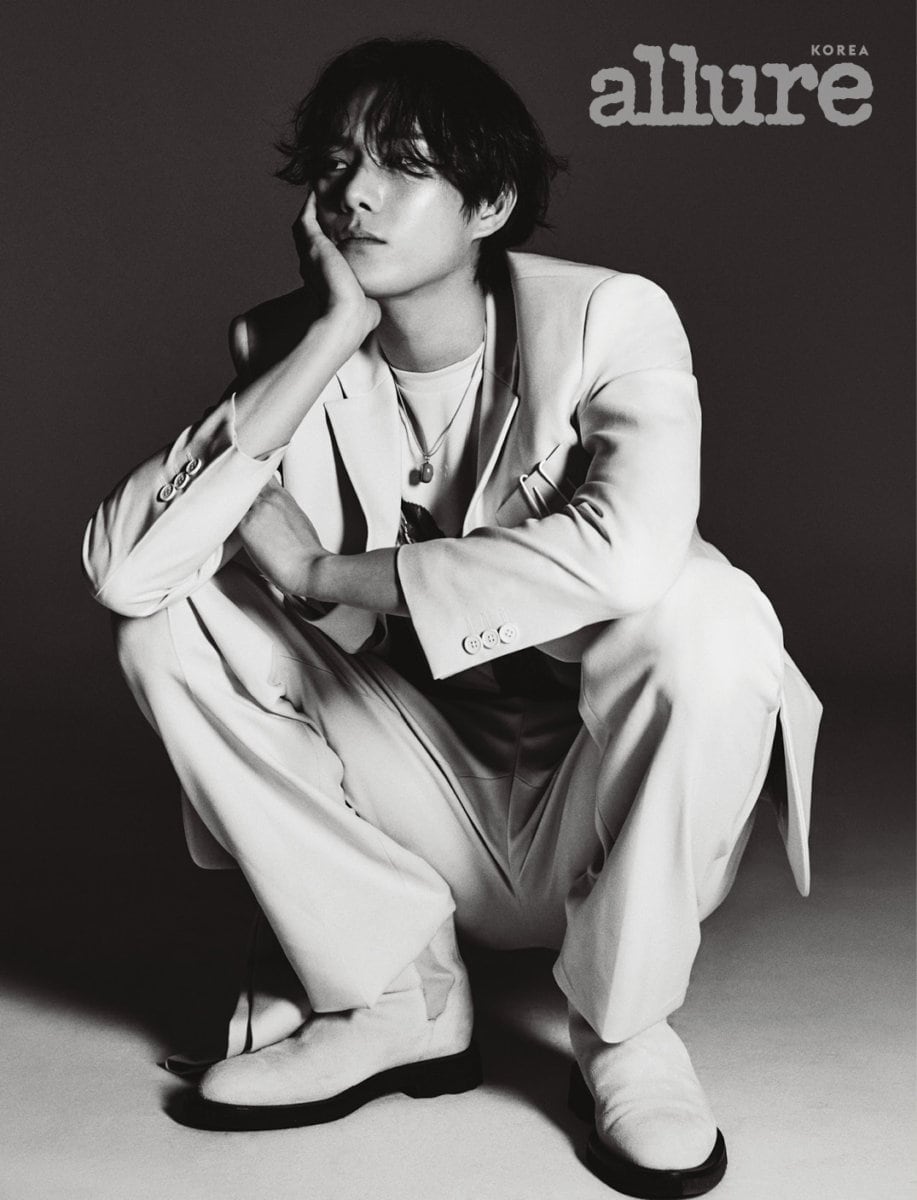 Going all the way back to the beginning, the actors explained how they first came to know each other around five years ago as the first two actors to sign with their company. Jin Ho Eun shared, “There’s one instance I remember for certain. After a work meeting, I asked him if I could come over to his house. He gladly said yes, so we took a taxi together to his place.”

Kim Young Dae also had a memorable moment to share, saying, “My birthday is March 2, but there was a time we met up on the night of March 1. He didn’t know it was my birthday. While talking about this and that, I mentioned that the next day was my birthday, and he suggested we buy a cake and celebrate at my place. That was back when I lived in a studio. In that small room, we put in candles into a slice of cake and blew it out at midnight. I still remember that night clearly.” Jin Ho Eun insisted, “I knew it was your birthday. Now, we should get you an entire cake.” 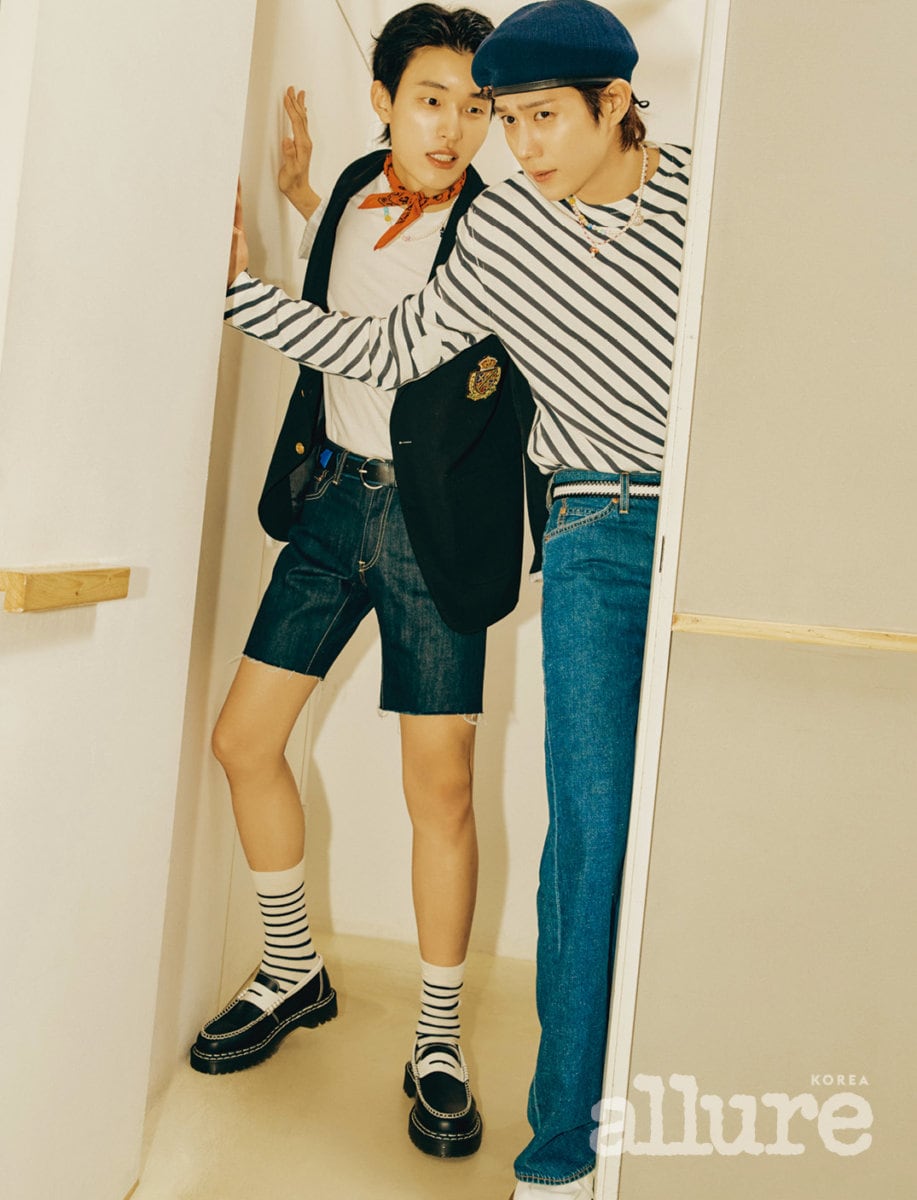 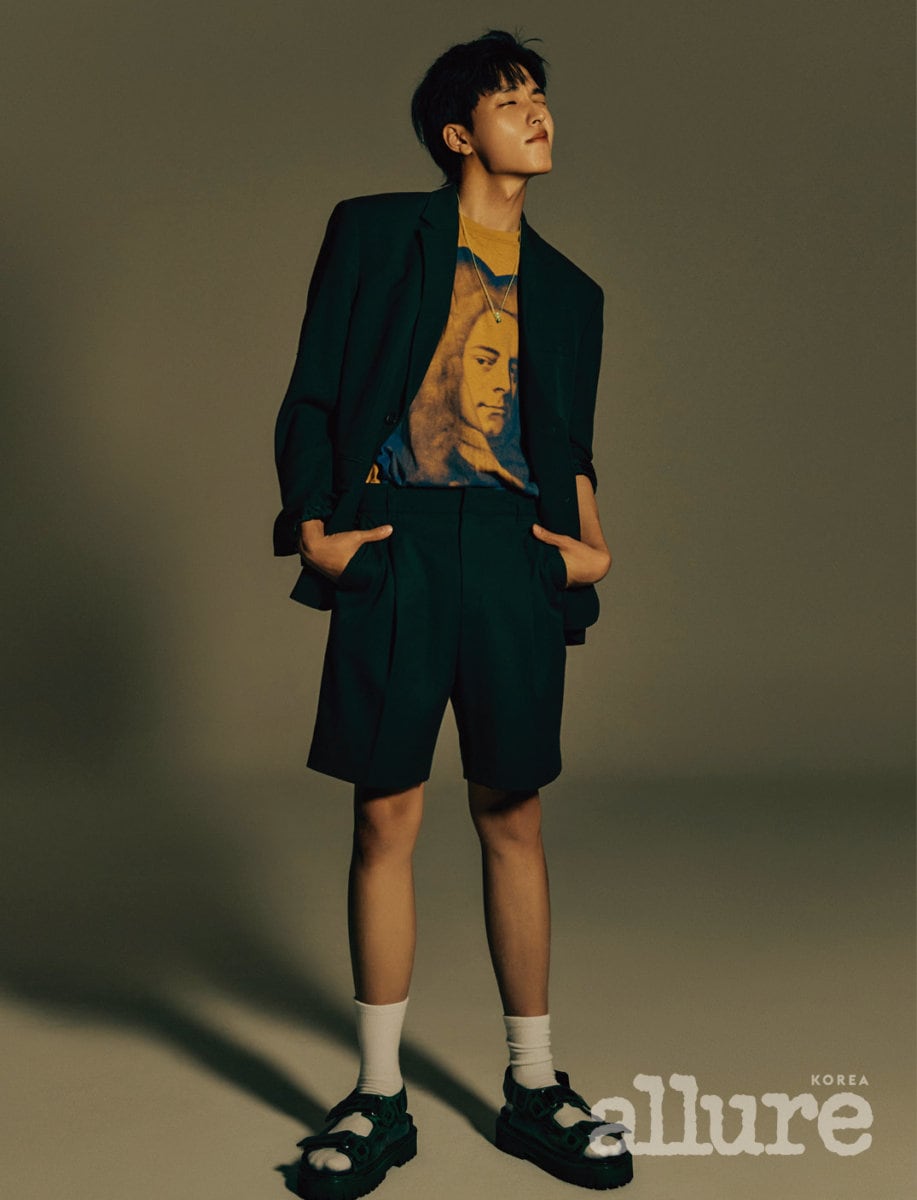 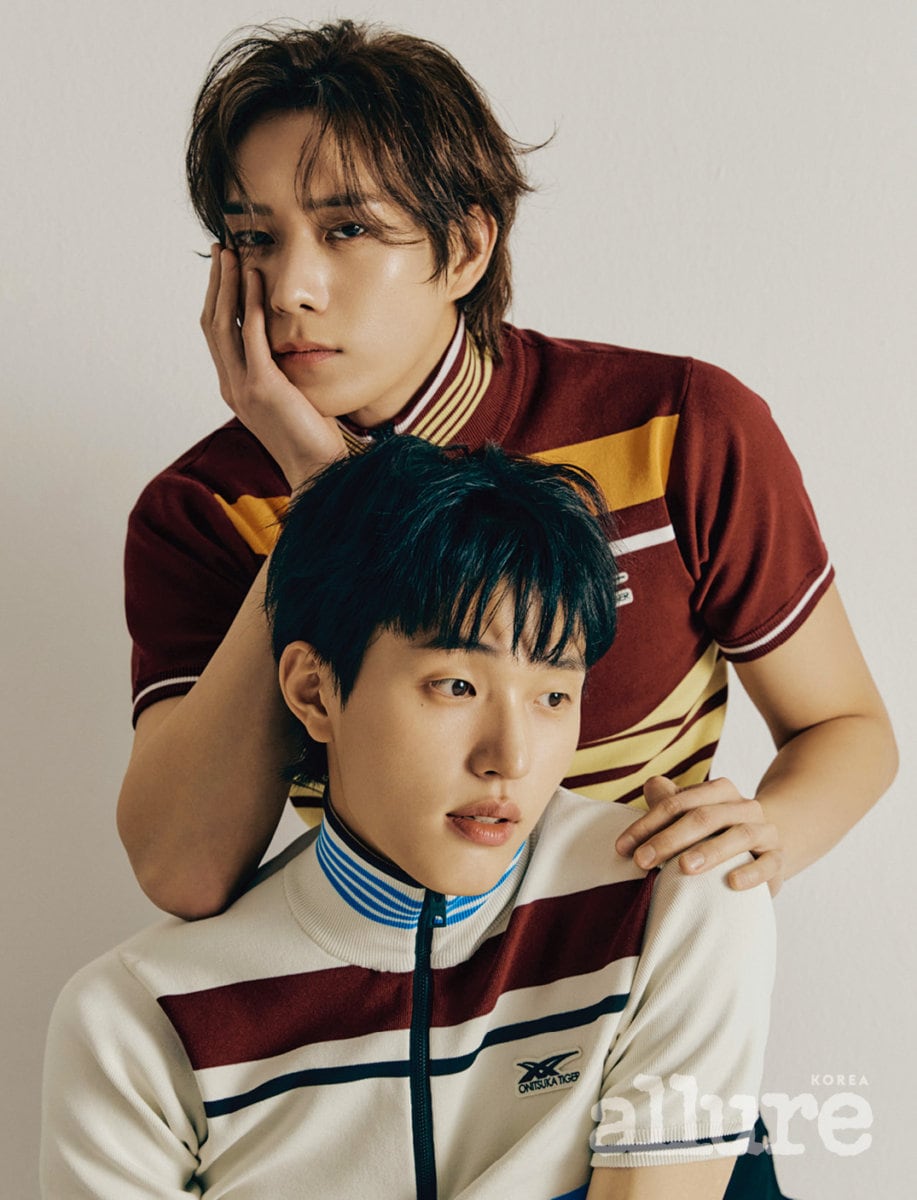 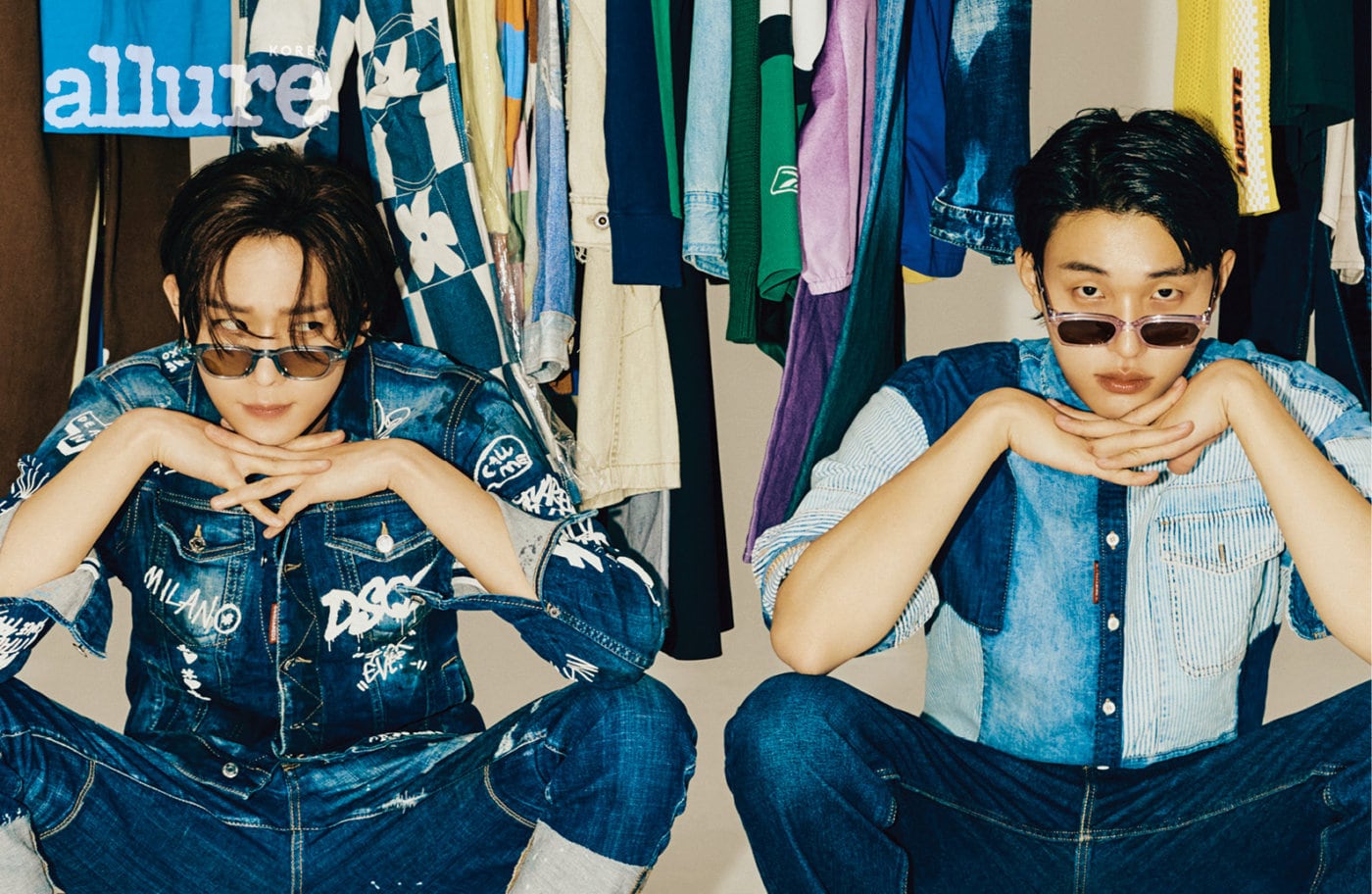 The two brainstormed and shared the traits that their ideal manager would have. Jin Ho Eun said, “They would be someone who is as sincere and passionate as myself and someone who is looking towards the same direction. That way, they’ll be someone who has plans to stick around for long. Then, I can depend on them and let my guard down.” As for Kim Young Dae, he said, “I think a person who understands this line of work would make a good manager. Actors and managers alike give up a lot of their personal lives. Also, because we’re together all day, you will get to know parts of each other that you don’t want to know.”

About 30 staff members were present at the photo shoot. When asked which role they would rather take other than being the actors, Kim Young Dae replied, “Oh, that’s an interesting question. I think I’d like to take on a role similar to the magazine editor. It involves creating, so I think it’ll be fun. It means putting something together and the fun of pulling out different sides of the artist.” Jin Ho Eun responded, “I’d like to be the stylist or photographer. I have a lot of interest in working with visual art. I originally majored in modeling because I wanted to be a designer, then I got into acting.”

“Sh**ting Stars” dealt with the life of a global superstar. On that lifestyle, Kim Young Dae commented, “I think superstars would also have the same routine. They work on set and meet a lot of people. I don’t know about that life, but I feel like it would all be the same in the end. You can’t force becoming a top star. I think it happens when an opportunity rises and you receive help from those around you. I don’t even want to be a top star to be honest.” Jin Ho Eun added, “I agree. Rather than a star or a celebrity of sorts, I want to be an actor. It’s my dream to become a good actor.” 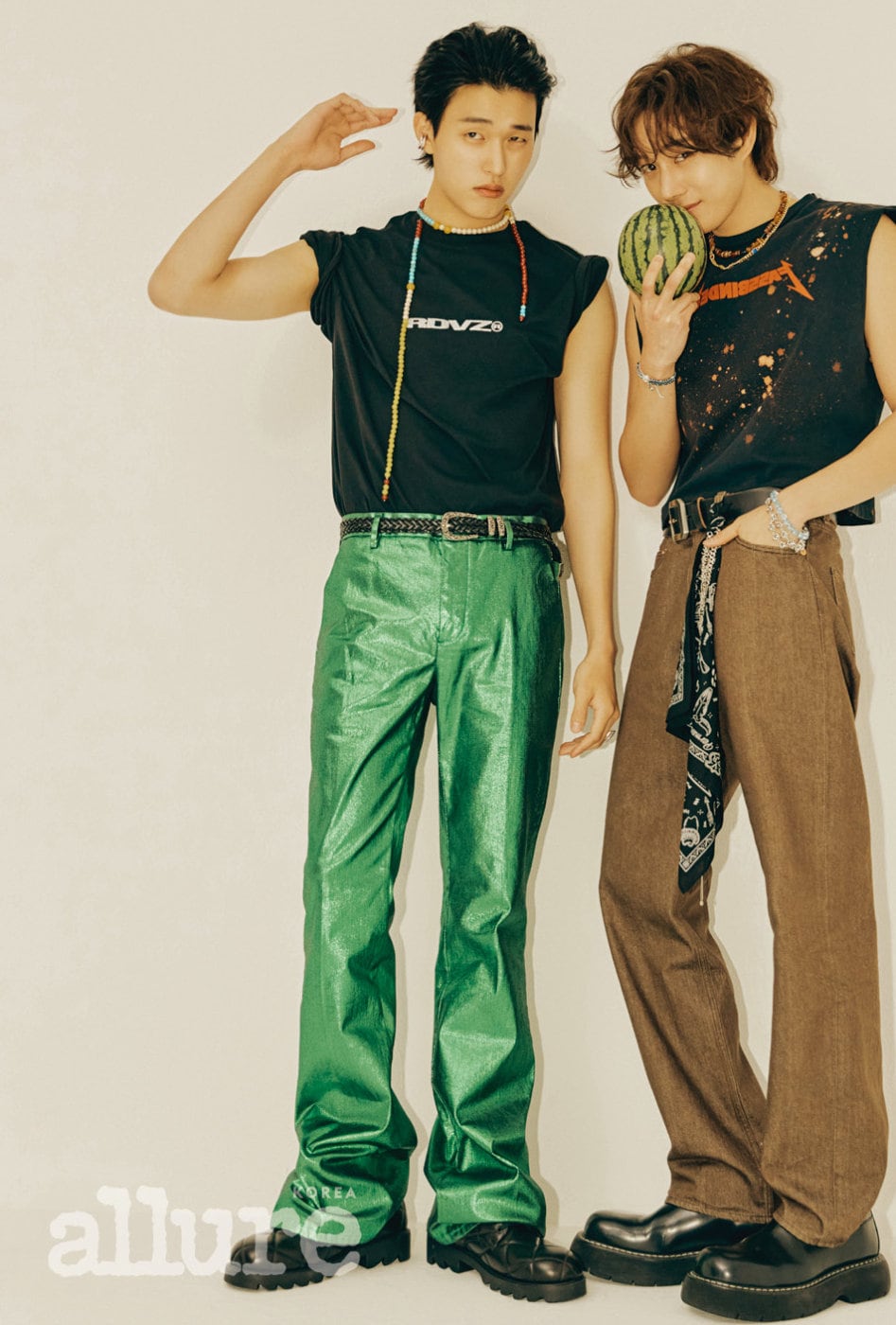 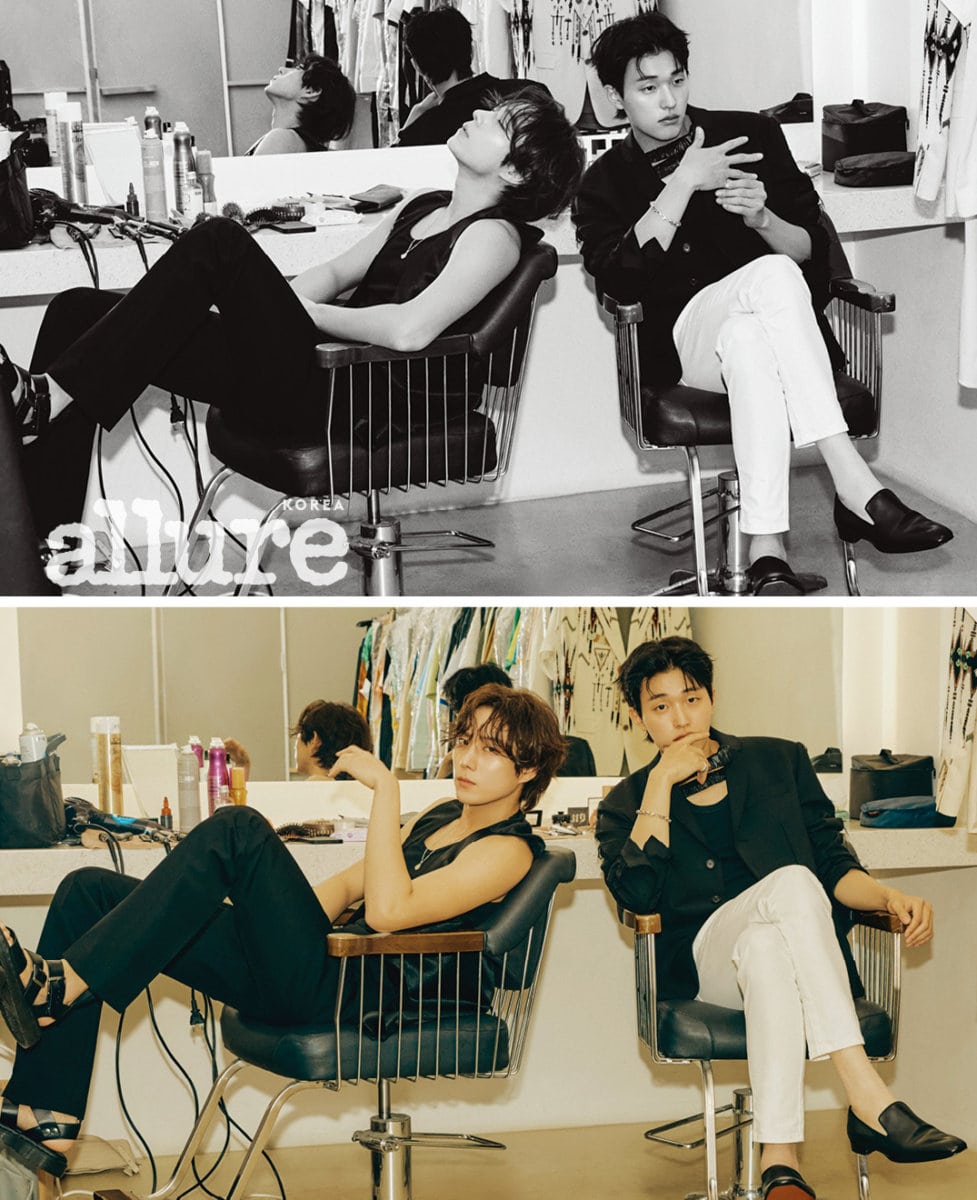 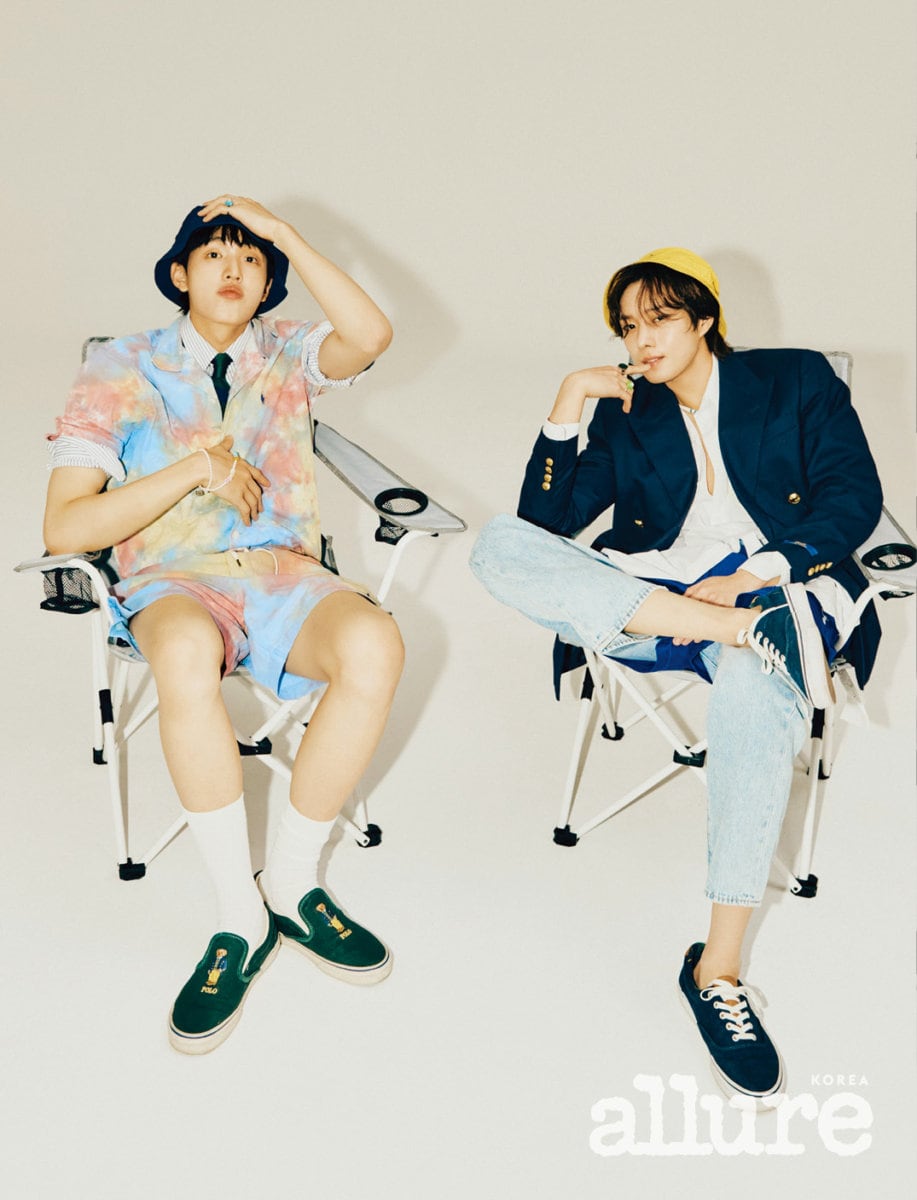 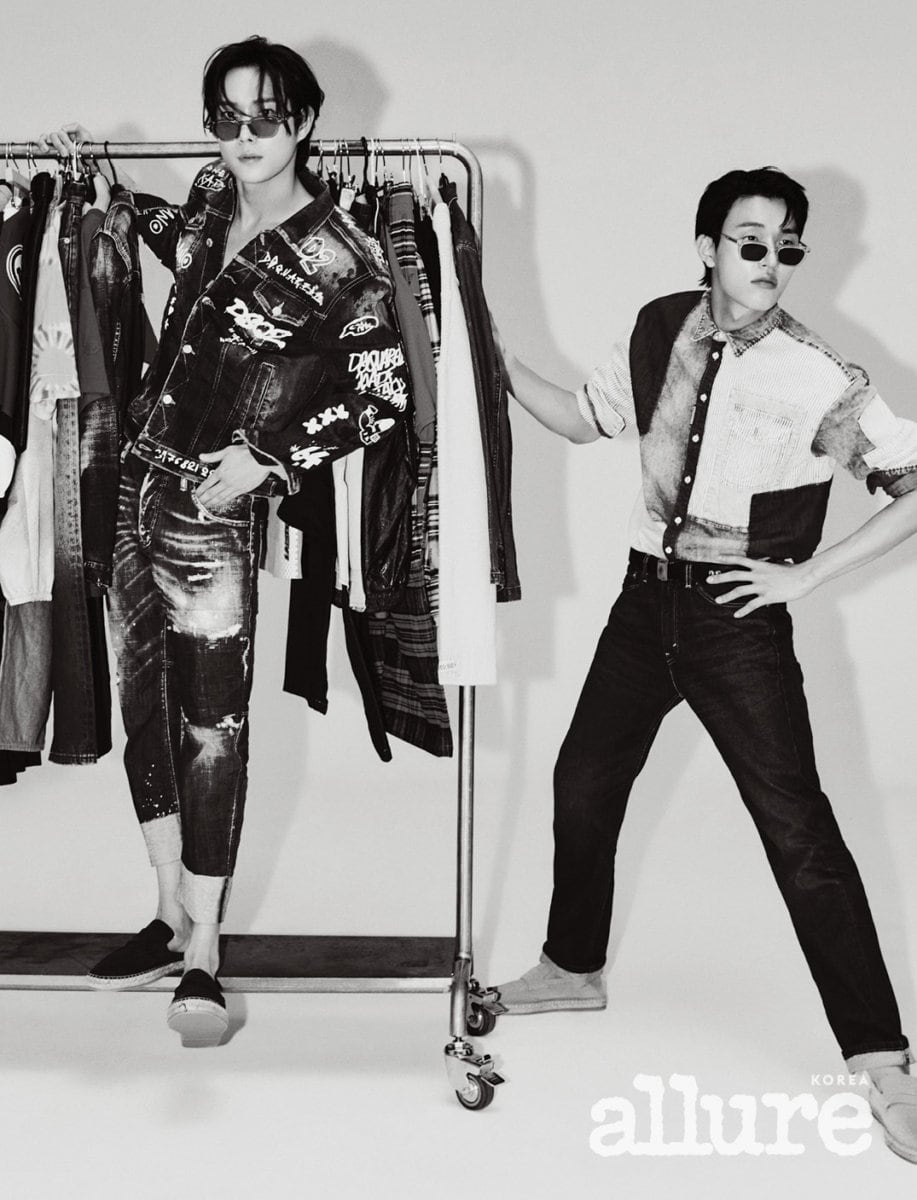 After sharing the ins and outs of their friendship, the two also had comments to make on areas where they don’t align or where they draw the line.

They agreed that they don’t have any similarities from their interests to their favorite foods and drinking habits. For example, Jin Ho Eun doesn’t drink, and he only drinks a bit with Kim Young Dae but credits him for teaching him the world of drinking whiskey. They also agreed that a good place to draw the line in a friendship is not knowing each other’s house entrance passcode.

When asked if they thought they’d still be in touch at the age of 60, Kim Young Dae answered, “We’ve got to if we’re alive.” But Jin Ho Eun added, “60? Until 30, certainly. But do you think we’ll do so at 40? I think I will, but I don’t think he will. He never reaches out to people first.”

Wrapping up the interview, the two friends shared when they were proud of one another. Kim Young Dae said, “For both myself and Jin Ho Eun, we’re continuously improving and growing. I’m really thankful for that. When he comes out in a drama, I tell people around me. I go, ‘Have you seen him in “All of Us Are Dead”?’ I’m thankful to him because he’s a source of support, and I don’t think I’ll ever fall apart because I have someone like him to talk to. I always feel at peace with him, and I’m grateful. That’s it.”

Jin Ho Eun responded, “Wow, you put in a lot of effort. I’m not embarrassed of expressing things like this. I was really grateful for Kim Young Dae while shooting ‘Sh**ting Stars.’ He really took care of me well. I was the youngest in the cast. I worked really hard and tried really hard to do well, but there were still areas I lacked in. He took care of me and helped fill in a lot of those gaps. He is truly an honest and genuine person.”