tvN’s “Eve” has shared a glimpse of the tension between Seo Ye Ji and Yoo Sun in the upcoming episode!

Previously, Lee Ra El perfectly captivated Kang Yoon Kyum (Park Byung Eun) and forced him to choose her over his wife Han So Ra (Yoo Sun). Han So Ra was furious that her husband wasn’t with her on her birthday and even had his cell phone turned off. At the end of episode 6, Lee Ra El intentionally told Han So Ra that she thinks Kang Yoon Kyum is having an affair, sparking a marital feud between them.

In newly released stills from the next episode, Han So Ra shots Lee Ra El a sharp glare. Her firm expression is filled with intense anger, and it looks like she’s on the edge. She eventually shoves Lee Ra El against the wall and presses her neck with her arm, causing tension to escalate. Lee Ra El looks flustered, and her eyes are wide with shock. However, she must have known Han So Ra would come out this way, raising questions about why she brought Kang Yoon Kyum’s affair to the surface. 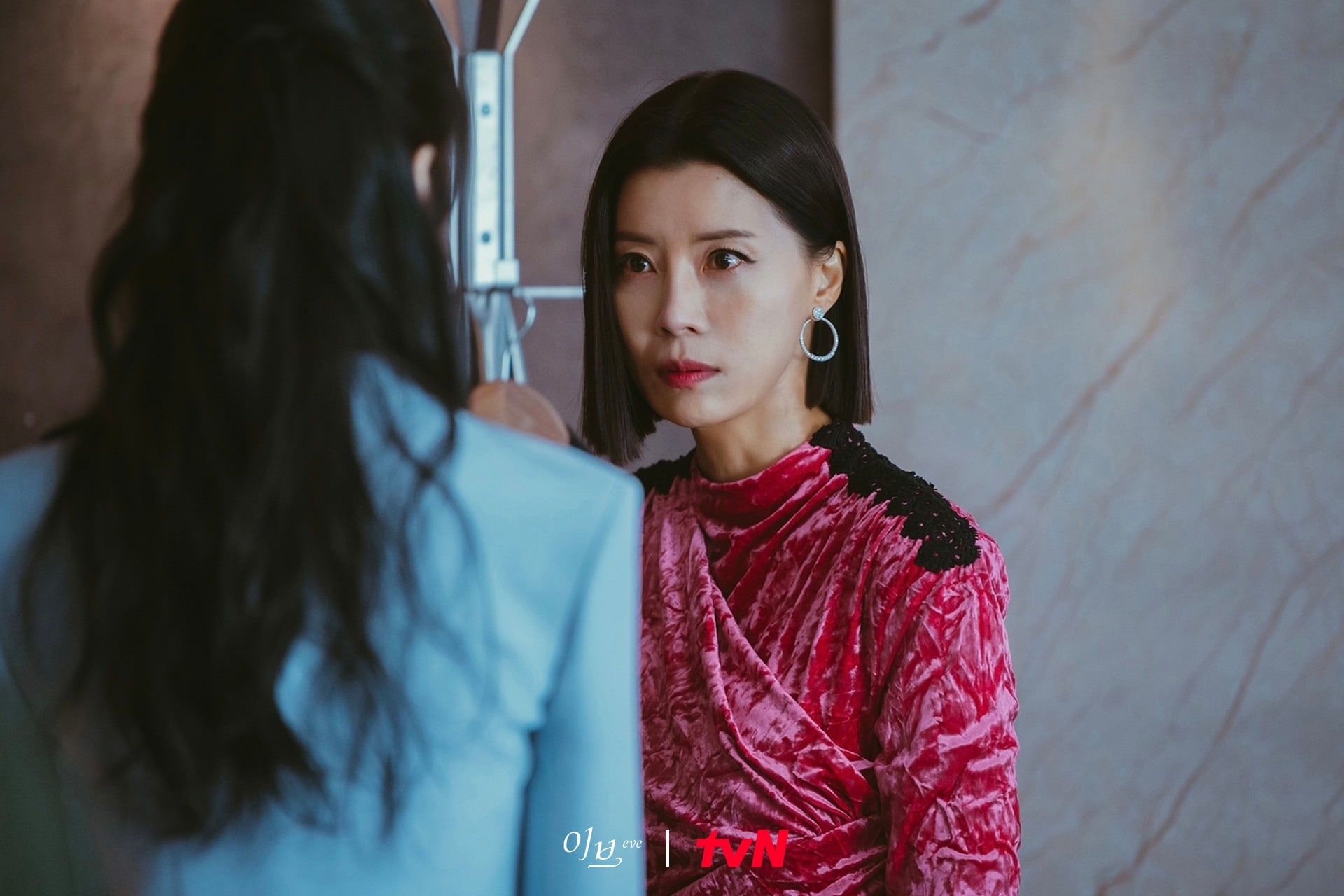 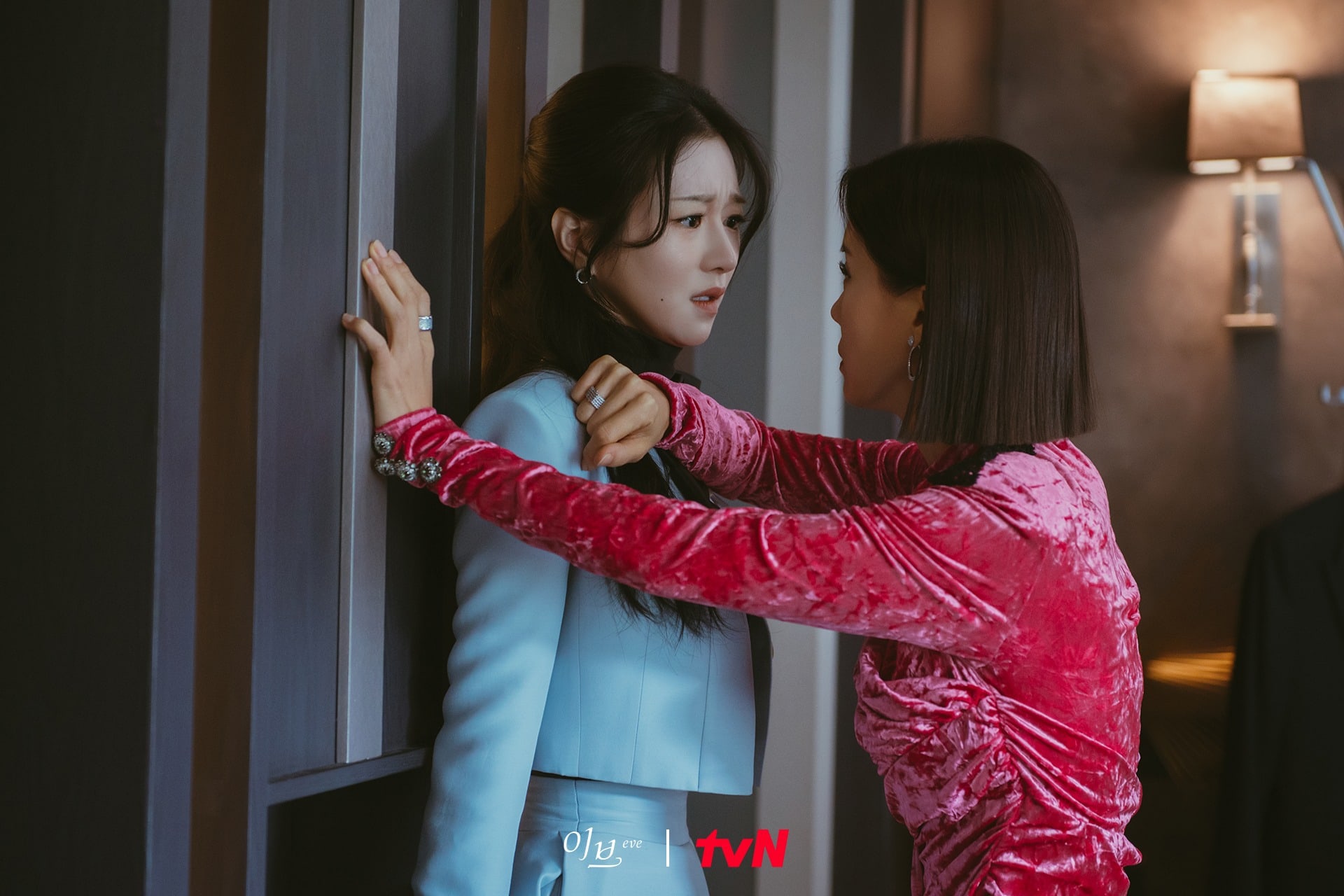 The producers of “Eve” teased, “Han So Ra’s anger will reach its peak this week. Please wait and see how Han So Ra, who has achieved everything she wants, will respond to the alleged extramarital affair of her husband Kang Yoon Kyum.”