SBS’s “Woori the Virgin” is gearing up for its finale!

A remake of the hit American show “Jane the Virgin” (which was itself based on a Venezuelan telenovela), “Woori the Virgin” tells the story of a woman named Oh Woo Ri (Im Soo Hyang) who has been strictly maintaining her chastity before marriage but winds up pregnant after an accidental artificial insemination during a medical exam.

Previously, Raphael (Sung Hoon) and Lee Kang Jae (Shin Dong Wook) simultaneously confessed to Oh Woo Ri and continued to compete for her heart. However, at the end of the second-to-final episode, Oh Woo Ri confessed that she had already decided on who to marry, raising anticipation for the upcoming big reveal during the finale.

The newly released stills depict Oh Woo Ri surrounded by a romantic atmosphere as she affectionately gazes into someone’s eyes. Viewers are curious to find out if the man she is standing in front of is Raphael or Lee Kang Jae. Having received extravagant proposals from both Sung Hoon and Lee Kang Jae, Oh Woo Ri steps up to propose this time by going down on one knee. She looks up while offering someone a ring, making viewers’ hearts flutter. 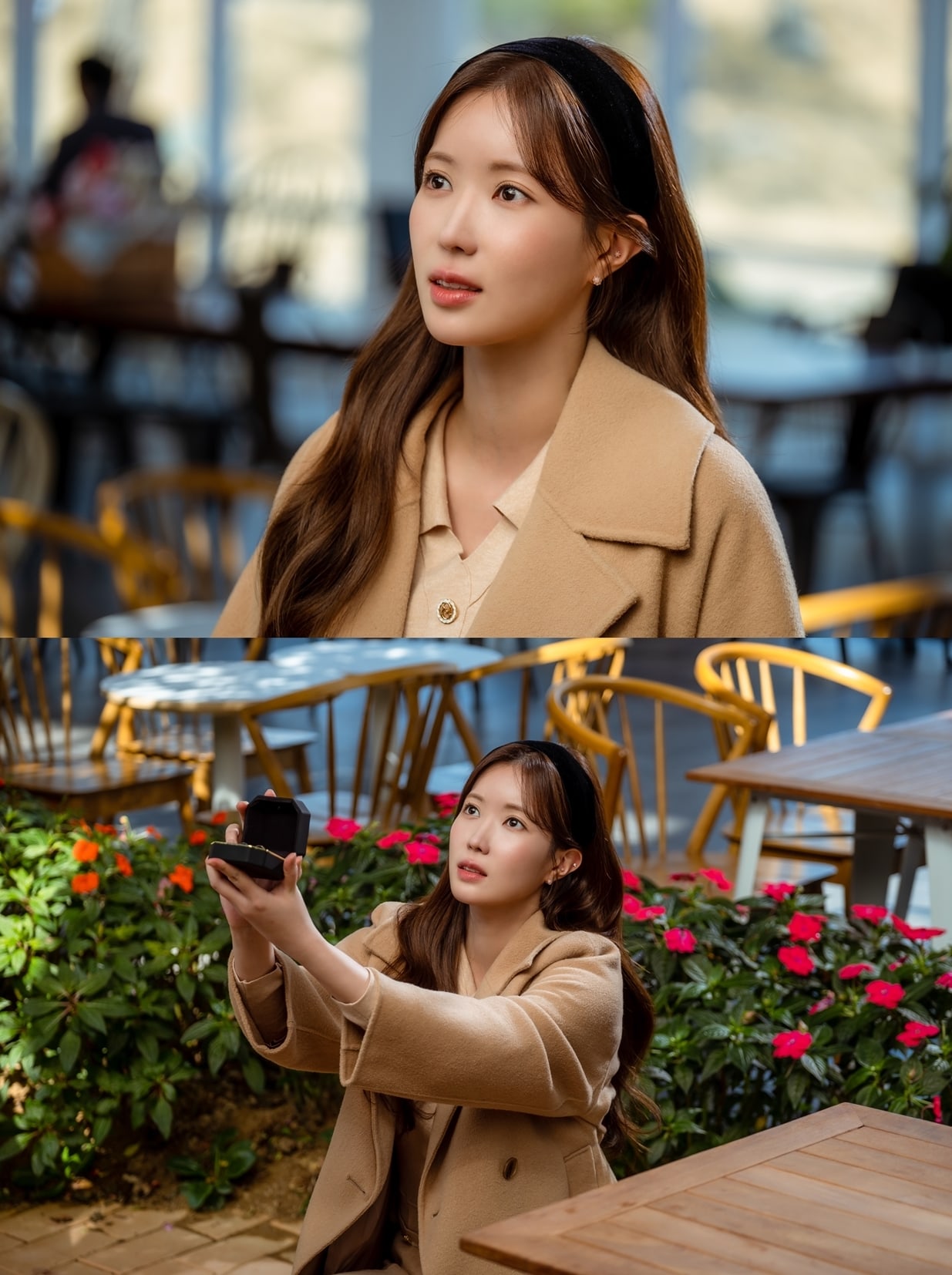 Catch up with “Woori the Virgin” below:

Im Soo Hyang
Shin Dong Wook
Woori the Virgin
How does this article make you feel?