The cast of SBS’s “Woori the Virgin” thanked the viewers after the drama came to a successful close earlier this week!

A remake of the hit American show “Jane the Virgin” (which was itself based on a Venezuelan telenovela), “Woori the Virgin” tells the story of a woman named Oh Woo Ri (Im Soo Hyang) who has been strictly maintaining her chastity before marriage but winds up pregnant after an accidental artificial insemination during a medical exam. Sung Hoon plays Raphael, the CEO of a large company, while Shin Dong Wook plays detective Lee Kang Jae.

Im Soo Hyang shared, “‘Woori the Virgin’ was a big challenge for me, and it’s a project that allowed me to become more mature. After seeing how Oh Woo Ri makes decisions and moves forward amidst an unpredictable situation, I also gained the courage to walk my own path with conviction in the case that unexpected events and crisis occur in the future.” The actress expressed her hopes that viewers were able to smile without worry while watching Oh Woo Ri move forward with her decisions, and she also thanked her co-stars and production team.

Sung Hoon shared, “I want to convey my infinite gratitude to viewers who tuned in to ‘Woori the Virgin.’ I hope that the message and laughter the drama intended to deliver were passed on well. In addition, I will cheer for the viewers who have been with us until now to have healthy lives and everyday happiness.”

Shin Dong Wook commented, “I think the word ‘love’ has many meanings. I’m curious if [viewers] were able to see their ‘love’ reflected amidst the stories of various figures within ‘Woori the Virgin.’ Like Kang Jae and Woo Ri, I hope you can protect and grow your love. While wrapping up ‘Woori the Virgin,’ I got the thought, ‘Will I be able to meet better people than this going forward?’ While working together with all the production team members and actors, I had such a happy time. I want to deliver love unique to Kang Jae to everyone who rooted for Lee Kang Jae.” 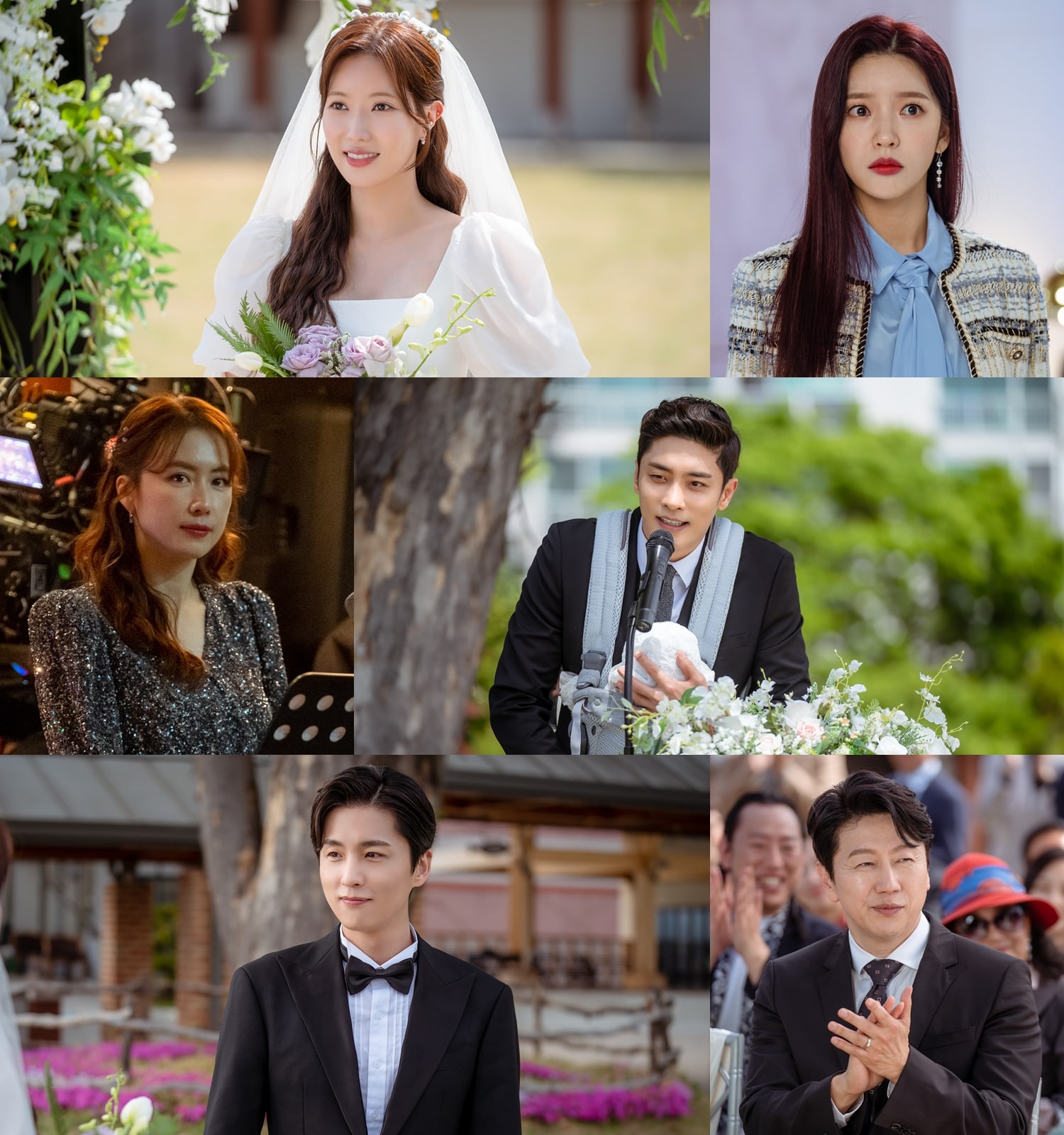 Hong Eun Hee, who played Oh Woo Ri’s mother Oh Eun Ran, remarked, “Even for me who [participated in] the filming, ‘Woori the Virgin’ was a very enjoyable project. It was an even happier set to have been with the production team including the director and scriptwriter as well as the fellow actors. Thank you to the viewers who loved ‘Woori the Virgin’ and Oh Eun Ran up till now.”

Hong Ji Yoon, who took on the role of Lee Ma Ri, shared, “Since [viewers] reprimanded Ma Ri’s wrongdoings and related with her while giving encouragement after her painful story, I’m really happy and grateful that Ma Ri’s character touched the viewers as well. I will cheer for Ma Ri to be happy in the future.”

Kim Soo Ro also shared, “I’m really happy, and I had such an enjoyable time meeting such a great team and actors. I hope that our team will meet again soon.”

“Woori the Virgin” aired its finale on June 21.

Binge-watch “Woori the Virgin” below!