Park Gyuri opened with her worries about expressing such heavy issues due to her bright and happy image. She explained, “Due to the the confidence and high self-esteem that I’ve shown on broadcasts [throughout my career], I think I’ve struggled to talk about my concerns as a human, no matter where I go. As I’m a celebrity and a member of KARA, I often think that I can’t talk about my faults in case it causes an inconvenience to the groups I belong to.” 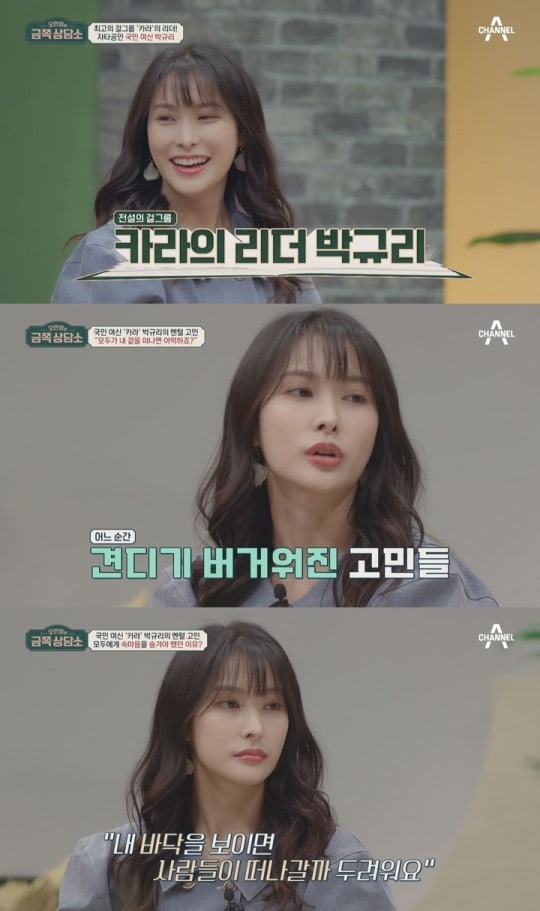 Since Park Gyuri has been in the industry for a long time after debuting as a child actress, she explained that she always felt pressured to not make mistakes. This pressure made her only want to showcase a bright image, but that eventually had a negative impact on her mental health.

The star elaborated on her tendency to keep to herself, out of fear that those around her will leave if they know how she truly feels or if she showcases an image that is anything less than perfect. Dr. Oh Eun Young explained this as a phobia of comfort, because while Park Gyuri wants to be honest and feel comforted, she chooses to stay silent in case her honesty becomes a weakness. 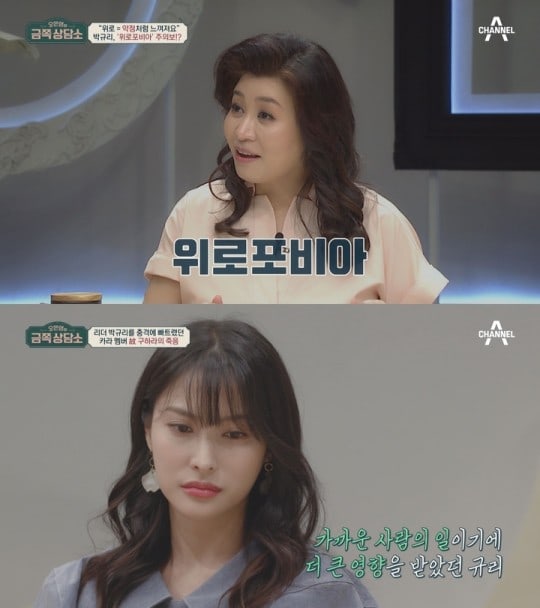 Park Gyuri revealed, “Over the past two to three years, there have been a lot of difficult situations. My emotions blew up at the end of last year. At the start of this year, I went to Gangneung for about a month and cut off contact with everyone. I went alone and voluntarily chose isolation. But that felt more comfortable.”

Hearing this made Dr. Oh Eun Young comment, “Completely isolating yourself means you’ve lost all affection for humans.” Park Gyuri responded, “I’ve lost my love for humanity. It wasn’t one thing [that caused this]. A lot of different situations occurred and overlapped with one another and I think my energy reached rock bottom. I thought, ‘I can’t handle this anymore.'”

Park Gyuri touched on the numerous happenings over the past few years that affected her mental health, such as her first time publicly dating since her debut. In late 2019, Park Gyuri confirmed that she was in a relationship with a non-celebrity, who was revealed to be Song Ja Ho, an art curator and the eldest grandson of the Dongwon Construction Industry family. The pair eventually broke up almost two years later.

She revealed, “I’ve always dated cautiously so once this dating news was out, I think I experienced a lot of change as a person. Since he’s someone I chose to date, I don’t really want to mention him.” Park Gyuri shared that articles, mostly of negative nature, continued to come out after their break up. Since Park Gyuri was the public figure within their relationship, she was tied to all his matters even though they had nothing to do with her.

She explained the toll this had on her, saying, “Even if I was staying still, I was getting hate. Since I’m human too, I’d look at comments and wonder, ‘Why do they have to speak so negatively [about me]?’ Certain moments made me feel like it was my fault.” Park Gyuri explained that she began to blame herself for this situation, in addition to other unfortunate happenings, such as the bankruptcy of her then-agency DSP Media. 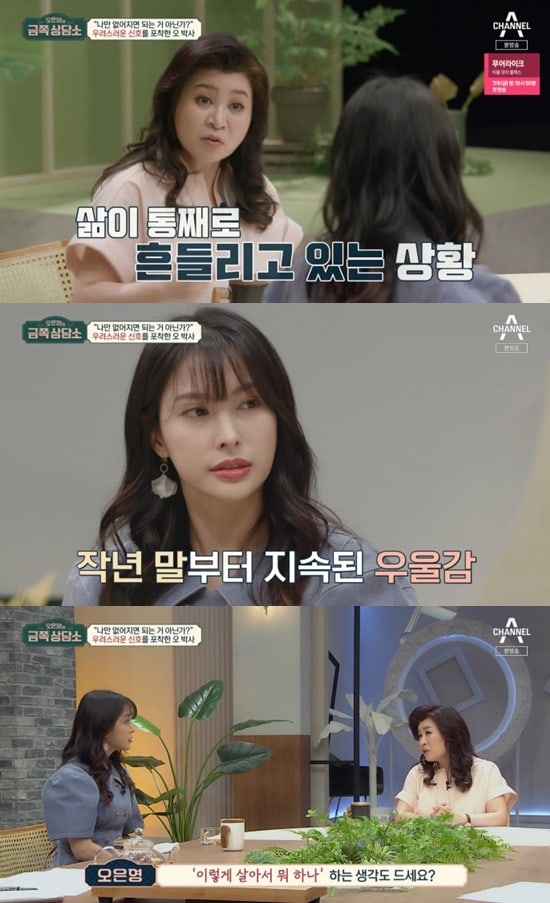 Park Gyuri dissected this feeling of guilt by explaining the beginnings of her career as a child actress. Park Gyuri comes from a family of entertainers, with her mother most notably being a voice actress. She revealed, “When I was a child actress, I didn’t have a professional agency and my mom was basically my manager. My dad often said, ‘You’re nothing without your mom.'”

She continued, “Since I know my mother’s sacrifice, I wanted to become a daughter who doesn’t tarnish her mother’s name.” This led Park Gyuri to want to find success on her own, but thinking she made poor choices only made her feel guilty for potentially not living up to what her mom wanted from her.

Later, Park Gyuri revealed that all this had led her to develop a severe case of depression. Dr. Oh Eun Young bluntly asked her, “Do you think about wanting to die? Do you think about committing suicide?” Without hesitation, Park Gyuri replied, “Yes.” Instead of beating around the bush, Dr. Oh Eun Young explained that bluntly asking these questions was beneficial in helping people air their feelings out. 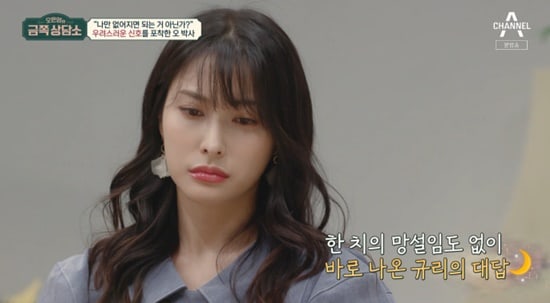 This led to Park Gyuri discussing her KARA bandmate Goo Hara, who passed away in November 2019. Park Gyuri commented, “I’m not at all blaming her, but when Goo Hara passed away, for the first time, my values and thoughts wavered a lot and eventually crumbled. I never could’ve imagined that someone so beautiful, who received so much love, would choose to leave the world.” She added, “Since my fellow member left like that [by suicide], I also wonder whether it’s okay that I talk about her with regards to my own struggles.”

Dr. Oh Eun Young comforted Park Gyuri, saying, “A member you shared pain and joy with passed away. Those who remain inevitably feel apologetic for not treating them better. I can’t imagine how hard it was at your young age.” 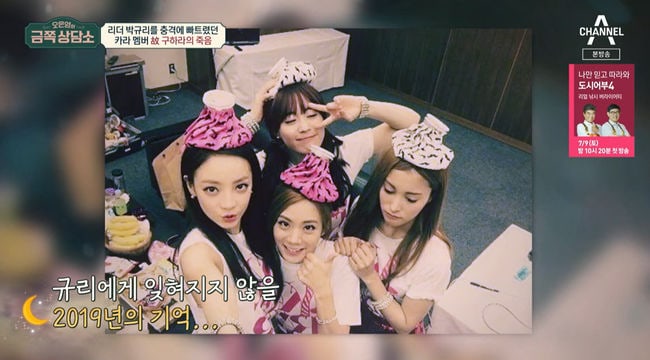 Earlier this month, KARA got together for their 15th anniversary and is currently in discussions to reunite for a special anniversary project.

Goo Hara
KARA
Park Gyuri
How does this article make you feel?