Get ready for some dangerous romantic tension on JTBC’s “Cleaning Up”!

A remake of the British television series of the same name, “Cleaning Up” tells the story of three cleaners at a securities firm that attempt to forge a new destiny for themselves after accidentally overhearing some key information about insider trading. Yum Jung Ah stars as Eo Yong Mi, the leader of the trio, while Jun So Min and Kim Jae Hwa play the other members of her squad.

Previously on “Cleaning Up,” Lee Young Shin (Lee Moo Saeng) began to express interest in Eo Yong Mi, who first contacted him under false pretenses using the name Jin Yeon Ah. When Eo Yong Mi spoke about preferring moju (a type of Korean alcohol) to wine, he broke out into a faint smile as he looked at her in a new light, and when they met at a café later on, he asked her to stay with him a bit longer so they could listen to a song that held particular meaning for him.

In newly released stills from the drama’s next episode, the growing tension between the two characters continues to build. When Lee Young Shin finds himself in a hospital emergency room late at night, his usual cold demeanor is replaced with something more vulnerable as he lets his guard down in front of Eo Yong Mi. Seeing Lee Young Shin in distress, Eo Yong Mi warmly comforts him by offering him hot water with honey. 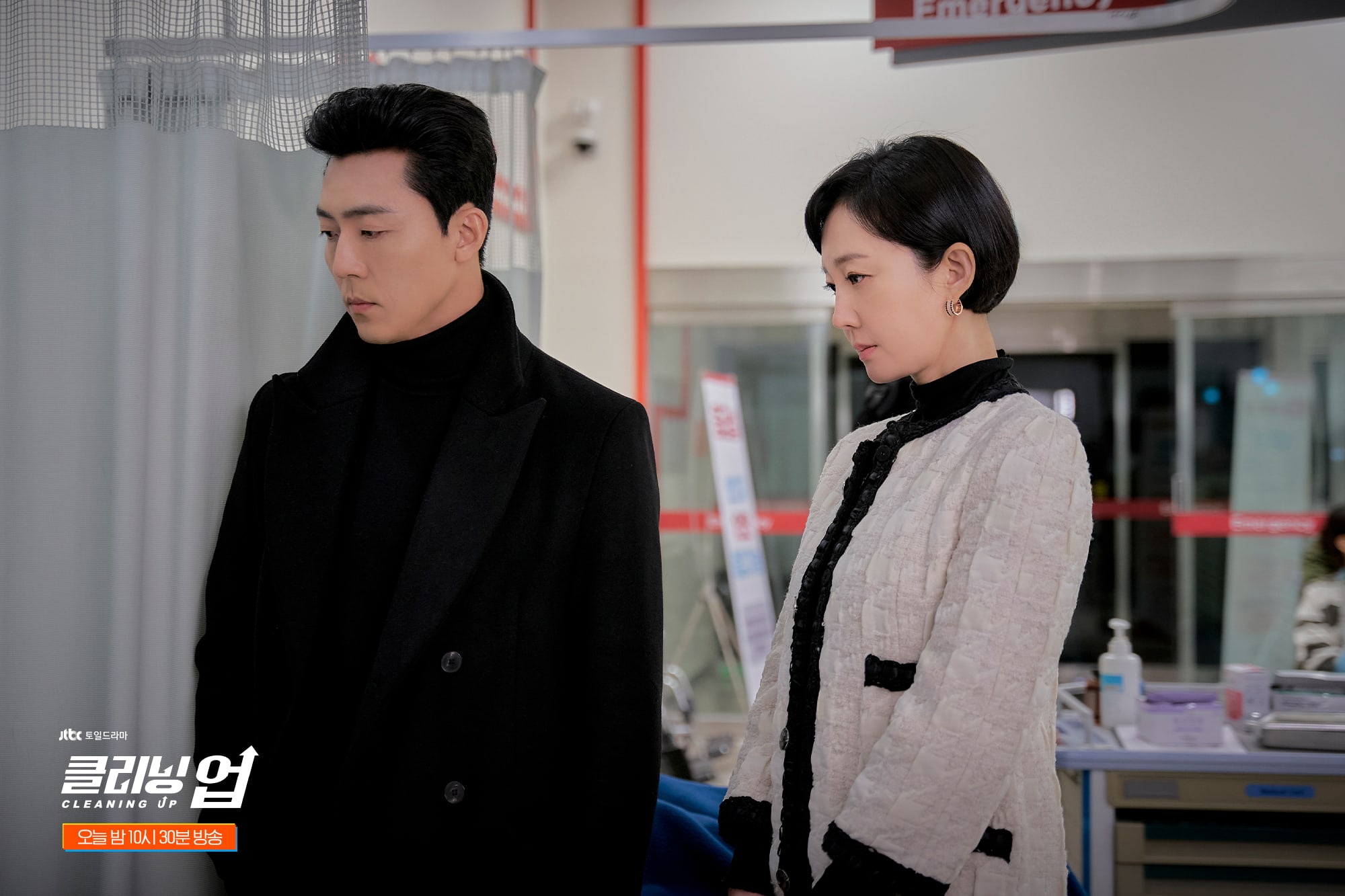 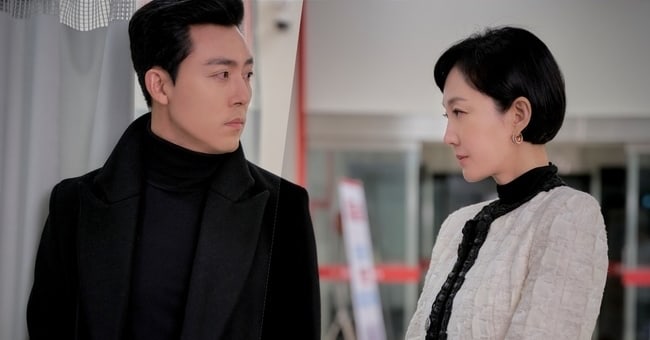 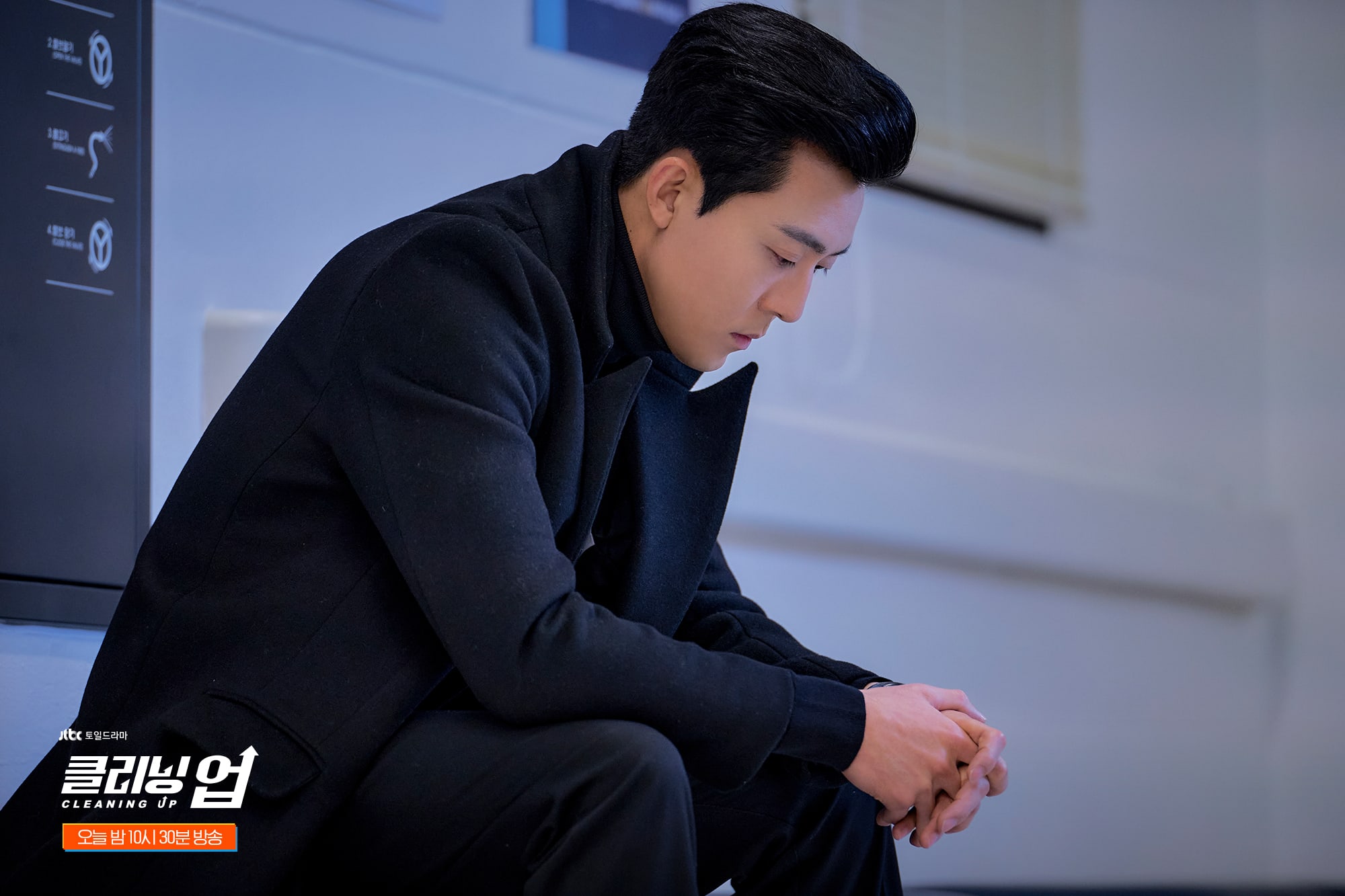 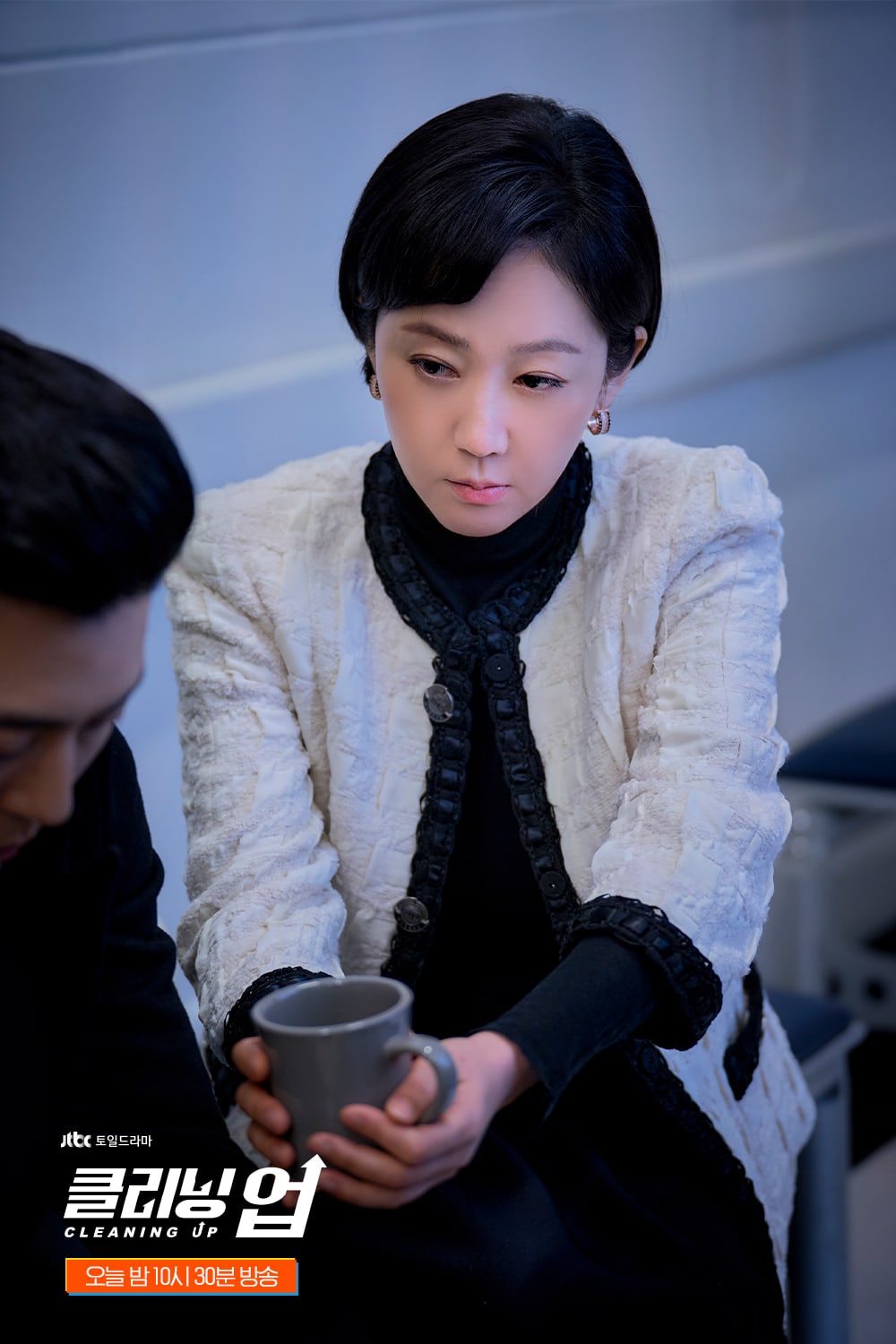 However, despite the seemingly heartwarming vibe of their developing relationship, the budding romance between the two is inherently dangerous because it was built on a foundation of lies and deceit. With Eo Yong Mi continuing to deceive Lee Young Shin about her identity, it’s unclear how safe it is for them to grow closer.

Yum Jung Ah coyly remarked, “I don’t know where this romantic interest will lead, but their relationship is one that makes you think, ‘It’d be nice if the two of them ended up happy together.'”

Meanwhile, Lee Moo Saeng commented, “Because the two people met through a dangerous project with their own interests at stake, Young Shin’s interest [in Yong Mi] will become a dizzying variable in their story.” He went on to tease, “Lee Young Shin, who was always strictly business when it came to his work, finds himself unable to work after meeting Eo Yong Mi.”

To find out whether romance will blossom between the two characters, tune in to the next episode of “Cleaning Up” on June 25 10:30 p.m. KST!

In the meantime, watch Lee Moo Saeng in “The Crowned Clown” with subtitles below:

Yum Jung Ah
Lee Moo Saeng
Cleaning Up
How does this article make you feel?