The romance in “Yumi’s Cells 2” has continued to skyrocket in recent episodes. The relationship between Babi and Yumi is one of the sweetest in K-dramaland, and maybe it’s because it’s summer, but with the rise in temperatures and these steamy kiss scenes, it’s definitely getting hot in here. The way in which Babi adores Yumi has been so healing to watch considering how hurt she was as a result of her breakup with Woong. And with Woong having entered into the picture at the end of last week’s episodes, the emotions and intensity are high, and there is a lot to learn. Here are five lessons in dating according to episodes 5 and 6 of “Yumi’s Cells 2.”

1. Pride will often push your significant other away

In the last episode, Yumi decides to sell a brand new rice cooker that she had won from a competition a while back. She sells it in order to buy Babi a little Christmas gift. It just so happens that the person who messages her to buy the rice cooker is her ex-boyfriend Woong (Ahn Bo Hyun). The two end up meeting up and are obviously shocked to see each other. It is at this moment that Woong realizes that because of his pride, he lost Yumi, and he begins to greatly regret it. He decides to no longer let pride get in the way of love. 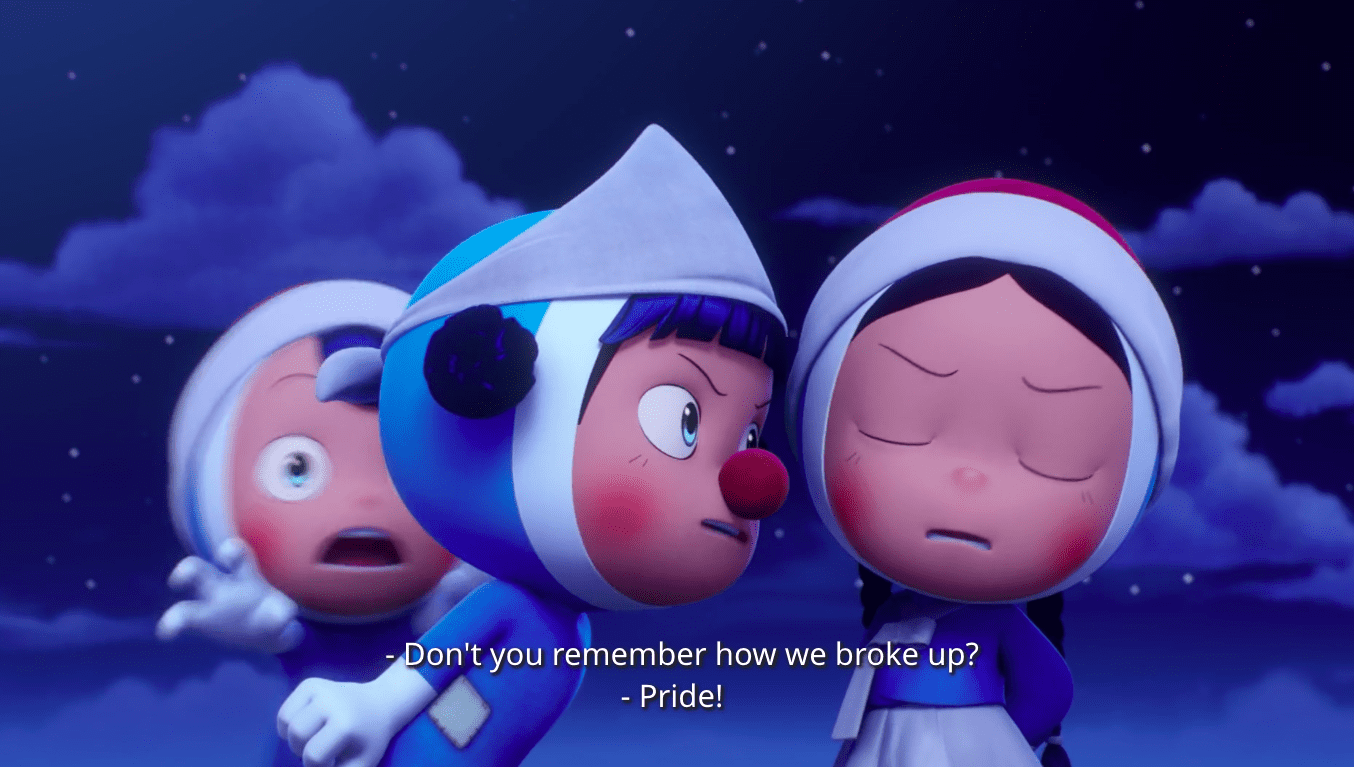 This part of the episodes was heart-wrenching. Although many have jumped ship and are now team Babi, seeing Woong so heartbroken and regretful about having given up Yumi (as a result of not wanting to tell her that his business went under) is something anyone could sympathize with. Regardless, his heart is paying for this big mistake, and he realizes that he cannot get Yumi back. Woong has learned to accept this regret and will hopefully no longer let pride get in the way of his decision-making in the future.

While Yumi and Babi are preparing dinner at Babi’s house on their Christmas Eve date, she gets a text message. Yumi asks Babi to check her phone because she is busy making pizza. He tells her that it’s from someone named Patdol, to which Yumi freezes in shock. Woong had messaged Yumi on the app where they connected about the rice cooker. Woong is seemingly very distraught and desperate; he asks her to meet him. Babi sees the message and gets a hunch that it is from Woong. 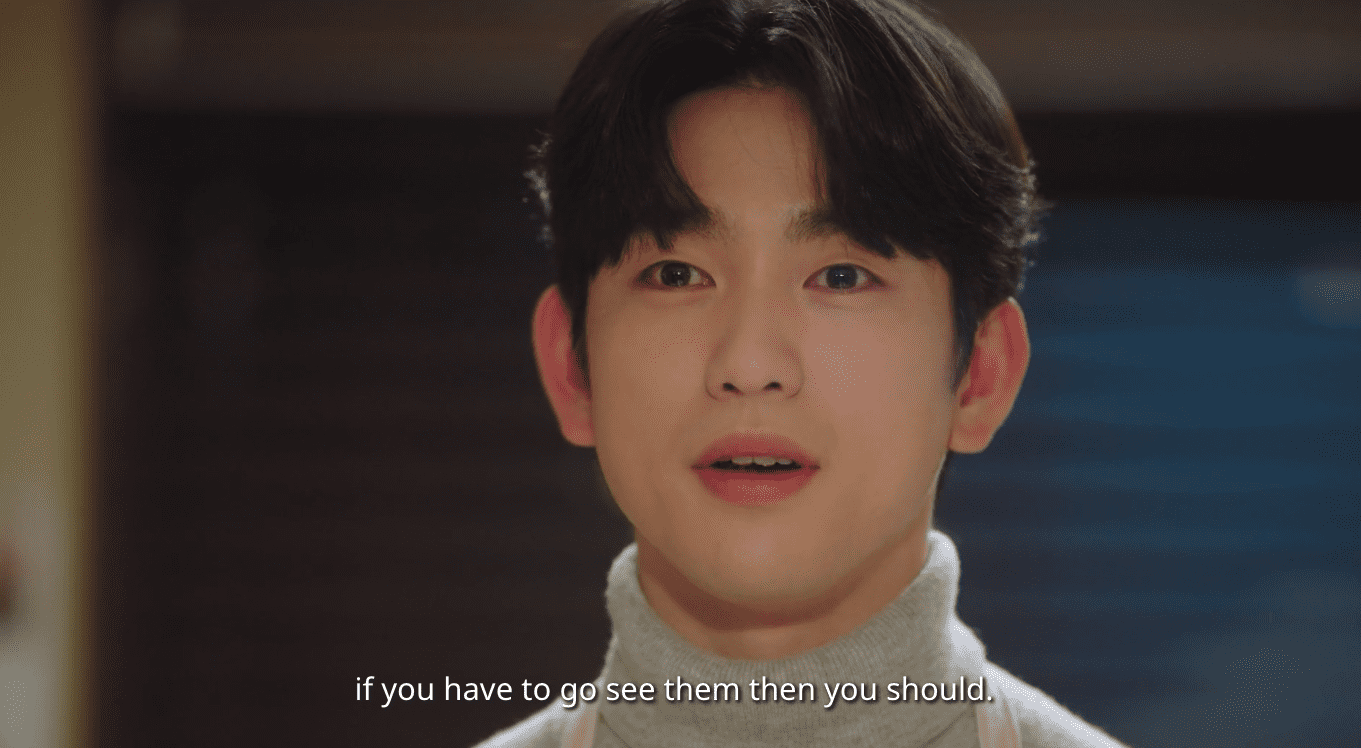 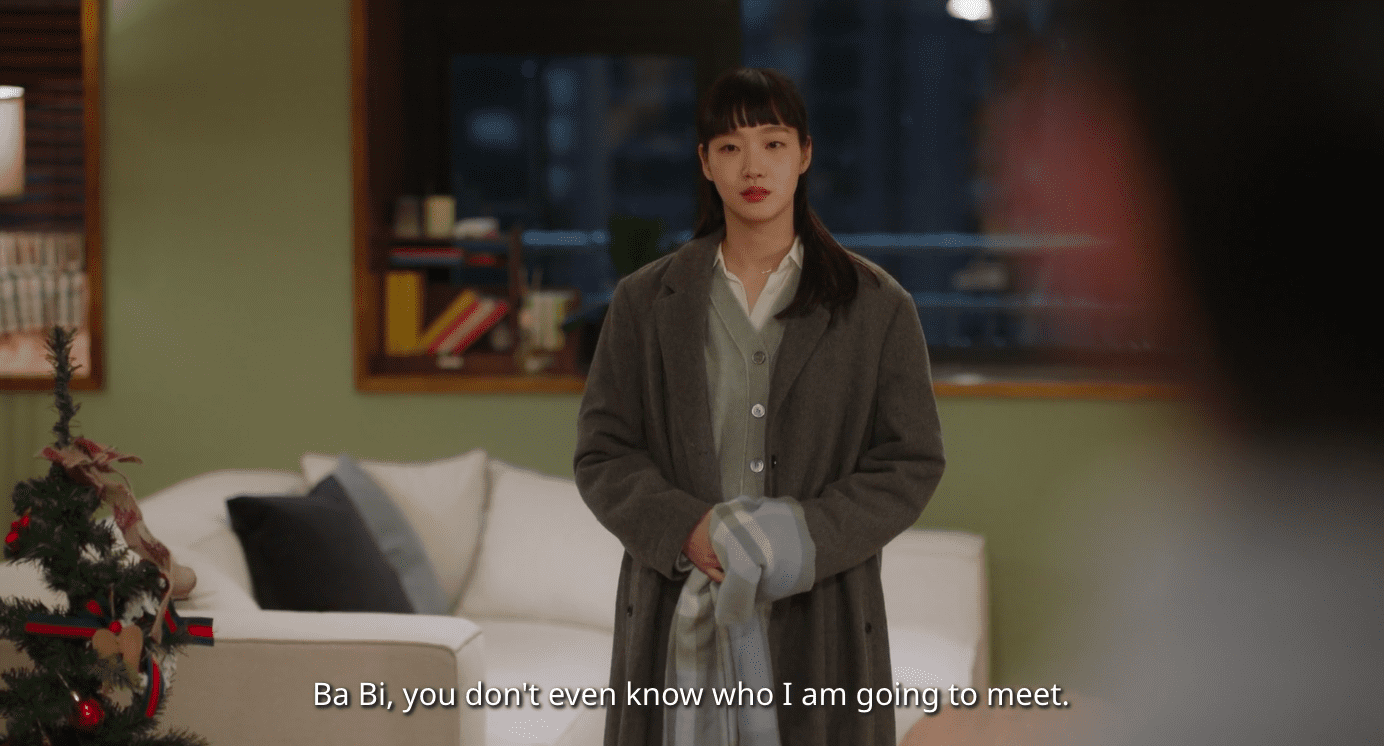 Babi is torn about whether or not he should mention to Yumi what the text message is about. You can even see his cells fighting to not get angry about the whole situation. But instead of confronting her or asking her to not go and meet him, Babi simply tells her to go and come back. He trusts her completely, which is a very healthy response. He loves her and understands that it is the only thing he can do right now as a supportive boyfriend. The trust is real, and it is the only answer in this situation. 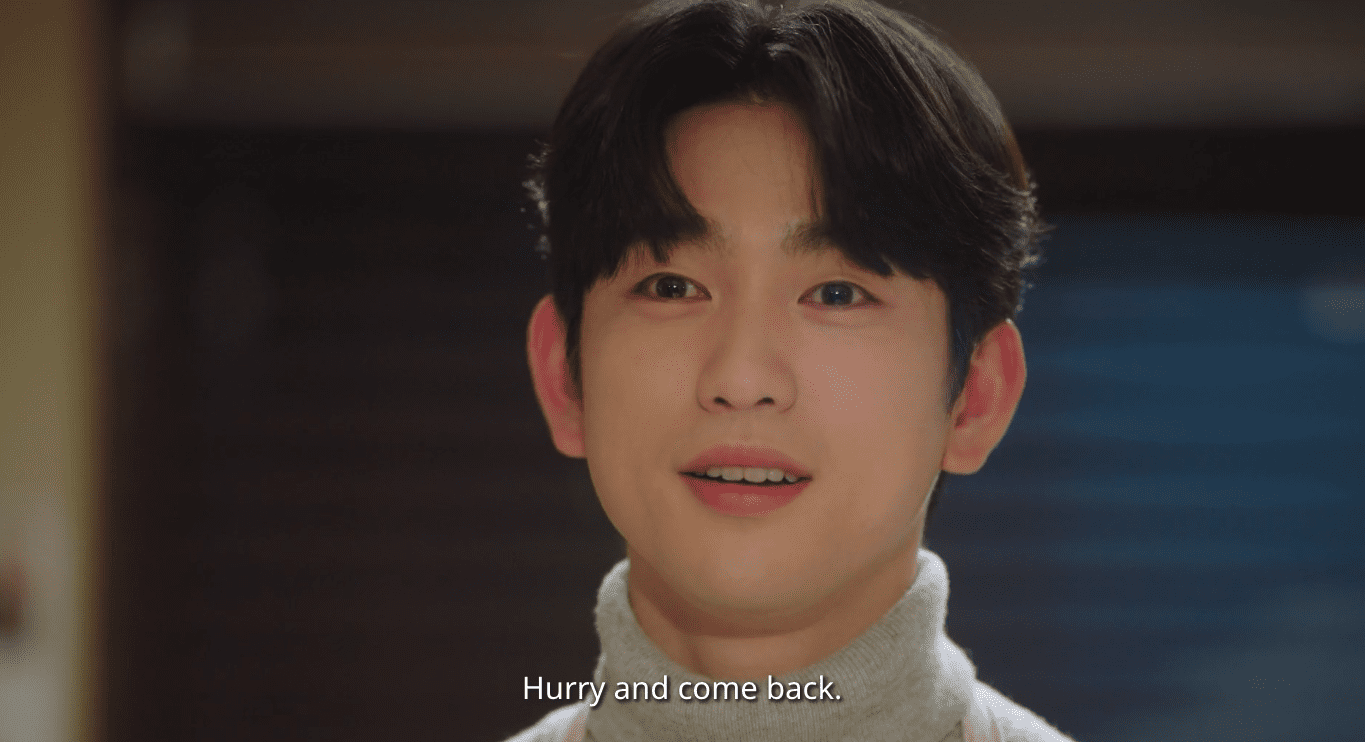 3. Trust will strengthen your relationship

When Babi tells Yumi to go and meet Woong, Yumi takes it upon herself to make sure to set boundaries. She goes to see Woong and tells him that they should not be connecting with each other and that she has a boyfriend already. The pain is evident in Woong’s eyes, but Yumi feels strong and convinced that she is doing the right thing. After turning around and leaving Woong, Yumi shows up again at Babi’s door. Babi is thrilled to see her back so soon, and he brings her inside.

This particular scene was the icing on top of the cake in this past week’s episodes. It’s not often that you see a healthy relationship on television, but here we are. Seeing Babi trust Yumi completely and leaving it up to fate only solidifies their relationship. She returned to him shortly after she met Woong, and it made them both more sure about each other. The two are able to sit down without the weight of the world on their shoulders and eat their Christmas Eve dinner. You could see the emotions and confidence going through Babi as he even shares his door passcode with Yumi. Their relationship is able to rise to the next level as a result of their trust in each other, and it’s so healing to see.

4. Be confident and be yourself in front of your partner’s parents

Babi decides to come over to Yumi’s house for dinner. While the two are making out on the couch, Yumi’s doorbell rings, and she hears her dad’s voice. He has unexpectedly decided to drop by with her mom. Babi and Yumi are caught off guard, but they are able to greet her parents warmly. Yumi’s father is a bit apprehensive about being nice to Babi and is rather abrasive to him, but Babi holds his own and is able to answer all of the hard questions from him. And by the end of the night, Babi wins him over.

It was a tiny bit disheartening seeing how hard Yumi’s dad was on Babi, but it’s also totally understandable. How can anyone be so tough on such a sweet and caring guy like Babi?! But in very Babi fashion, he was able to charm his way into her parents’ hearts, and they were total fans of him by the end of the night. The important fact here is that Babi was completely himself, and it was the best possible thing he could have done because it would have only been a matter of time before the parents accepted him! Being yourself and being confident in who you are is sometimes the best way to win over the affections of your partner’s parents. Noted! 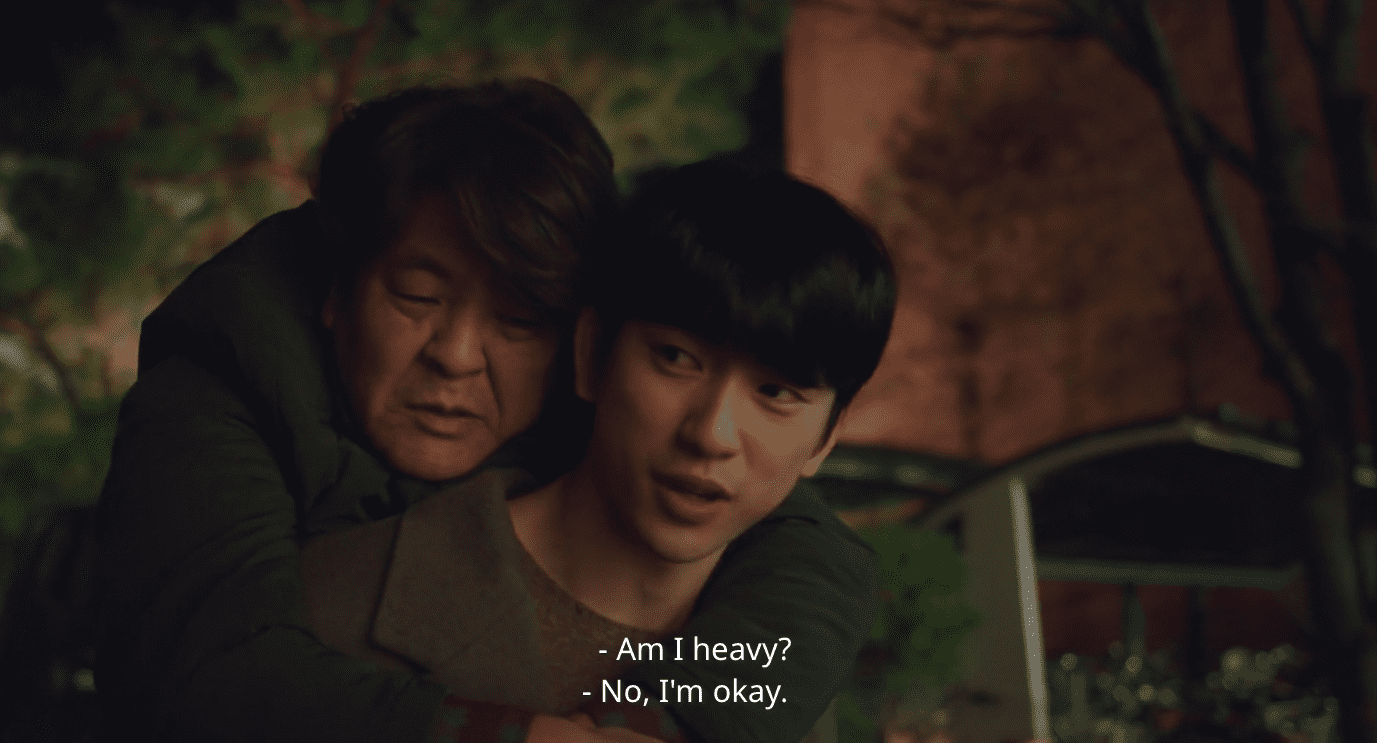 5. If your partner doesn’t lick the yogurt lid, they are an heir(ess)

When Yumi’s mom and dad leave her place, she gets a call from her very delighted and excited mom. She has a hunch that Babi is from a well-off family based on his mannerisms and charm. She convinces Yumi to look into it some more. This conversation starts to linger in Yumi’s head, so she decides on a very simple test: the yogurt test. If Babi throws away the cover of the yogurt lid without licking it, he is an heir. With this theory in mind, Yumi offers Babi some yogurt, and he peels off the cover and just throws it away. 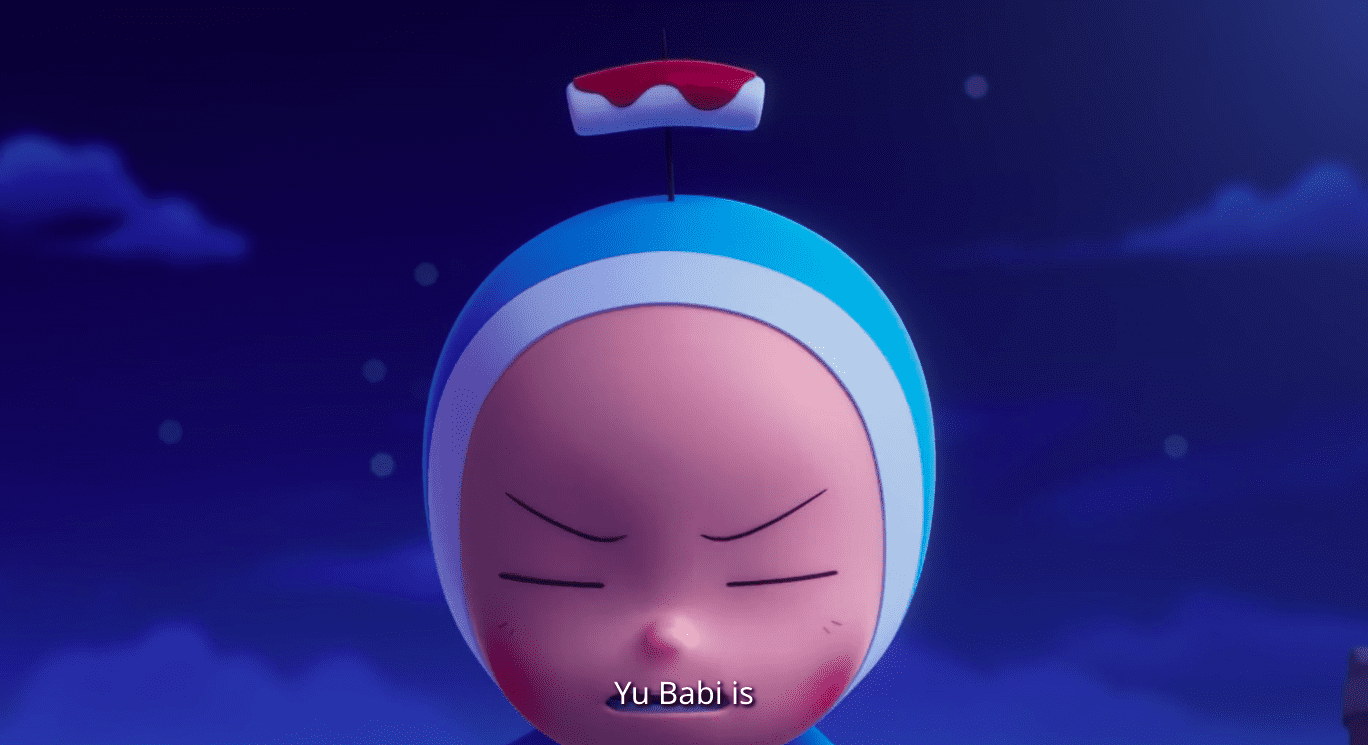 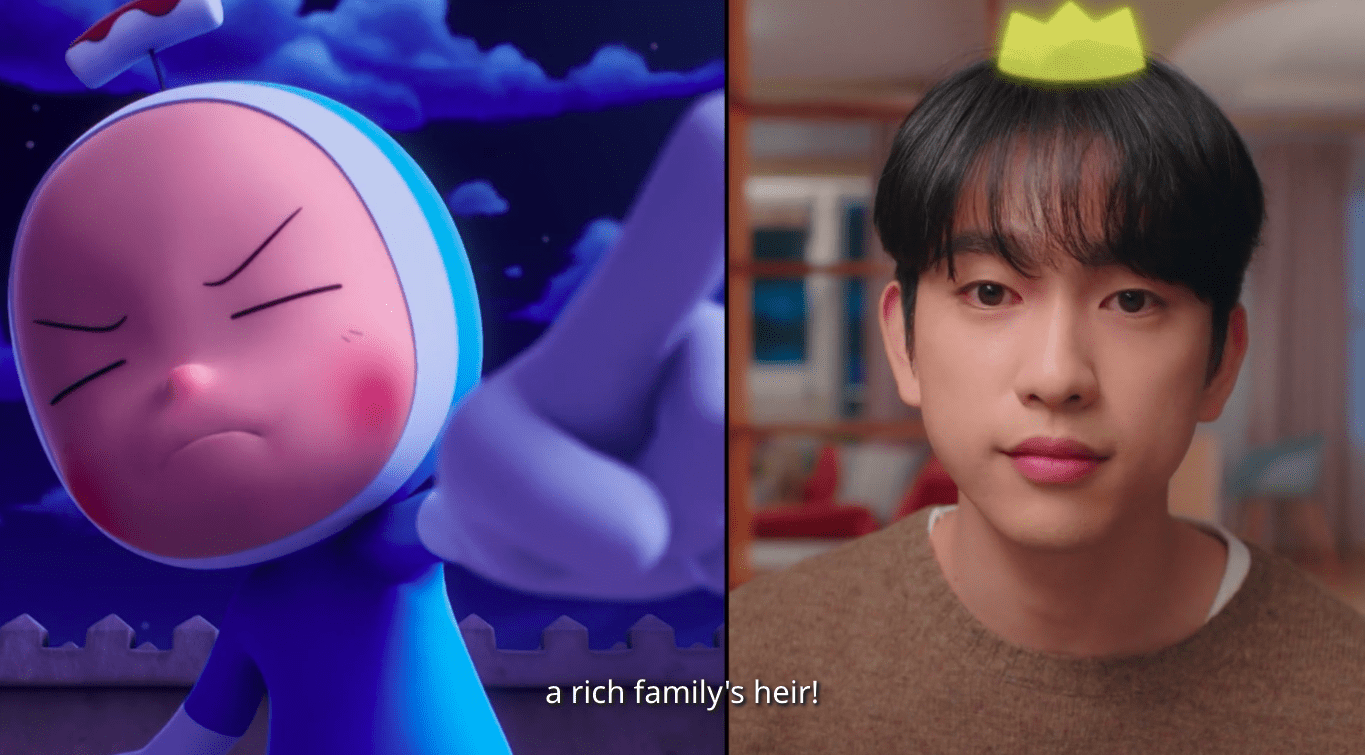 Yumi discovers that Babi is not really an heir, but his family does own a tteokbokki restaurant. She is ecstatic about this because not only does she love tteokbokki, but she doesn’t have to feel burdened by the fact that he might be a chaebol. The two are able to continually date comfortably, and as a viewer it makes me happy that she has such a perfect boyfriend! One lesson we can also take away is that if your wealthy boyfriend’s parents offer you wads of cash in order to break up with their son, you should not look into the envelope to see how much is in there; just simply decline. Yumi’s cells reenacting this particular scene was too cute to handle!

If you haven’t started watching “Yumi’s Cells 2,” you can start here:

Hey Soompiers, how are you liking “Yumi’s Cells 2” so far? Let me know in the comments below!