Watch: Seo Hyun Jin And Hwang In Yeop Find Unique Ways To Pass Time Behind The Scenes Of “Why Her?”

SBS’s “Why Her?” revealed a behind-the-scenes look at the drama!

Hwang In Yeop joins Seo Hyun Jin in the hospital for the first clip, where he runs into some trouble as he attempts to find an easy way to place her bag on the bed. When the staff instruct him to just place it in a comfortable way, Seo Hyun Jin points out with a laugh that all of their instructions are just making him uncomfortable. After successfully placing the bag down, Hwang In Yeop smiles and raises his fist in the air as a sign of victory.

Later on, Hwang In Yeop practices covering Seo Hyun Jin with a blanket, but he unknowingly covers her face with it. He then asks, “Is she all covered up?” to which the staff confusedly replies, “You’re the one who just covered her up.” He immediately realizes what he’s done and practices bringing the blanket up to her shoulders instead. 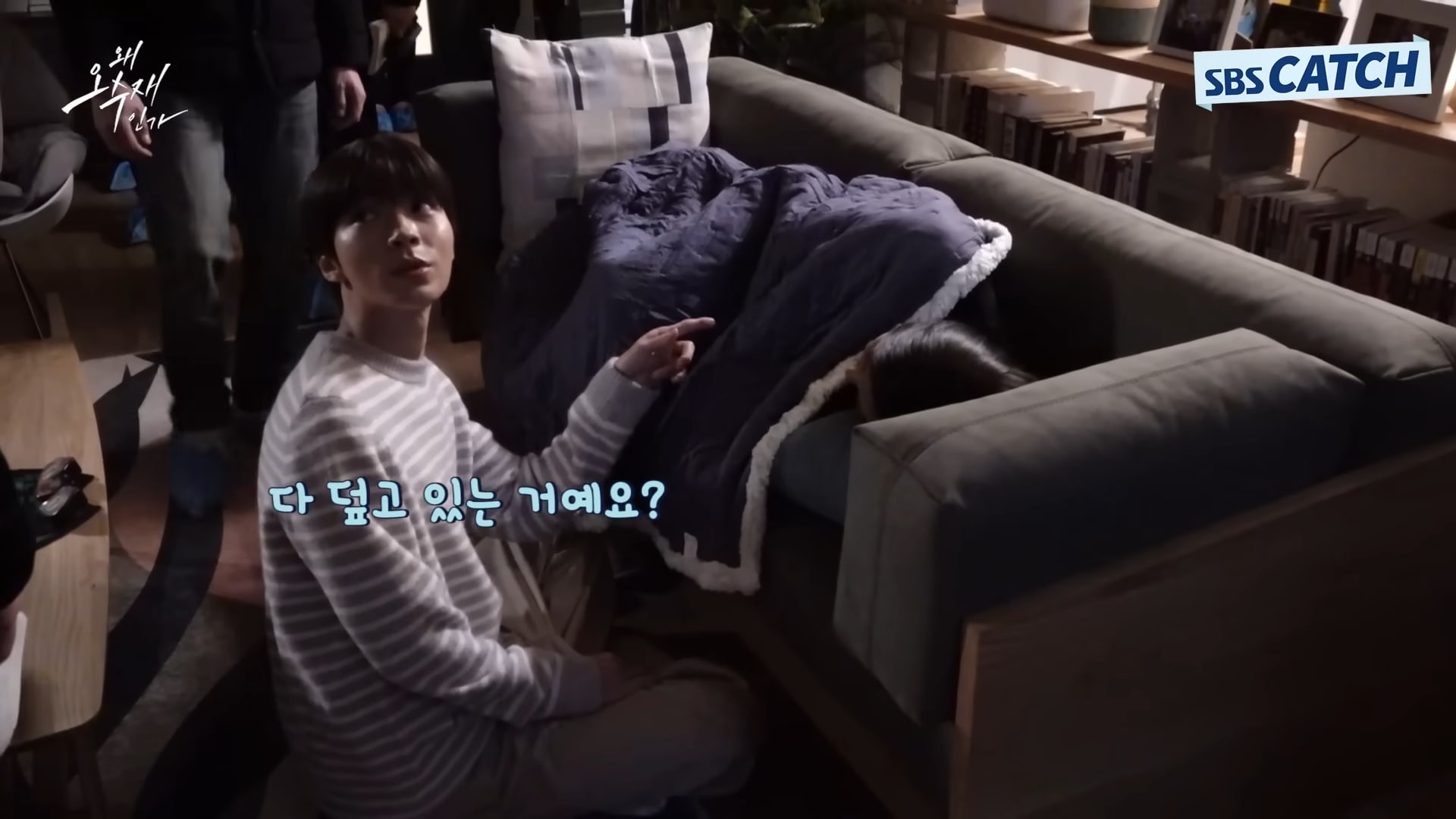 Lee Jin Hyuk joins Hwang In Yeop and Nam Ji Hyun for another scene and attempts to conduct an on-set interview with Bae In Hyuk before getting cut off. Meanwhile, Hwang In Yeop shows the camera his magic trick as he makes a USB flash drive disappear in his hand. However, he soon notices that the flash drive didn’t completely disappear and flashes the camera a sheepish grin.

In a bonus clip at the end, Seo Hyun Jin gets her first taste of camerawork as she tries to control the focus of the camera. After a rehearsal, she walks back on set saying, “I did it, I did it!” with an air of disbelief. Lee Jin Hyuk and Bae In Hyuk come over to observe her, remarking that she looks like a kid standing in front of an arcade game. After Seo Hyun Jin successfully focuses the camera, she happily announces, “It’s my first cut!” and everyone on set applauds in support.

Seo Hyun Jin
Lee Jin Hyuk
Bae In Hyuk
Hwang In Yeop
Why Her?
How does this article make you feel?