Sunmi is gearing up to go on tour!

This August, the singer will be kicking off her tour in Europe, where she will perform in Warsaw on August 14, Madrid on August 17, Offenbach on August 19, London on August 21, Amsterdam on August 23, Paris on August 26, and Helsinki on August 28.

Check out Sunmi’s new teaser video and poster for the tour below! 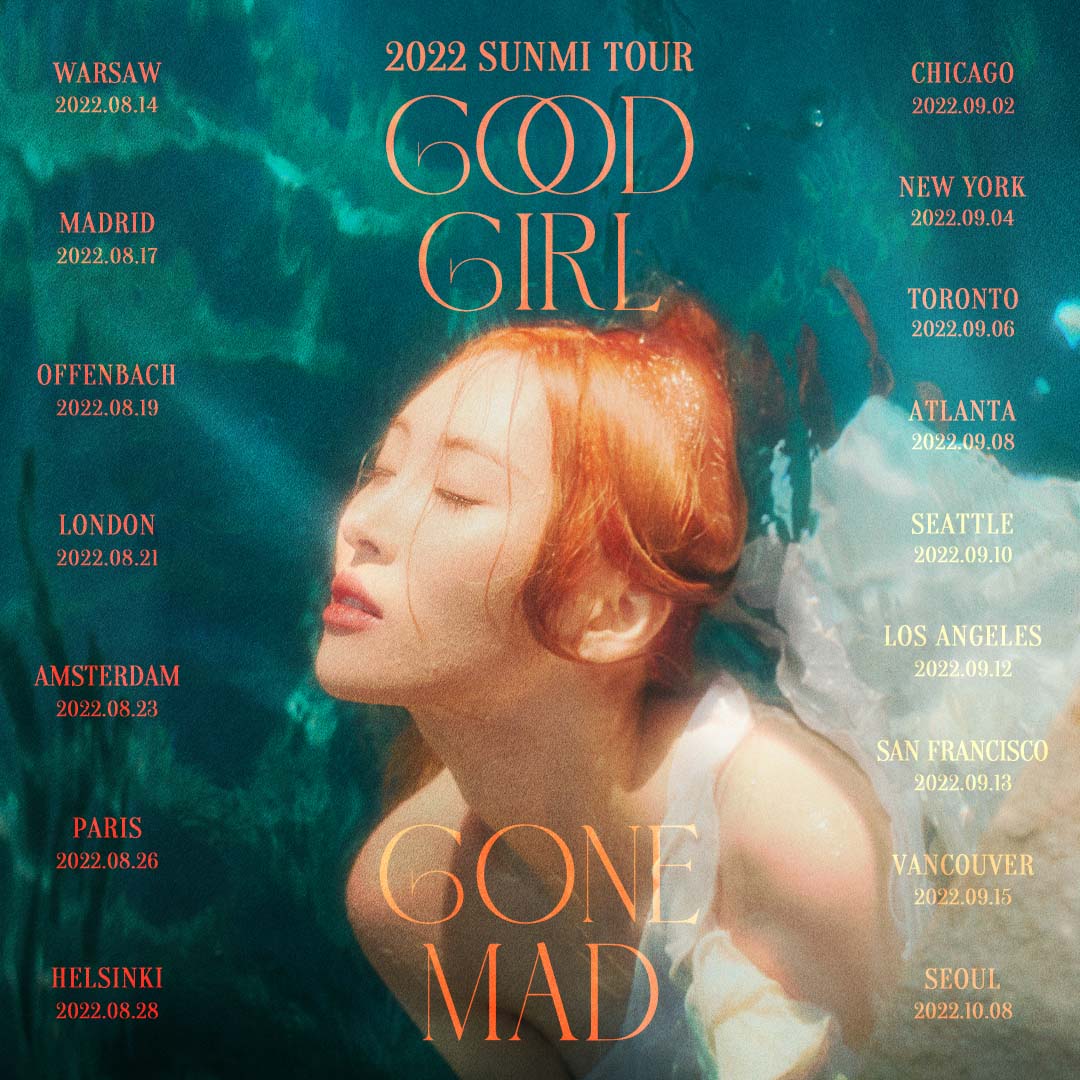 Earlier in the day, Sunmi also made her long-awaited comeback with the new single “Heart Burn.” Watch her cinematic music video for the song here!