“Yumi’s Cells 2” has unveiled a new glimpse of the chemistry between its two leads!

Based on the popular webtoon of the same name, “Yumi’s Cells” tells the story of an ordinary office worker named Yumi—from the point of view of the many brain cells in her head controlling her every thought, feeling, and action. Kim Go Eun plays the titular role of Yumi, an ordinary woman who struggles with expressing her feelings, while GOT7’s Jinyoung stars as her charming co-worker-turned-boyfriend Yoo Babi.

On June 29, the drama shared new unreleased stills of Kim Go Eun and Jinyoung filming some of the Yumi-Babi couple’s most romantic scenes. From Yumi’s confession to their first kiss, from the couple awkwardly making plans for Christmas to a relaxed, blissful secret date, the new photos capture some of the most memorable moments in their romance. 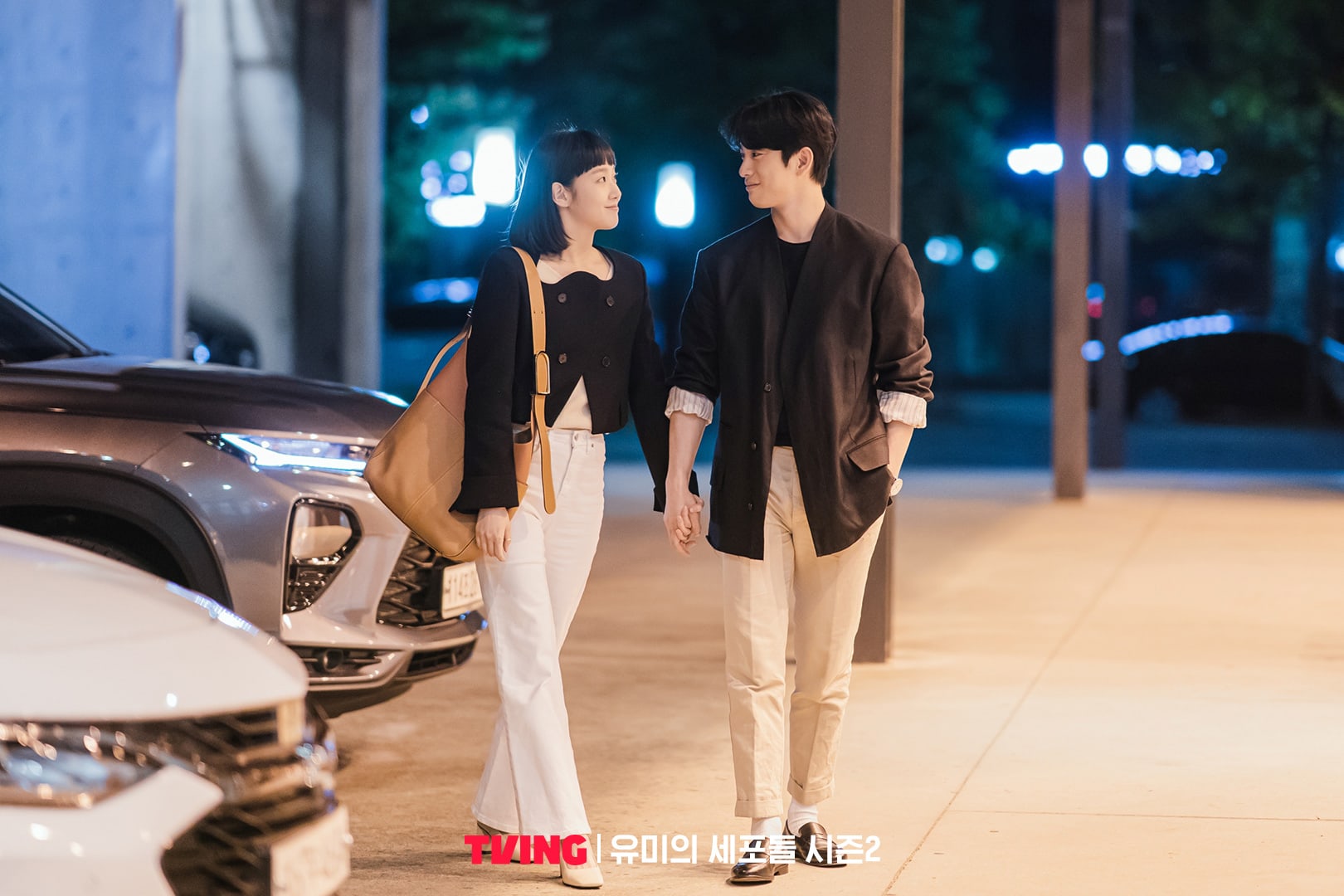 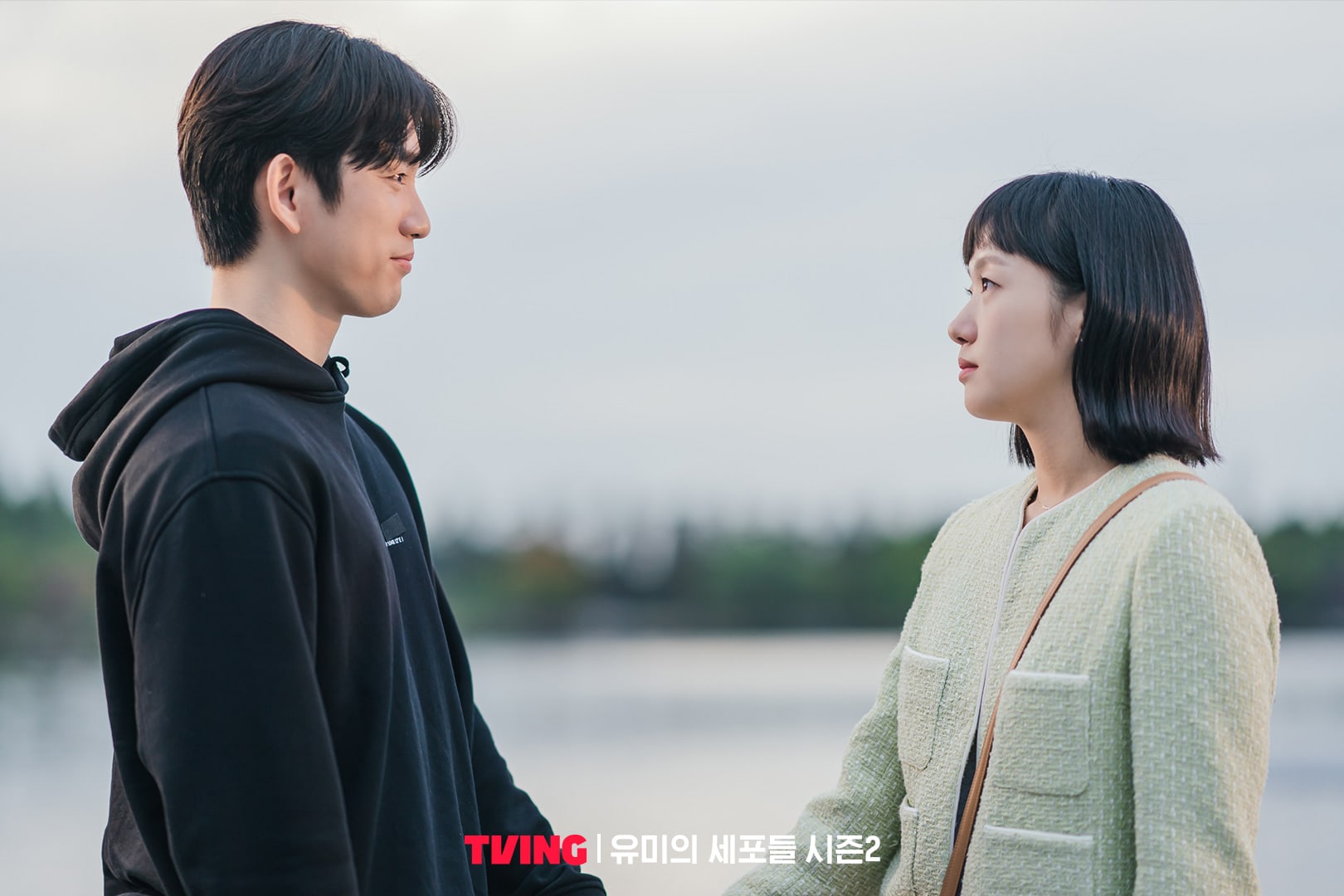 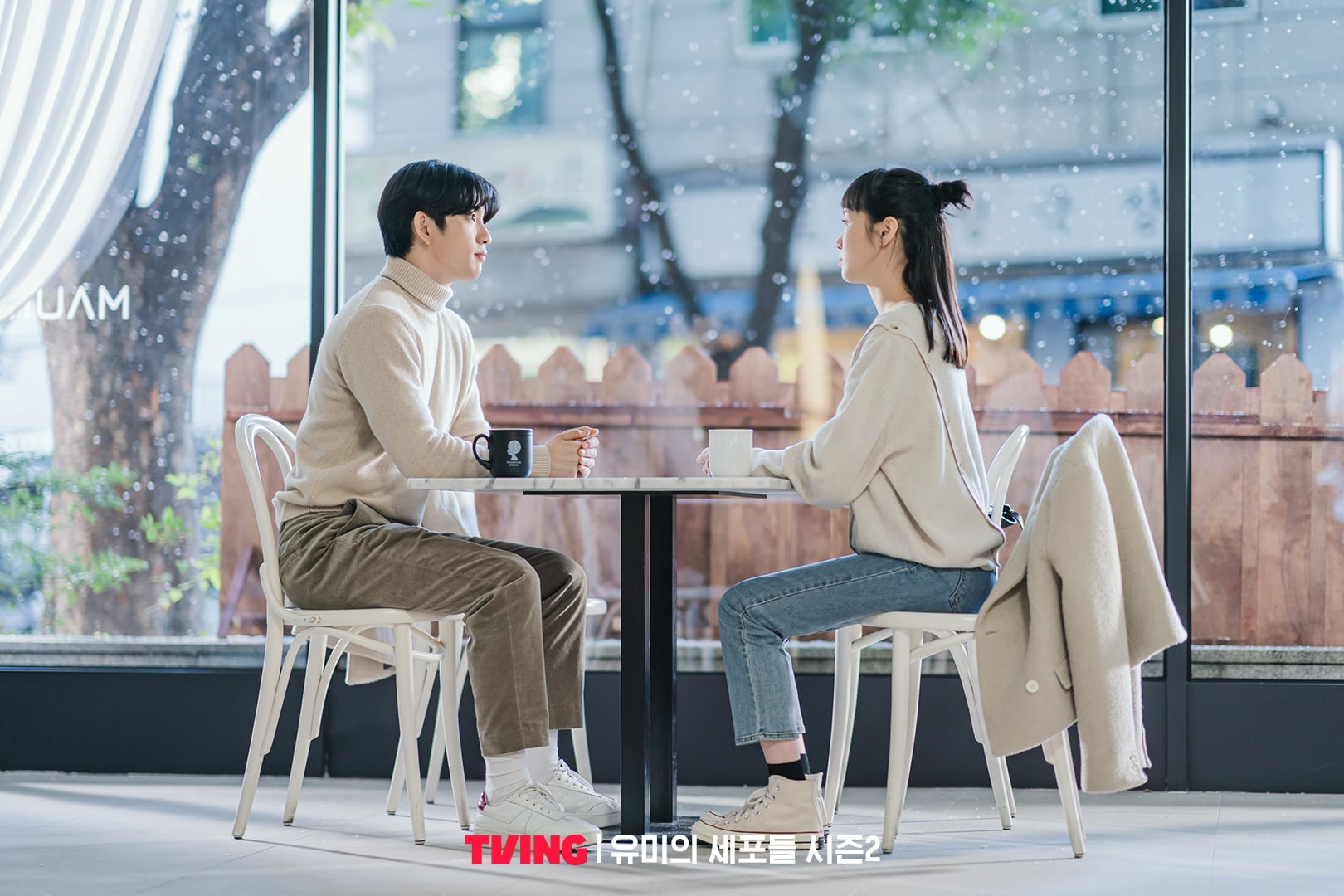 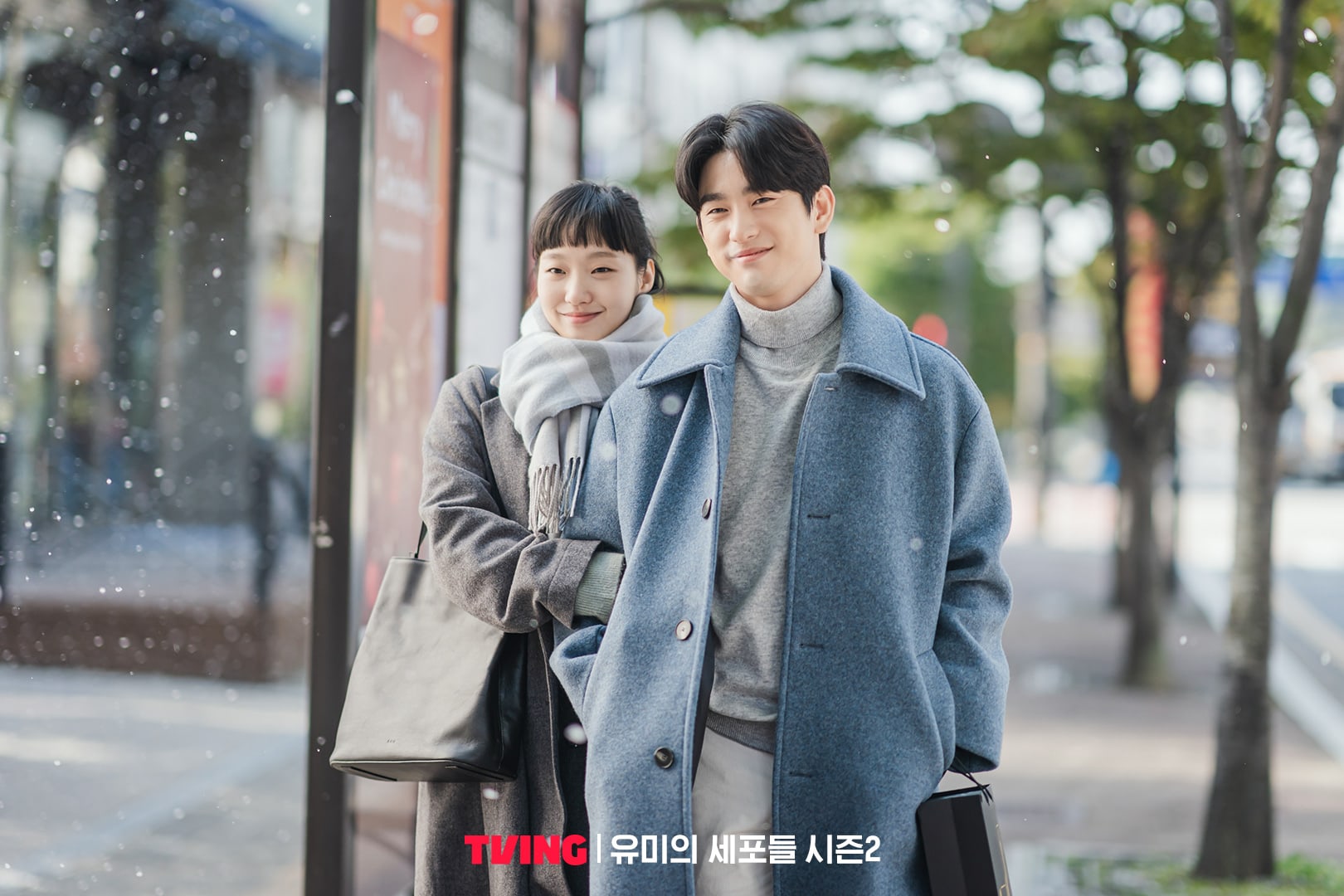 Both stars have been earning rave reviews for their acting: Kim Go Eun’s detailed, relatable portrayal of Yumi shone especially bright when she struggled with her ex-boyfriend Goo Woong (Ahn Bo Hyun)’s reappearance in recent episodes. Meanwhile, Jinyoung has been stealing viewers’ hearts as he flawlessly pulls off the role of “the dream boyfriend.”

The producers of “Yumi’s Cells 2” also teased big changes to come in Yumi and Babi’s relationship in this week’s episodes of the show. To find out whether the couple will survive the new obstacles that come their way, tune in to the next two episodes on July 1 at 4 p.m. KST!

In the meantime, catch up on all of this season’s previous episodes with subtitles on Viki below: