Seo Ye Ji will do anything to push Yoo Sun to the edge of the cliff in “Eve”!

On the previous episode, Lee Ra El attempted to destroy Han So Ra (Yoo Sun) after finding out that she was the one who killed her mother Kim Jin Sook (Kim Jung Young). Han So Ra was enraged that Lee Ra El was having an affair with her husband Kang Yoon Kyum (Park Byung Eun) and tried to get back at her by making her an outcast at their children’s kindergarten and expelling her daughter. However, Lee Ra El remained unfazed and declared war against her.

With tension spiking between the two, the drama unveiled new stills to show another heated confrontation between them. Lee Ra El is at the funeral of someone who died in the married couple’s family. Despite the heavy mood, she gives a meaningful smile with sparkling eyes. Kang Yoon Kyum’s attention is drawn to her, and Han So Ra looks like she’s about to explode with wrath. Another still depicts Lee Ra El with Han Pan Ro (Jun Gook Hwan), and Han So Ra, who spotted their meeting, rushes over to grab her by the arm. Han So Ra’s expression is dark with anxiousness, raising questions about Lee Ra El’s motive for meeting with Han Pan Ro. Will Lee Ra El tell him about her affair with Kang Yoon Kyum? 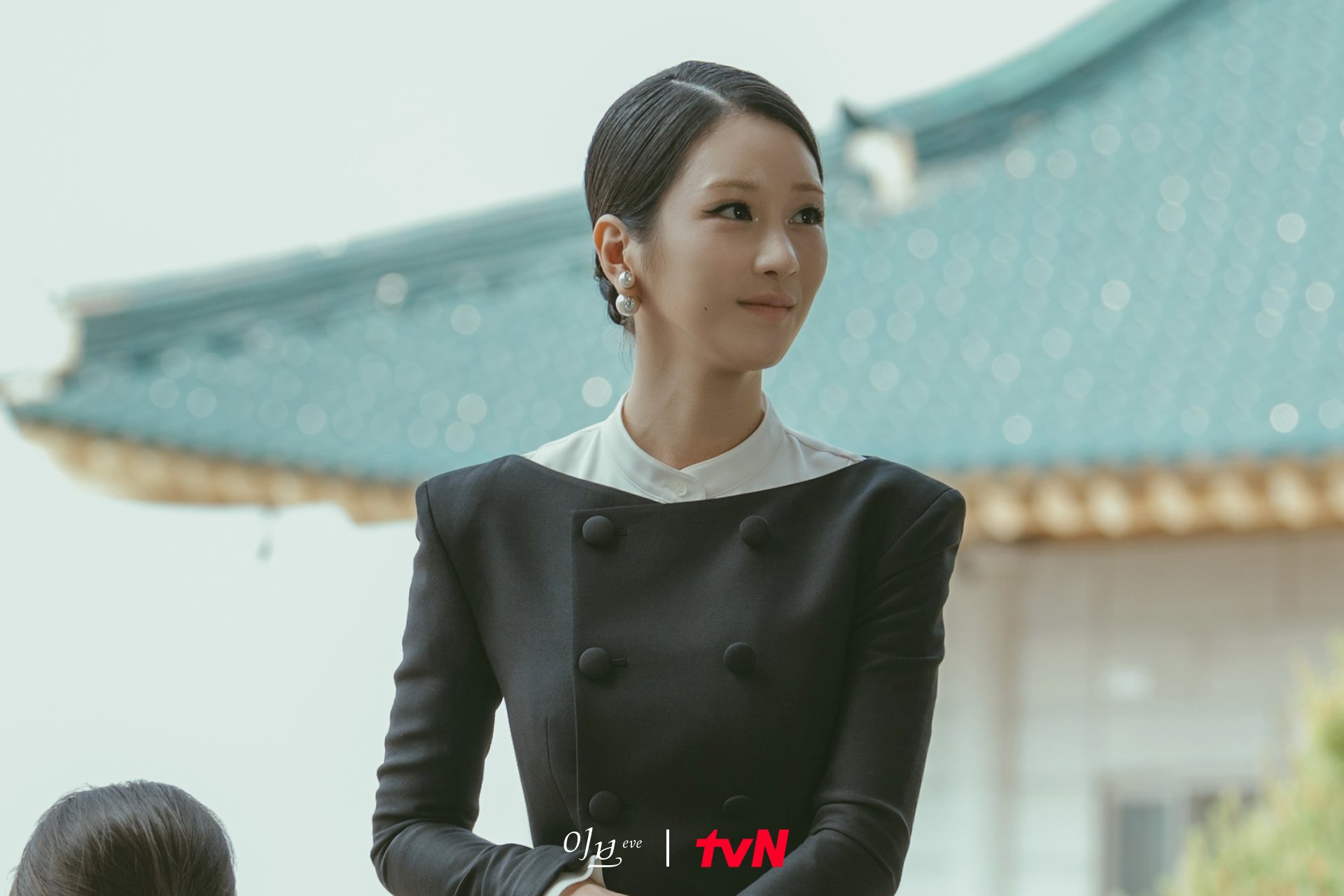 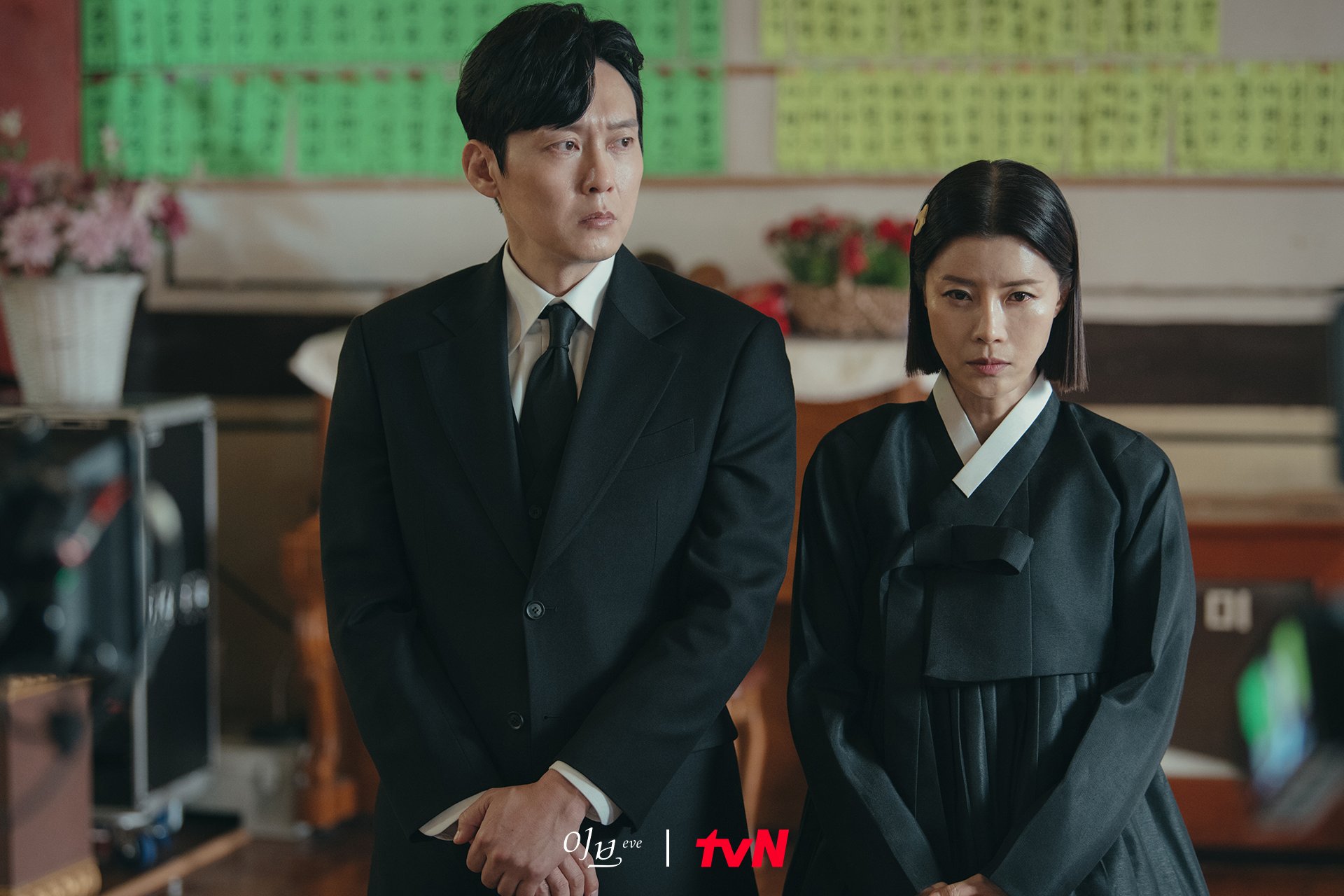 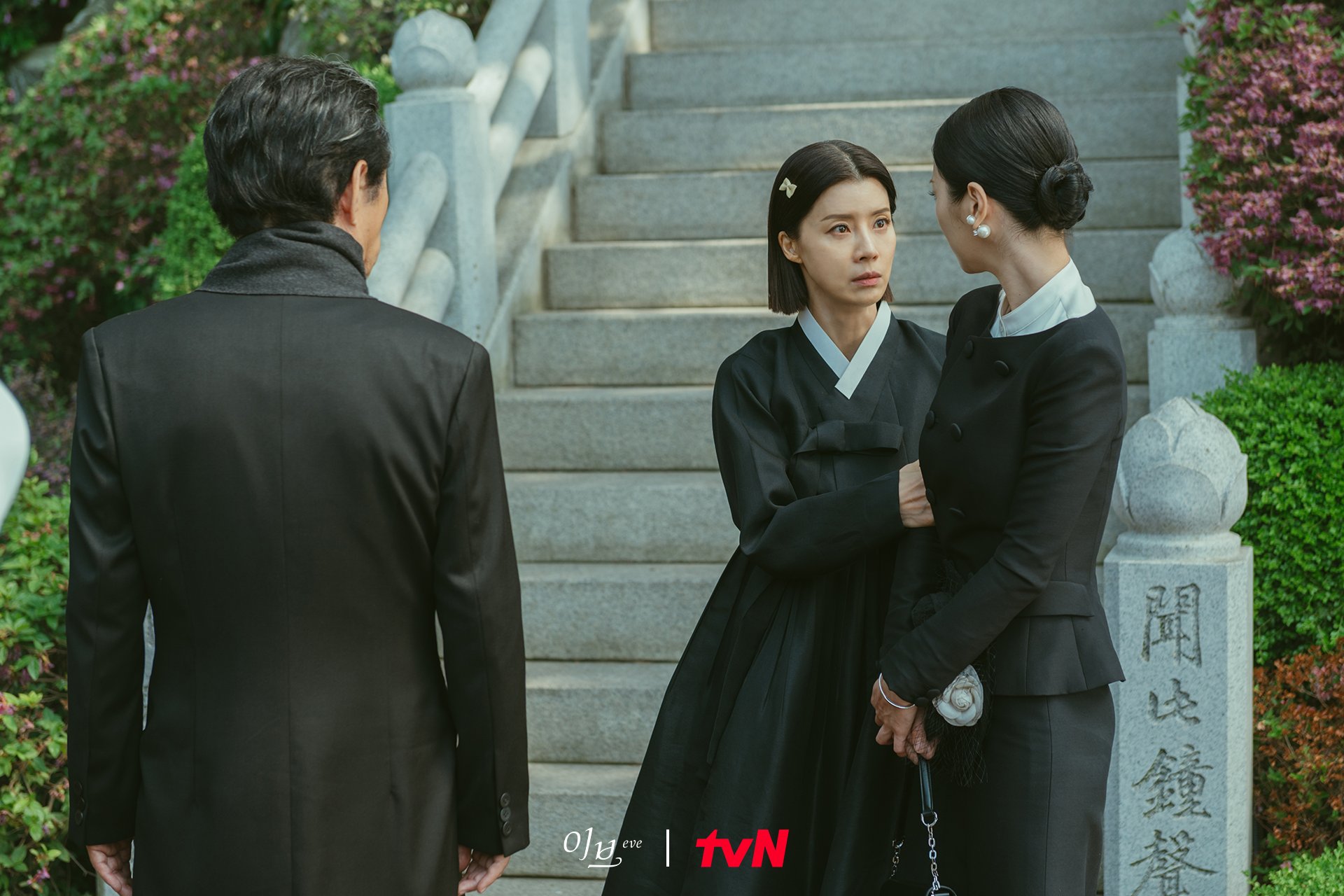 The producers of “Eve” teased, “Today, Lee Ra El will begin a vengeful move to torture Han So Ra by hovering around her to desperately destroy her life.The confrontation between Lee Ra El, who dreams of brutal revenge, and Han So Ra, who is burning with anger, will make your palms sweat. Please show lots of interest.”