Based on the popular webtoon of the same name, “Yumi’s Cells” tells the story of an ordinary office worker named Yumi—from the point of view of the many brain cells in her head controlling her every thought, feeling, and action. Kim Go Eun plays the titular role of Yumi, an ordinary woman who struggles with expressing her feelings, while GOT7’s Jinyoung stars as her charming co-worker-turned-boyfriend Yoo Babi.

In the upcoming episodes of “Yumi’s Cells 2,” Yumi and Babi will begin a long-distance relationship when Babi is transferred to the Jeju branch of his company. After his transfer, Yumi will fly down to the island to pay him a visit—and newly released photos from the drama’s next episodes show the couple happily reuniting at the airport.

However, Yumi’s blissful trip to see Babi faces slight turbulence in the form of Yoo Da Eun, a new character played by Shin Ye Eun. An intern at the Jeju branch of Daehan Noodles, Da Eun is cheerful, bubbly, and impossible to dislike—and she’s also someone who falls all too easily in love.

One of the newly released photos captures Yumi looking back at the intern with a faintly worried expression, while another captures a nighttime encounter between Da Eun, Babi, and Yumi.

Notably, Shin Ye Eun and Jinyoung previously starred together in the 2019 drama “He Is Psychometric.” 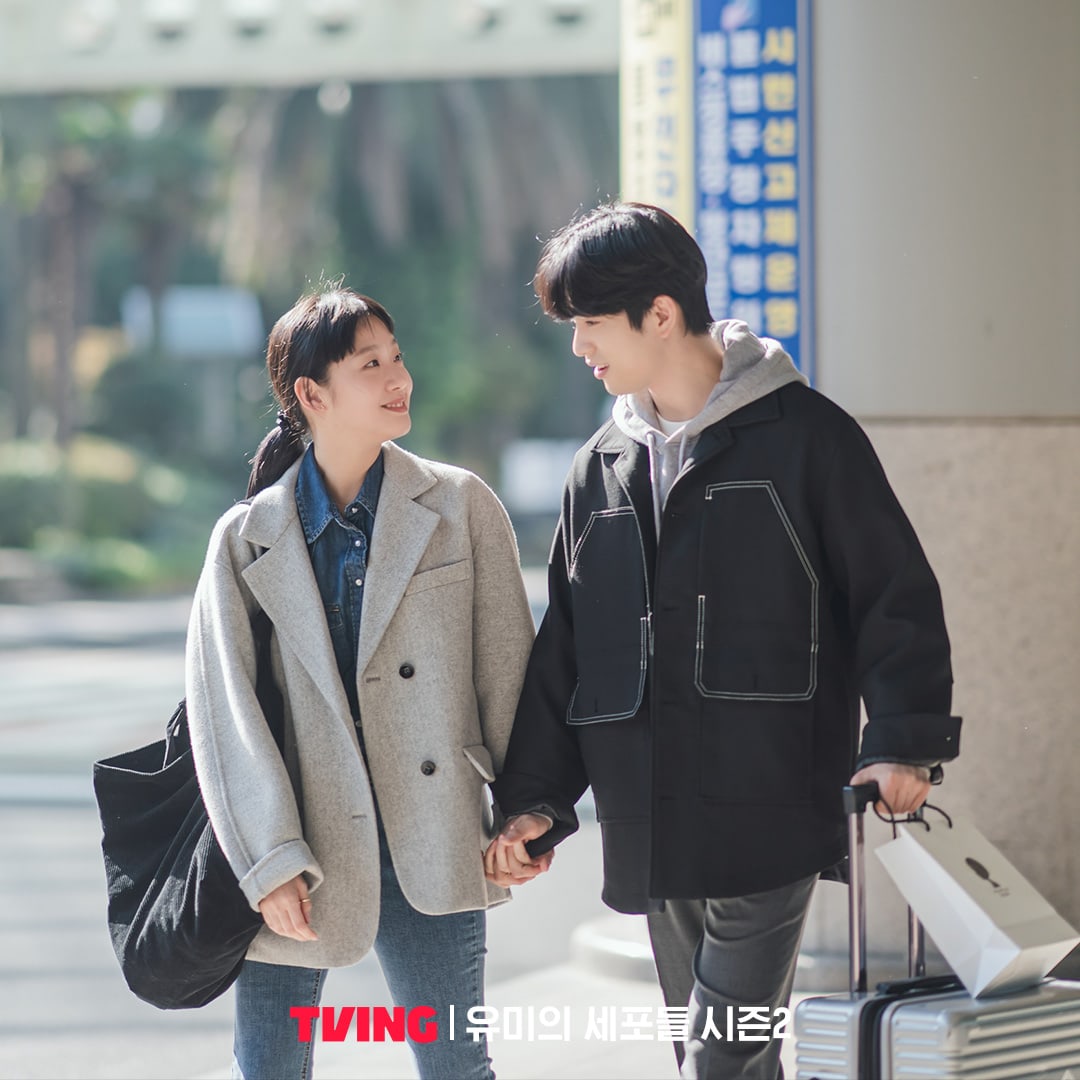 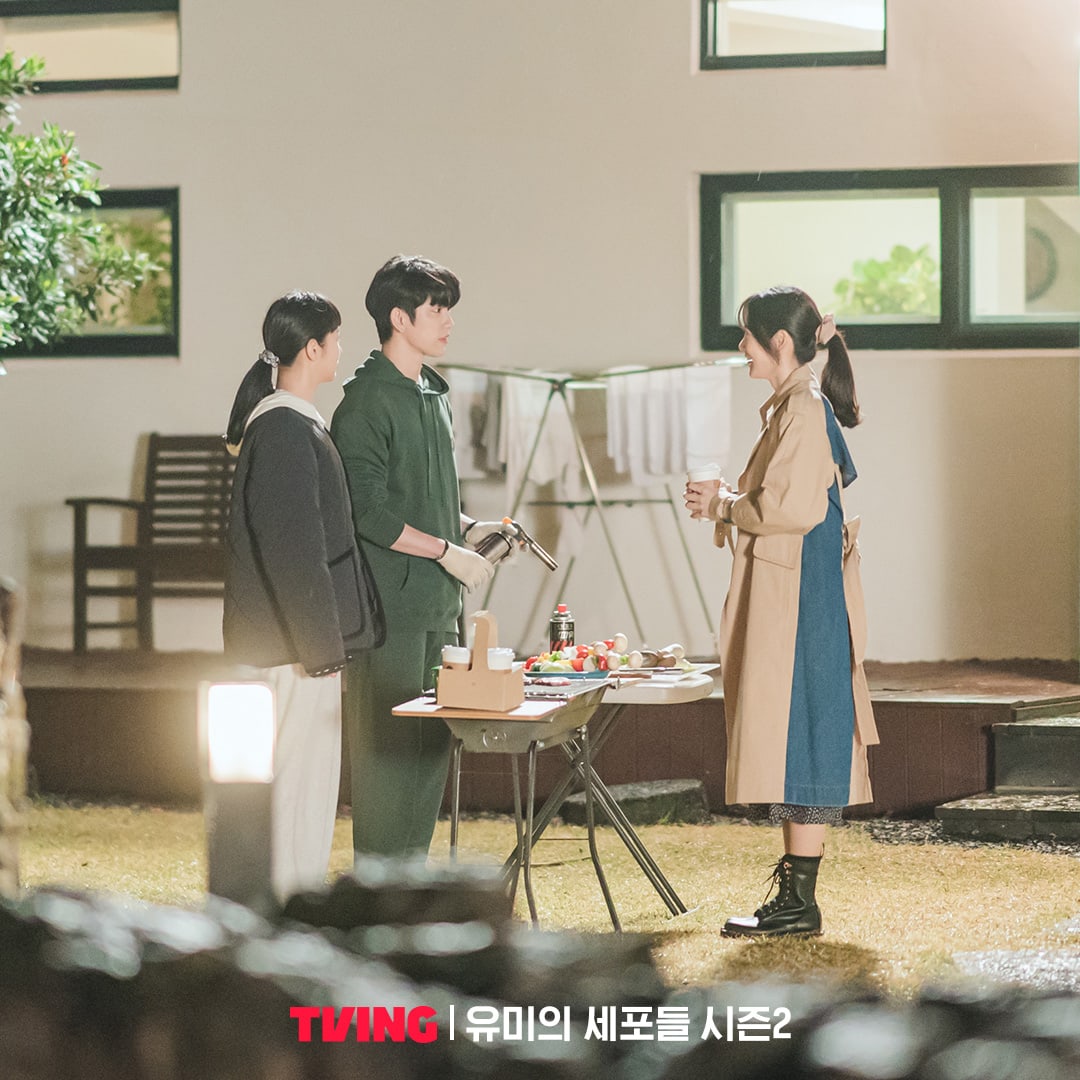 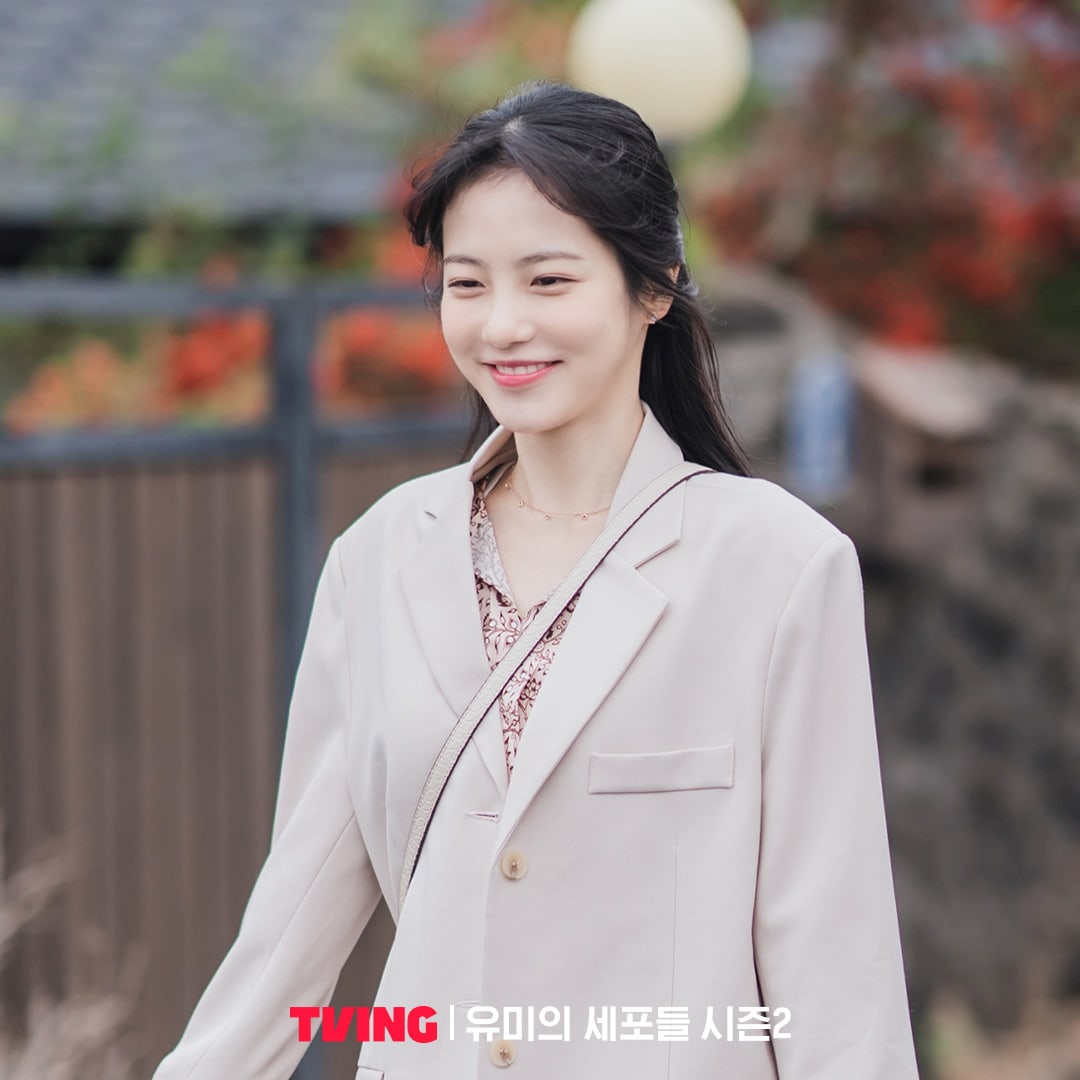 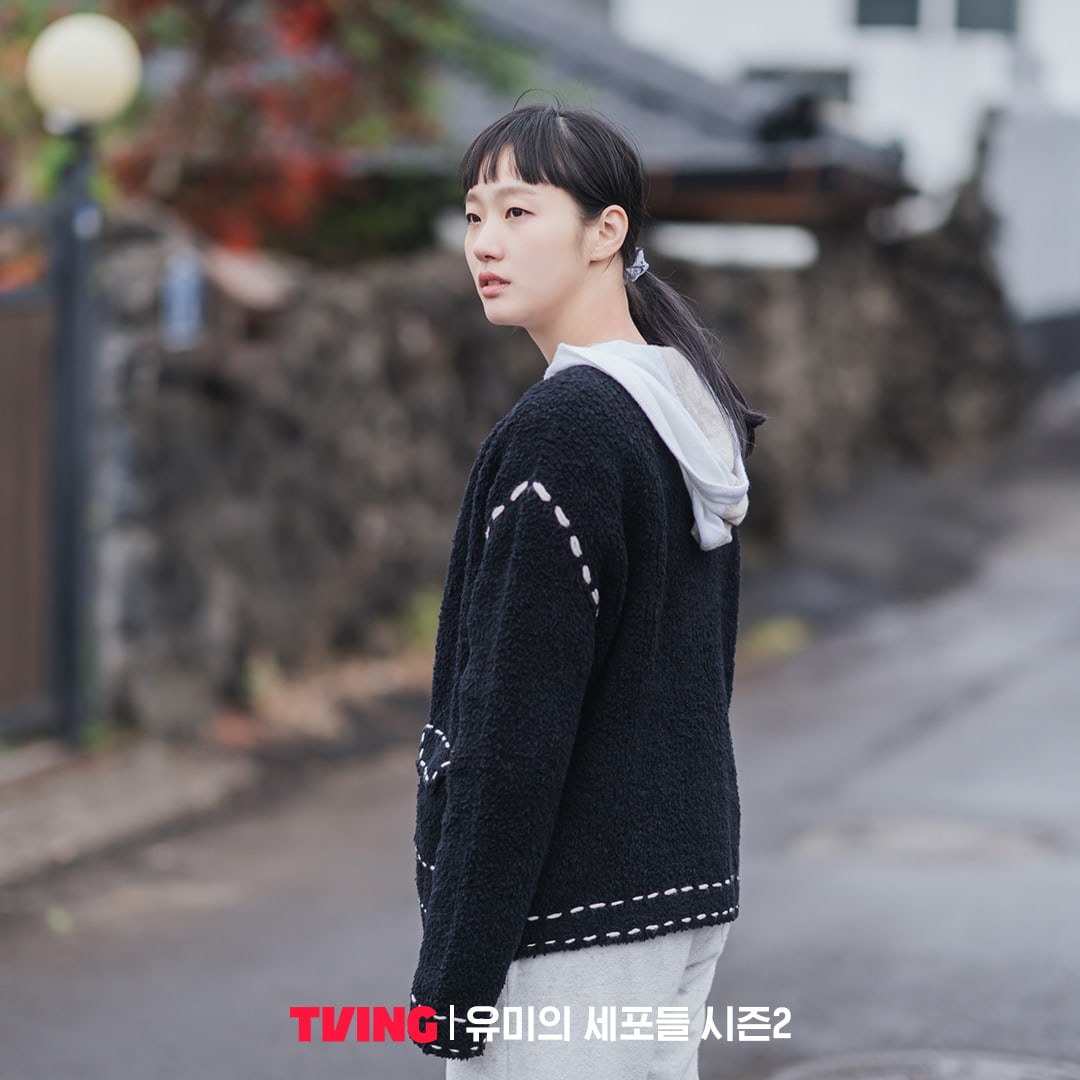 To find out how Da Eun’s arrival impacts Yumi and Babi’s relationship, tune in to the next two episodes of “Yumi’s Cells 2” on July 1 at 4 p.m. KST!

In the meantime, catch up on this season’s previous episodes with subtitles here…

…or watch Jinyoung and Shin Ye Eun in “He Is Psychometric” below!

GOT7
Kim Go Eun
Jinyoung (GOT7)
Shin Ye Eun
Yumi's Cells 2
How does this article make you feel?