“Adamas” depicts the story of twin brothers uncovering the truth from an incident 22 years ago. The two will work as one in order to clear the murder charges of their biological father who was accused of killing their stepfather and to find the ‘adamas’ that is the evidence for the murder. Ji Sung will be playing both twins named Ha Woo Shin and Song Soo Hyun. Although the two brothers look alike, their personalities and approaches to tackling problems are completely different.

The younger twin sibling Ha Woo Shin is a best-selling mystery novel author. He has a calm manner of speech, appropriate sense of humor, and thoughtful personality, but he is also a rational person who clearly separates his work from his private matters. Ha Woo Shin’s greatest strength is his extraordinary insight which makes him appear as if he knows everything, and he also does not easily lose his composure. In order to steal the ‘adamas,’ Ha Woo Shin enters Haesongwon, the heart of Haesong Group.

Song Soo Hyun is a special forces prosecutor who works at the Central District Prosecutor’s office. Ha Woo Shin has more of a quiet personality, while Song Soo Hyun is more dynamic and true to his feelings. Song Soo Hyun became a prosecutor like his mother wanted, but now he is out to find the real culprit who killed his stepfather 22 years ago.

The newly released stills depict the stark contrast between the twins. Ha Woo Shin wears a comfortable shirt and has a sharp gaze that appears to see through a person’s heart. On the other hand, Song Soo Hyun wears a suit and tie and gives off an honest vibe as he immerses himself in the moment. 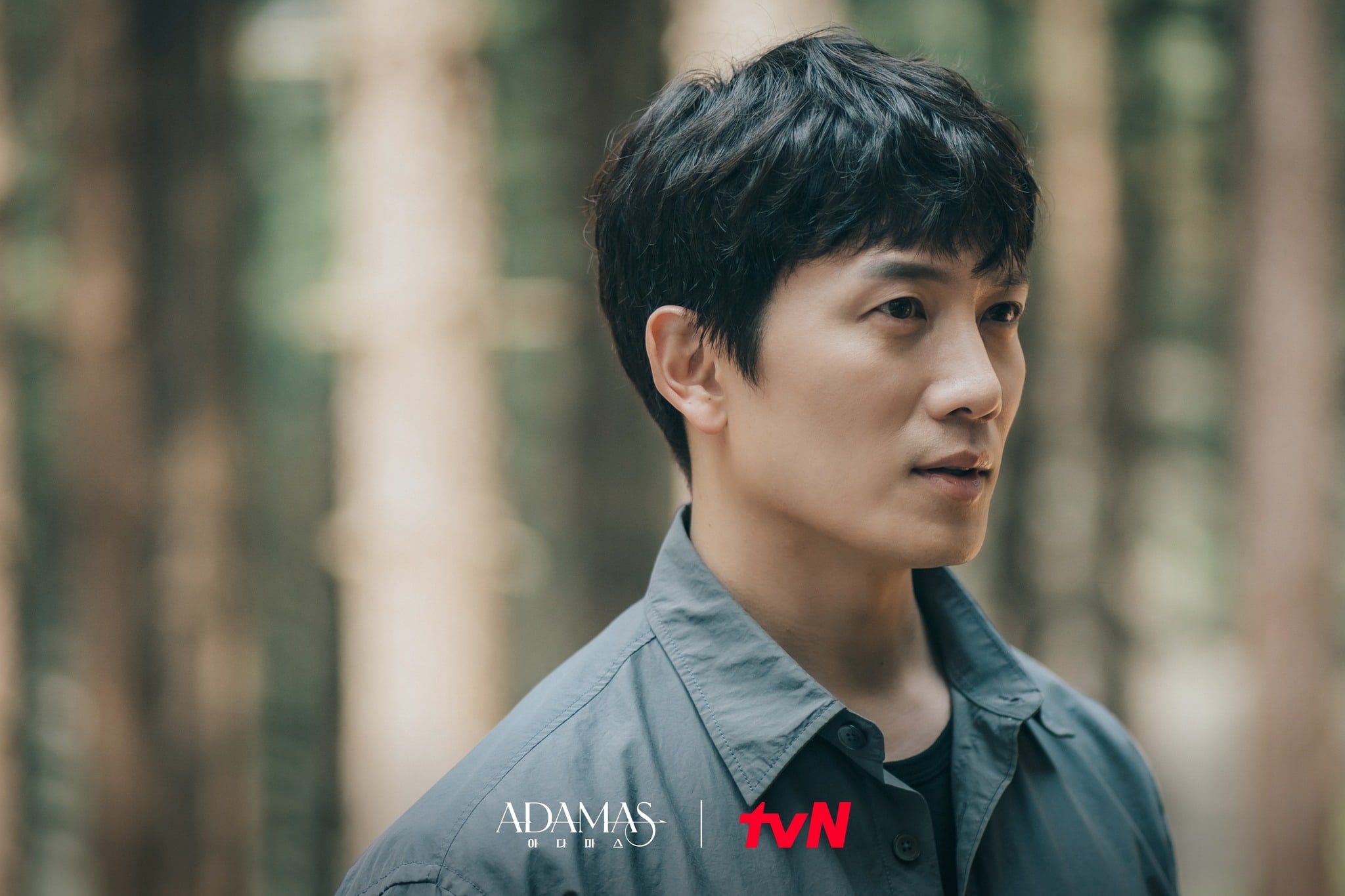 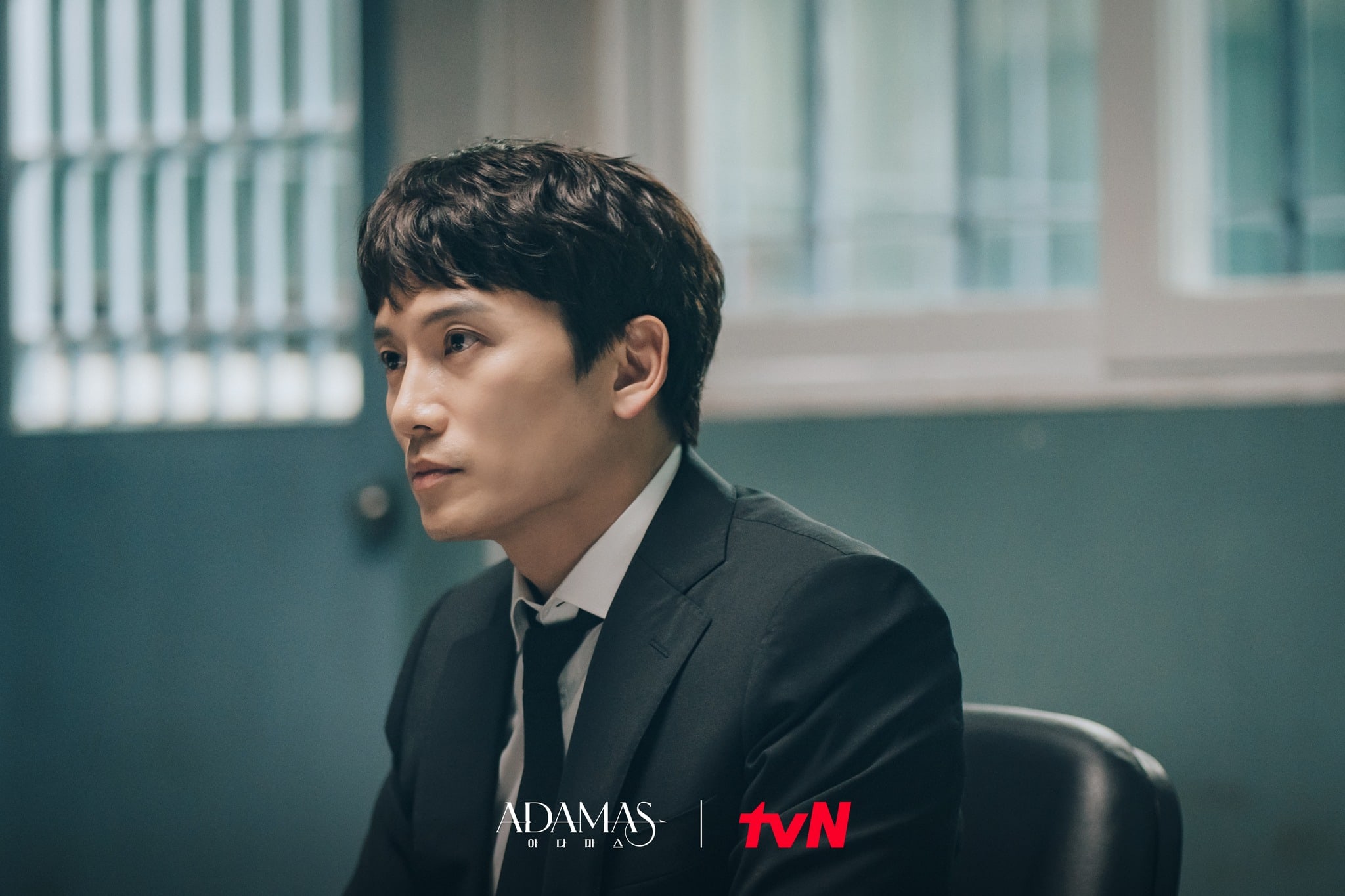 The differences in the way they analyze information are also evident by how Song Soo Hyun looks through reference data and evidence, while Ha Woo Shin relies on what he has seen and experienced for himself, looking for a breakthrough by endlessly reflecting on his thoughts. 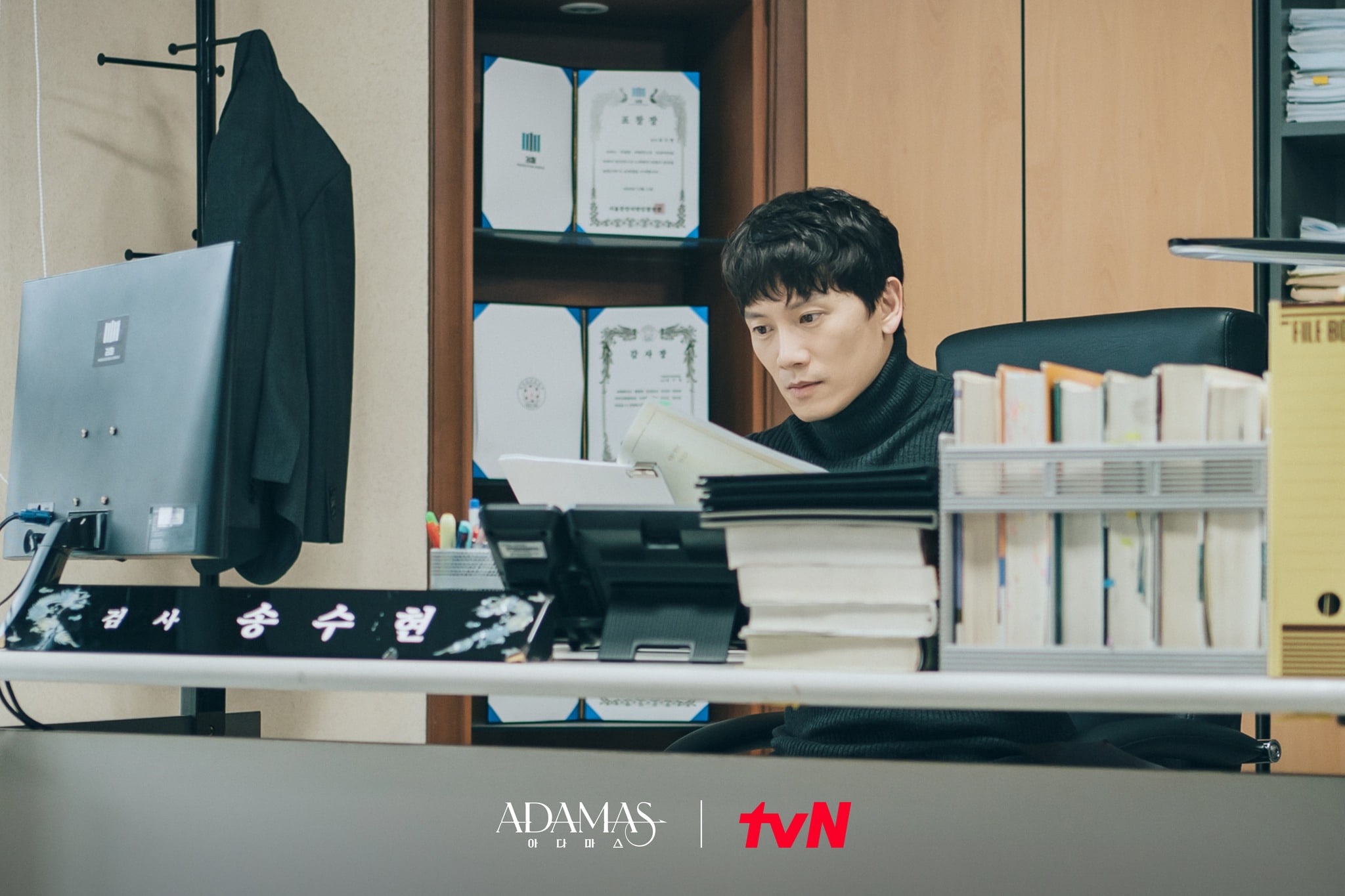 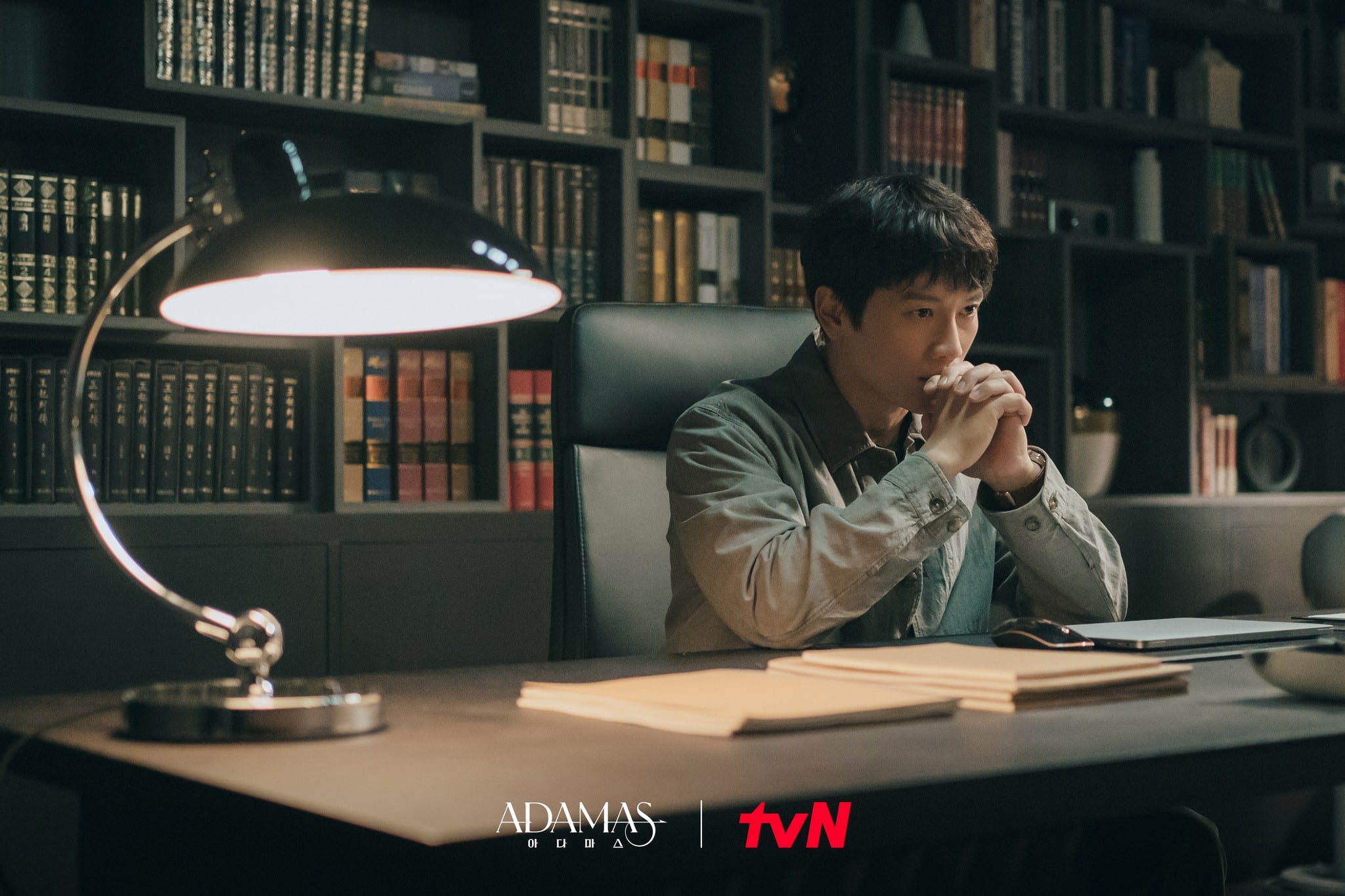 While you wait for “Adamas,” watch Ji Sung in “The Devil Judge“: