“Link” is entering the second half of its run!

tvN’s Monday-Tuesday drama “Link” is a unique mix of fantasy, romance, and mystery. It tells the story of a man who suddenly begins feeling all the emotions experienced by an unfamiliar woman with whom he shares a special “link.” Moon Ga Young stars as restaurant employee Noh Da Hyun, who has been unlucky in both love and life, while Yeo Jin Goo stars as Eun Gye Hoon, an executive chef whose everyday life is turned upside down when he unexpectedly begins going through all of Noh Da Hyun’s joy, sorrow, and pain together with her.

Many questions have yet to be answered in “Link.” Will Yeo Jin Goo and Moon Ga Young’s romance work out? What’s the truth behind Moon Ga Young’s mysterious childhood? With just eight more episodes left to go, “Link” shared three major plot points to pay attention to for the rest of the ride.

In episode 8, Eun Gye Hoon finally experienced a shift in his feelings for Noh Da Hyun, hinting that their romance might finally work out. However, the two had a rocky start. The more Noh Da Hyun fell for Eun Gye Hoon, the more she got worried that he might also become a target of her stalker Lee Jin Geun (Shin Jae Hwi). Out of concern, Noh Da Hyun pushed Eun Gye Hoon away. Meanwhile, Eun Gye Hoon finally realized he has feelings for her. Poor timing got in the way of the two coming to the realization that they like each other, so viewers will have to wait and see how their relationship will play out. 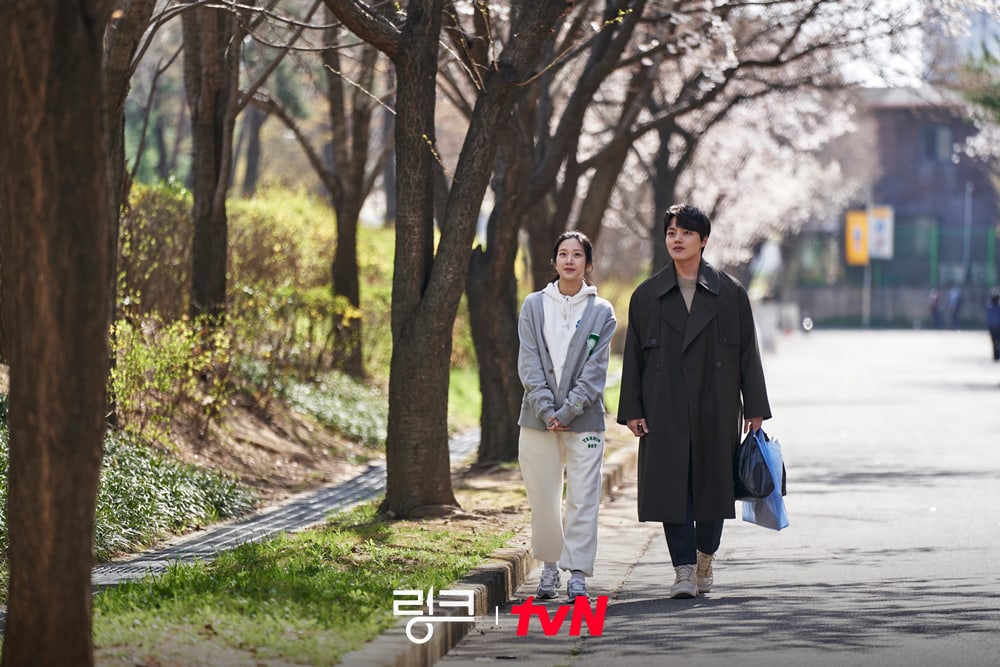 Another major development in the plot is that Noh Da Hyun realized she also grew up in the same neighborhood as Eun Gye Hoon, Ji Won Tak (Song Duk Ho), Lee Jin Geun, and Eun Gye Young. The three men’s lives are heavily influenced by the disappearance of Eun Gye Hoon’s twin sister Eun Gye Young. Eun Gye Hoon still lives in guilt, Ji Won Tak was condemned as the son of a murderer, and Lee Jin Geun still carries the truth of the disappearance with him.

Noh Da Hyun is the only one who doesn’t remember the incident. Even her mother and grandmother had big responses to hearing Eun Gye Hoon’s name. The reason behind why Noh Da Hyun doesn’t remember any of her elementary school days has yet to be revealed. She tells Lee Eun Jung (Lee Bom) that she doesn’t remember because of a head injury she had as a kid. Later, she belatedly realizes that she was in the same class as Eun Gye Young. As more memories surface, so will more crucial truths. 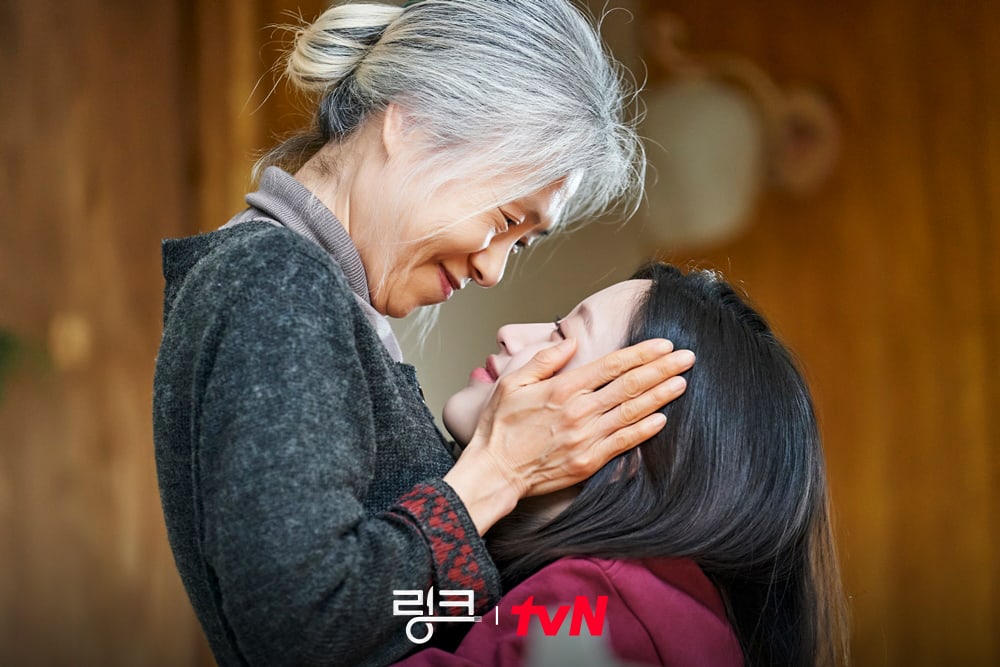 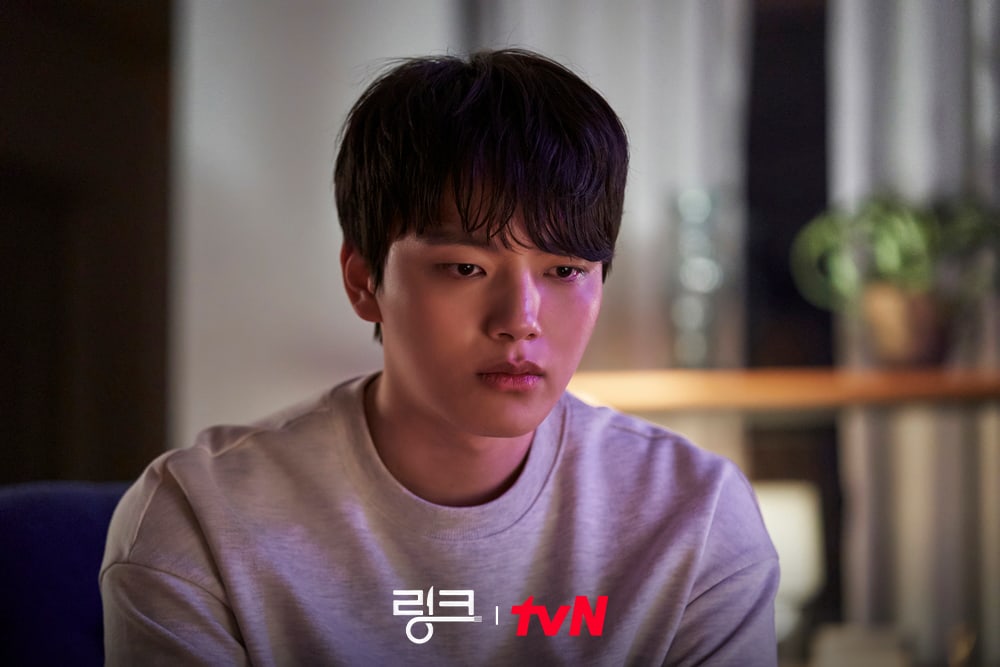 The murky alibis of involved neighbors

Eun Gye Young’s case is now 18 years old. At the time of the initial disappearance, Eun Gye Young’s piano teacher Han Eui Chan (Lee Kyu Hee) became a prime suspect after his son Ji Won Tak wrote a letter describing his father being covered in blood on the same day. Even after being let go by police due to lack of evidence, Han Eui Chan struggled to live beyond the title of murderer nailed to him by his neighbors.

But when the neighbors acted suspiciously at the rumor of Eun Gye Hoon’s return, suspicions arose regarding what really happened. In the upcoming latter half of the series, the truth behind Han Eui Chan’s alibi will be revealed along with the stories of the remaining neighbors on that day of the incident. 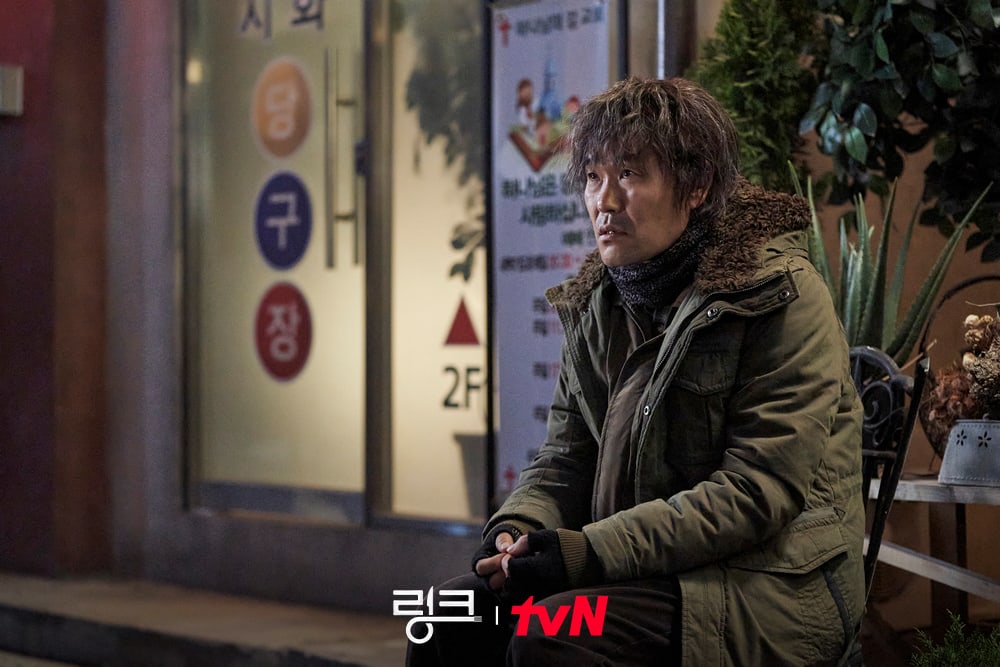 The production team commented, “While the first half portrayed the fateful relationship between Eun Gye Hoon and Noh Da Hyun incited by the ‘link’ phenomenon and the seemingly normal but suspicious neighborhood of Jihwa, the second half will focus on the development of Eun Gye Hoon’s and Noh Da Hyun’s feelings for each other as well as the unraveling of the unrevealed and unspoken truth behind the case from 18 years prior. Please look forward to an even more heart-fluttering romance between the main characters as well as the story of Jihwa that is full of plot twists.”

In the meantime, watch Yeo Jin Goo and Lee Kyu Hee in “Beyond Evil” with subtitles: