Jang Yoon Joo Talks About Connecting Modeling With Her Role In “Money Heist: Korea,” What To Expect In Part 2, And More

Based on the hit Spanish series “Money Heist,” the drama follows an anonymous squad of robbers who join forces for an ambitious, large-scale heist on the fictional Unified Korean Mint. In a recent interview, Jang Yoon Joo shared her thoughts on the captivating role and series. 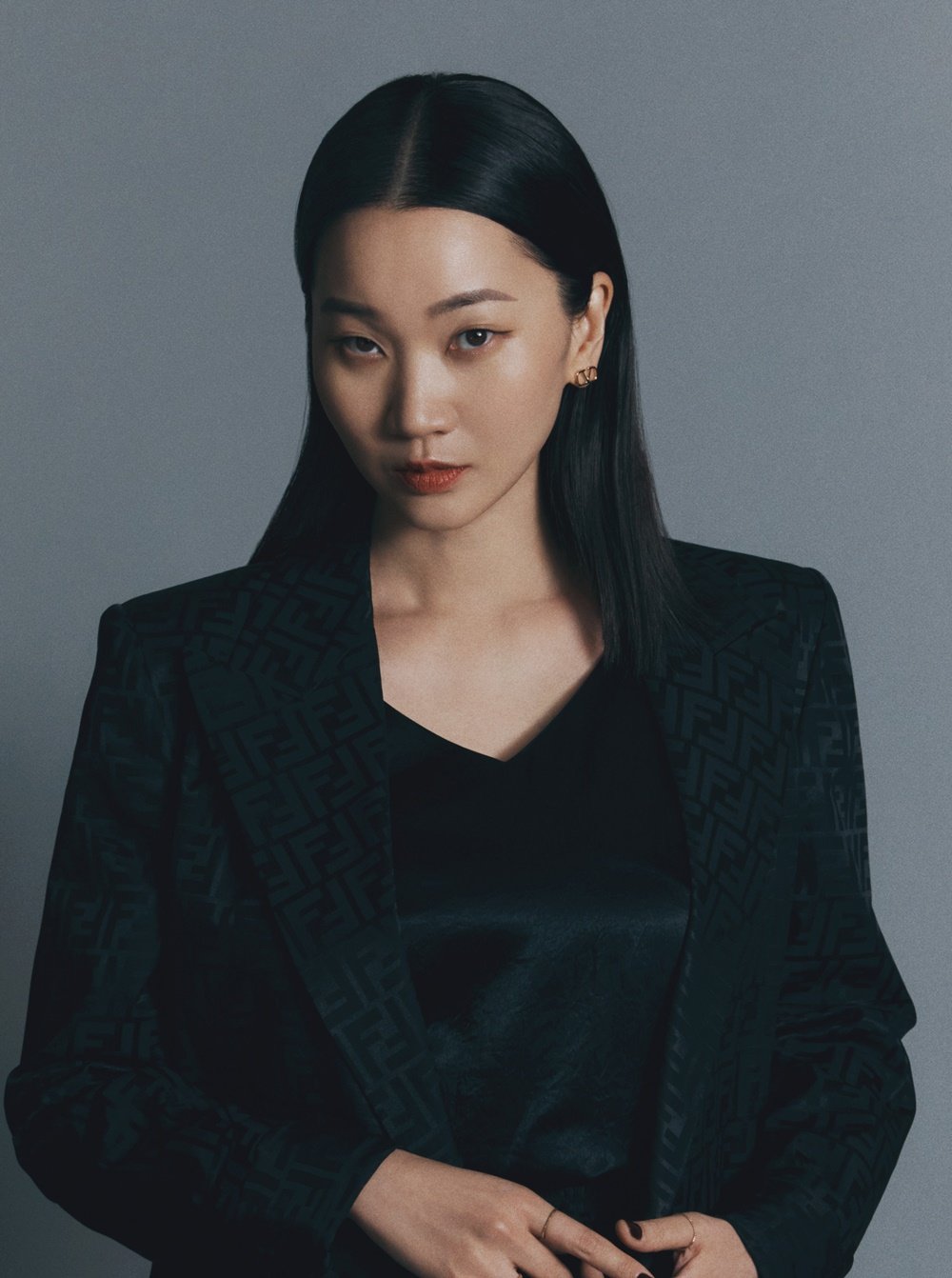 She started off by saying, “I was glad to take on the role because it was the only role I got to wear makeup for out of all my previous roles. I thought that this time, I should really employ the strengths I developed through my modeling work as well as the image I’ve built up throughout my career. I put a lot of effort and thought into each and every aspect including hair, makeup, styling, and outfits. [Nairobi] is a sexy female character, so I had fun the whole time I was shooting, more than I had with any other character.”

“Money Heist: Korea” took the second place spot as Netflix’s most popular series but nevertheless received mixed responses. In response to this, Jang Yoon Joo commented, “These days, people choose the content they view. Each person has a different perspective, and now they choose what they want to watch and listen to. The original ‘Money Heist’ series was already popular, so we all expected negative responses even if we were to perform well. Because of this, I’m not too caught up in the negative feedback. Part 2 is coming up, and I am certain that there will be a better response then. I also feel that all opinions should be respected and accepted.”

She added, “I’m really thankful. Recently, the number of messages I receive from fans abroad has increased incredibly. I never received this many, so I’m just thankful that they send me so many supportive messages. Now we have to climb up to first place.” 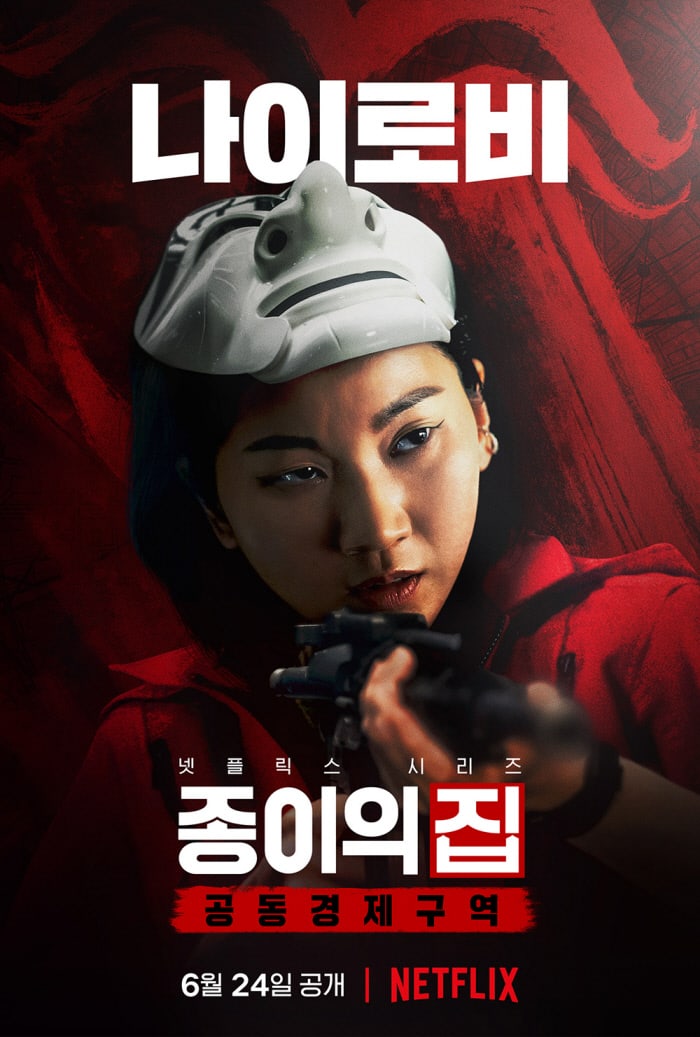 In the series, Nairobi is an unrivaled forgery expert, but in Part 1, not much of her story was told. Jang Yoon Joo said, “It’s not the end though! There is an upcoming narrative. It hasn’t been revealed, but you’ll be able to see lots of different facets, so I hope you all look forward to it.”

She also shared how she tied her experiences as a model to her role, saying, “Modeling is also a career in which we have to constantly transform. I, of course, know the fun in doing so and enjoy it, but in Nairobi’s case, even the slightest changes in her makeup would incite big differences. Also, most of her outfits were selected from domestic designer brands. I was proud to wear Korean brands in Korean content.” 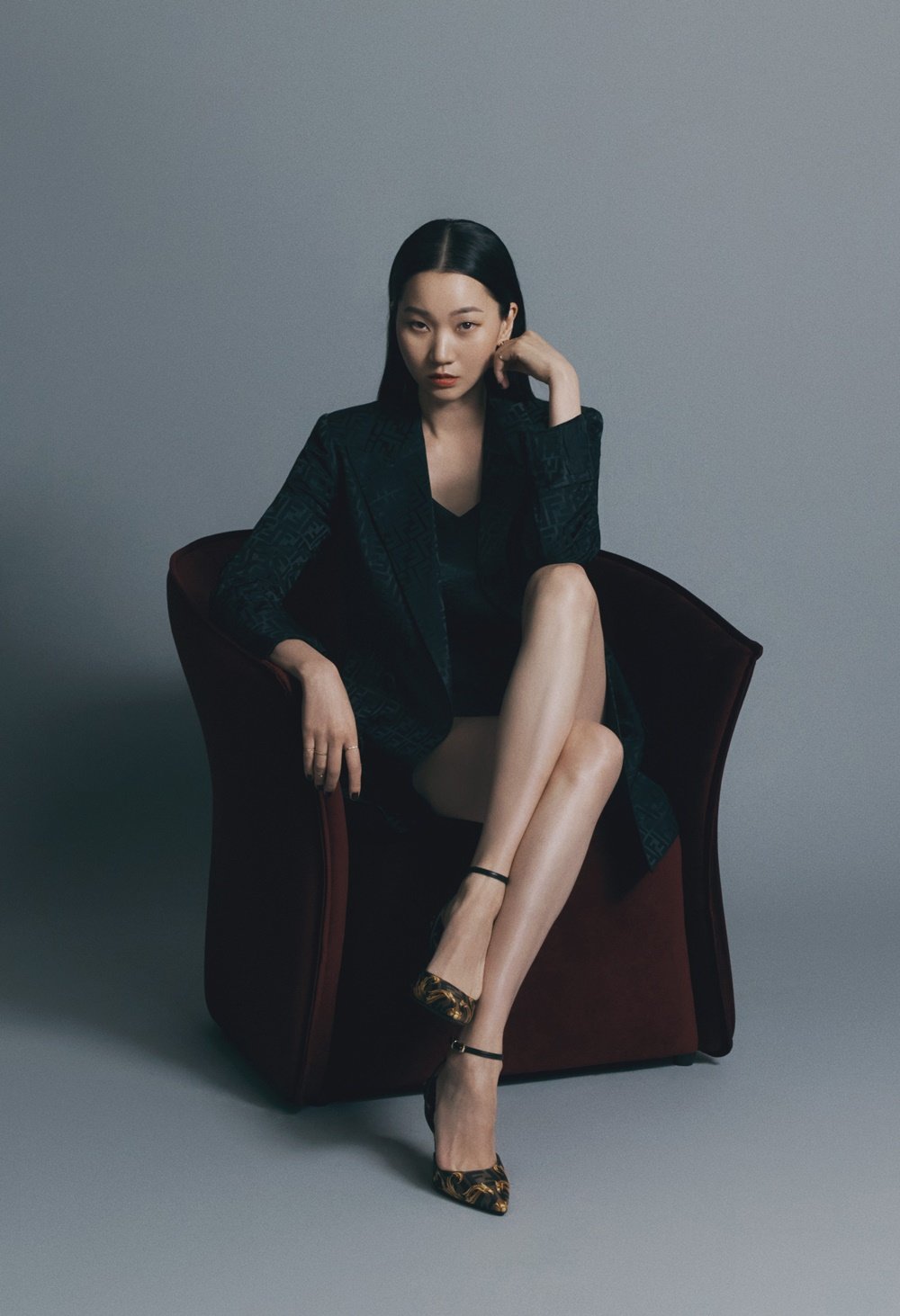 She shared, “From Part 1, I remember working with Jeon Jong Seo. It was short but memorable. I was also always in awe while working with Park Hae Soo who plays Berlin. He is actually someone I depended on a lot while acting.”

She added, “I don’t have much acting experience, but I think I’m better at working with others than I am at rushing forward while thinking only about my individual acting. This is because there’s much more synergy produced when I work with other actors. Even on the set of ‘Money Heist: Korea – Joint Economic Area,’ there were many times we would say, ‘Should we try this?’ It was really fun and necessary. At times like that, the ensemble comes alive. Even from a viewer’s perspective, it will be a better production to watch.”

On set, Jang Yoon Joo was often in charge of setting the atmosphere. She explained, “Everyone was serious. Yoo Ji Tae, among others, would laugh at anything I would say. They say I’m funny. Kim Yoon Jin really likes me too. I think I was able to be more lively and at ease thanks to my role as Nairobi.”

Jang Yoon Joo
Money Heist Korea
How does this article make you feel?