Get ready for a heated confrontation between Na In Woo and Ki Do Hoon in “Jinxed at First”!

Based on a webtoon called “The Jin’x Lover,” “Jinxed at First” is a new fantasy romance drama about what happens when a poor, unlucky man stumbles upon a goddess of fortune, who has jumped out into the unknown to undo a curse despite having been hidden away by a chaebol family.

Previously, Sun Min Joon (Ki Do Hoon) found out that Gong Soo Kwang was alive and secretly leaked that Seul Bi is linked to Geumhwa Group. When Seul Bi and Gong Soo Kwang were kidnapped, Sun Min Joon attempted to save them but couldn’t. However, thanks to Seul Bi’s ability, they were able to escape safely.

It is said that Gong Soo Kwang reacts explosively after hearing about Seul Bi and races to Geumhwa Hotel where Sun Min Joon just calmly watches him. This heralds a suffocating war of nerves between the two men.

Another photo shows Seul Bi looking empty as if she’s unable to accept the current situation where everything has gone south. As such, it is expected that the three characters will face trials and tribulations, increasing anticipation for the next plot developments. 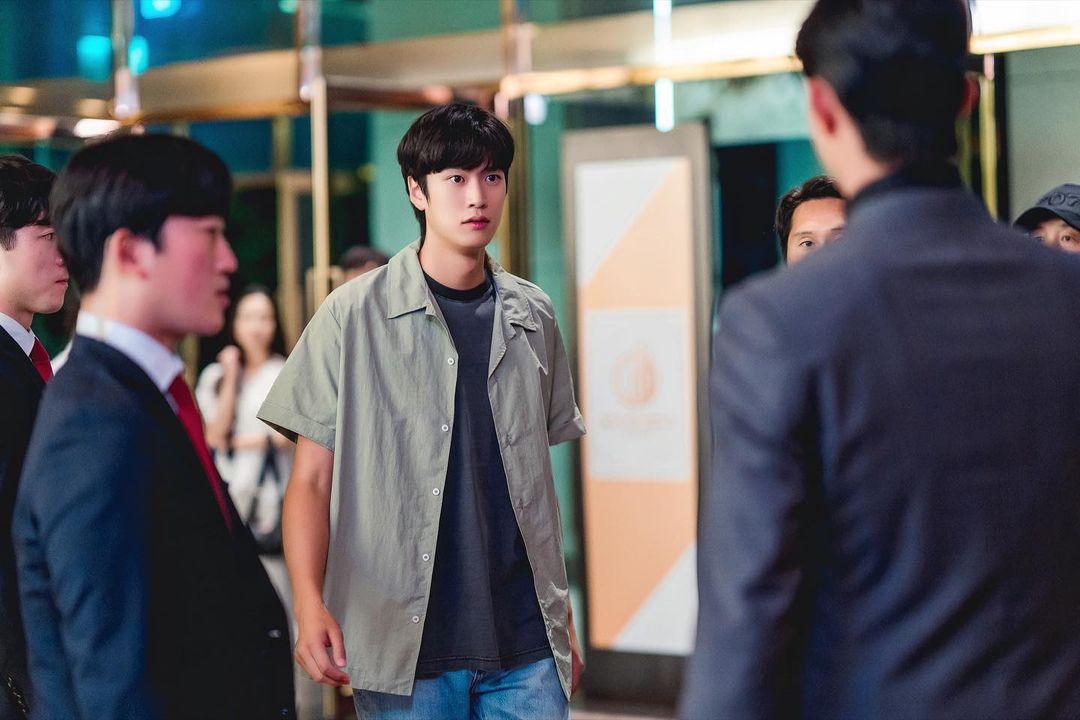 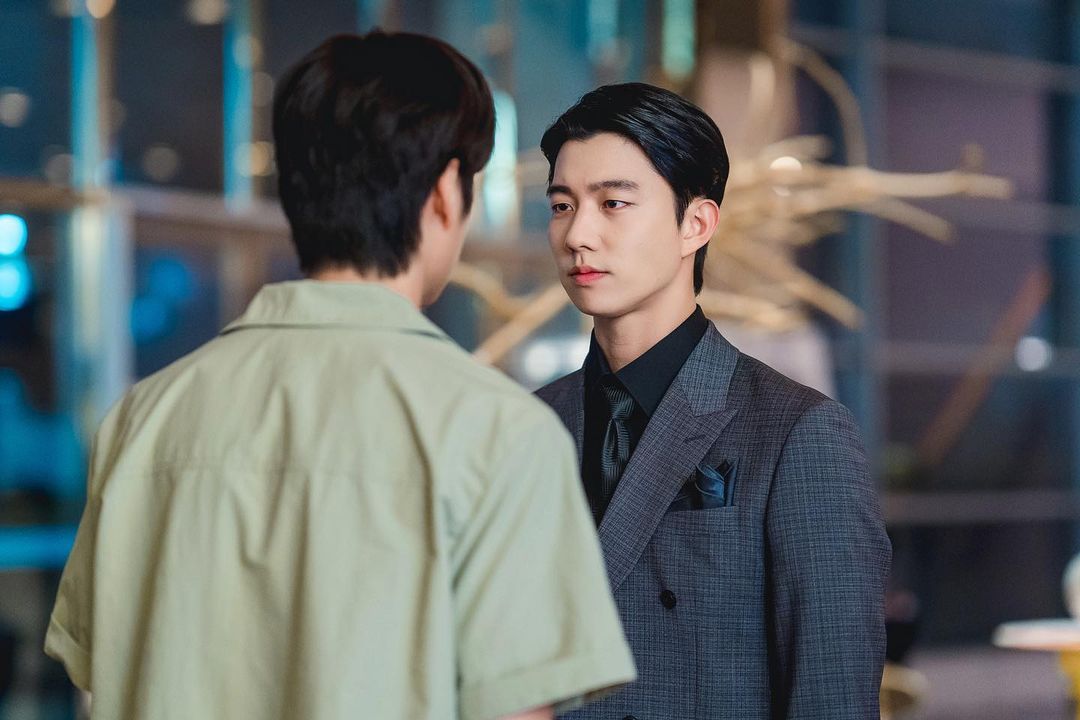 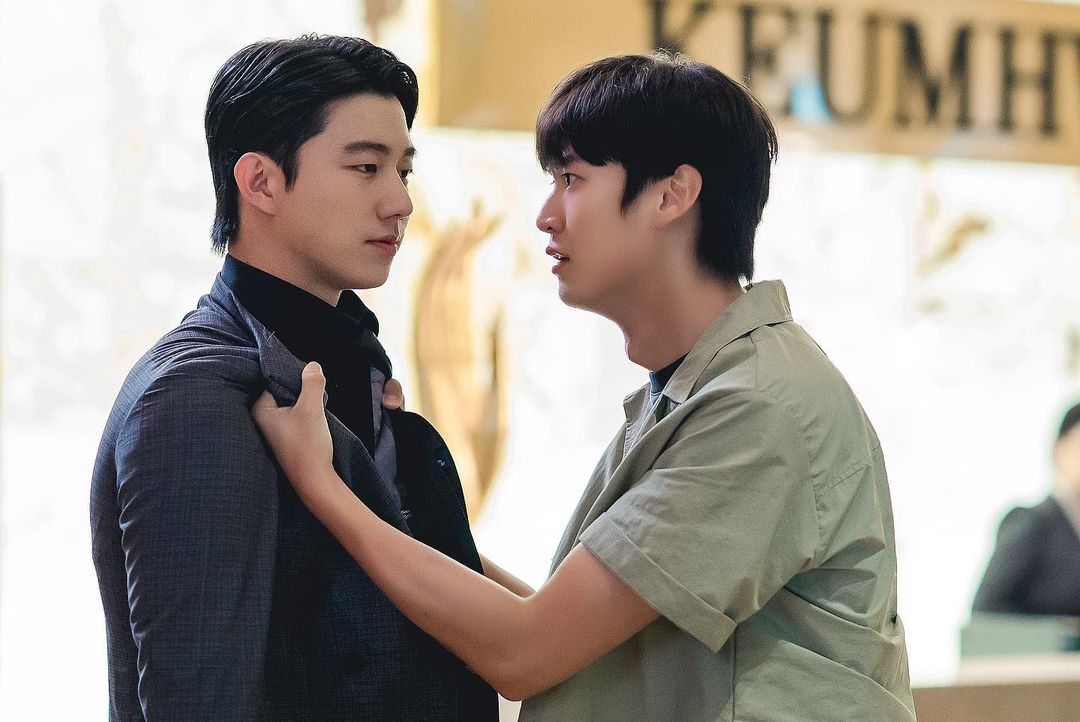 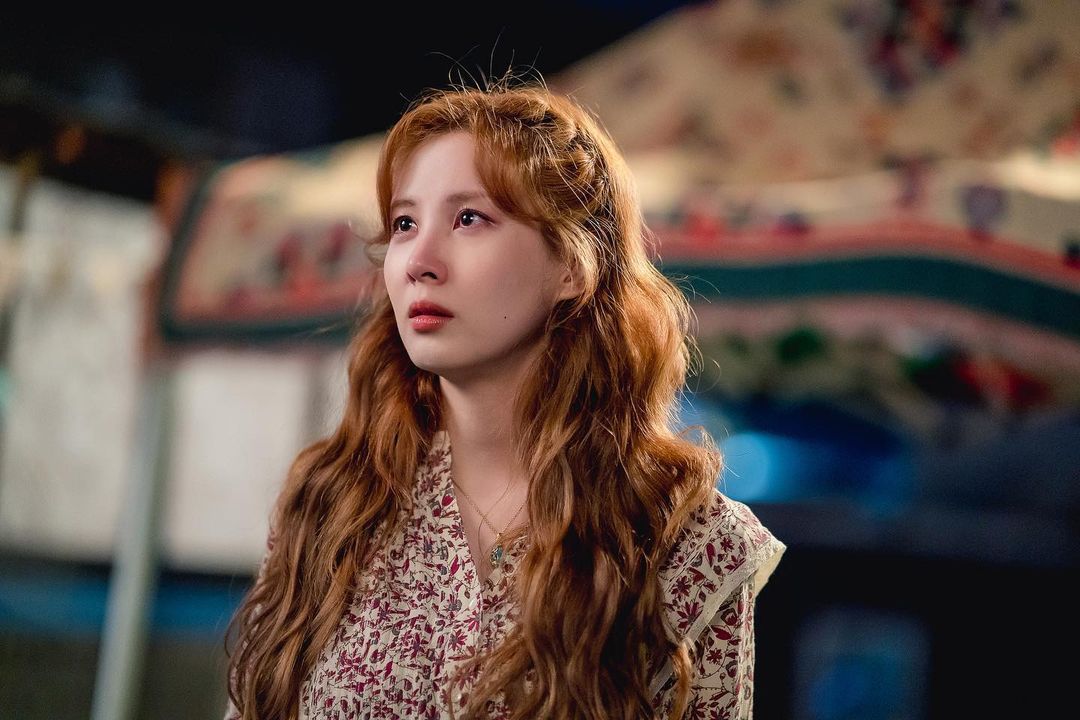 The production team shared, “In episode 7, Seul Bi, Gong Soo Kwang, and Sun Min Joon will colorfully portray various changes in their emotions toward each other. Please focus on how they change their minds and keep an eye on what will happen in the future.”