Kang Ha Neul must go back to the drawing board after his plans for revenge fall apart on JTBC’s “Insider“!

“Insider” is an action suspense drama about a judicial trainee whose life is destroyed in the blink of an eye while going undercover to investigate a corrupt prosecutor. While in prison, he begins to plot revenge for the betrayal he’s experienced.

On the previous episode of “Insider,” Kim Yo Han found himself in danger when—shortly before his scheduled release—he was framed for the murder of Song Doo Chul (Choi Moo Sung). When he learned that he was going to be transferred to another prison, Kim Yo Han turned to Do Won Bong (Moon Sung Geun) for help. The chairman then requested that he kill someone for him, leaving viewers wondering whether Kim Yo Han would take him up on his shocking offer.

With his impending release cancelled and all of the status he had built up at Seongju Prison gone in the blink of an eye, Kim Yo Han’s carefully drawn plans for revenge have also been reset. Forced to rethink his strategies and draw up a new revenge plot, he has no choice but to fall to his knees before Do Won Bong in order to pledge his loyalty.

Newly released stills from the drama’s upcoming episode capture Kim Yo Han’s plight: in one photo, the prisoner is tied up with rope, revealing his lowered status and desperate new situation at the prison. In another, he kneels and bows low before Do Won Bong, who seems to be realizing just how much power he suddenly has over Kim Yo Han. 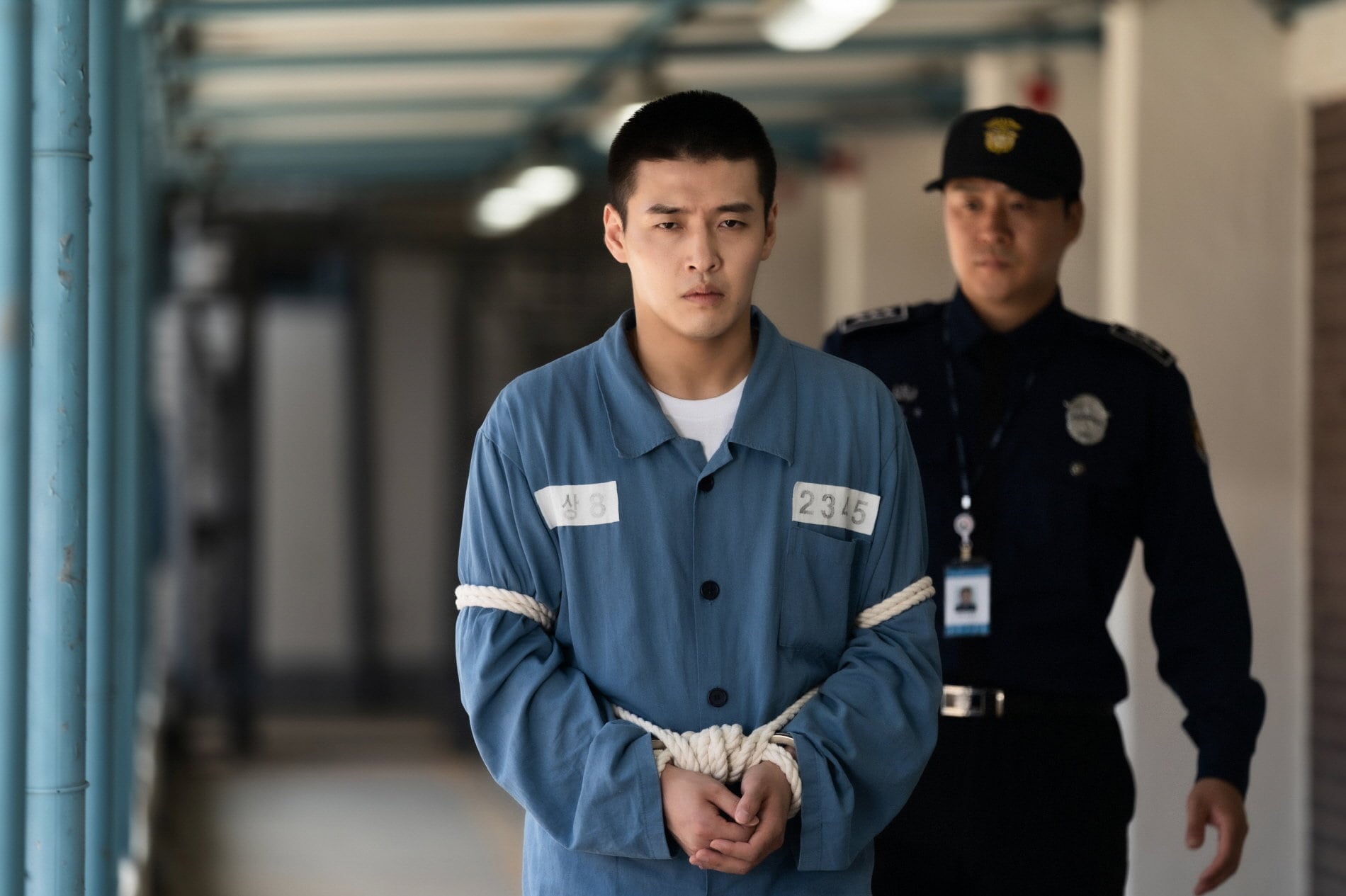 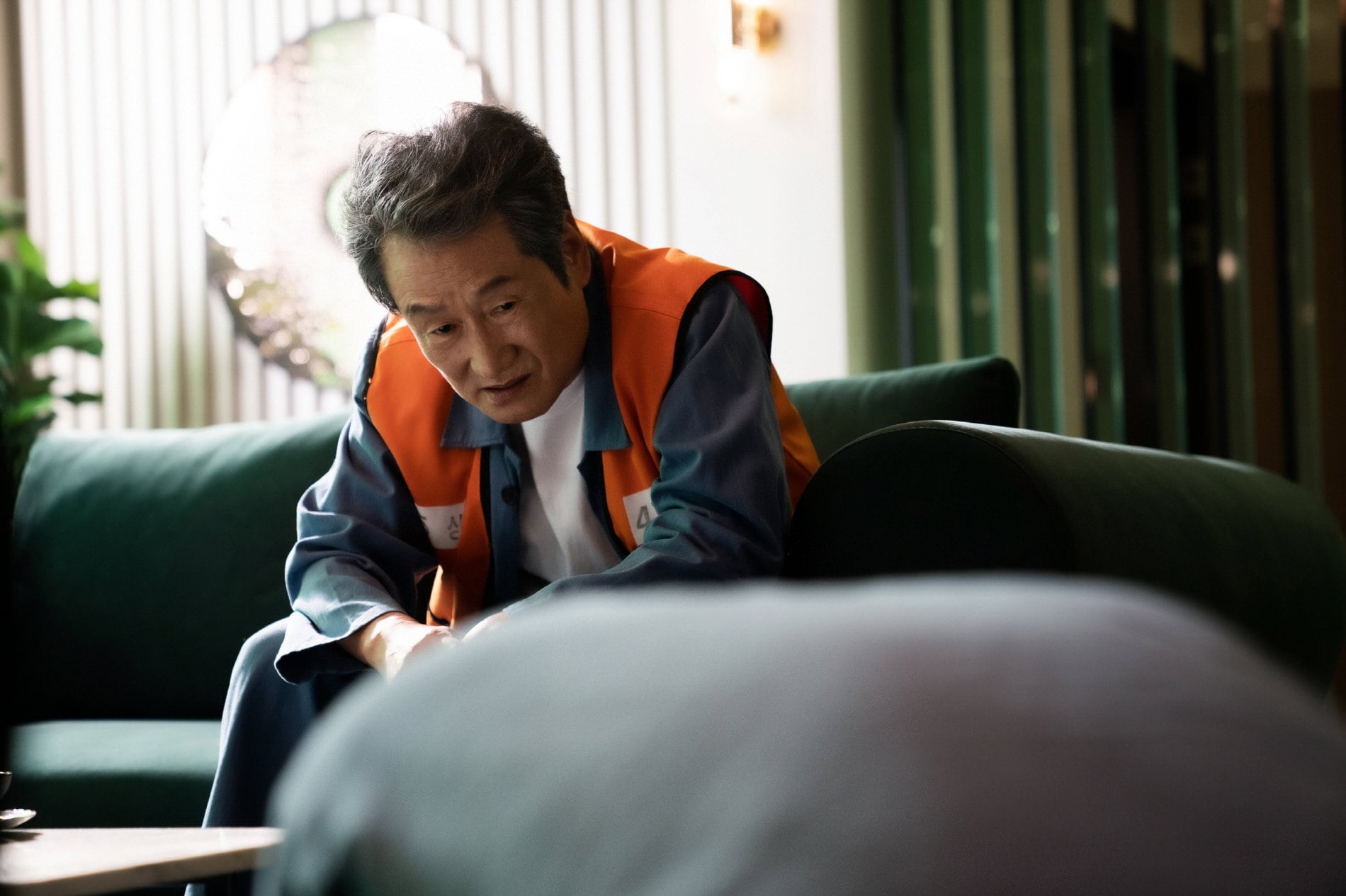 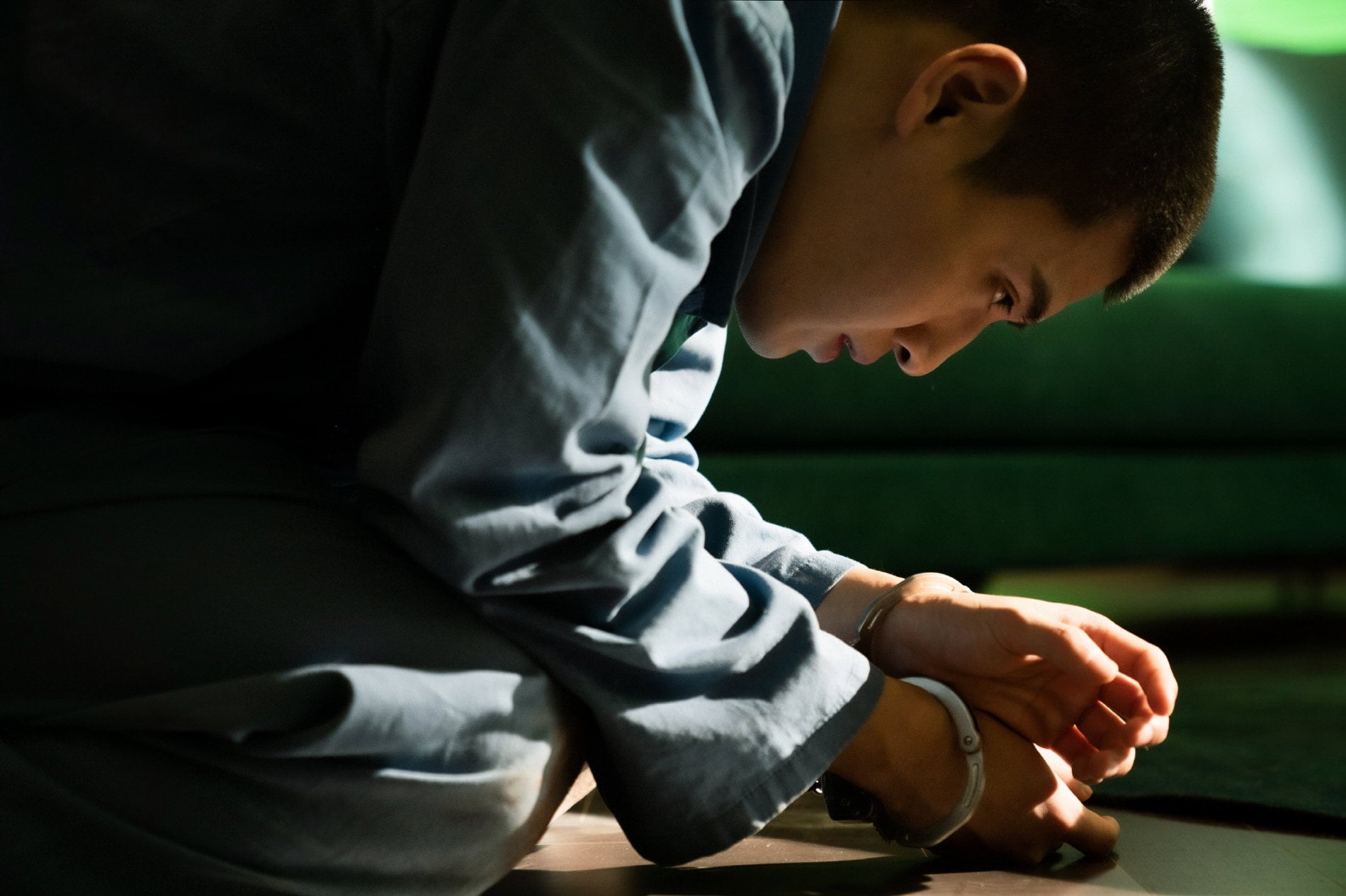 The producers of “Insider” teased, “Starting from Episode 9, we will enter the second half of Kim Yo Han’s game. His new methods and gameplay, which will be different from what he’s shown up until now, will deliver fresh thrills. Please keep an eye on how [Kim Yo Han], who has furtively infiltrated the game board as a hidden bomb without anyone noticing, will be able to turn the tables.”

To find out how Kim Yo Han will adapt his revenge plot to his new circumstances, tune in to the next episode of “Insider” on July 6 at 10:30 p.m. KST!