ENHYPEN is heading abroad on their first-ever world tour!

On July 8, ENHYPEN officially announced their first set of dates and cities for their upcoming world tour “MANIFESTO,” which will begin in Seoul this September.

After kicking things off with two nights of concerts in Seoul on September 17 and 18, ENHYPEN will head to the United States, where their tour will take them to six different cities in October. The group will perform in Anaheim on October 2, Fort Worth on October 6, Houston on October 8, Atlanta on October 11, Chicago on October 13, and New York on October 15.

However, fans outside Japan and the United States need not be discouraged: according to BELIFT LAB, the group will soon reveal more dates and cities for the upcoming tour. 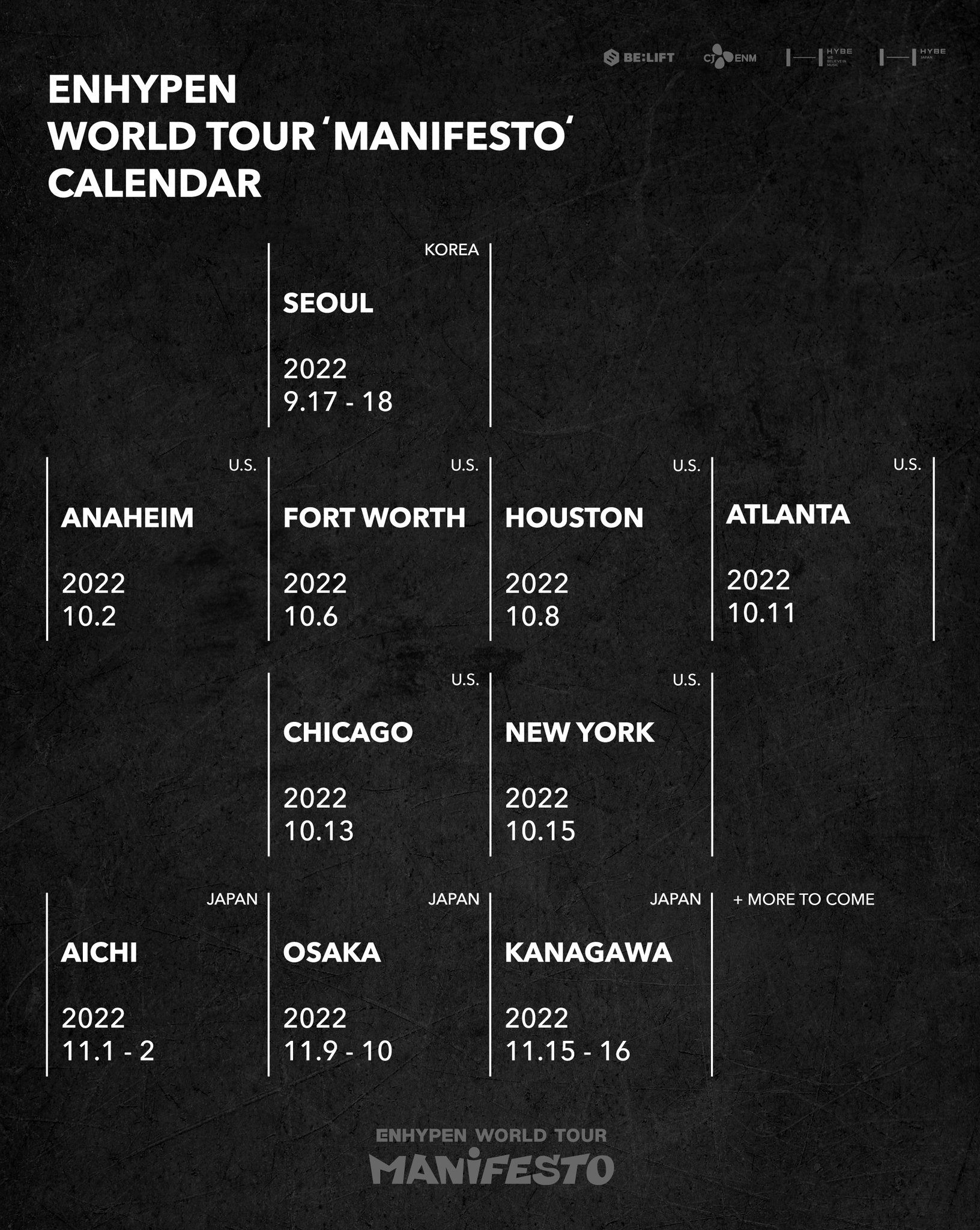 Are you excited for ENHYPEN’s tour?