Hwang In Yeop And Seo Hyun Jin Share An Emotional Exchange In The Rain In “Why Her?”

Previously, Oh Soo Jae finally found out about Gong Chan’s true identity after seeing his past record of being wrongfully accused of the murder of his stepsister. Oh Soo Jae could not hide her shock to find out that Gong Chan is the same person as Kim Dong Gu (Yu Gene Woo), the person she defended in the past as a lawyer.

The newly released stills capture Gong Chan and Director Baek Jin Ki (Kim Chang Wan) running into each other at a charnel house. After someone’s remains were discovered at a construction site, Gong Chan thought of his stepsister Jeon Na Jung (Hwang Ji Ah), and he set out to visit the charnel house where her remains lie. However, Gong Chan appears shocked to unexpectedly run into Baek Jin Ki there, raising questions about the link between them. 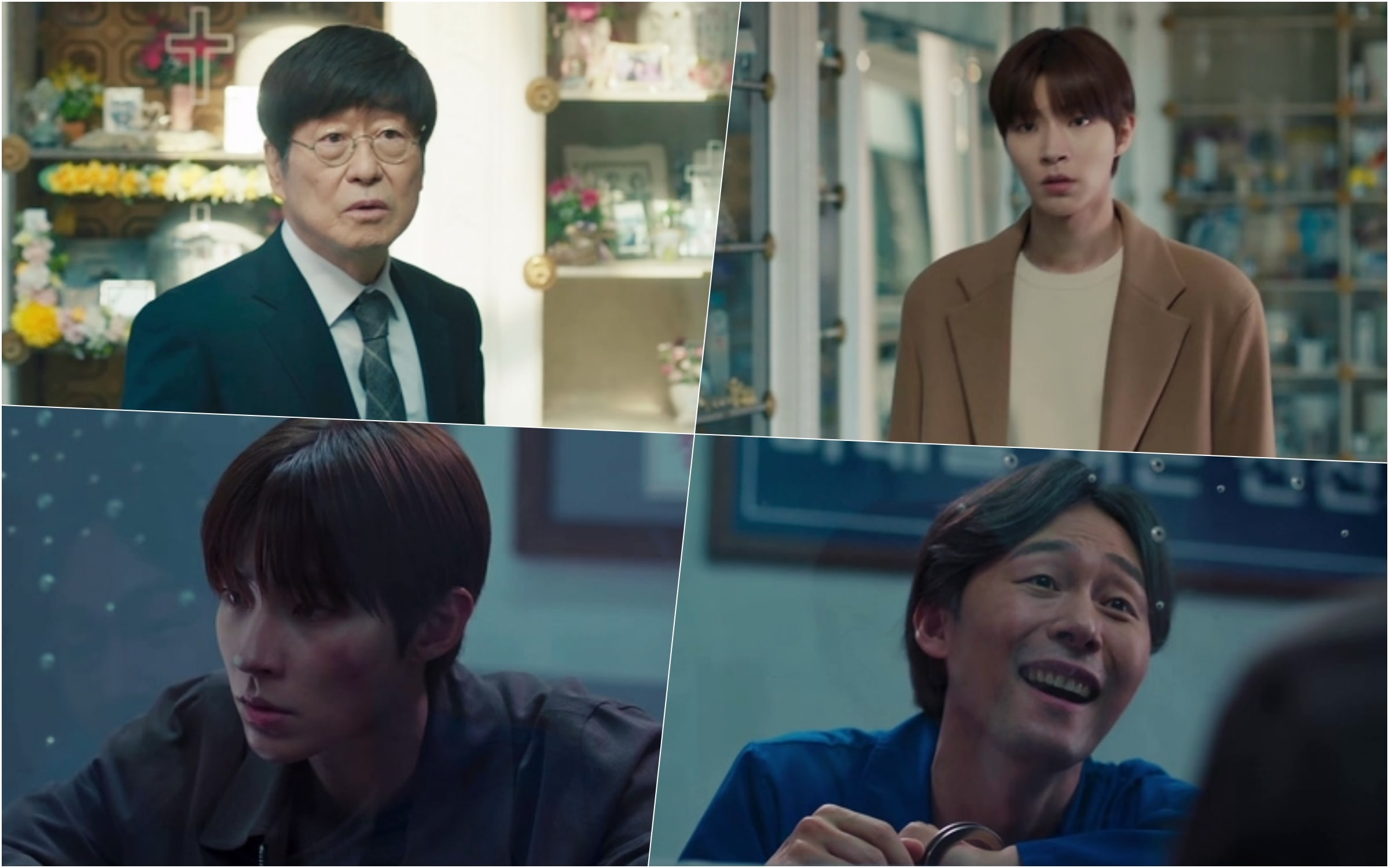 Furthermore, more photos preview Oh Soo Jae and Gong Chan’s meeting. Gong Chan sits in the pouring rain, head bowed in self-blame. Oh Soo Jae’s cold and dry expression and Gong Chan’s mournful and pitiful gaze hint at a change in atmosphere, making the distance between them seem far despite being under the same umbrella. 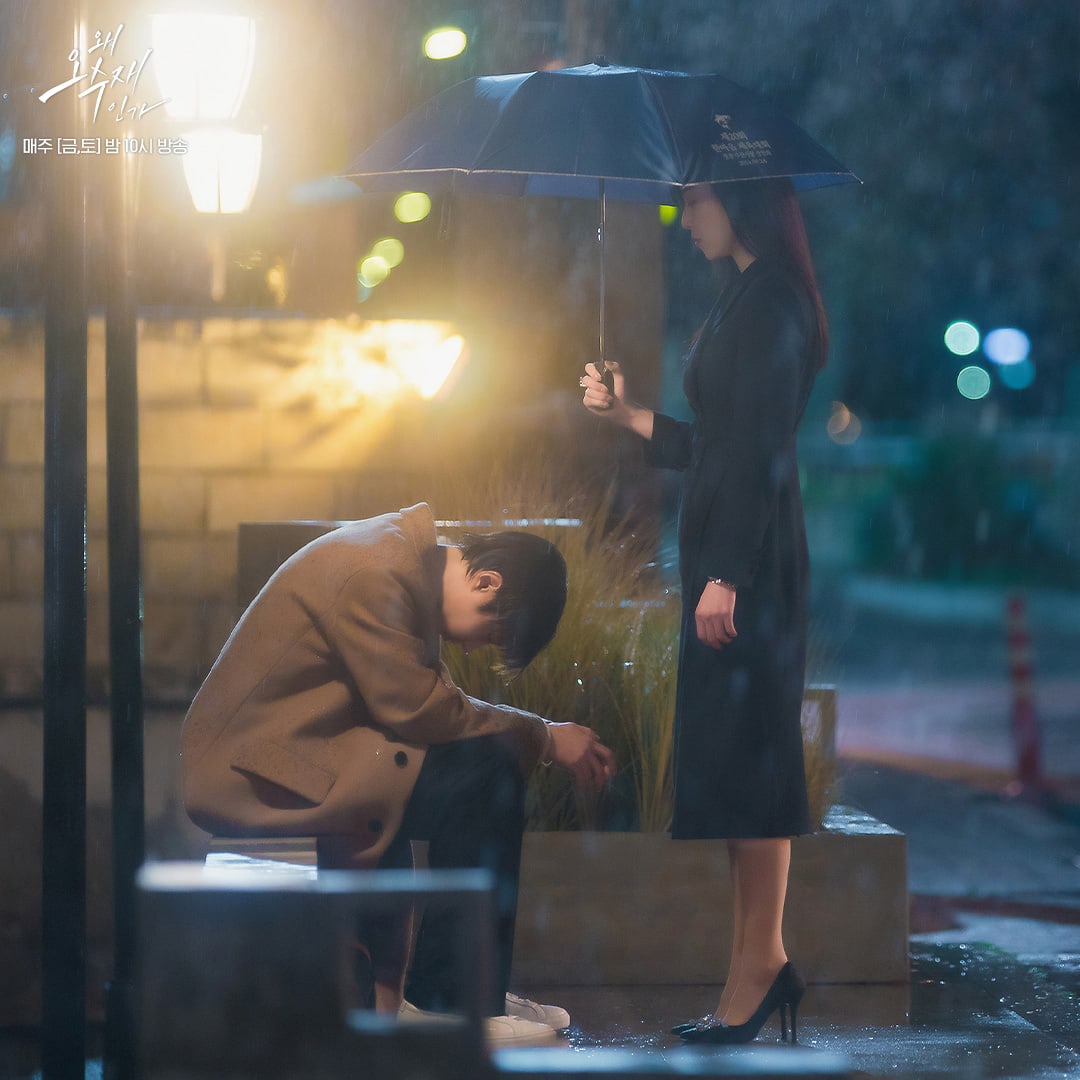 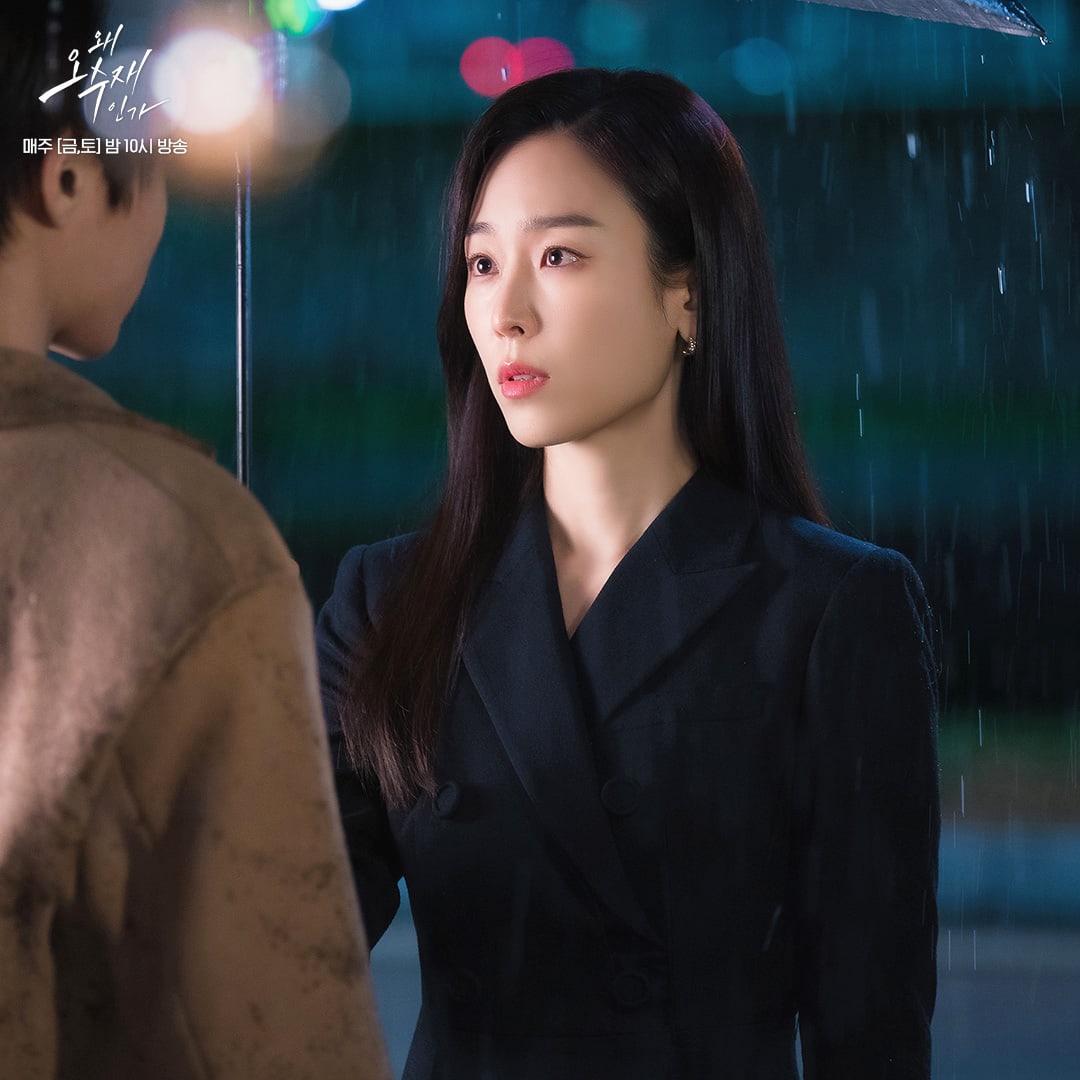 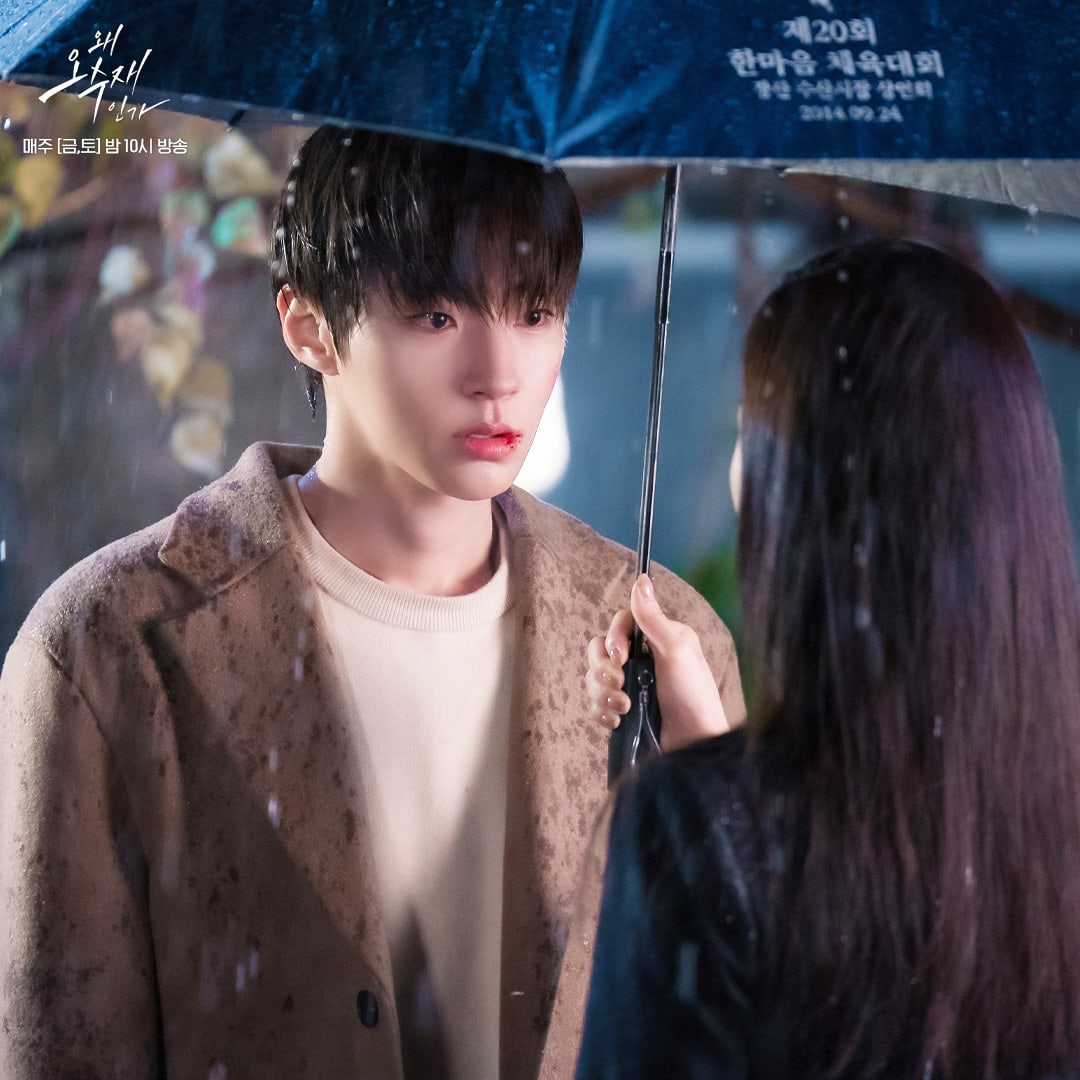 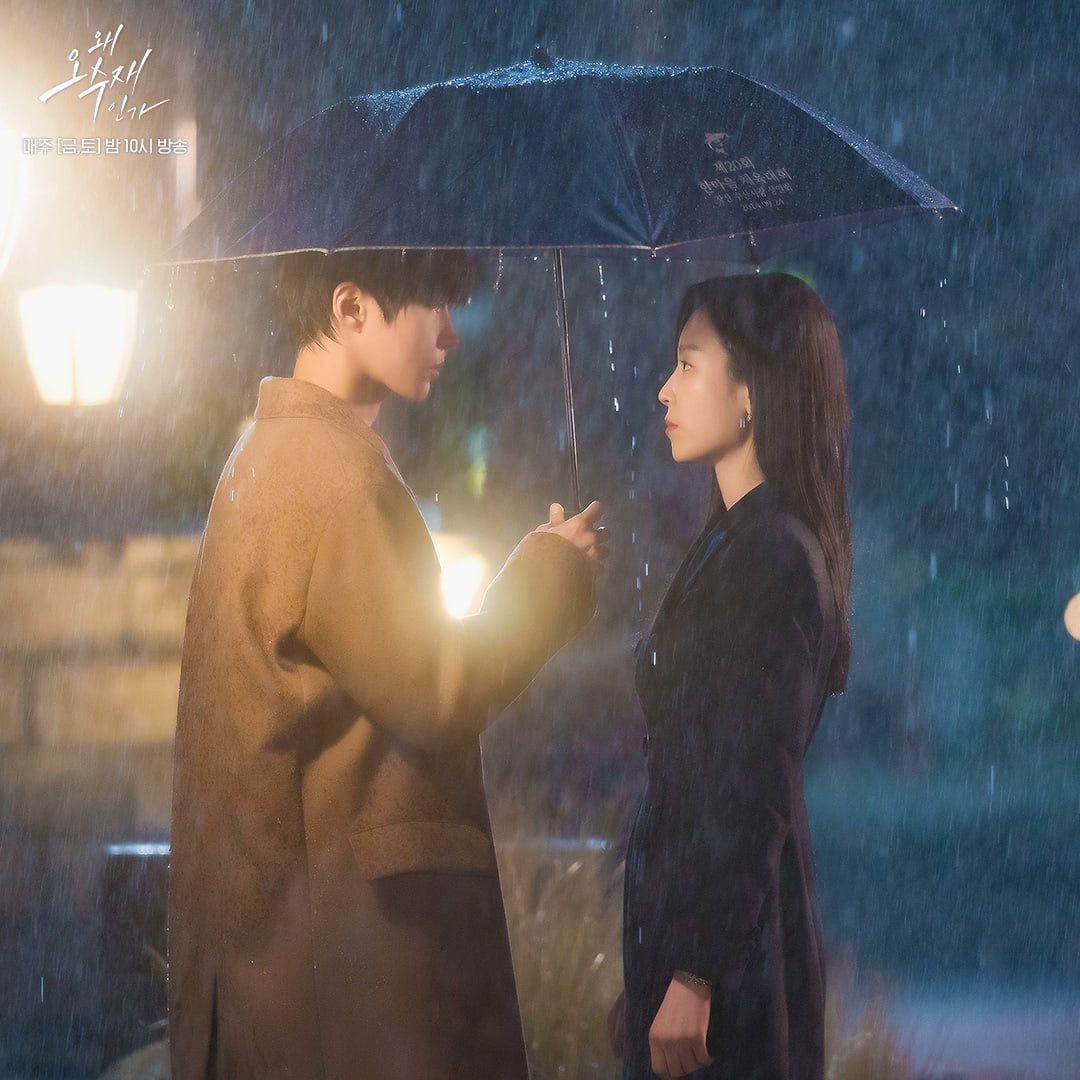 The production team shared, “Please keep watch to see the changes in Oh Soo Jae and Gong Chan and if the Kim Dong Gu case that resurfaces again after 10 years will mark the start of their relationship as well as the end. The truth that wasn’t revealed in the past will also start to be unveiled.”

Kim Chang Wan
Seo Hyun Jin
Kim Han Joon
Hwang In Yeop
Why Her?
How does this article make you feel?