A remake of the British television series of the same name, “Cleaning Up” tells the story of three cleaners at a securities firm that attempt to forge a new destiny for themselves after accidentally overhearing some key information about insider trading. Yum Jung Ah stars as Eo Yong Mi, the leader of the trio, while Jun So Min and Kim Jae Hwa play the other members of her squad.

Previously on “Cleaning Up,” Lee Young Shin (Lee Moo Saeng) felt betrayed by Eo Yong Mi after he learned her true identity and found out that she had been deceiving him the entire time. However, even in spite of all her lies, his feelings for Eo Yong Mi continued to grow—and at the end of the episode, he rushed to her house and began banging on the door after he noticed that something was amiss.

In newly released stills from the drama’s next episode, Lee Young Shin has managed to rescue Eo Yong Mi from grave danger. Although she was attacked in her home by a mysterious intruder at the end of the previous episode, the injured Eo Yong Mi now rests safely in Lee Young Shin’s arms.

Meanwhile, as he tenderly embraces Eo Yong Mi, Lee Young Shin wears a solemn look of determination that suggests he has just made up his mind about something. 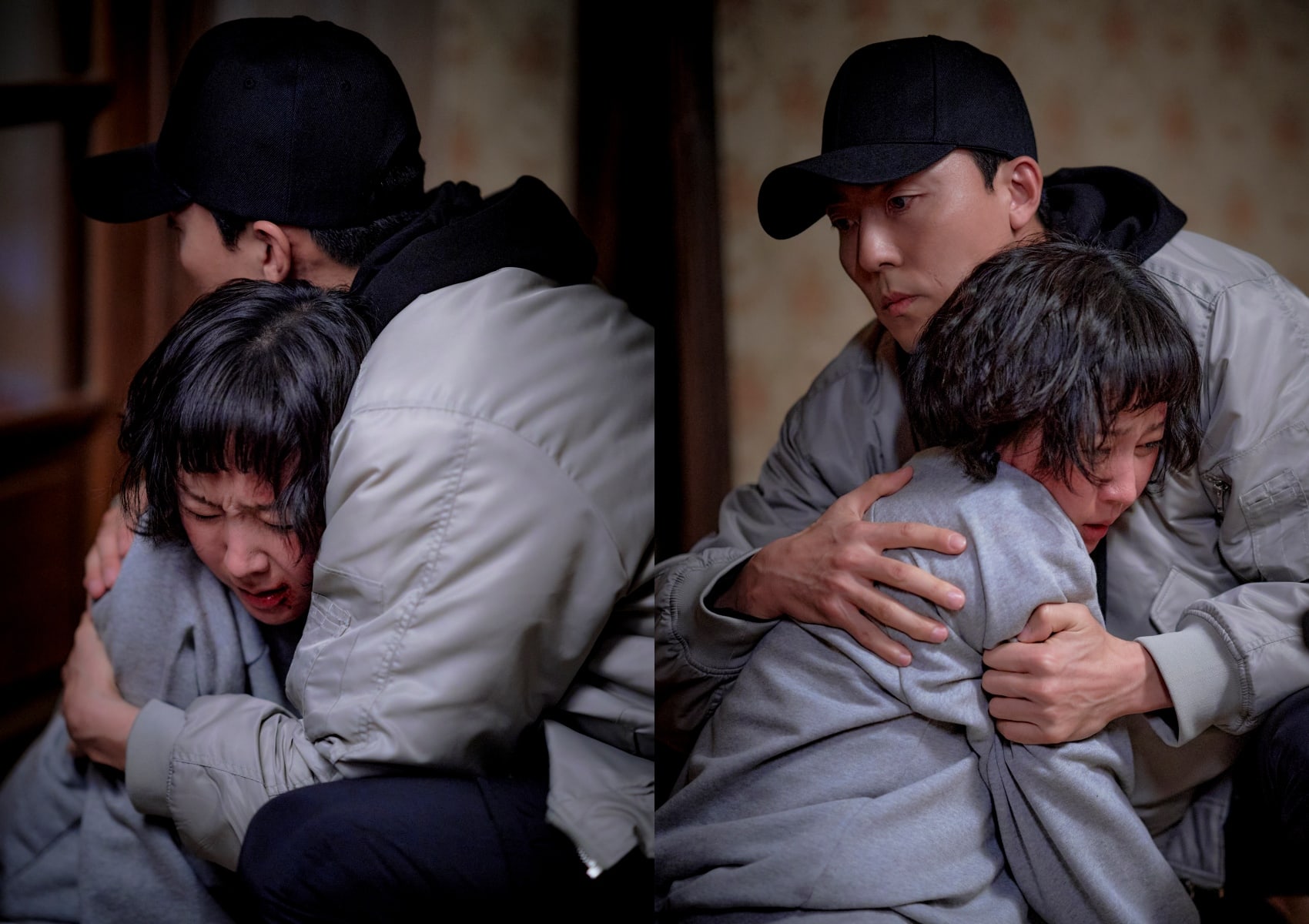 As last week’s preview for Episode 11 included an alarming glimpse of Lee Young Shin asking, “How am I going to die today?”, viewers have been on the edge of their seats since last week waiting to find out what he meant.

The producers of “Cleaning Up” teased, “Young Shin’s feelings for Yong Mi will become explosive. As a result, another unpredictable plot development—which is a trademark of “Cleaning Up”—will unfold. Please stay tuned to find out whether the tragedy of death awaits Yong Mi and Young Shin, who met because of a dangerous project and developed even more dangerous feelings.”

To find out what lies in store for this unlikely couple, tune in to the next episode of “Cleaning Up” on July 9 at 10:30 p.m. KST!

In the meantime, watch Yum Jung Ah in “SKY Castle” with subtitles below:

Yum Jung Ah
Lee Moo Saeng
Cleaning Up
How does this article make you feel?