Mark your calendars: ITZY is booked and busy for the first week of their comeback!

On July 10 at midnight KST, ITZY released a detailed promotion schedule for the first week of their return with their upcoming mini album “CHECKMATE” and its title track “SNEAKERS.”

Both “CHECKMATE” and the music video for “SNEAKERS” will drop on July 15 at 1 p.m. KST, and ITZY will be holding a Twitter Blueroom live broadcast one hour ahead of their release. Among other special events planned for comeback day, Mnet will be airing ITZY’s comeback special at 7 p.m. KST that evening.

ITZY will also be performing on “The Late Show with Stephen Colbert” for the famous U.S. talk show’s “#LateShowMeMusic” series.

Check out ITZY’s full schedule for “CHECKMATE Burning Week” below—and check out all of their latest comeback teasers here! 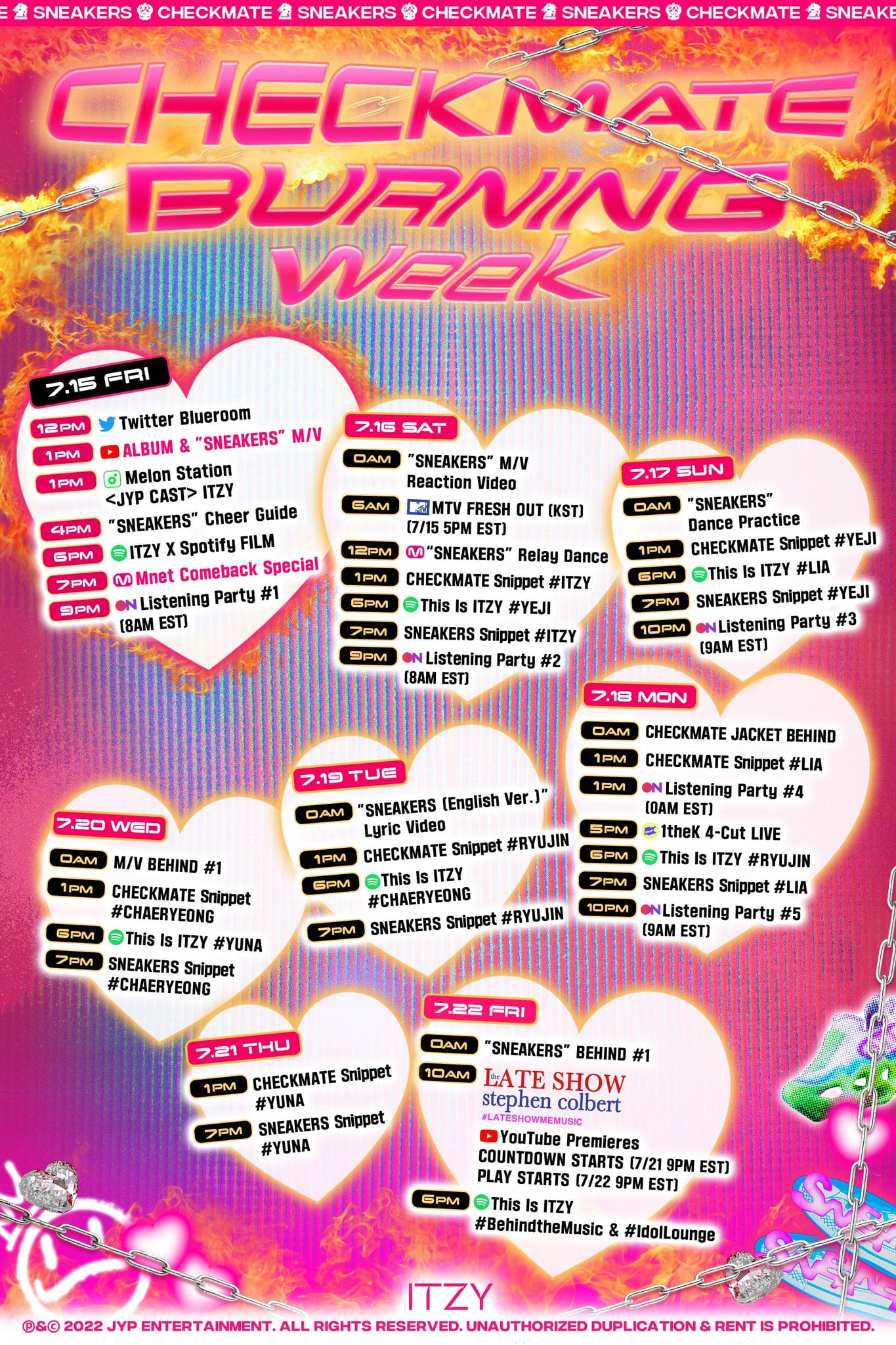 ITZY
The Late Show with Stephen Colbert
How does this article make you feel?