Jung Eun Chae Describes Why She Was Meant To Star In “Anna,” Working With Suzy, And More

Coupang Play’s “Anna” tells the story of Yoo Mi (Suzy), a woman who tells a small lie and ends up living someone else’s life. Jung Eun Chae plays Yoo Mi’s former boss Hyun Joo, who’s lived an extravagant life since birth. She’s someone who only cares about enjoying her own life, and does so without any consideration nor malice.

Regarding her character, Jung Eun Chae shared, “Typically, people are mistaken that the more money you have, the less you have to be jealous of. However, humans cannot be perfect and everyone is lacking in different aspects. Despite having a lot of things externally, Hyun Joo is also lacking and cannot be completely fulfilled. I felt that she had a subtle void because she never had a dream or hope that she was desperate for throughout her life. I think Hyun Joo was just always thinking, ‘What makes me perfect?'” 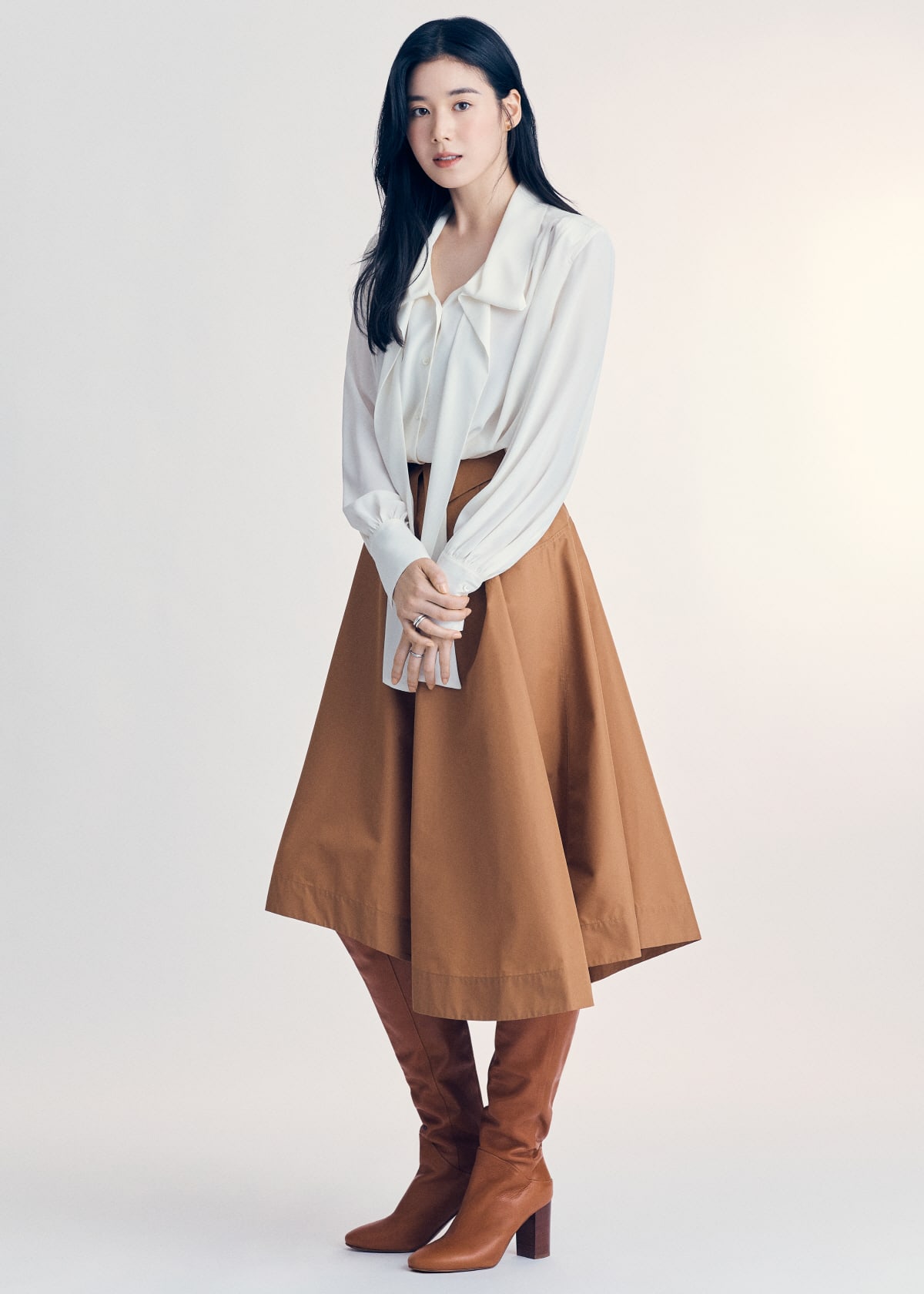 It appears as though Hyun Joo and Jung Eun Chae were meant to be, as the actress explained, “It’s been quite awhile since I’ve known the director [of ‘Anna’]. Before they started casting for ‘Anna,’ they said they really wanted me to act as Hyun Joo. From then on, I joined the process of developing and changing the character. I think they changed the character with me in mind in terms of using English or her back story of majoring in fine arts and living in the United Kingdom,” as Jung Eun Chae studied abroad in the U.K. for eight years in real life.

As soon as “Anna” was released on June 24, it garnered lots of attention, with Jung Eun Chae’s acting transformation being a hot topic. In addition to this new style of acting, Jung Eun Chae also spoke about paying a lot of attention to her character’s appearance.

She commented, “Since I had the same stylist as Suzy, we had several meetings beforehand. More than an outfit looking merely extravagant and pretty, I wanted the outfit alone to explain the character. I also wanted the wardrobe colors to be a palette that only Hyun Joo could pull off. Through this project, there were a lot of clothing items I wore for the first time. Since my character existed within that space, there was fun in watching that.” 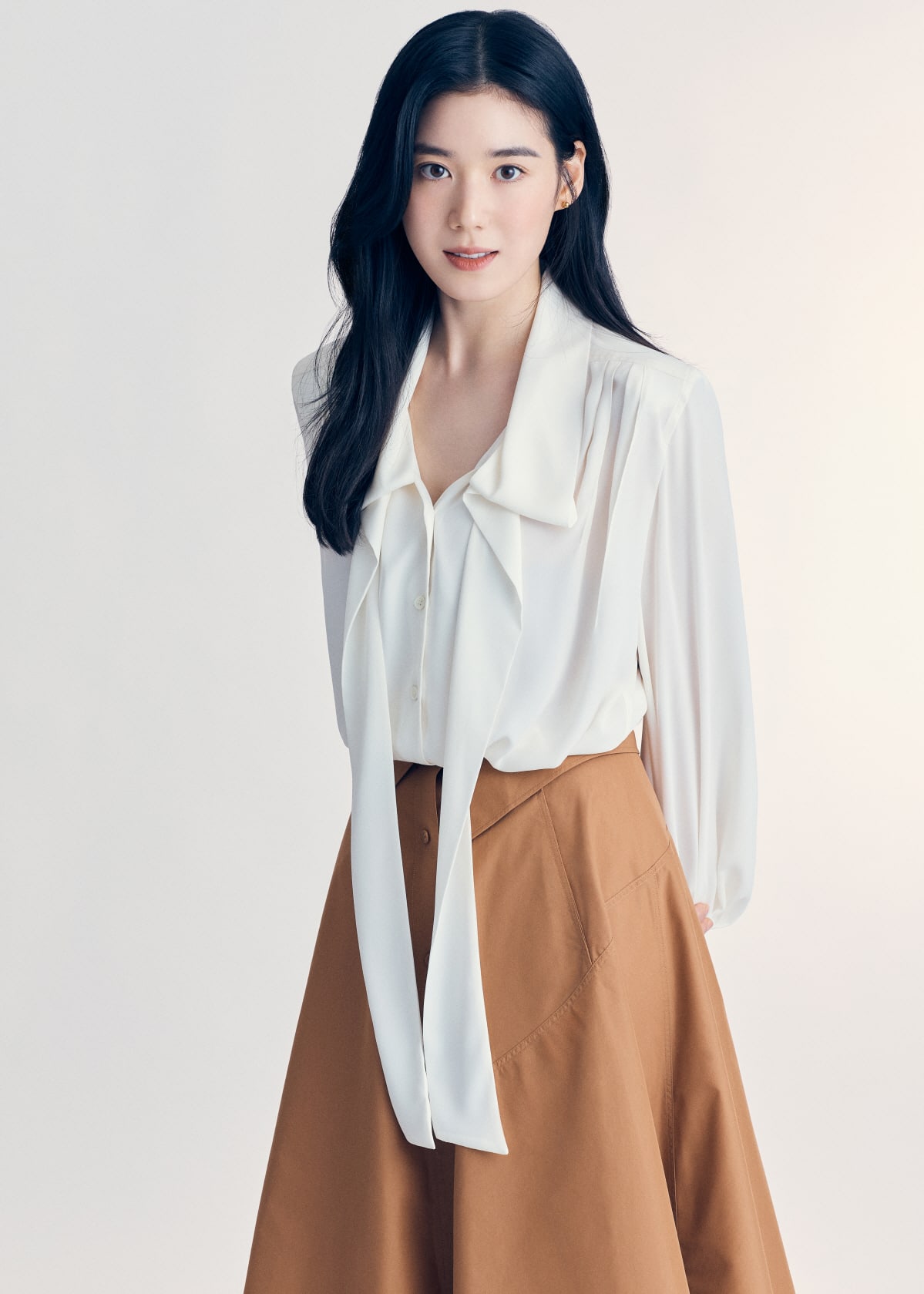 Despite Hyun Joo being such an inconsiderate character, moments with her daughter Stella pulled at viewers’ heartstrings. Jung Eun Chae shared, “To Hyun Joo, the existence of her daughter is the precious gift of a normal lifestyle.”

She explained that scenes with her daughter were the only ones that made Hyun Joo look human and added, “Since I was not a character that provided roots to the story, within my decided screen time, I had to act after making a goal for each scene. If I cannot showcase myself in this designated scene, it’s the same as missing out on the opportunity. The scene where Hyun Joo wishes her daughter a happy birthday is one of the scenes that captures this point well.” 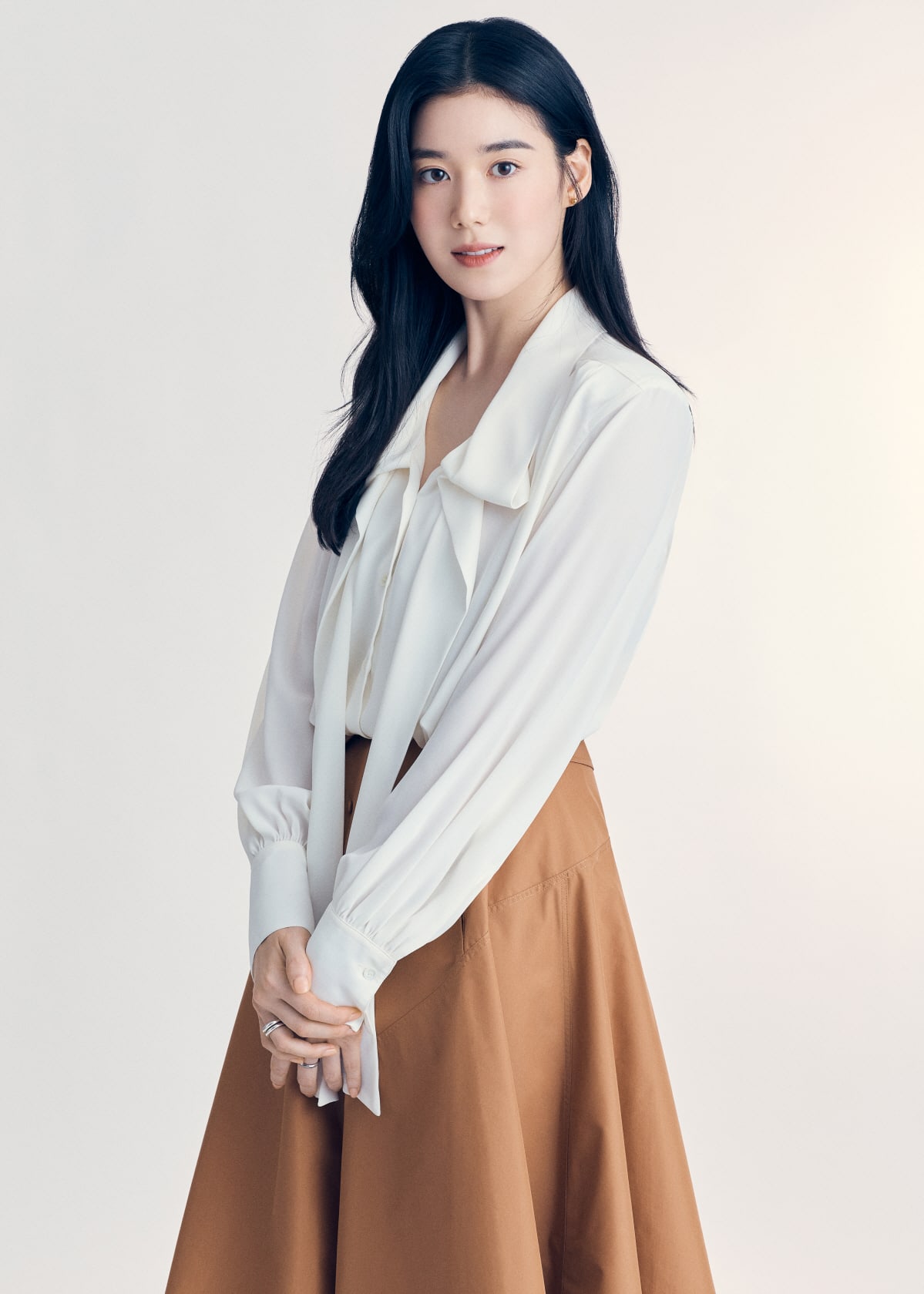 Jung Eun Chae also talked about working with her co-star Suzy, sharing, “When I read ‘Anna’ from start to finish, it was exactly the script I wanted to see. Although the main character experiences something dramatic, the scenario was of everyday life and captured ordinary emotions well. If every female actress read this script, I think they would’ve felt that it was a project they wanted to try. I was looking forward to seeing who would end up as the lead and I thought that the director’s decision [to cast Suzy] was excellent. Since Suzy also broke out of her frame and showcased a new image, I figure that [her acting] was captured in an even more thrilling way.”

Lastly, Jung Eun Chae commented, “Through this project, I was able to face [a version of] myself that was more free and comfortable on set. I think this will remain as a project that made me deeply enjoy set. If the set atmosphere of every project I do from now on is like this, I want to show a challenging transformation as an actress.”

Earlier this month, Coupang Play confirmed that they would release an extended version of “Anna” after initially shortening the eight episodes to six.