Summer Vibes: 6 K-Dramas That Are Set On Jeju Island

With the season of summer in full bloom, there is nothing like getting away vicariously through the world of K-dramas. Jeju Island is one of the pride and joys for Koreans, considering the beautiful scenic views, delicious Jeju oranges, and deep-rooted culture. There are an endless number of K-dramas that have a few scenes set in Jeju, but very few that are almost completely set in it. Here are a few that have a good majority of the series set in the beautiful Jeju backdrop!

“Our Blues” is a series that stars some very well-known names including Han Ji Min, Kim Woo Bin, Lee Byung Hun, Shin Min Ah, Cha Seung Won, Lee Jung Eun, Kim Hye Ja, and many others. It is set in the beautiful Jeju Island, and it shows the various real-life problems and issues that their characters go through. 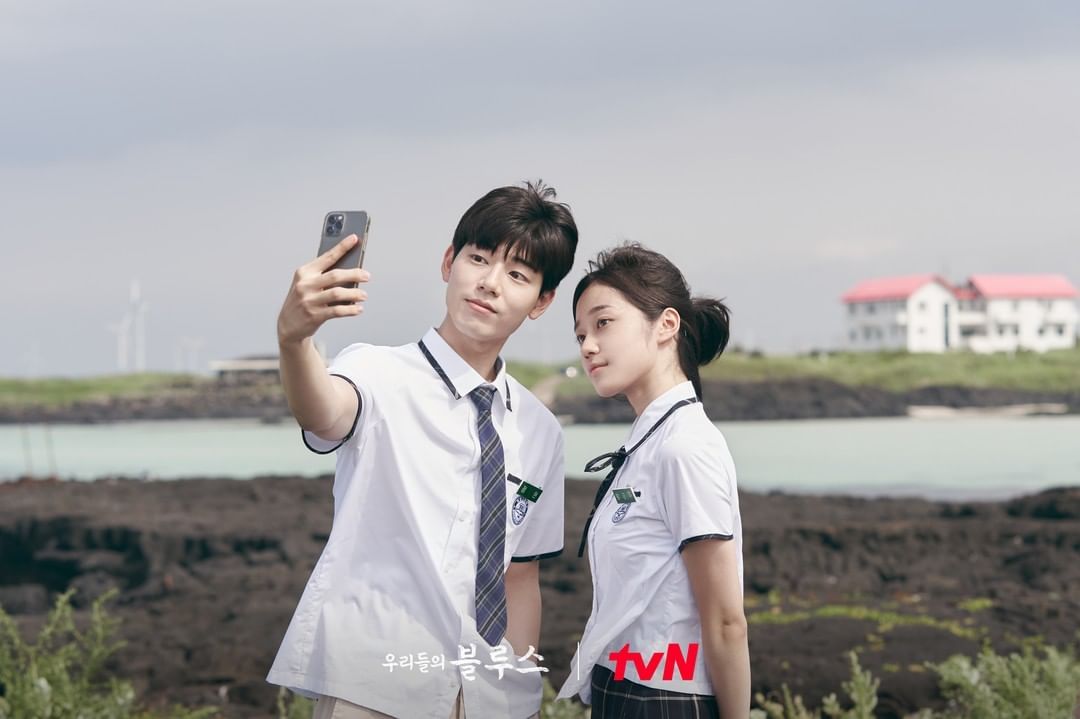 “Our Blues” is almost fully filmed on the scenic island of Jeju. There were quite a bit of scenes filmed at the Goseong 5 Day Market, which is where most of the characters sell seafood, ice, fresh produce, or sundaeguk (Korean blood sausage soup). 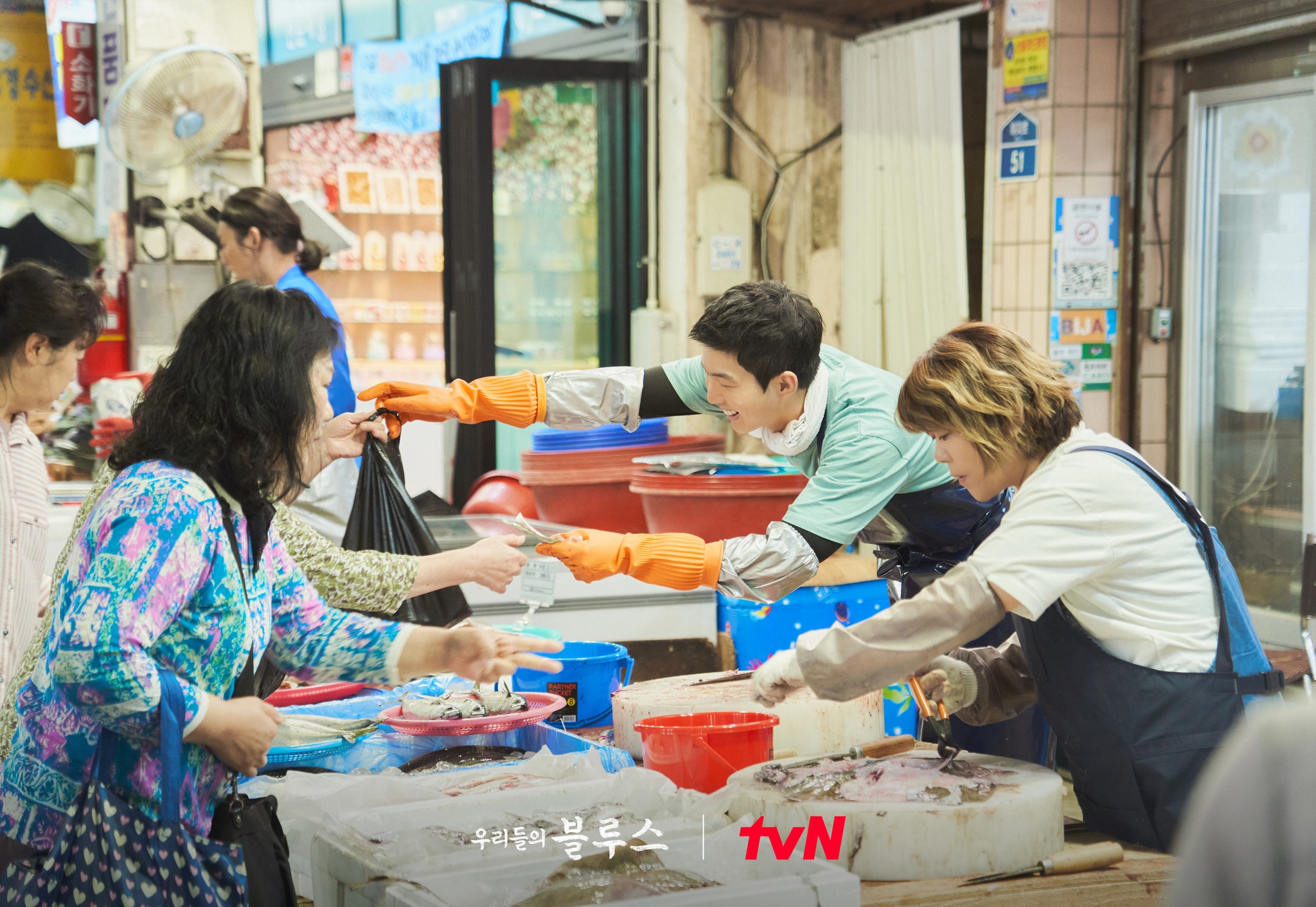 The beachside scenes were also filmed in various parts of Jeju Island that are beautifully captured on screen with the sandy shore and crystal blue waters. Also notably, the latter episodes where Lee Byung Hun’s character and his mother are hiking were filmed at Mount Halla, also known as Hallasan. The beautiful shield volcano provided the perfect final trip for the mother and son.

Lee Jung Joo (Kang So Ra) and Baek Geon Woo (Yoo Yeon Seok) are two people who have gone through a lot of difficult times. They meet each other while on Jeju Island, and they open up to each other but are reluctant to really let the other person in as a result of their past relationship experiences. 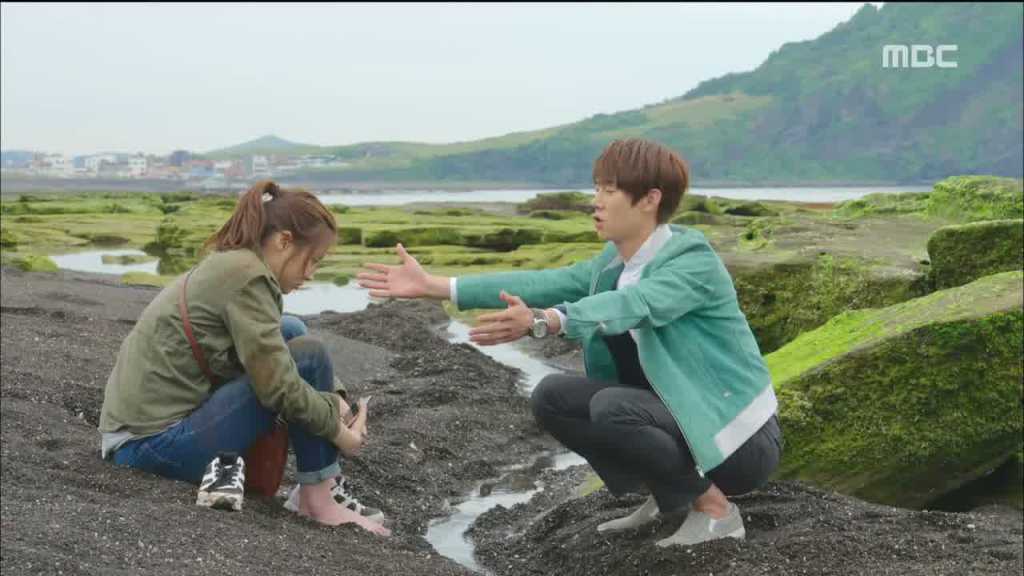 This series is perfect in the sense that the backdrop of Jeju Island is beautiful to see. All the greenery and landscape is healing in itself, but you also have the added healing element courtesy of the two main leads. The story is very relatable in that the characters have become jaded with life, but are trying to get back on track. The warmth that the setting provides as well as the slow-burn romance is the perfect addition for the summer time! 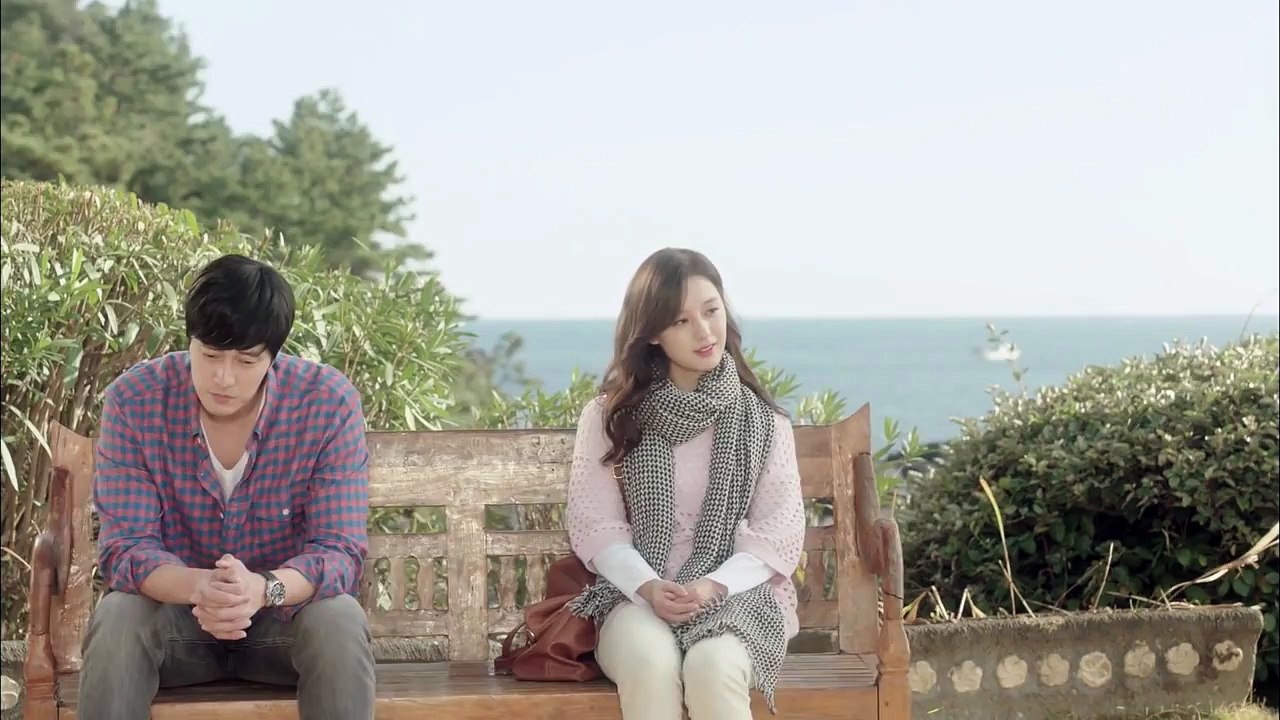 “One Sunny Day” is a healing web drama that follows a guy named Kim Ji Ho (So Ji Sub) and a girl named Kim Ji Ho (Kim Ji Won) as they spend a week on Jeju Island. Both are sent there for work, but So Ji Sub’s character is in the process of getting over a broken heart. As he spends the week in the same guesthouse as Ji Ho, he finds that he is drawn to her cheerful personality. He must sort out his feelings and find out if he is able to love again despite his painful past.

This emotionally beautiful series takes place on Jeju Island as Kim Ji Ho (So Ji Sub) and Kim Ji Ho (Kim Ji Won) fall in love. There is nothing more romantic than seeing the contrast in scenery with the bright green plants and grass as well as the light blue heavenly skies. It is a series that really delves into the emotions of each of the characters, making you sympathize and understand what they are going through. Their story really makes you believe in fate and the ability to find your soulmate when you least expect it. 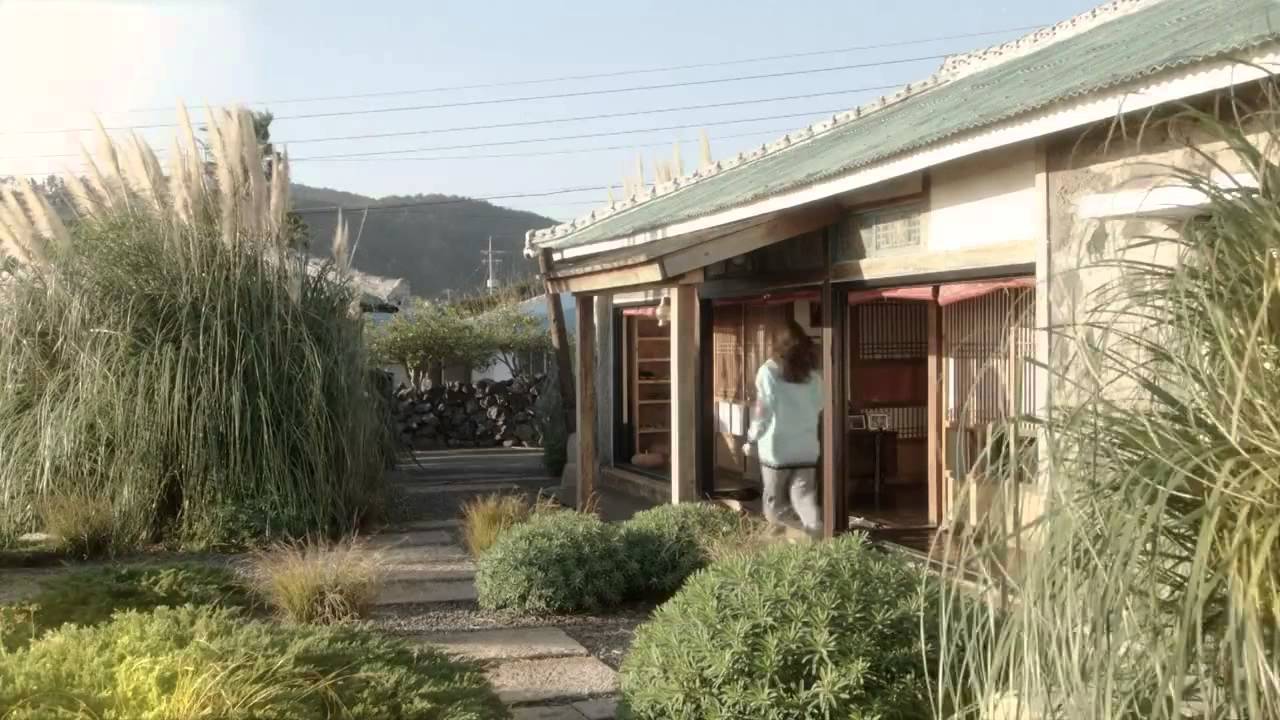 One of the most memorable parts about “Legend of the Blue Sea,” besides the beautiful OTP, are all the picturesque scenery that the story takes place in. One of the more popular scenes in the series took place in Maze Land when Jun Jae and Shim Chung were trying to escape. It is a popular theme park and tourist attraction as it is the world’s longest stone maze. It provided the perfect getaway and romantic adventure between the two main leads. 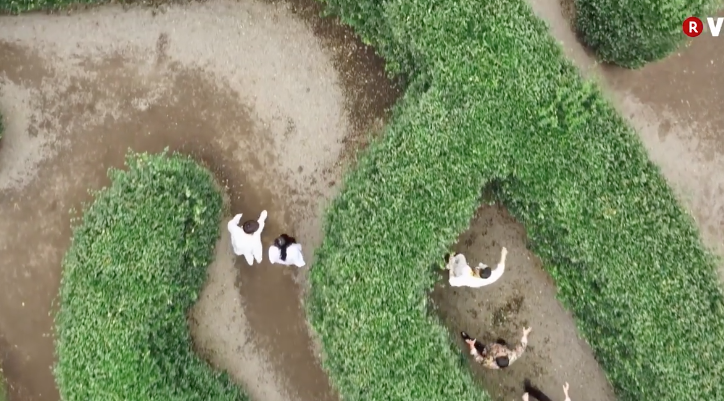 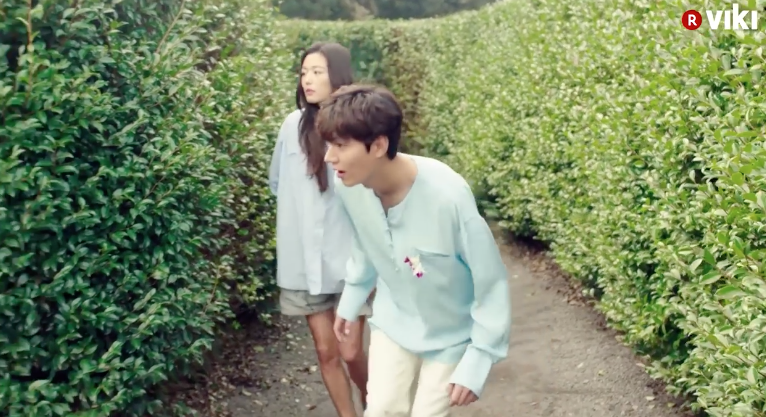 “My Lovely Sam Soon” stars Hyun Bin as a restaurant owner named Hyun Jin Hyeon and Kim Sun Ah as Kim Sam Soon. Kim Sam Soon is a 30-year-old woman whose boyfriend cheats on her — amongst other unfortunate events. She ends up getting a job at the restaurant Jin Hyeon owns, and the two form a hate relationship. But when they pretend to be boyfriend and girlfriend for the sake of Jin Hyeon, the two discover that they have a lot more in common than they thought.

One of the most popular tourist locations on Jeju Island is none other than Mount Hallasan. Several of the titles mentioned in this list also have scenes that take place with the scenic views of the popular mountain. In “My Name Is Kim Sam Soon,” you have the scene of Sam Soon climbing up the mountain in the rain on her 30th birthday. It is windy and a bit difficult for her to get to the top, but she is finally able to get there. She yells out her thoughts at the top of the mountain, to which Jin Hyeon unexpectedly replies to her, making this trek one of the most romantic ever.

“Summer Guys” tells the story about three young men and a women who work together at a cocktail bar on the beach. The series stars Kang Mina as Oh Jun Dal, who is determined to make sure the bar is a happening place for the summer, but is disappointed when her bar catches on fire. Lee Jung Shin, Lee Jung Sic, and Viini play the three bartenders who help Jun Dal get her business back into shape in time for summer.

As this series is set right by the beach, you can expect a lot of beautiful and glistening ocean waters. With the close-ups of the refreshing cocktail drinks and upbeat summer OST in the background, this series is the perfect addition to your summer K-drama watch list. You also have the addition of a cute blossoming summer romance that will surely ignite the butterflies and feels!

Hey Soompiers, are there any other K-dramas set mostly in Jeju Island to add to the list? Let me know in the comments below!

Currently watching: “Yumi’s Cells 2,” “Extraordinary Attorney Woo,” and “Why Her?”
All-time favorite dramas: “Secret Garden” and “Star In My Heart.”
Looking forward to: Won Bin‘s return to the small screen.

Soompi Spotlight
Warm and Cozy
My Name Is Kim Sam Soon
The Legend of the Blue Sea
One Sunny Day
Summer Guys
Our Blues
How does this article make you feel?