“Insider” has previewed an intense match-up as the characters start unveiling their true colors!

JTBC’s “Insider” is an action suspense drama about a judicial trainee whose life falls apart in the blink of an eye while going undercover to investigate a corrupt prosecutor. While in prison, he begins to plot revenge for the betrayal he’s experienced.

New stills from the upcoming episode capture the special operation carried out by Kim Yo Han (Kang Ha Neul and Oh Soo Yeon (Lee Yoo Young) that throws Goldman Casino into chaos. As they aim perfectly at the “villain brothers” Yang Joon (Heo Dong Won) and Yang Hwa (Jung Man Sik), viewers are left wondering whether the pair will be able to successfully complete their mission.

In the last episode, Kim Yo Han became possessed and started behaving according to the commands of Do Won Bong (Moon Sung Geun). Do Won Bong’s plan was to secure as many shares of The Skin Nation before it went public on the stock market and then swallowing the Goldman Casino. Just as Do Won Bong desired, Kim Yo Han started a game against shareholders and was able to win without a fuss, collecting more than half the shares.

On the day The Skin Nation went public, Kim Yo Han was invited to an exclusive game at the Goldman Casino’s VIP room where he won once again, infuriating Yang Joon. Given the opportunity, Kim Yo Han attempted a trick, but his antics appeared to be caught by Yang Joon, making Kim Yo Han freeze up.

In the new stills, Kim Yo Han is able to recover his calm, polite, and expressionless face. However, that only lasts a moment as Yang Joon quickly overpowers the dealer and shouts out his angry intent towards Kim Yo Han. 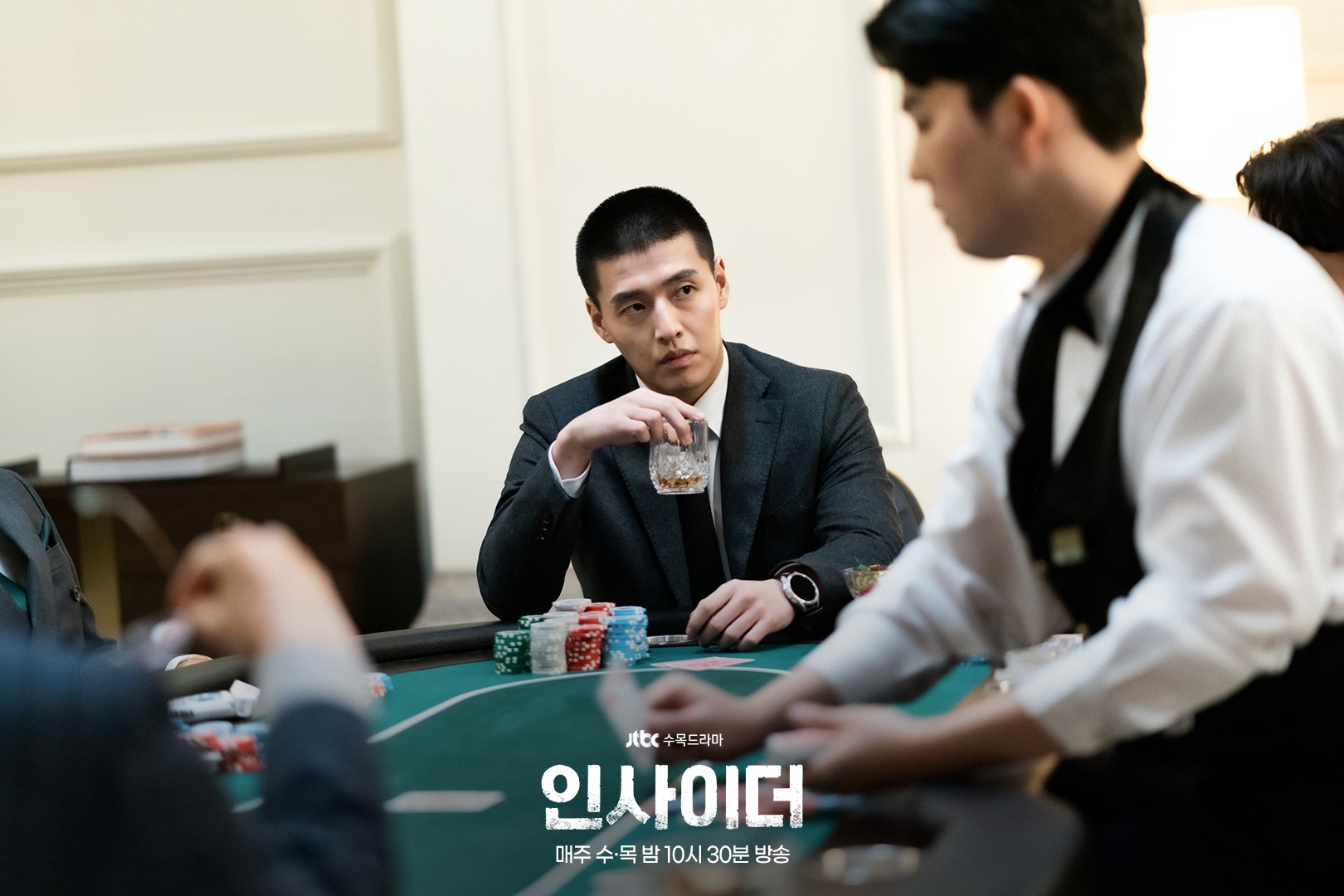 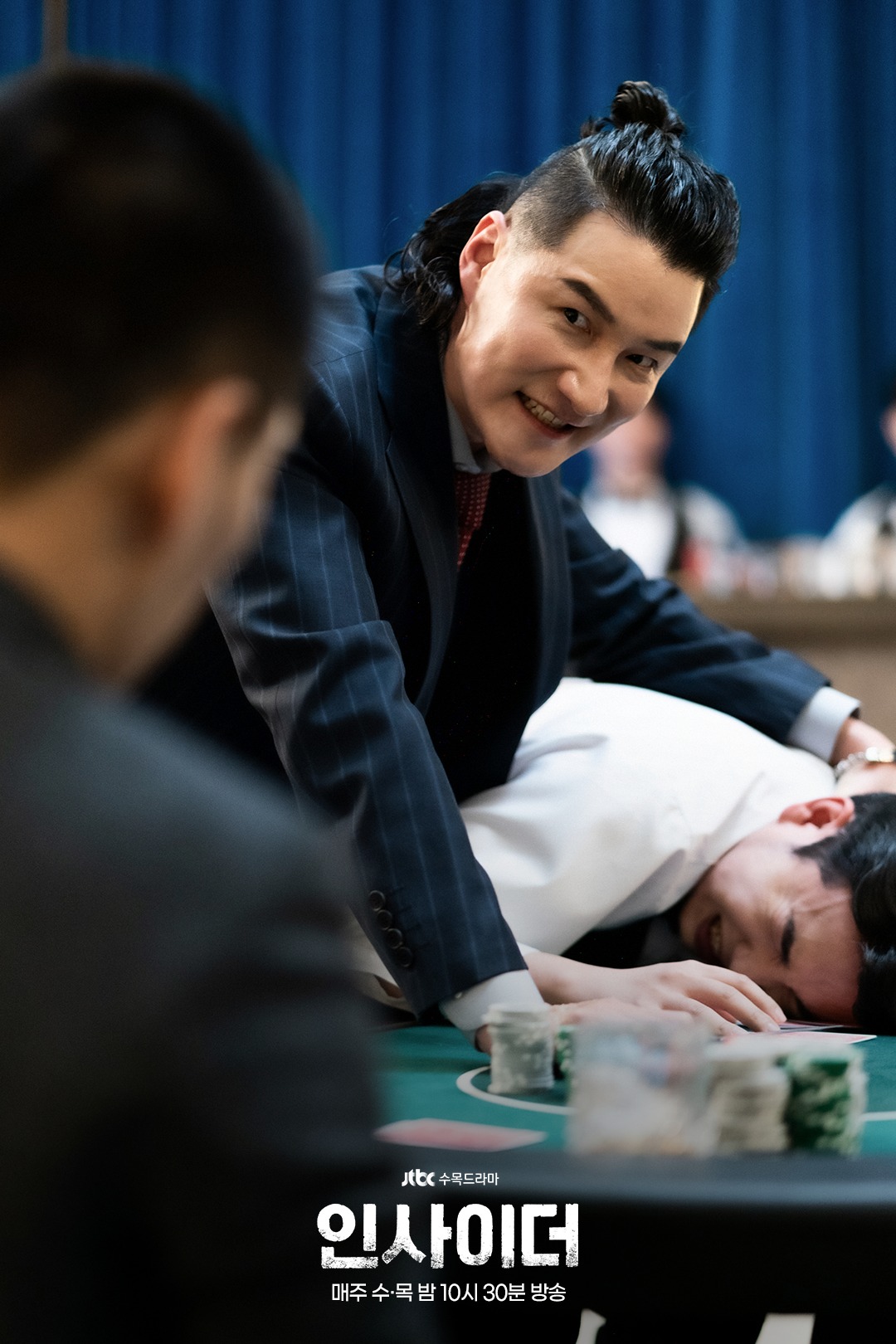 Although the situation appears dangerous, the one with the real upper hand in this case is Oh Soo Yeon. She throws aside her image as a professional businesswoman as she transforms into a cold sniper and points her gun at Yang Joon. Viewers can look forward to seeing whether this gun will be an empty threat, or whether it will signal the start of a war. 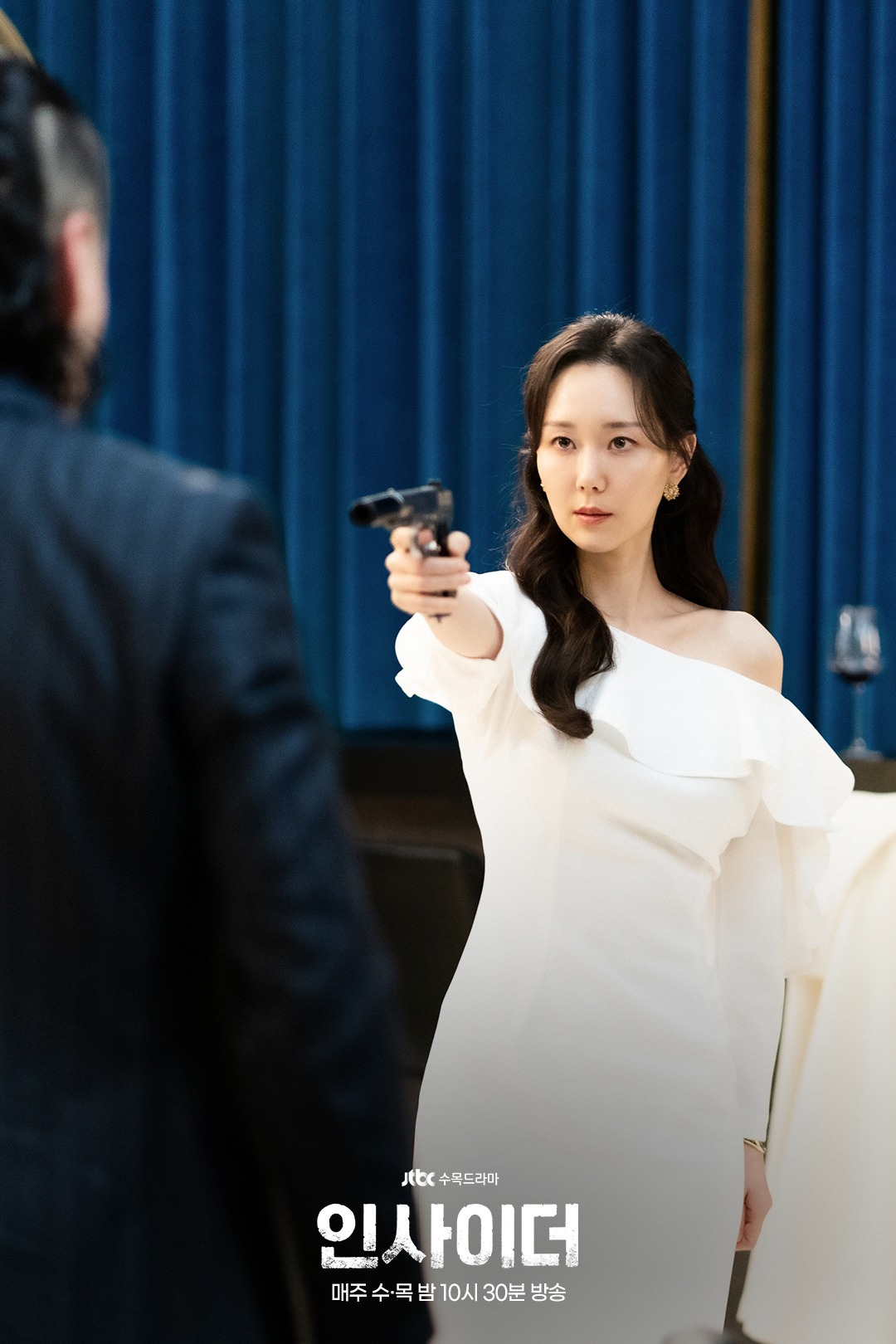 Later, Oh Soo Yeon is dressed up as a bartender while Kim Yo Han takes off his suit and disguises himself as a security guard. When Yang Hwa recognizes Kim Yo Han, the villain gives a big smile. With the two alone in a private space, stay tuned to see what kind of unpredictable happenings will occur! 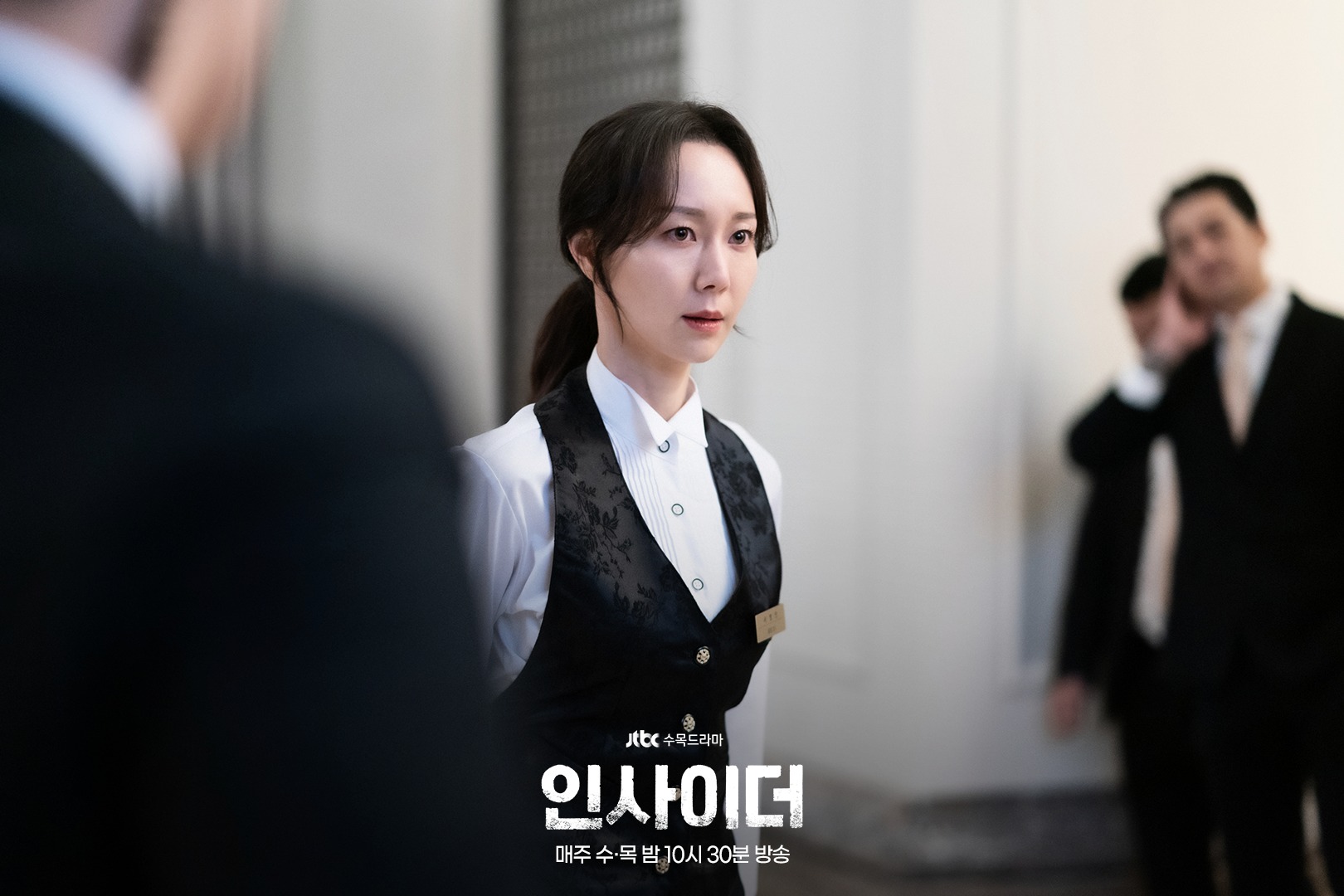 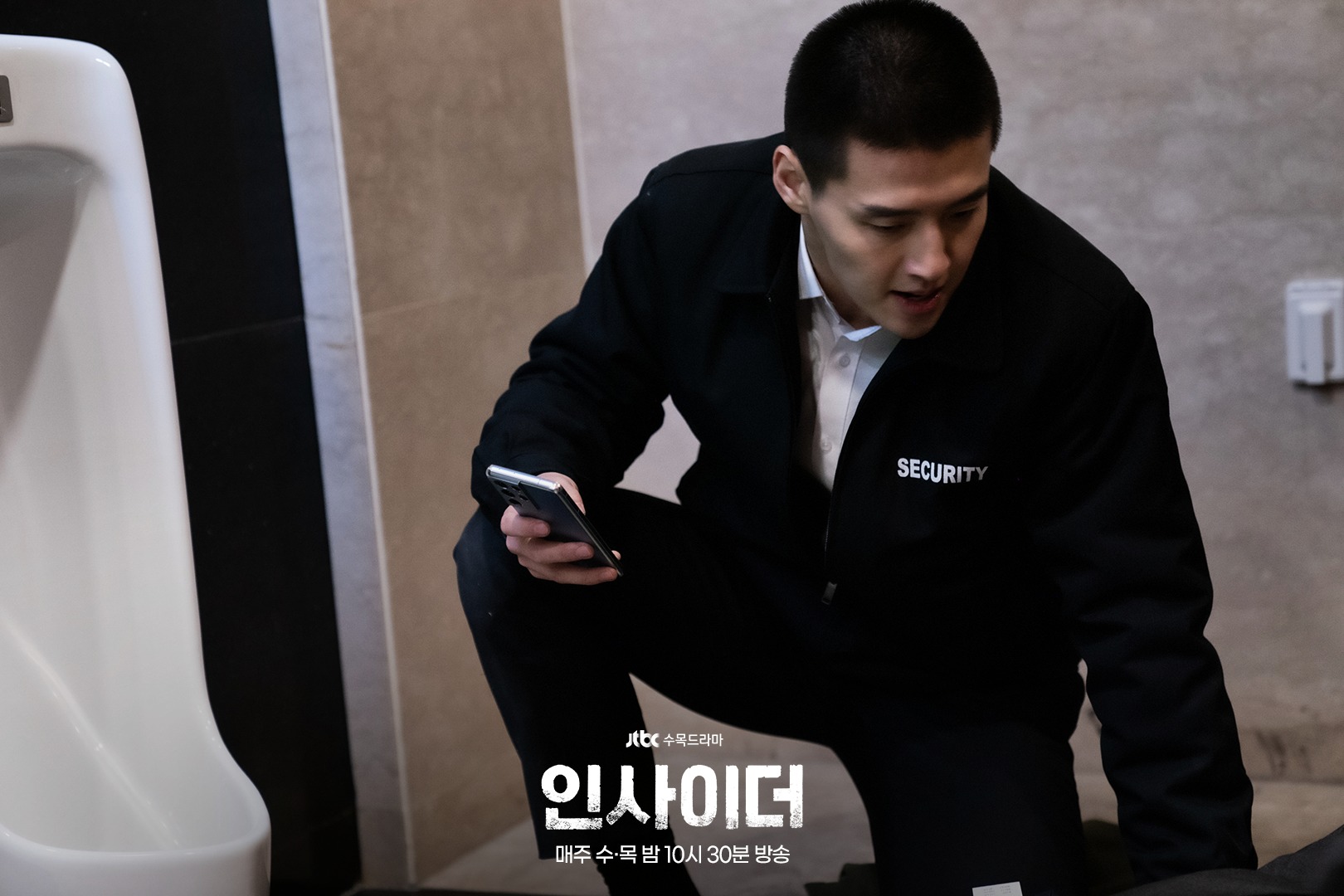 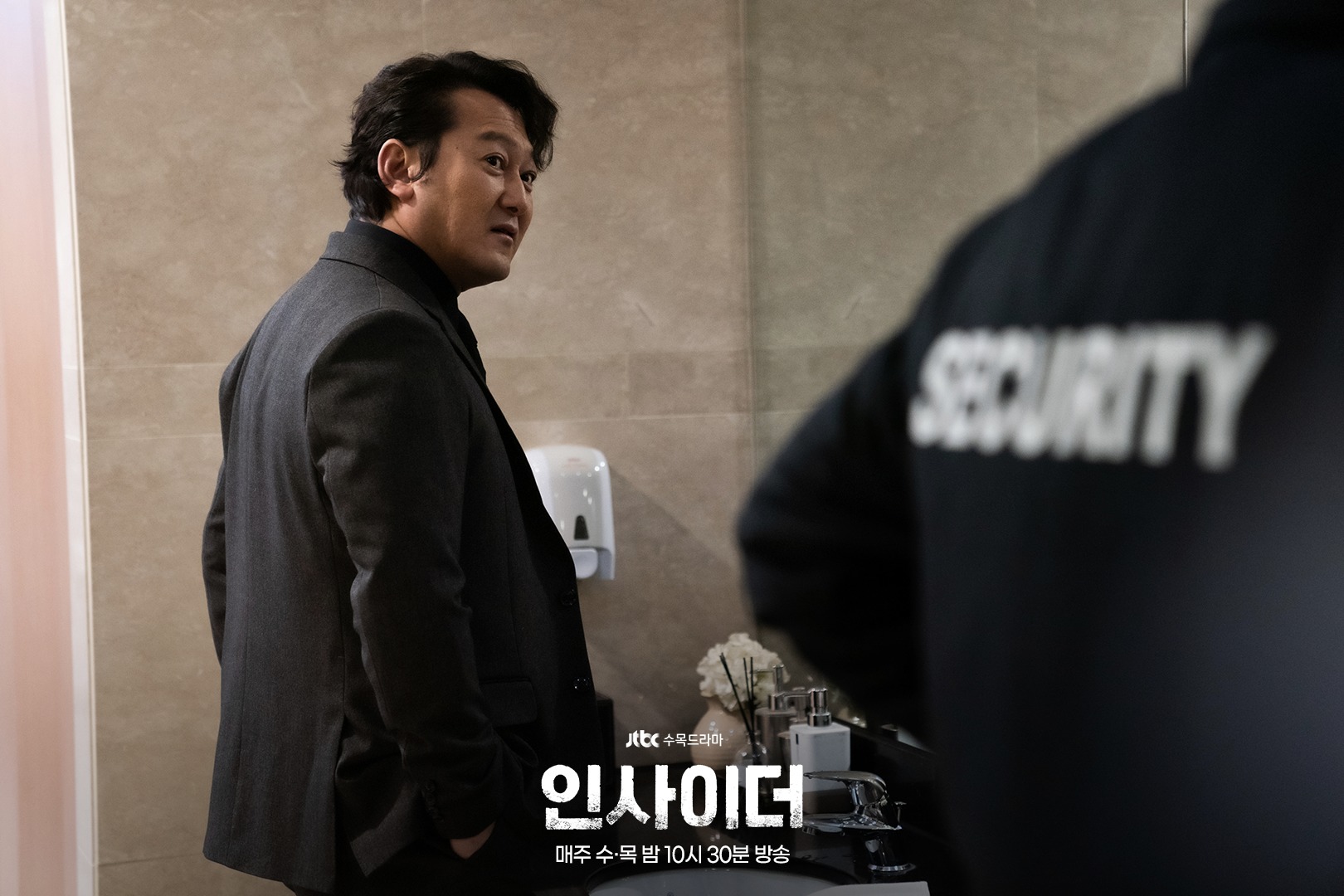 The “Insider” producers commented, “As the revenge war speeds up, Kim Yo Han and Oh Soo Yeon’s teamwork is also strengthened. It will be especially good if you look forward to Oh Soo Yeon’s passionate acting as she showcases a new image through her tenacious will for revenge.”