Kim Go Eun will find herself in a couple of awkward encounters in “Yumi’s Cells 2”!

Based on the popular webtoon of the same name, “Yumi’s Cells” tells the story of an ordinary office worker named Yumi – from the point of view of the many brain cells in her head controlling her every thought, feeling, and action. Kim Go Eun plays the titular role of Yumi, an ordinary woman who struggles with expressing her feelings, while GOT7’s Jinyoung stars as her charming co-worker-turned-boyfriend Yoo Babi.

On July 13, a special poster was revealed to hint at the upcoming direction Yumi’s life will take.

Previously, Yumi underwent a heart-wrenching breakup with Yoo Babi in order to chase after true happiness. The heartwarming moment in which she comforted the furious love cell also touched the hearts of many.

In the newly released poster, Yumi can be seen focusing fully on her path as a writer after becoming single. The caption reads, “I just… want to live happily, that’s all.”

However, not only does she run into her ex-boyfriend Goo Woong (Ahn Bo Hyun), who is now a successful game developer, but she also runs into Yoo Babi, who has returned from Jeju Island and now works at the Seoul branch again. Yumi’s responses to meeting her two ex-boyfriends are vastly different. While she’s obviously comfortable around Goo Woong, she seems rigid in front of Yoo Babi. 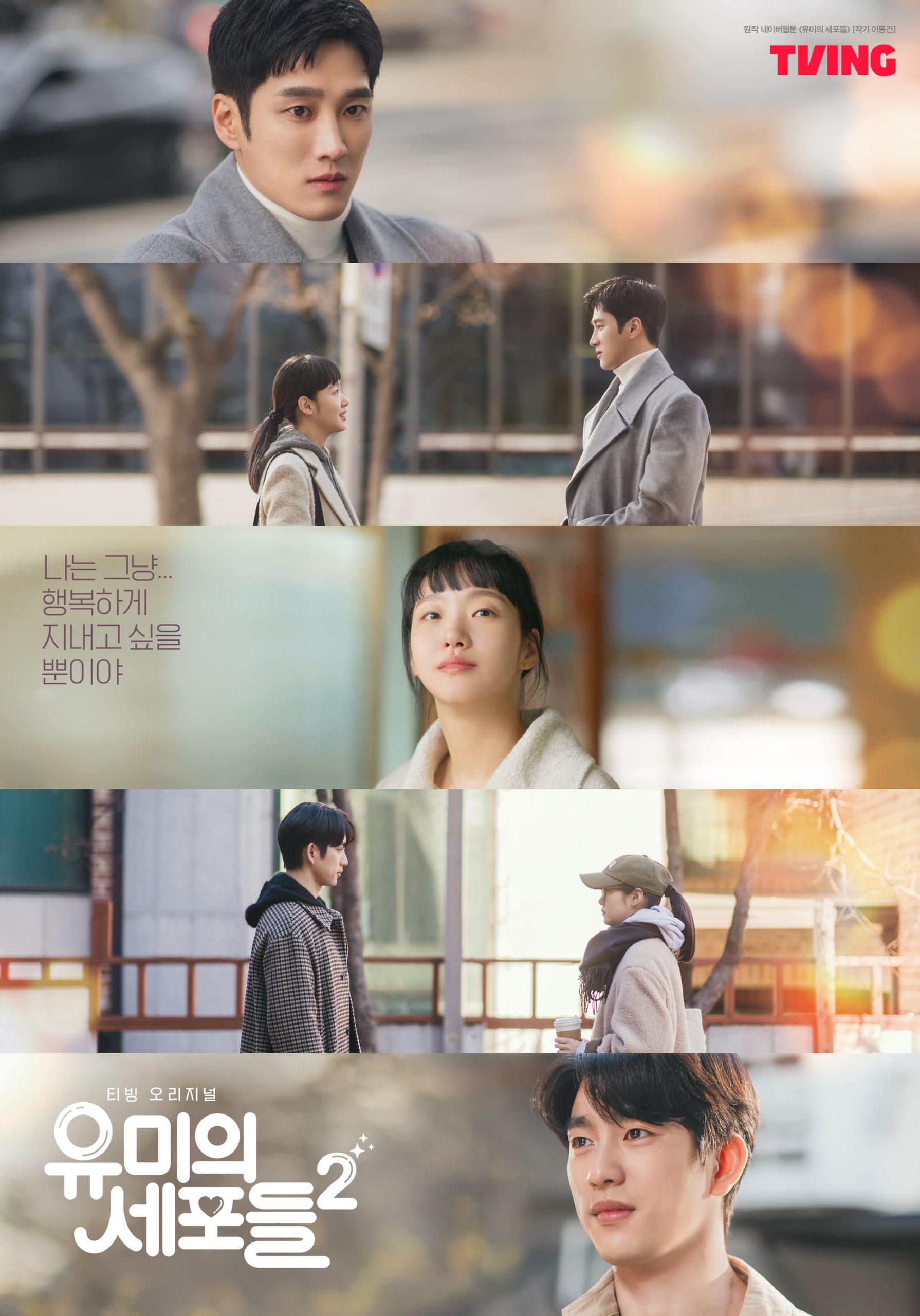 In this week’s episodes, Yumi will encounter Yoo Babi for the first time following their breakup, stirring Yumi’s village of cells into a frenzy. On the other hand, Goo Woong begins to cautiously express his lingering feelings for Yumi.