It seems as though this season of “Yumi’s Cells” is bringing all the pain and heartbreak. Yet again, viewers are faced with several heartbreaking situations that are brought into the world of Yumi and her cells. Here are five times our hearts broke in episodes 11 and 12.

Warning: Spoilers for episodes 11-12 ahead!

1. Seeing how much pain Babi has gone through 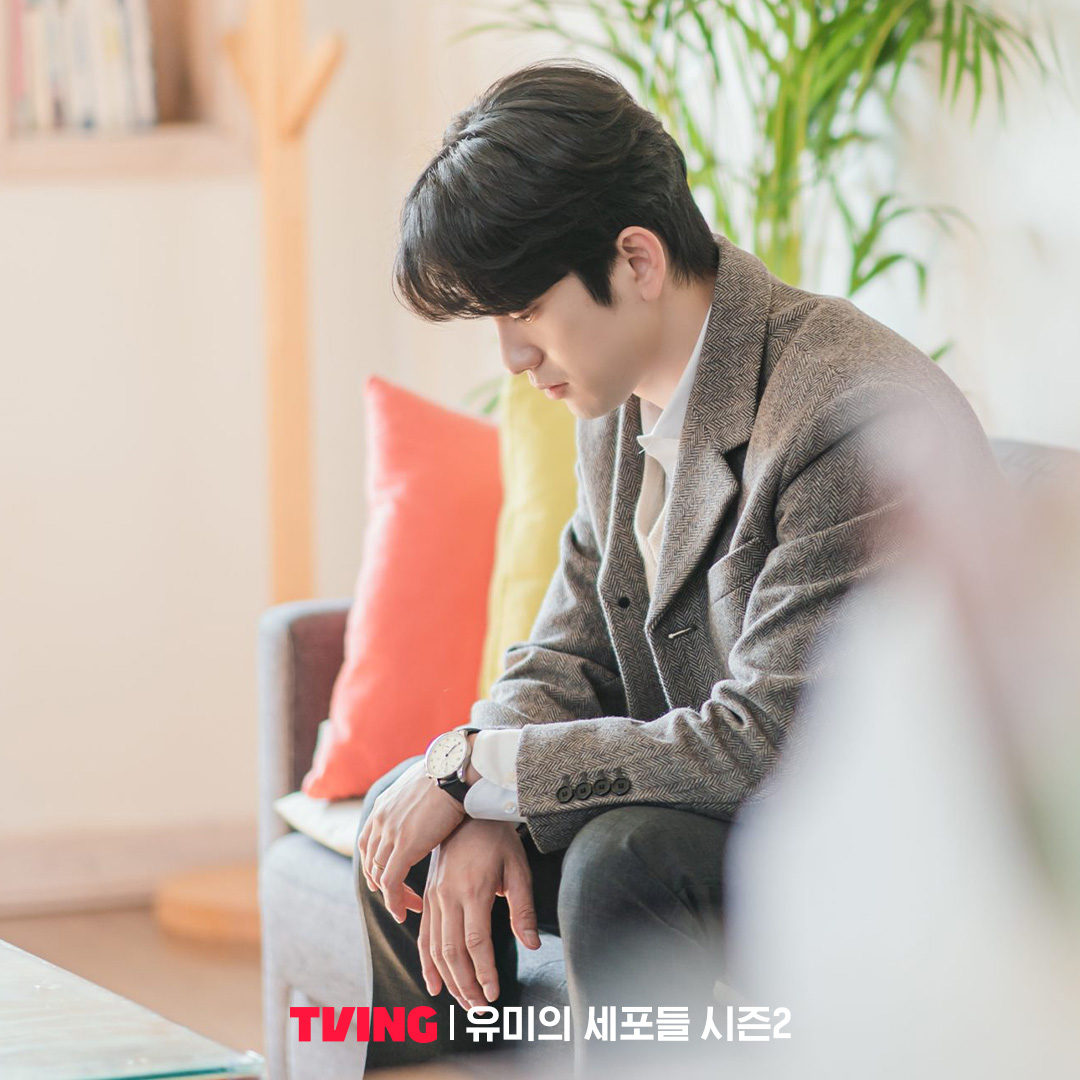 A couple of months after Yumi and Babi break up, Babi is given the choice to move back to Seoul from Jeju Island. He decides that he no longer wants to stay in Jeju as it is too painful for him. When he returns to Seoul, he bumps into Yumi at the local coffee shop, and there is a flashback to right after Yumi and Babi break up, and we are able to see just how difficult it was for Babi after the breakup.

Although Yumi is the one to break up with Babi and the story is told in Yumi’s perspective, you really start to sympathize with Babi here. We see how much pain he has gone through, and it’s really heartbreaking to see how down he has been. In particular, he says that he’s sick of everything, not really caring about much. He begins to regret everything he did and despises the beautiful views of Jeju Island.

2. Yumi breaking down after seeing Babi

At the coffee shop, Yumi keeps her distance from Babi, and she makes it a point to quickly say goodbye and leave. As she leaves the coffee shop, Babi calls after her and tells her that he missed her a lot. Yumi begins to remember why she broke up with him, so she tells him that she hasn’t missed him. But he responds by telling her that she’s lying and goes on to say that he hopes that she is lying and that she really does miss him.

At this point, Yumi’s cells experience an intense earthquake, implying that Yumi is feeling swayed by Babi’s words. She has a hard time keeping it together, and she ends up breaking down. Babi hugs her, and both of them cry together outside of the coffee shop. You can almost feel the intense amount of emotions flowing through both of the characters as they come face to face after not having seen each other for several months. The emotions are high, and they are clearly still in love with each other, which is so sad to see.

3. Woong getting his heart broken… again

After Yumi and Babi break down seeing each other at the coffee shop, the two decide to give their relationship another shot. This is obviously bad news for Woong (Ahn Bo Hyun) as he has taken it upon himself to try and pursue Yumi again after finding out she had broken up with Babi. Yumi decides that she has to tell Woong about getting back together with Babi, as she can see that he is trying hard to get back into her life. 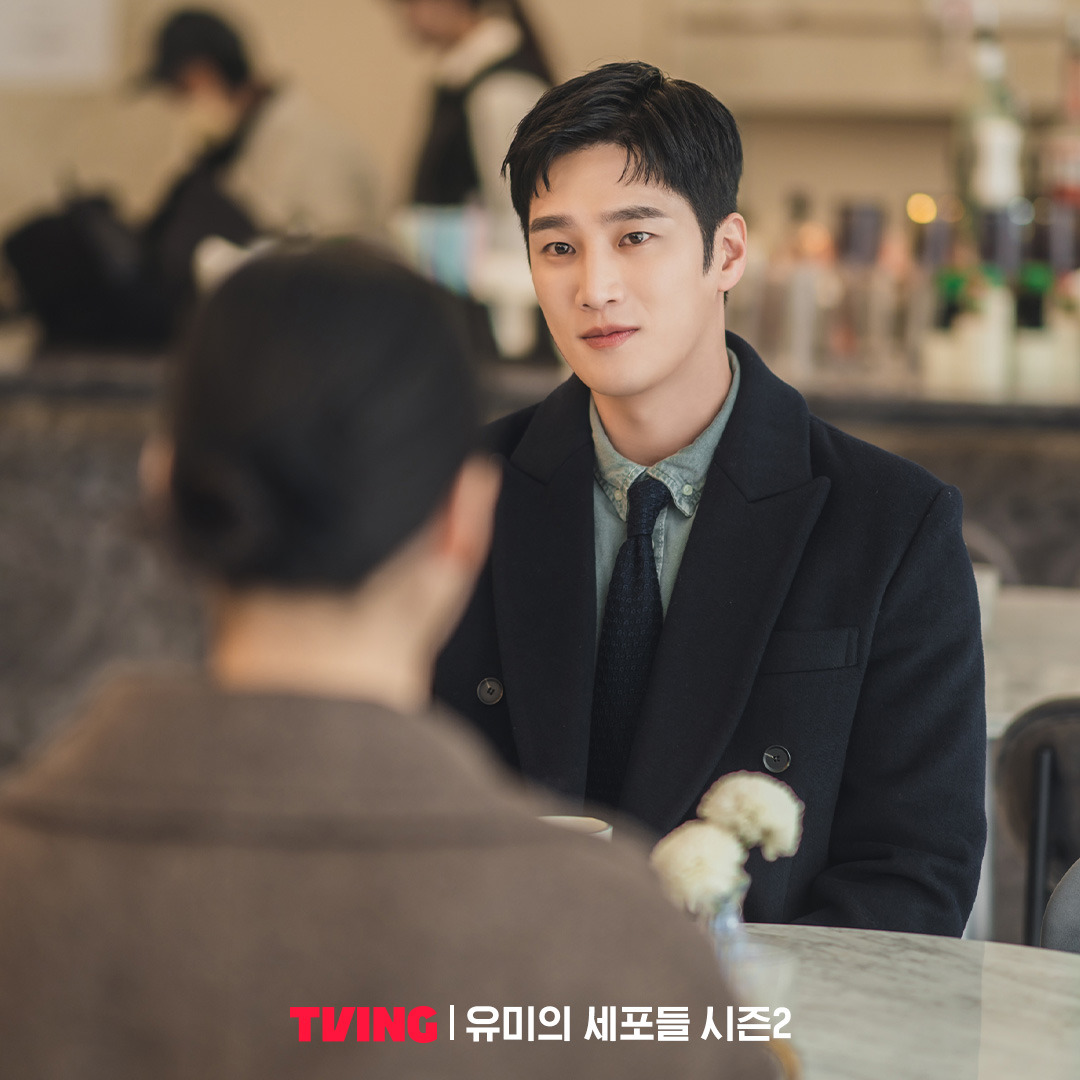 There is only so much Woong can take in terms of having his heart broken by Yumi. Viewers have really come to sympathize with Woong in this season as it is obvious that he really loves her. Although it would be nice for Woong to have his chance, it seems as though Yumi has her heart set on Babi. It is heartbreaking to see him and especially his love cell go through so much pain!

4. Yumi finding out about Babi’s accident

Babi tells Yumi that he has to go on a three-week business trip to the United States. She is a bit upset because it is during his birthday, but she is understanding. In the first week he is there, Yumi finds that it’s difficult to get a hold of him, and he is constantly saying he is busy, unable to do video calls or chat for long. On his birthday, Yumi tries to video call him, but he tells her that he is too busy and declines the call. She goes outside to get some air and fatefully sees Babi inside of a cab at the traffic light. She follows him in another cab to his house where she goes into his house, expecting to get upset at him. But he reveals that he got into a car accident while on his way to the airport and did not have the heart to tell her about it.

Yumi seems to have her insecurities as she and Babi are now back together. She wonders why it’s so awkward around him and why they have to keep walking on eggshells around each other, and Babi having to go away for three weeks makes it worse. The confrontation in his house is so emotionally charged that it had me on the edge of my seat. Seeing how hurt Yumi was at the fact that Babi felt like he had to lie to her was just so painful. It was also sad to see how alone Babi felt in not wanting to be a nuisance to Yumi. The emotions conveyed by both characters are so raw and real that they couldn’t help but bring tears to our eyes!

In the midst of Yumi discovering that Babi had gotten into a car accident, the two share their feelings that they both have been feeling insecure since they got back together. They were both worried that the other had regrets when it came to them dating again, which led to them feeling uncomfortable around each other. The two cry and end up kissing, but in the midst of kissing and emotions soaring high, Babi proposes to Yumi.

For some reason, this proposal did not feel like an event to get excited about. It was heart-wrenching to see Babi propose to Yumi while the two were so emotionally vulnerable. There did not seem to be much rational thinking on both of their parts when this happened, which is probably why it was a bit sad. With the intensity of emotions being high for not only the two leads but also for the viewers, it is hard to say if they will see the proposal through. Here’s hoping that Yumi will find happiness with whoever she ends up with!

If you haven’t started watching Season 2 yet, start here:

Hey Soompiers, how did you feel after watching episodes 11 and 12 of “Yumi’s Cells 2”? Let us know in the comments below!