The cast members are all smiles behind the scenes of tvN’s “Eve”!

The most recent making-of video starts with Seo Ye Ji and Park Byung Eun filming an intense scene. Before they start, they go over the directions with the director who guides Park Byung Eun on how to move in the dark. The director jokingly suggests that he bonk his head on the wall once, and Park Byung Eun is more than willing to take part in the slapstick comedy. Seo Ye Ji bursts into laughter at his playful nature, and he comments, “I like that. I’ll just keep [wandering around] for an hour.”

During rehearsals, Seo Ye Ji pushes Park Byung Eun, causing him to falls on the ground and roll around. He jokes, “I’ve been polishing up my joints for 25 years [for this scene],” making his co-star laugh once more. 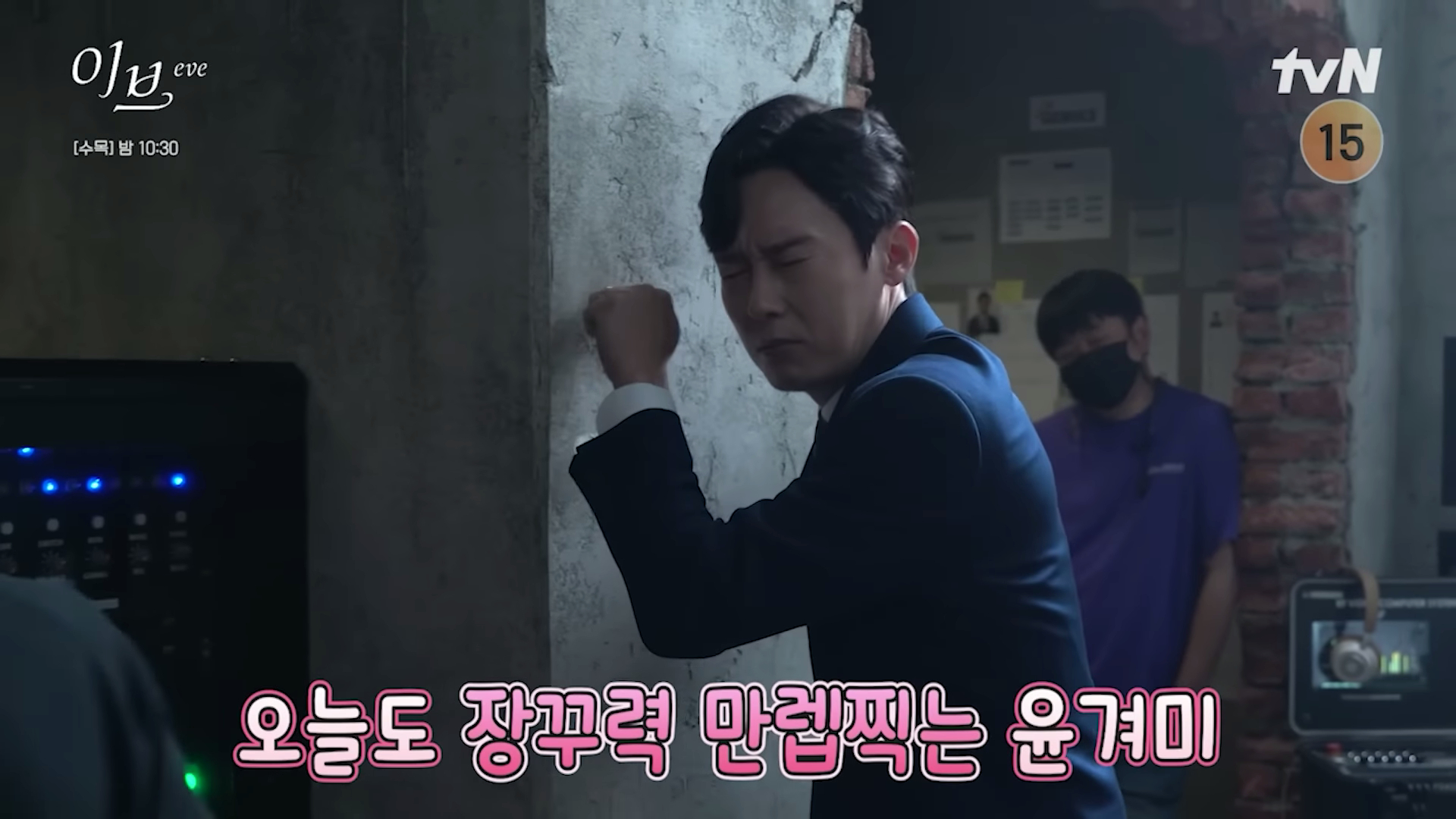 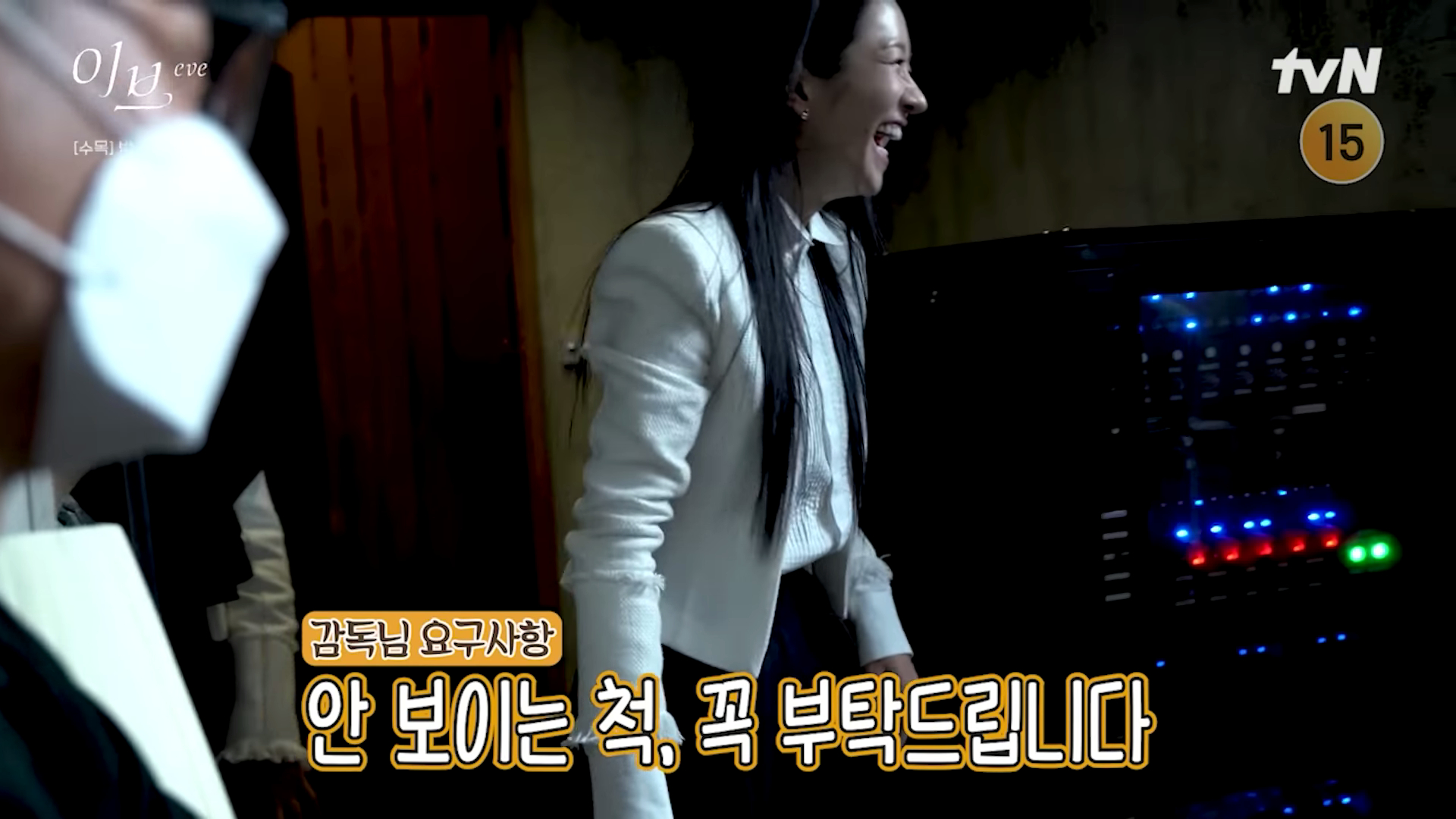 Noh Ha Yeon clearly loves playing with Park Byung Eun as she’s spotted with him during a majority of break. The two even sit next to each other in the same manner that makes them look like they’re really related. Yoo Sun happily takes picture of them, and they make different expressions, including silly ones. Park Byung Eun urges Yoo Sun to join them, and they pose for the perfect family photo. 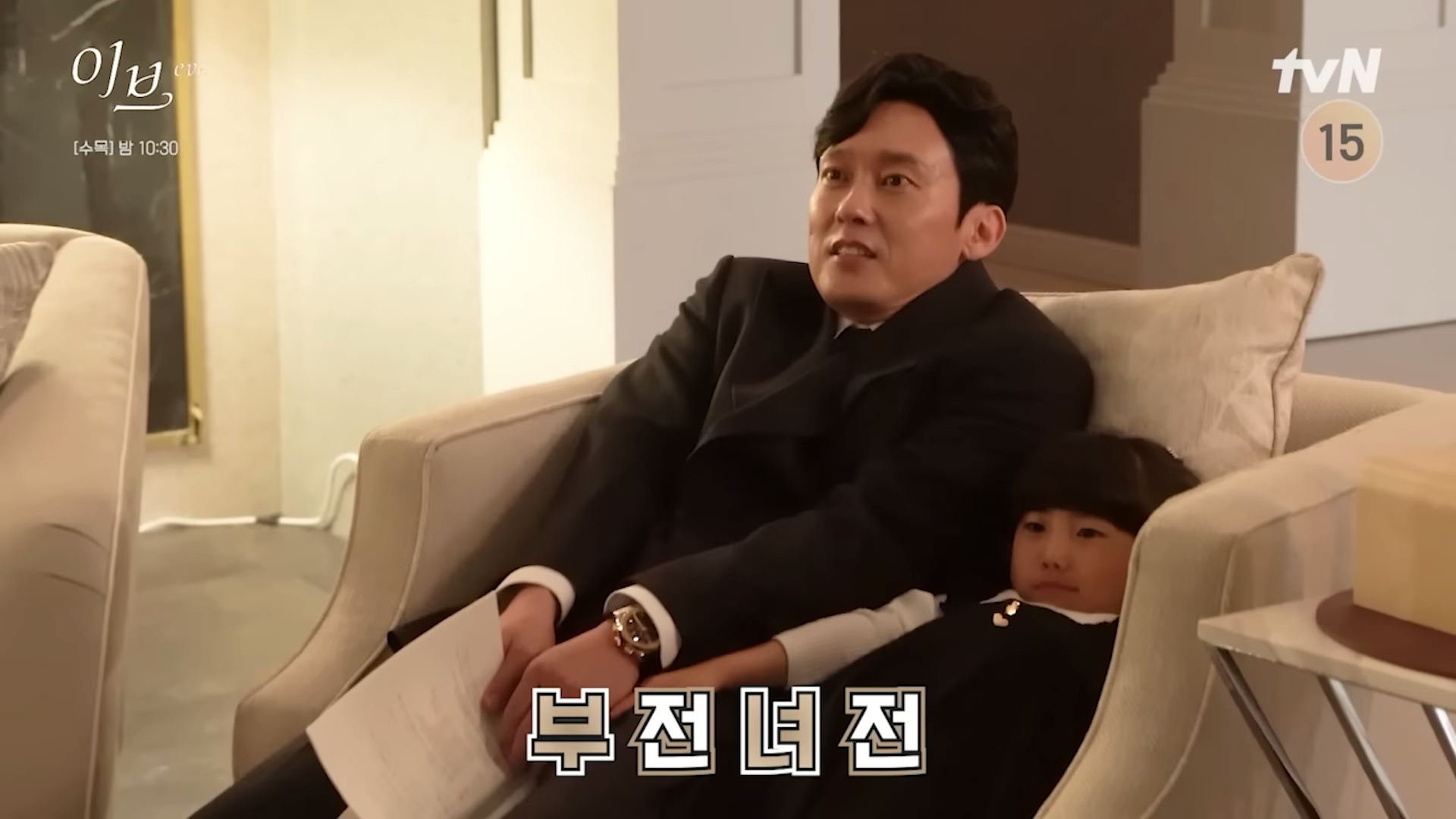 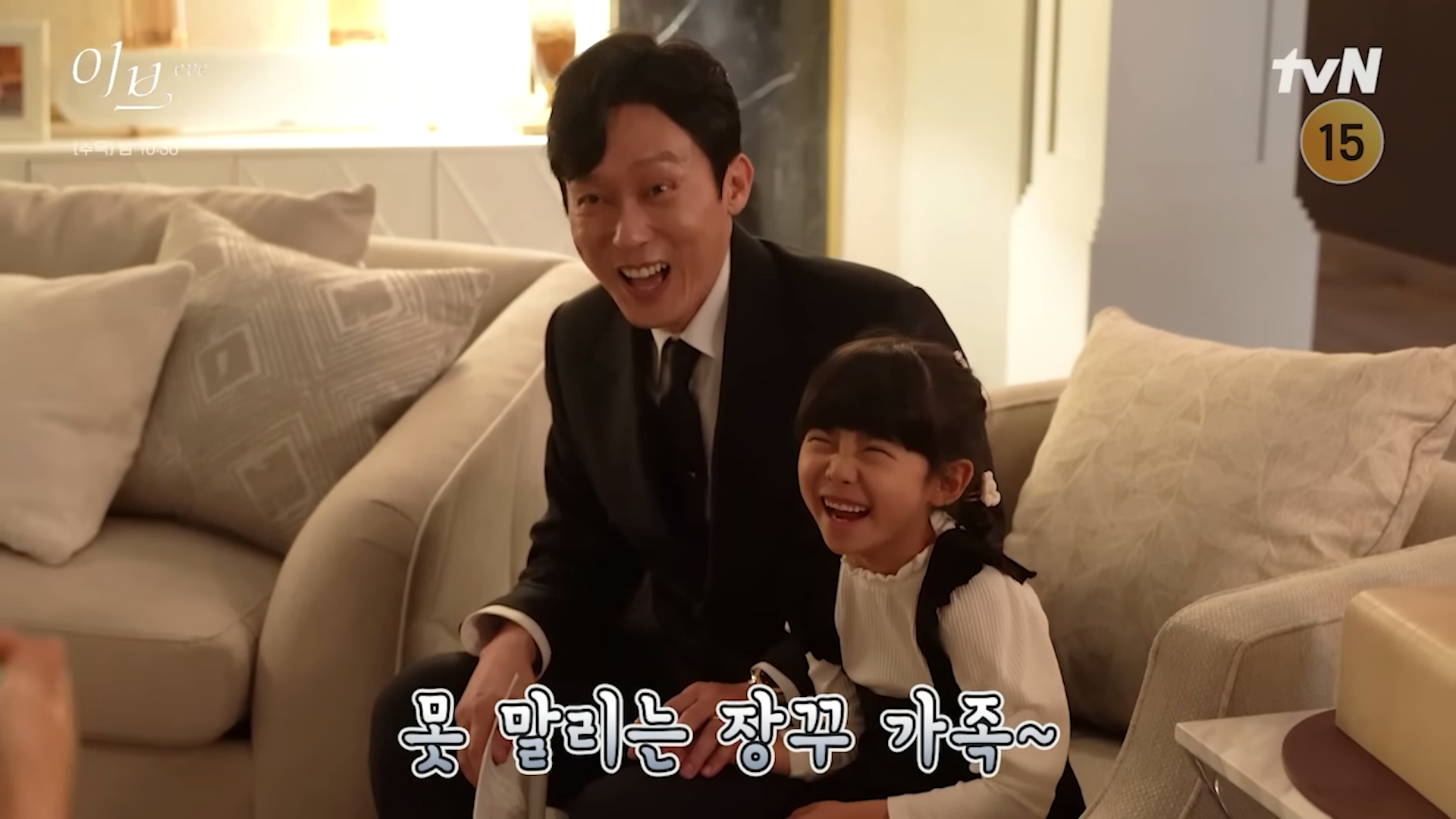 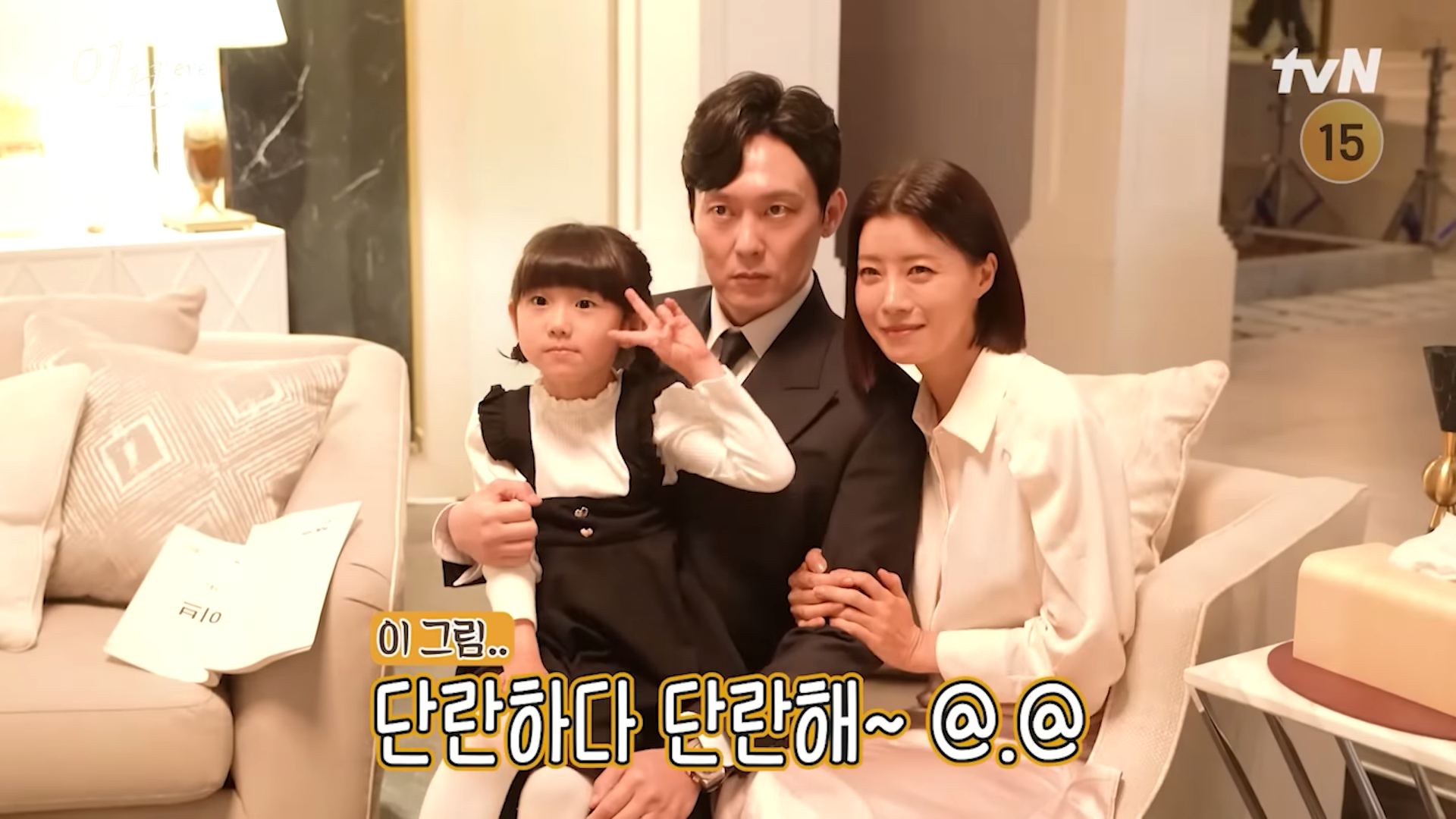