tvN’s “Link” has revealed a behind-the-scenes look at some sweet moments between Yeo Jin Goo and Moon Ga Young!

The drama tells the story of Eun Gye Hoon (Yeo Jin Goo), an executive chef, and Noh Da Hyun (Moon Ga Young), an employee at his restaurant who has been unlucky in both love and life. The two are connected by a special “link” that delivers all of Noh Da Hyun’s emotions directly to Eun Gye Hoon. This means that he goes through all her ups and downs through joy, sorrow, and pain.

As Yeo Jin Goo and Moon Ga Young prepare to film some scenes in the park, Moon Ga Young remarks that it feels weird to be filming something romantic so suddenly. Despite their awkward grins, they film the scene on the bench with utmost professionalism and only break into laughter because the director began laughing. Yeo Jin Goo reverts back to his awkward demeanor as he says, “It’s embarrassing to film a scene like this when the making-of camera is right there.”

When it’s time to film the forehead kiss scene, Yeo Jin Goo jokingly tries to get around it by saying “Let’s go,” but Moon Ga Young calls him out on his avoidance with surprised laughter, apparently taking joy in his embarrassment. But of course, the two actors fall right into their parts when the camera begins rolling, and the way that Yeo Jin Goo kisses Moon Ga Young’s forehead is so natural that viewers would have no idea of how awkward he had been just moments before. 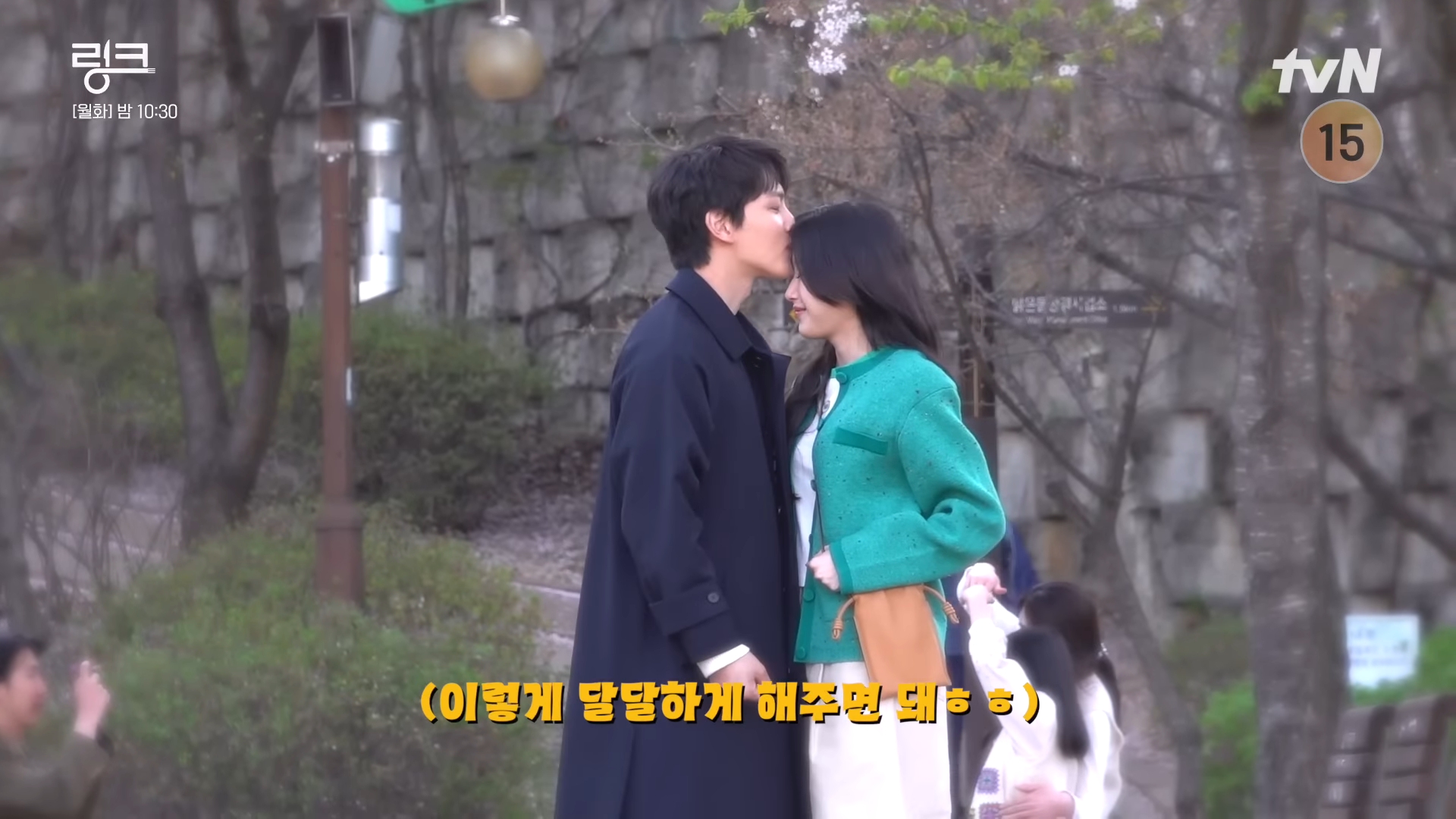 The pair are then joined by Song Duk Ho and Lee Bom Sori at the restaurant, who can’t help but sputter with laughter when the so-called “secret” couple act sweet at the dinner table. Yeo Jin Goo impresses with his culinary knowledge as he introduces the dishes on set, but admits that his favorite food is ribs.

At the supermarket, Moon Ga Young reveals that she is allergic to kiwis, which leads Yeo Jin Goo to ask, “So you can’t eat tomatoes either?” Confused by his question, Moon Ga Young asks for clarification, and he wonders if she can’t eat any fruit that has fuzz on it. When she says it’s only kiwis, he confesses, “My mouth gets ticklish when I eat kiwis, too.” She tells him, “That’s an allergy.”

When night falls, the pair work on the emotional aspects of their argument in the park. Moon Ga Young makes light of what is supposed to be a romantic moment when Yeo Jin Goo touches her neck, saying, “You touch me and my wound is gone. I’m healed!” However, she then coaches him on how to make the moment even more immersive by instructing him to brush her hair back, but he sarcastically responds, “You’re giving me too many orders.”

In the meantime, check out Yeo Jin Goo in “Absolute Boyfriend” below: