Watch: Seohyun Shares Sweet Moments With Na In Woo And Ki Do Hoon Behind The Scenes Of “Jinxed At First”

KBS2’s “Jinxed at First” has shared a new behind-the-scenes look at the drama!

The video begins with a shy Ki Do Hoon as he is complimented by the director on his good looks. When the director asks two actresses playing employees if they aren’t looking him in the eye because he’s handsome, Ki Do Hoon scratches his nose in embarrassment, although he secretly looks pleased.

In another clip, Ki Do Hoon experiences some trouble with the pronunciation of the word “password.” Seohyun comes to his rescue as she helps him practice in between takes by patiently sounding out the word and giving him pointers to say it more smoothly. When Ki Do Hoon asks the director to tell him his next line, Seohyun relays it to him instead, proving that she has his lines memorized in addition to her own. Seohyun cheers him on, saying, “You can do it! You’re doing great.”

Later on, Na In Woo charms the staff on set as he mimics the director, shouting, “Hey! Take down that clock, who told you to put that there?” However, when the director catches him in the act, Na In Woo runs away quickly before he can even say a word, to the delight of the surrounding staff.

In the next clip, Na In Woo’s job is to fall from a ladder into Hong Suk Chun, and it’s hard for everyone to keep from laughing at their excellent comedic take on the scene. Hong Suk Chun jokes, “Is it okay for us to re-take this 10 times?” Na In Woo’s face cracks into an amused chortle at his enthusiasm.

When Na In Woo films together with Seohyun, he carefully drapes a puffy parka around her shoulders to keep her warm. A staff member teases, “You did that on purpose just now since we’re filming it!” Seohyun looks over at him with an expression of mock offense, and Na In Woo rushes to defend himself as he insists, “I didn’t know they were filming right now!” 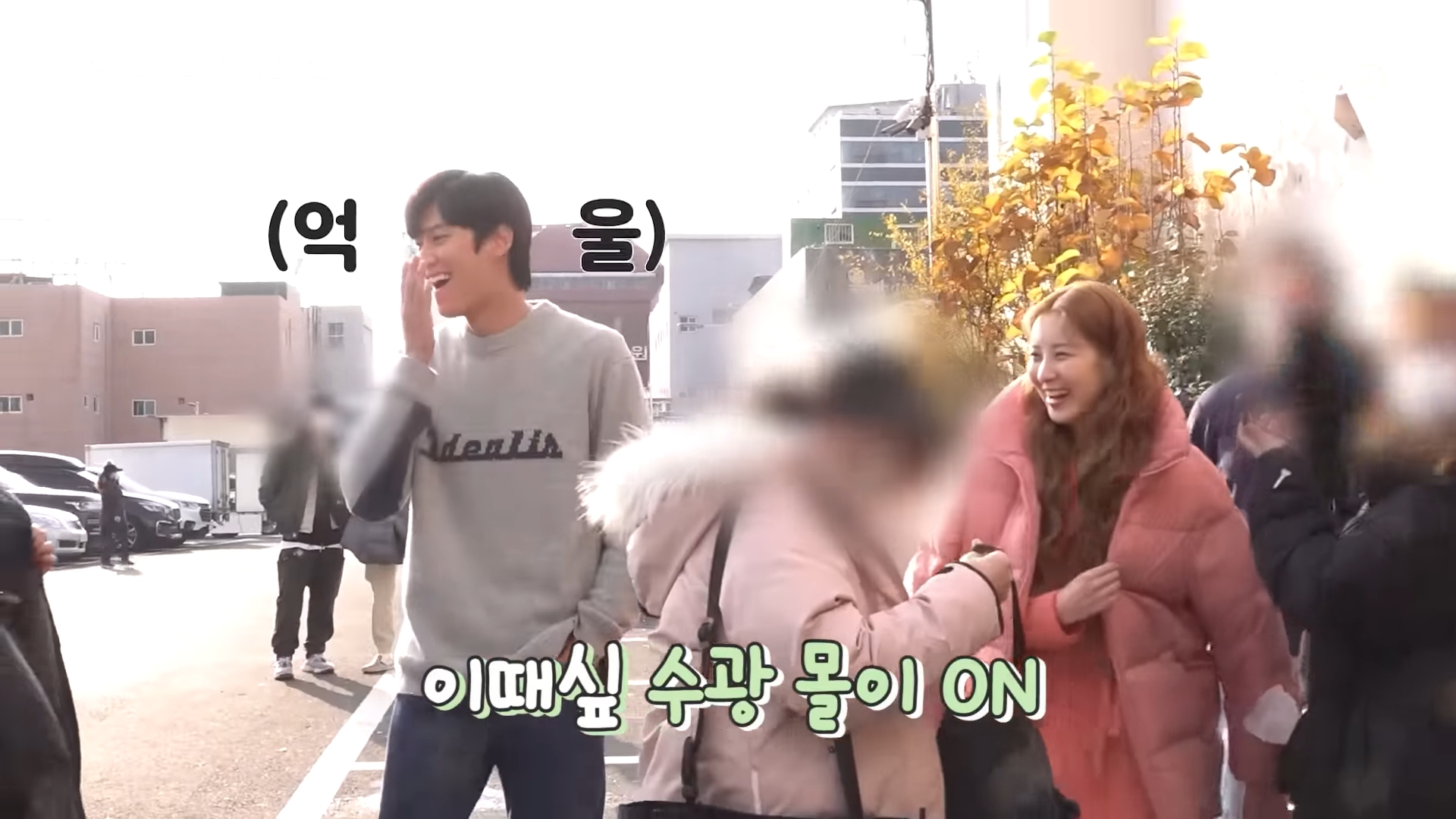 Na In Woo tries again in a different clip to put a parka over Seohyun’s shoulders, to which she responds, “Thanks, you’re working hard!” However, she then spots the camera and points it out, saying, “There it is! As I thought!” Na In Woo then turns away from the camera with a hand over his face as laughter ensues.

Catch up on the latest episodes of the drama with subtitles below:

Girls' Generation
Hong Suk Chun
Seohyun
Ki Do Hoon
Na In Woo
Jinxed at First
How does this article make you feel?