Directed by Choi Dong Hoon, “Alienoid” is an upcoming two-part sci-fi film about the happenings that occur when a mysterious time portal opens and connects Taoists from the Goryeo Dynasty searching for a legendary sword with people in 2022 chasing down an alien prisoner that’s been imprisoned in a human’s body. Kim Tae Ri stars as Lee Ahn, a woman who can shoot thunder.

In a recent interview, Kim Tae Ri shared that the director explained the details of the film’s plot to her by drawing on a whiteboard. She explained, “While listening, I kept imagining different scenarios. For example, Lee Ahn is from the Goryeo Dynasty so why does she have a gun? Also, Moo Reuk (Ryu Jun Yeol) knows nothing about this gun. So when he sees the gun he says, “It smells like soybean oil,” which was a reaction I found really funny. The conversations when people from the Goryeo Dynasty see modern-day items and vice versa were all so interesting. I was won over right then and there.”

Kim Tae Ri had previously shared that she had wanted to work with director Choi Dong Hoon. She said that the first reason was because he had a fixed style, and the second reason was because she liked synopses where the words come alive. She said, “The script in ‘Alienoid’ doesn’t have any lines that were written carelessly, it’s only full of words that were chosen specifically with a sense of purpose.”

When asked to share more about the character of Lee Ahn, Kim Tae Ri revealed, “She’s kind, honest, and independent. And while she’s emotional, she’s a very sensible and smart girl who knows how to control herself. She takes action without thinking of ‘sacrifice’ as an actual sacrifice. She’s a really admirable person who has to do what she thinks is right.”

Kim Tae Ri reflected on the setting of the film. Compared to other historical settings such as the Joseon Dynasty, films set in the Goryeo Dynasty are more rare. She connected the observation to her character’s outfit as she said, “The clothes that Lee Ahn wears aren’t meant to be worn by women. They’re the clothes worn by officers in the Goryeo period, so it’s interesting that Lee Ahn wears them. There’s a sort of personality that exists from her wearing men’s clothing.” 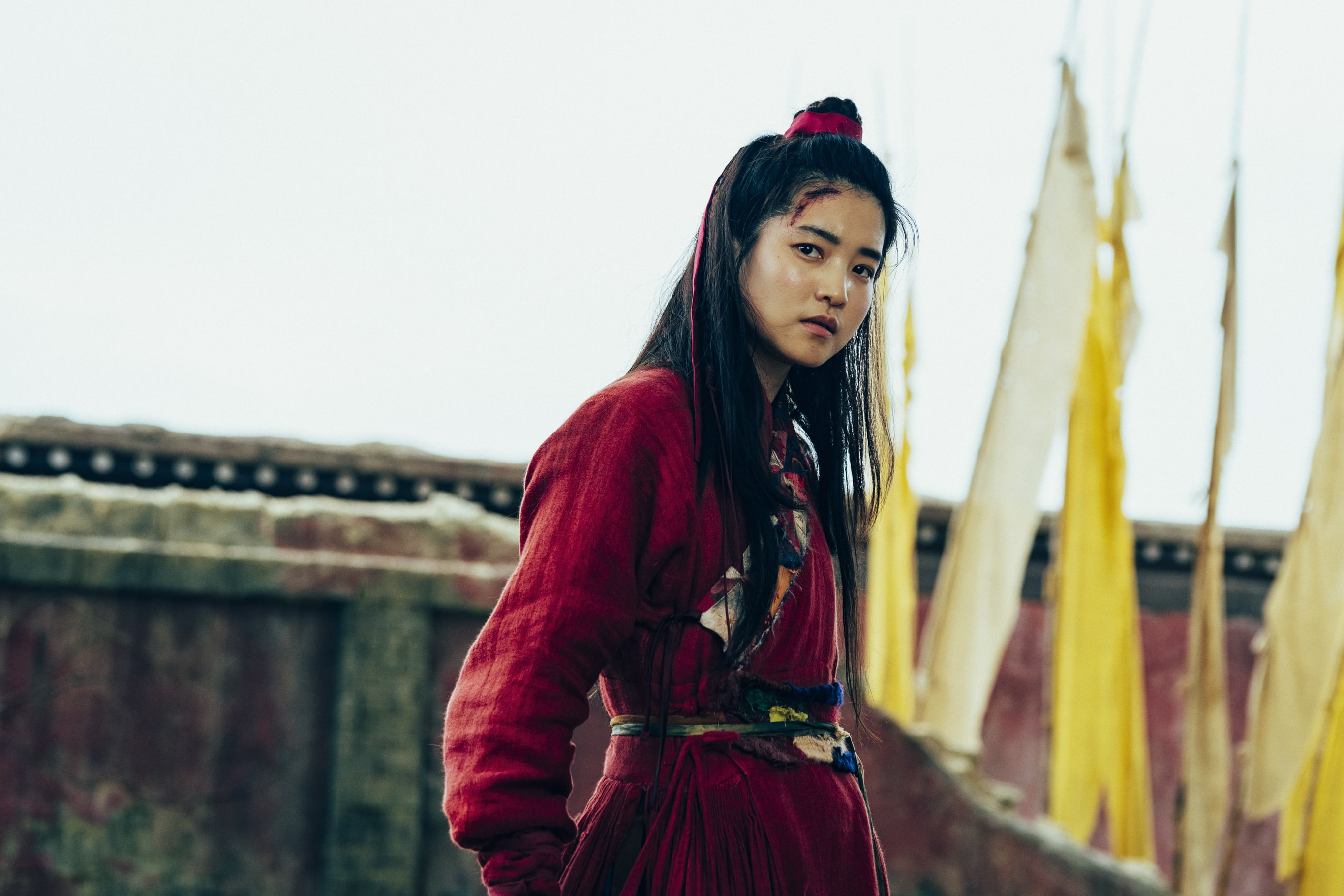 Although she previously had experience with firearms thanks to her role in “Mr. Sunshine,” Kim Tae Ri said that the action in “Alienoid” varied based on the character. Going into detail, she shared, “Lee Ahn’s brand of action is close to Jeet Kune Do, and when she shoots her gun she does so with the most minimal of movements. I wanted to throw in a side flip so I asked the action director and he just said, ‘You can’t do this to me,’ and he avoided me.”

The actress said that with this role, she challenged herself to act more intuitively. She explained, “If I asked the director something like, ‘I thought of this last night, how about we change it this way?’ then he would say, ‘Wait, let me think about it,’ and then give me his opinion after mulling it over. Scenes were created anew through that process. I don’t think there’s been any production where I’ve been able to express my opinions and communicate with the director quite as much as this.”

Part One of “Alienoid” hits theaters on July 20. Watch a trailer here!

Also check out Kim Tae Ri in “Little Forest” with subtitles below:

Kim Tae Ri
Alienoid
How does this article make you feel?