Apink’s Chorong And Yoon Bomi Talk About Their Close Friendship, The Advice They Would Give Younger Idols, And More

Apink’s Chorong and Yoon Bomi recently teamed up with Elle for a pictorial and interview!

Although Apink has released songs and performed at their concerts with different units, Yoon Bomi and Chorong became the group’s official unit debut as CHOBOM and released their first single album “Copycat.”

The two Apink members were invited to participate in the August issue of Elle, which revolves around the theme of “pets.” The two are known for fostering dogs and volunteering at dog shelters, and Yoon Bomi said, “It was heartbreaking to learn that adoption is really difficult for old dogs or dogs with disabilities. Sometimes, I want to become more famous because I want to inform [people] about this more.”

Chorong mentioned that most dogs that are born from extreme pedigree dog breeding suffer from disabilities. She explained, “Short noses make it difficult to breathe, and a luxating patella is hereditary. Once you know that, you can’t just look at them and think they’re cute.” 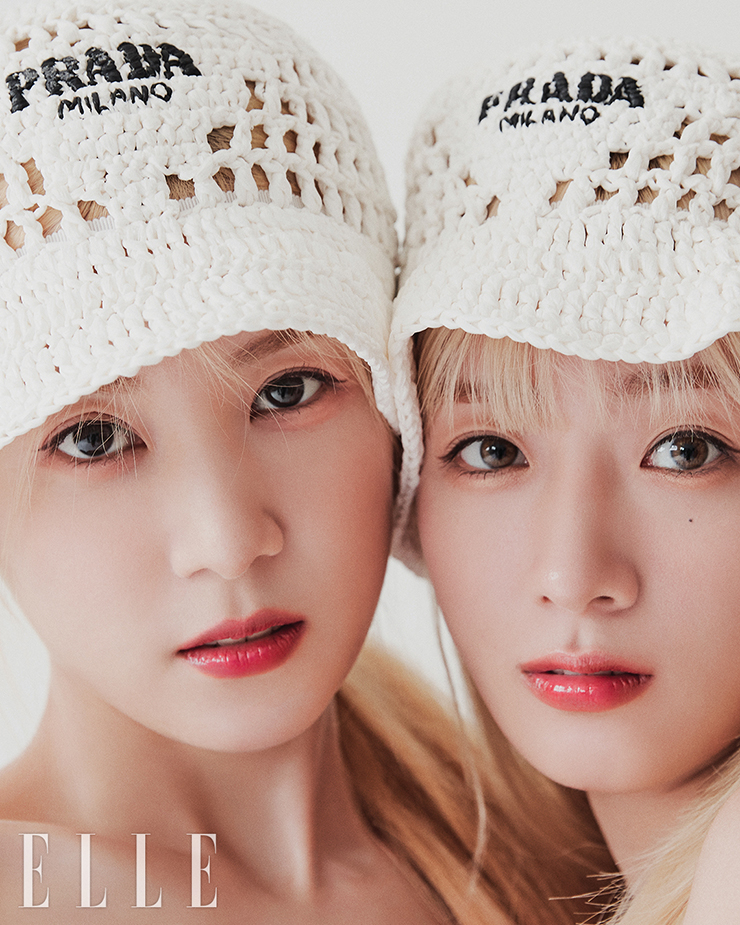 Chorong and Yoon Bomi also shared their affection for each other. Yoon Bomi commented, “Since Chorong is the oldest in the team and I am the second oldest, I thought I should share the weight with her whenever the role of a leader seemed a bit overwhelming. I think it’s really helpful to be next to each other when we’re having a hard time.”

Chorong remarked, “Whenever I would go through rough patches, Bomi would give me books and write me letters, so I felt grateful and reassured. It’s also cool how she acts for what she believes is right.” 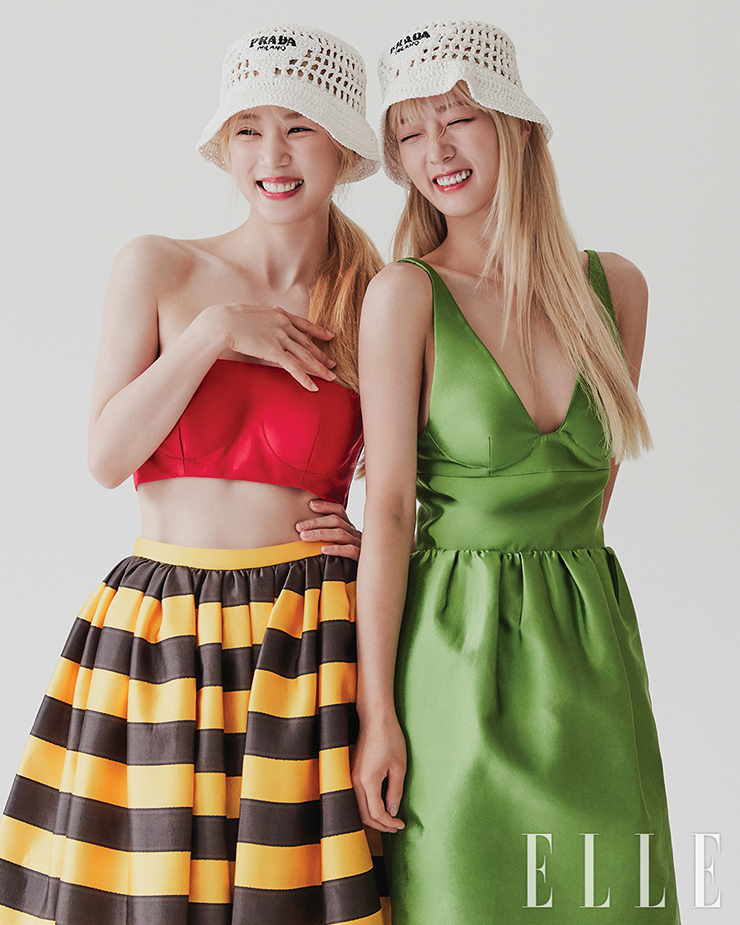 Apink debuted in 2011, and it’s been 11 years since then. When asked if there’s anything they want to tell younger idols who dream of lasting a long time like them, the duo shared that conversations are important. Chorong emphasized, “You should say ‘thank you’ and ‘sorry’ to each other often,” and Yoon Bomi added, “It is also important to respect each other’s own time. There will be members who have independent tendencies.” 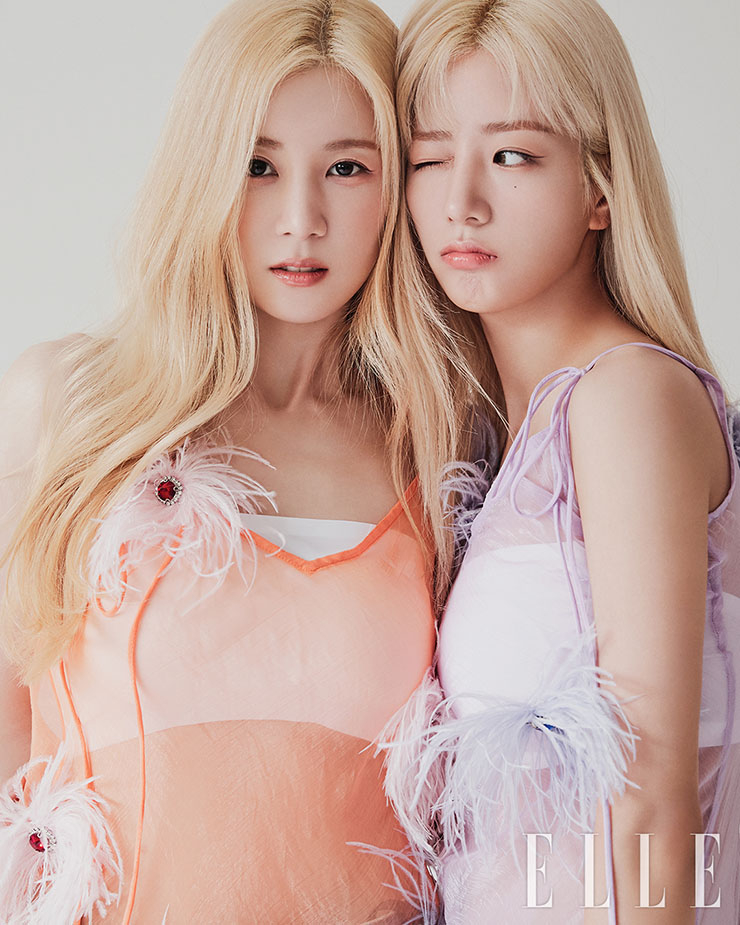 CHOBOM’s full interview and pictorial will be available in the August issue of Elle.

Apink
Elle
Yoon Bomi
Chorong
CHOBOM
How does this article make you feel?