Get ready for some shocking events in the upcoming episodes of “Eve”!

In the newly released stills, Seo Eun Pyung (Lee Sang Yeob) and Kang Yoon Kyum are in utter shock. The two men are at the beach for an unknown reason. Seo Eun Pyung urgently calls someone, while Kang Yoon Kyum’s eyes are filled with anxiousness. Their pale expressions hint that a problem has occurred, and viewers are eager to find out if something has happened to Lee Ra El. 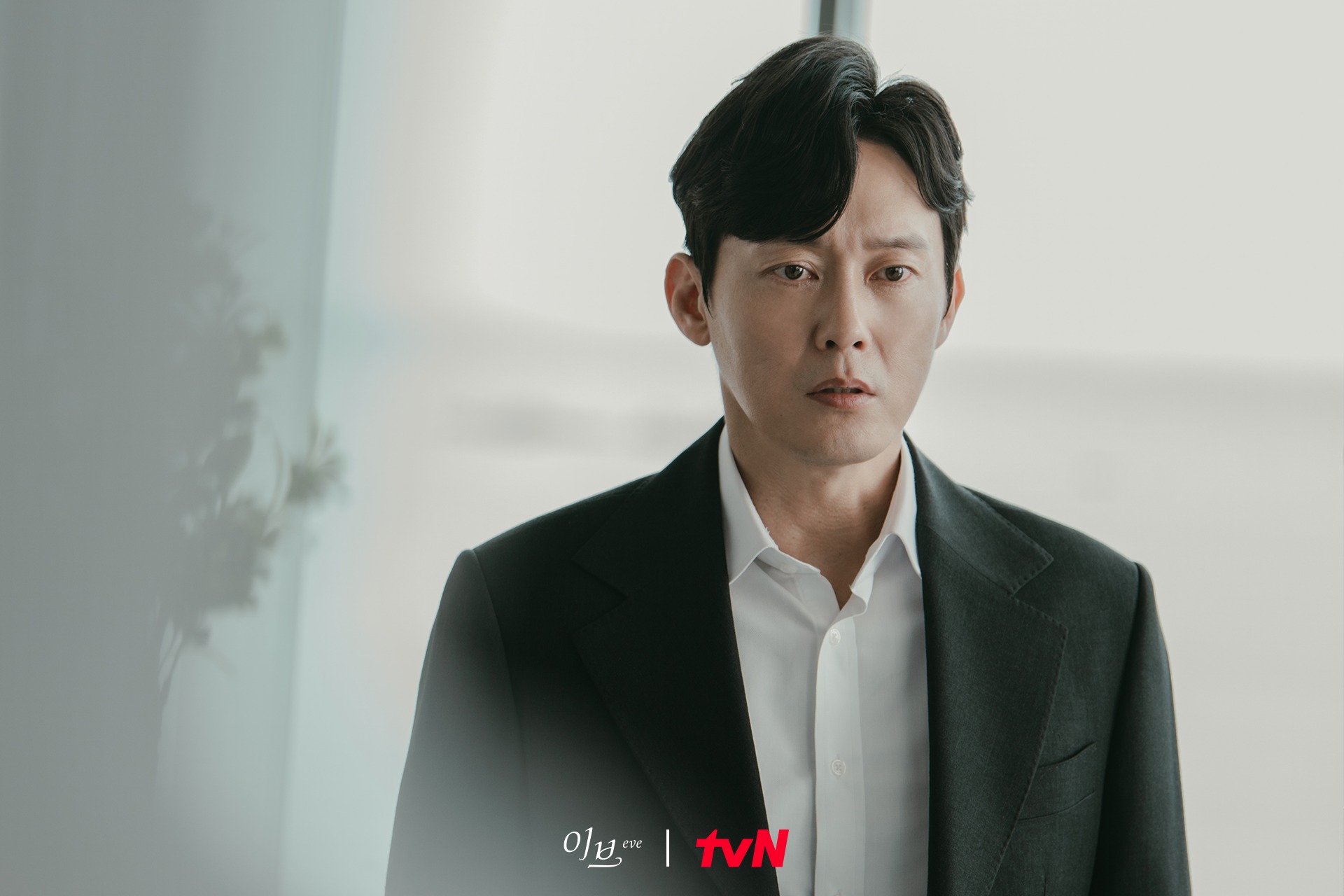 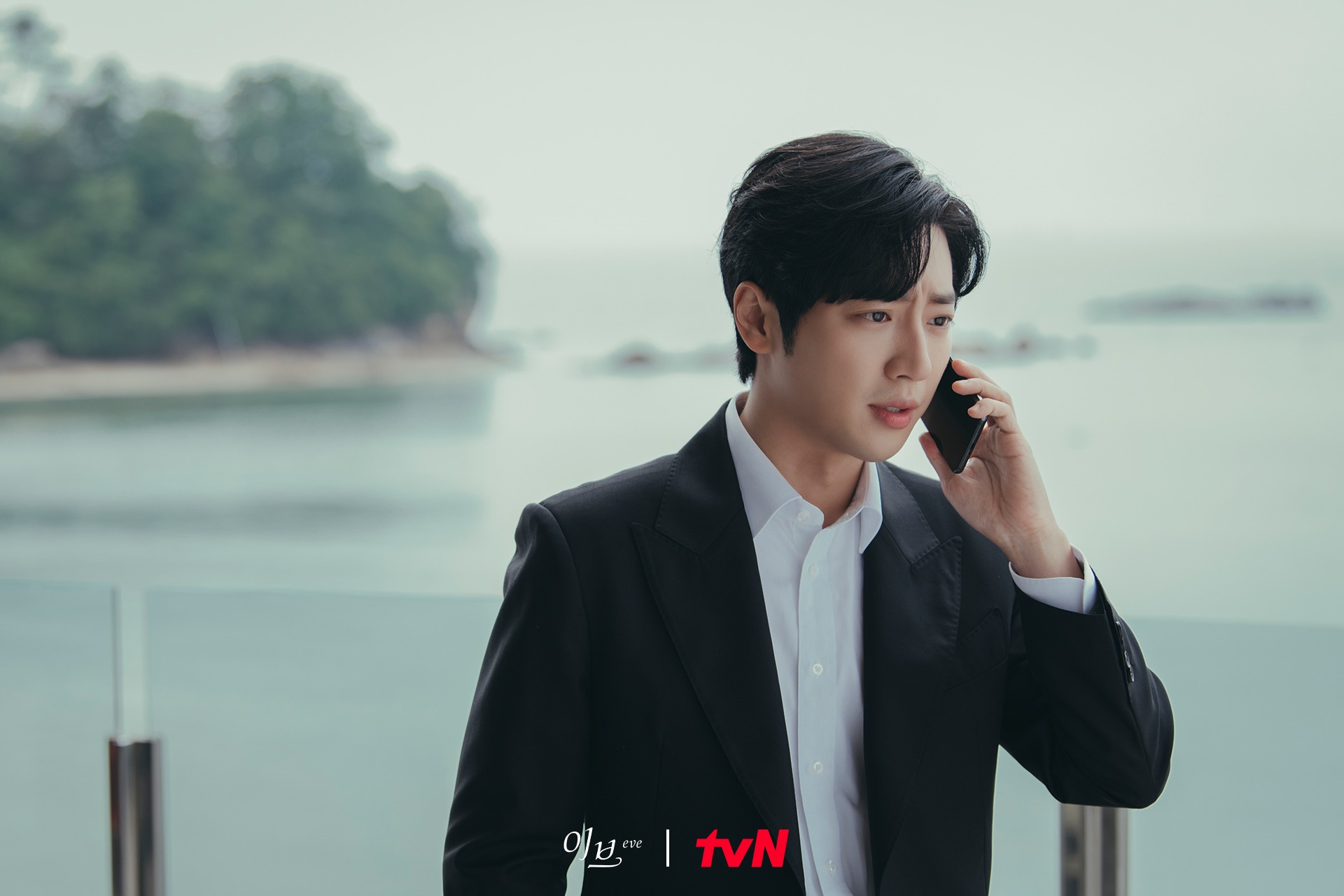 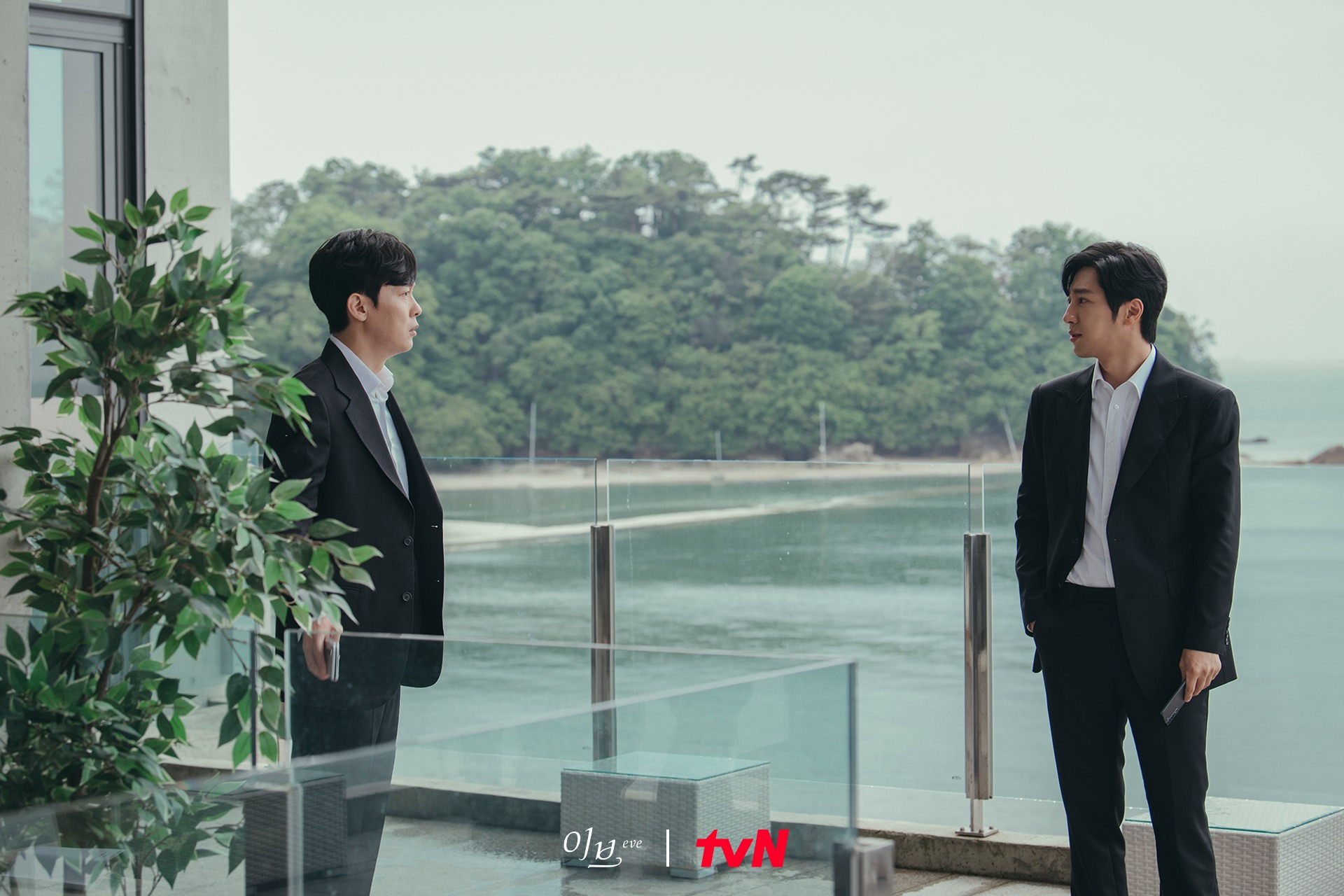 The production team shared, “The trial for Lee Ra El’s lawsuit will officially begin, and there will be tense developments until the end. Please watch to see what kind of choices and actions Kang Yoon Kyum and Seo Eun Pyung, who are in love with Lee Ra El, will make in the process.”