ATEEZ Announces Dates And Cities For Their 2nd World Tour Of 2022, “THE FELLOWSHIP: BREAK THE WALL”

Just months after wrapping up their latest world tour, ATEEZ is heading abroad on their second tour of the year!

The booked-and-busy group just held the final concerts of their “THE FELLOWSHIP: BEGINNING OF THE END” world tour in Japan this weekend, and they’re currently preparing to make a comeback at the end of this month—but they aren’t pausing to rest anytime soon.

ATEEZ has now announced that this fall, they will be embarking on a brand-new world tour entitled “THE FELLOWSHIP: BREAK THE WALL.”

After kicking things off with two nights of concerts in Seoul on October 29 and 30, ATEEZ will be returning to the United States, where they already held a sold-out tour earlier this year. The group will be performing in Anaheim on November 7 and 8, Phoenix on November 10, Dallas/Fort Worth on November 16, Chicago on November 19, Atlanta on November 22, and Newark on November 27 and 28, before heading to Canada for a show in Toronto on December 2.

Finally, ATEEZ will travel back to Japan for two nights of concerts in Chiba on December 11 and 12. 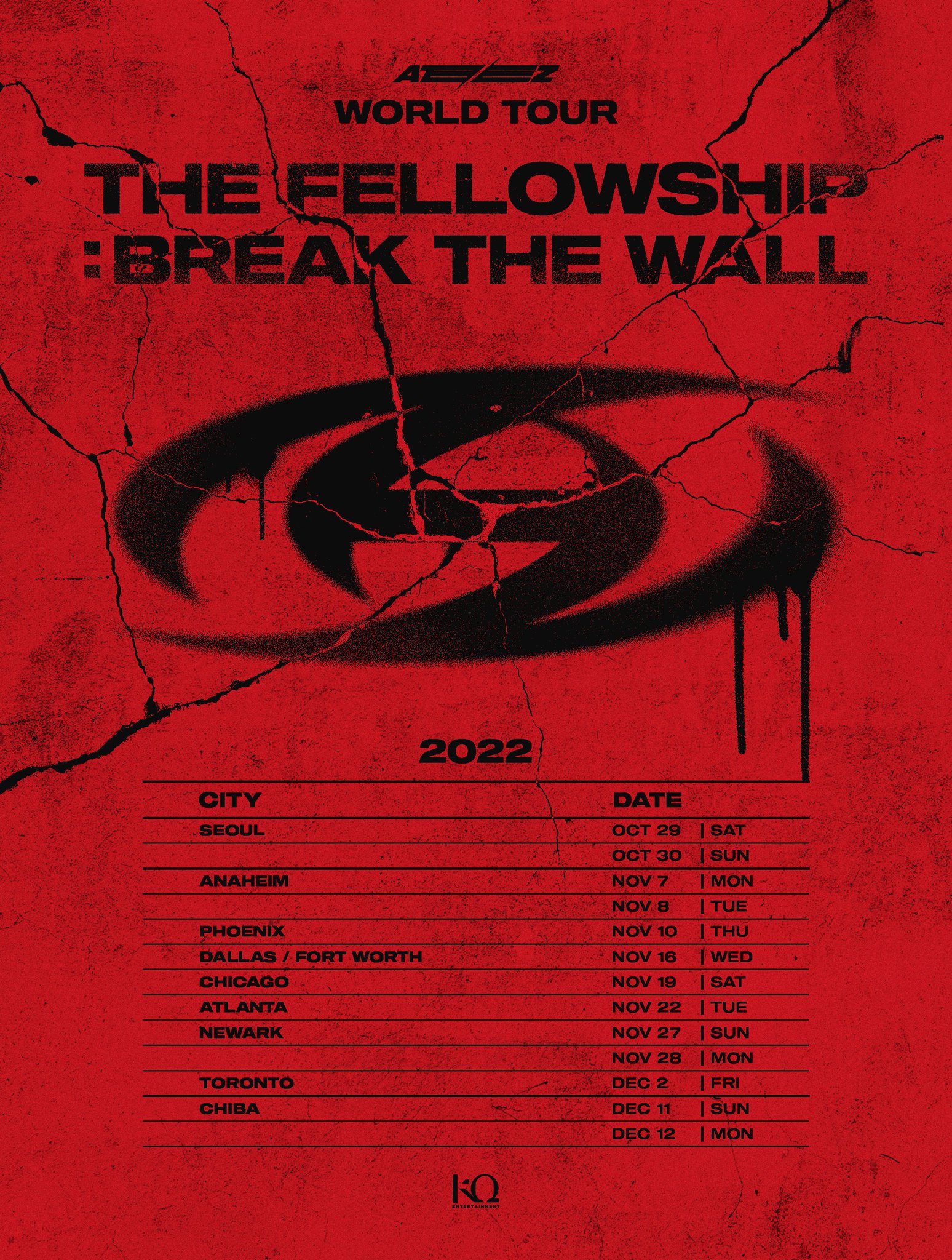 Are you excited for ATEEZ’s upcoming tour? In the meantime, check out their latest teasers for their comeback on July 29 here!