Things are about to heat up in “Eve”!

Meanwhile, Kang Yoon Kyum felt immense shock and betrayal after learning Lee Ra El had intentionally approached him. Nevertheless, he couldn’t stop being in love with her, and she also shed tears because of his sincerity, leading viewers to wonder what will happen to their superficial romance.

The new set of stills hint that things aren’t going in a positive direction for them. The two characters appear at court, and numerous reporters surround them. In the courtroom, they face each other as plaintiff and defendant, raising tension. In particular, Kang Yoon Kyum looks determined with his unwavering eyes as if he has firmly made up his mind. What will happen during the trial, and how will it affect their relationship? 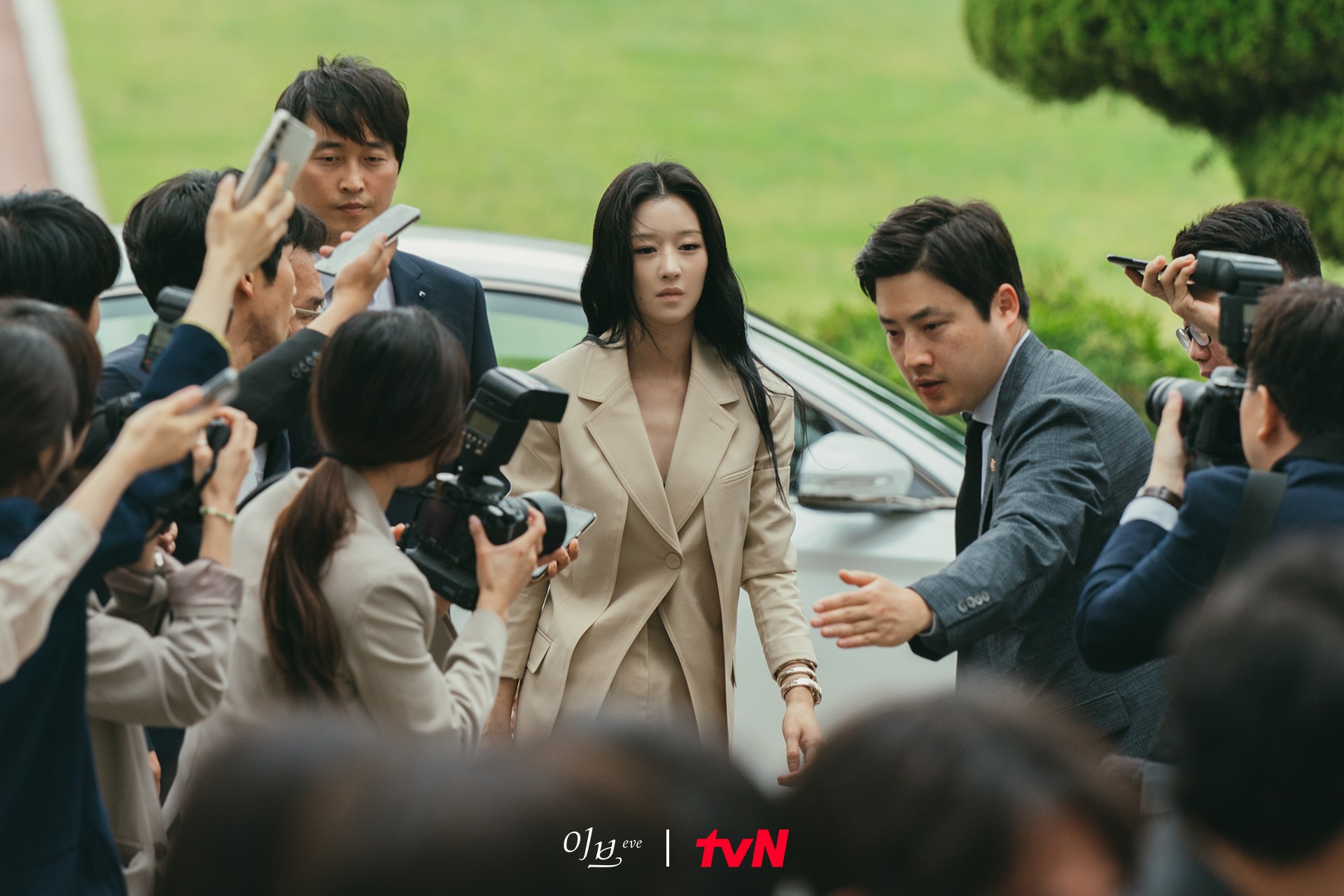 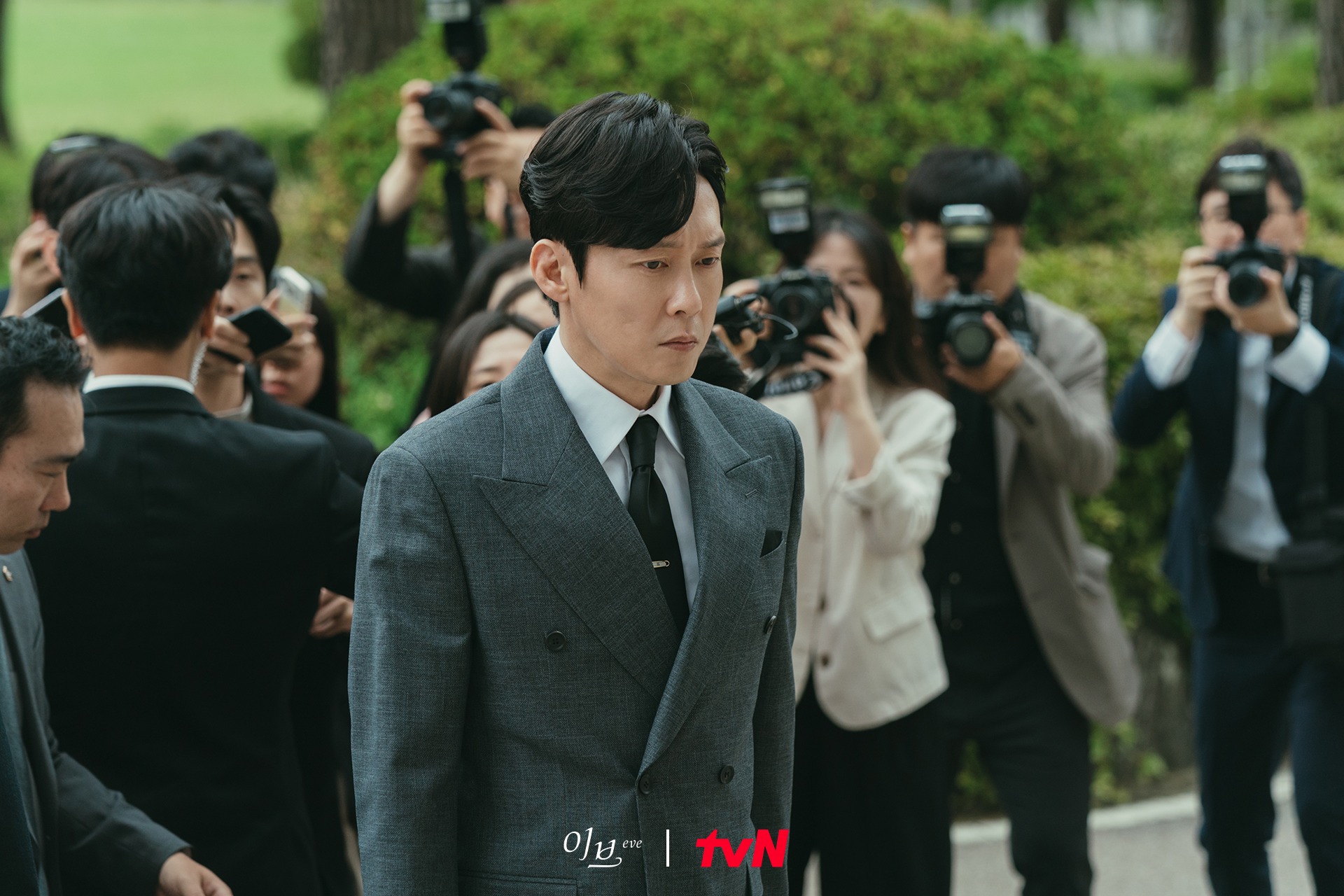 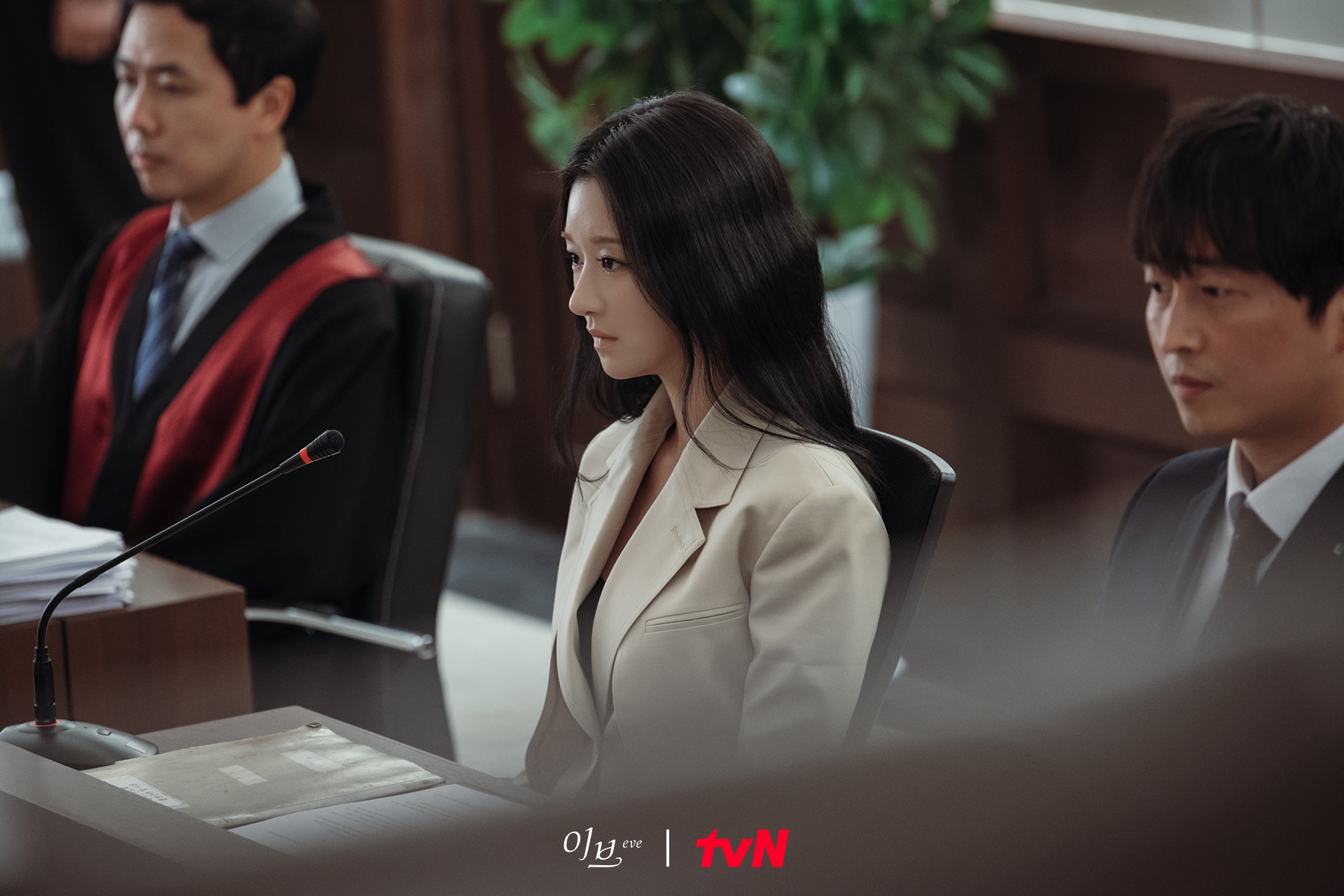 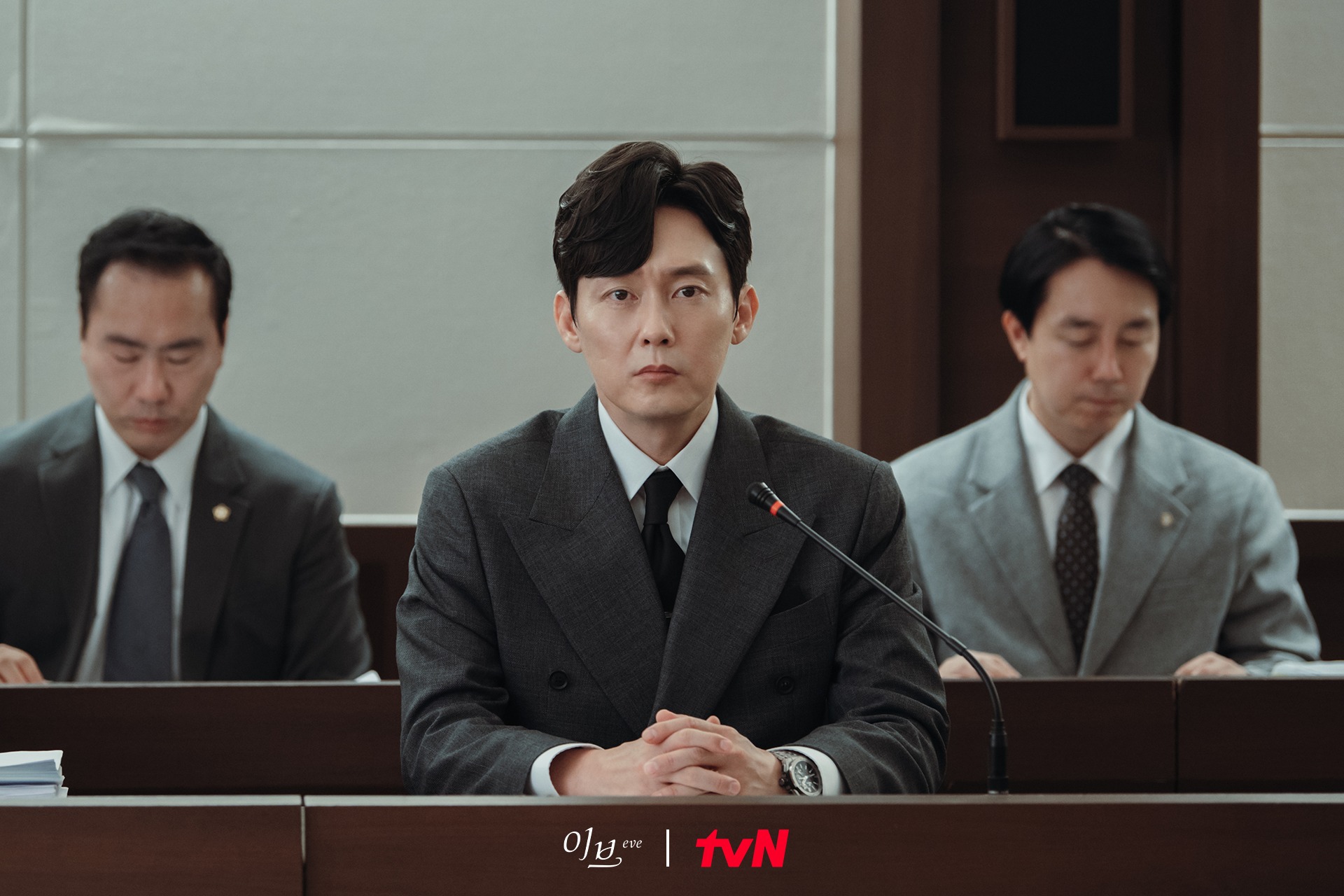