The series is about a chaebol’s 2 trillion won (approximately $1.7 billion) divorce lawsuit that shocks the entire nation. Unbeknownst to the public, the lawsuit is the result of a carefully calculated revenge scheme 13 years in the making.

Firstly, Seo Ye Ji commented, “All the actors and staff members worked really hard. I had to express extreme emotions while playing Lee Ra El, who had a cruel fate, and thanks to them, I was able to focus and shoot until the end. I’m grateful to them.” She also thanked the viewers and added, “Please watch the last episode to see how the revenge ends.” 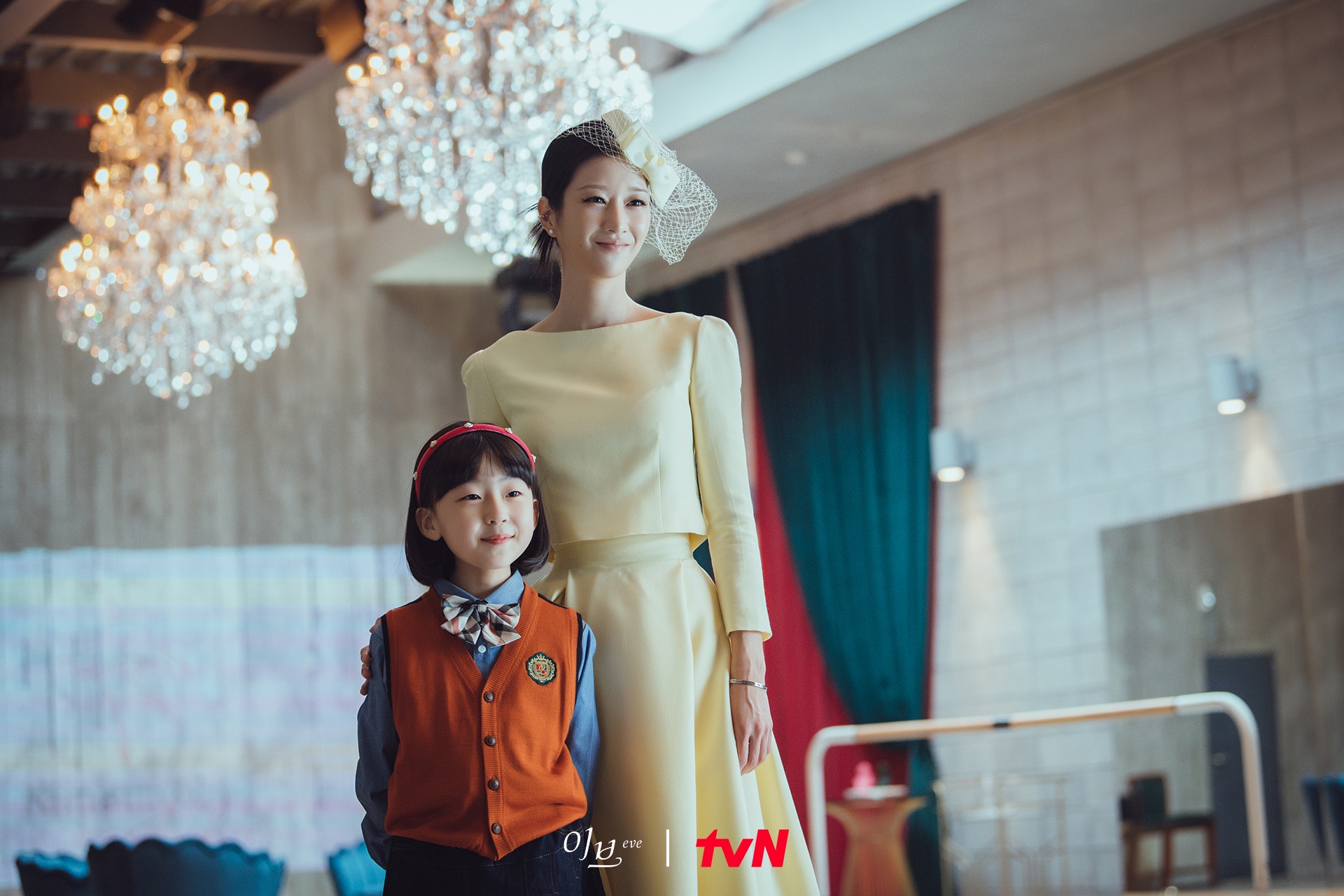 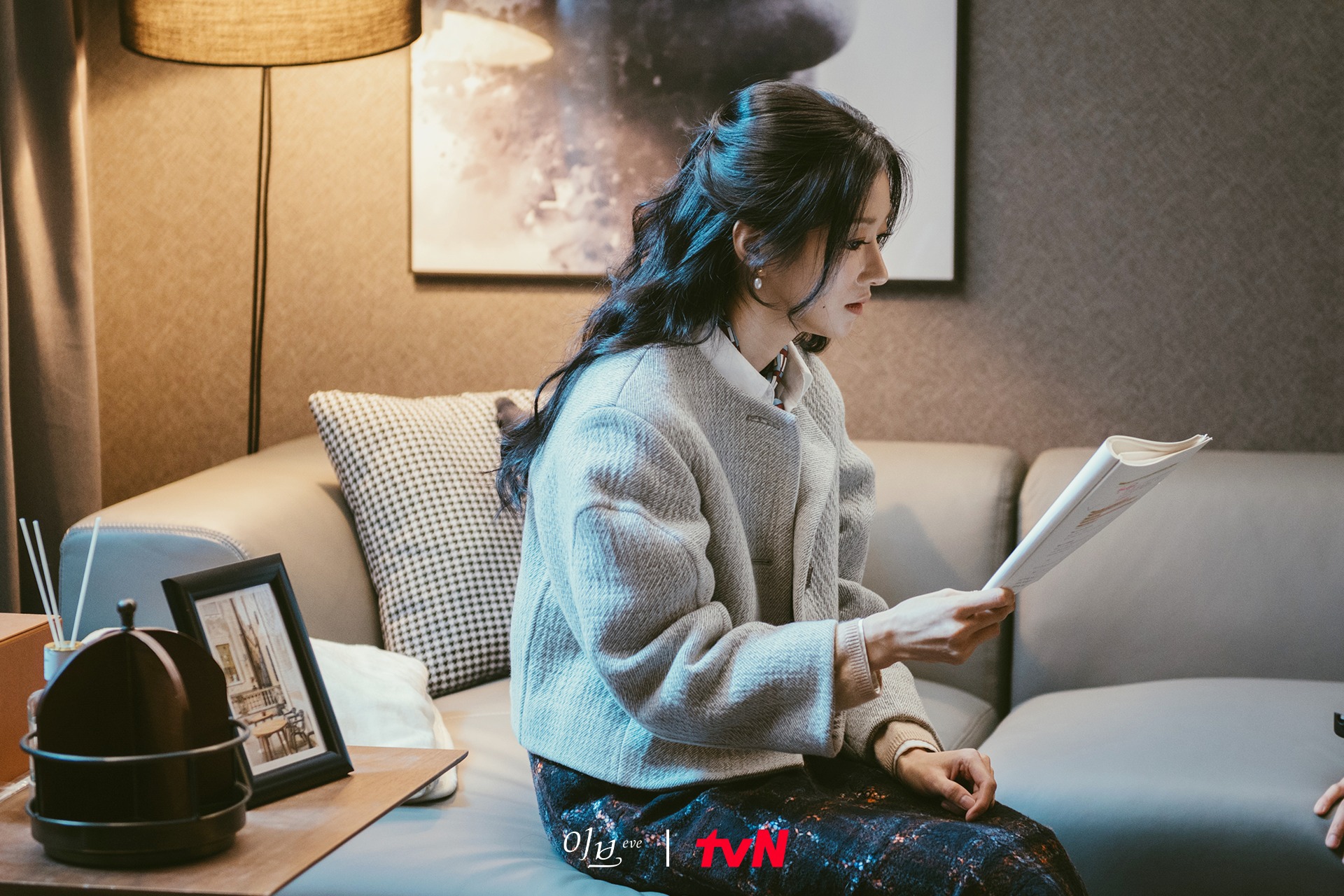 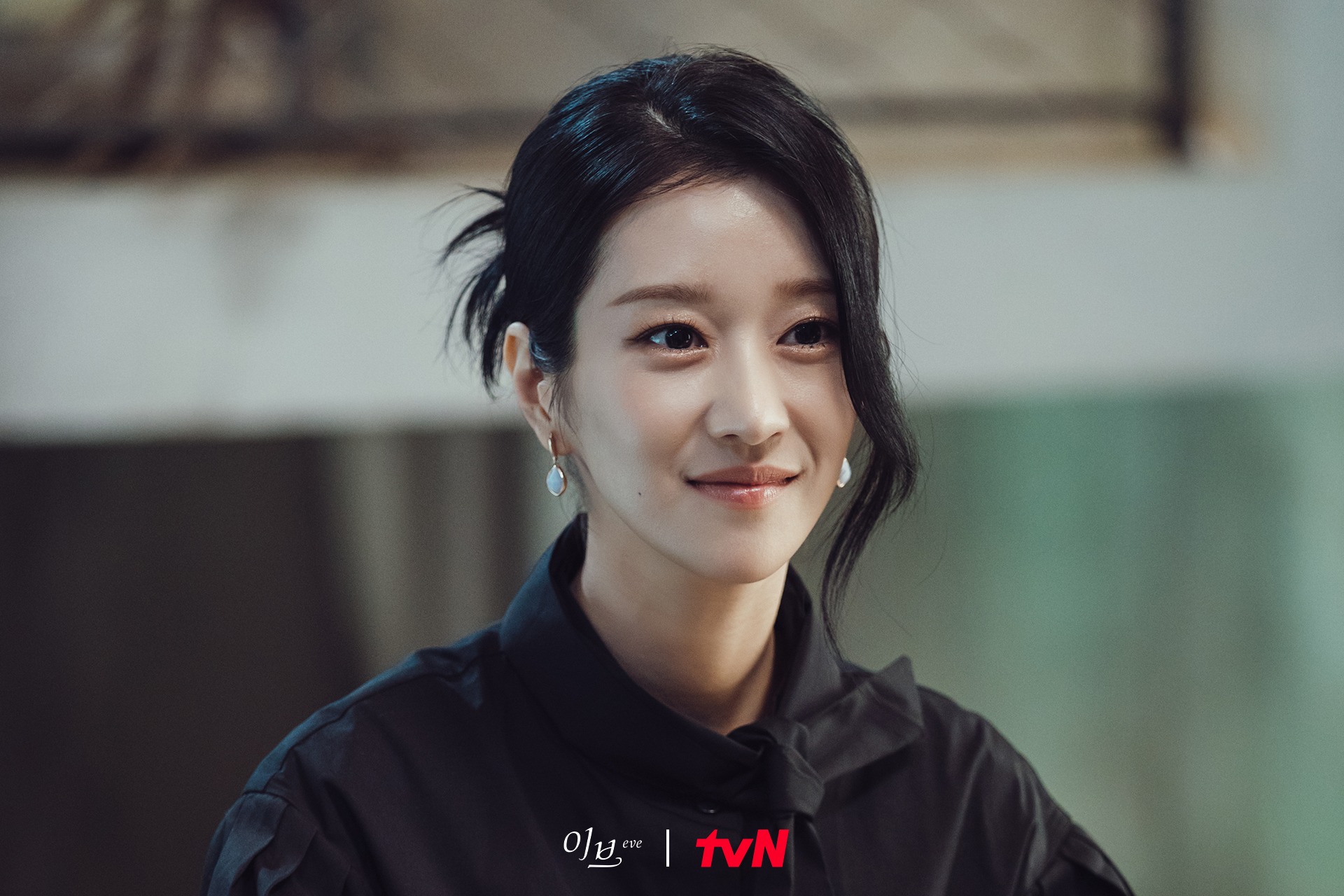 Park Byung Eun, who played Kang Yoon Kyum, the man who chose his dangerous love for Lee Ra El over everything else, remarked, “It is a project that I have been immersed in for 11 months since taking the role and meeting the director and the writer in August of last year to prepare [for my role]. As it is the longest work I have been with as an actor so far, I feel empty, sad, and indescribable that it’s the end.” Then he added, “I’d like to thank all the viewers who have been watching ‘Eve.’ Now, only the final episode is left. I hope you watch until the end.” 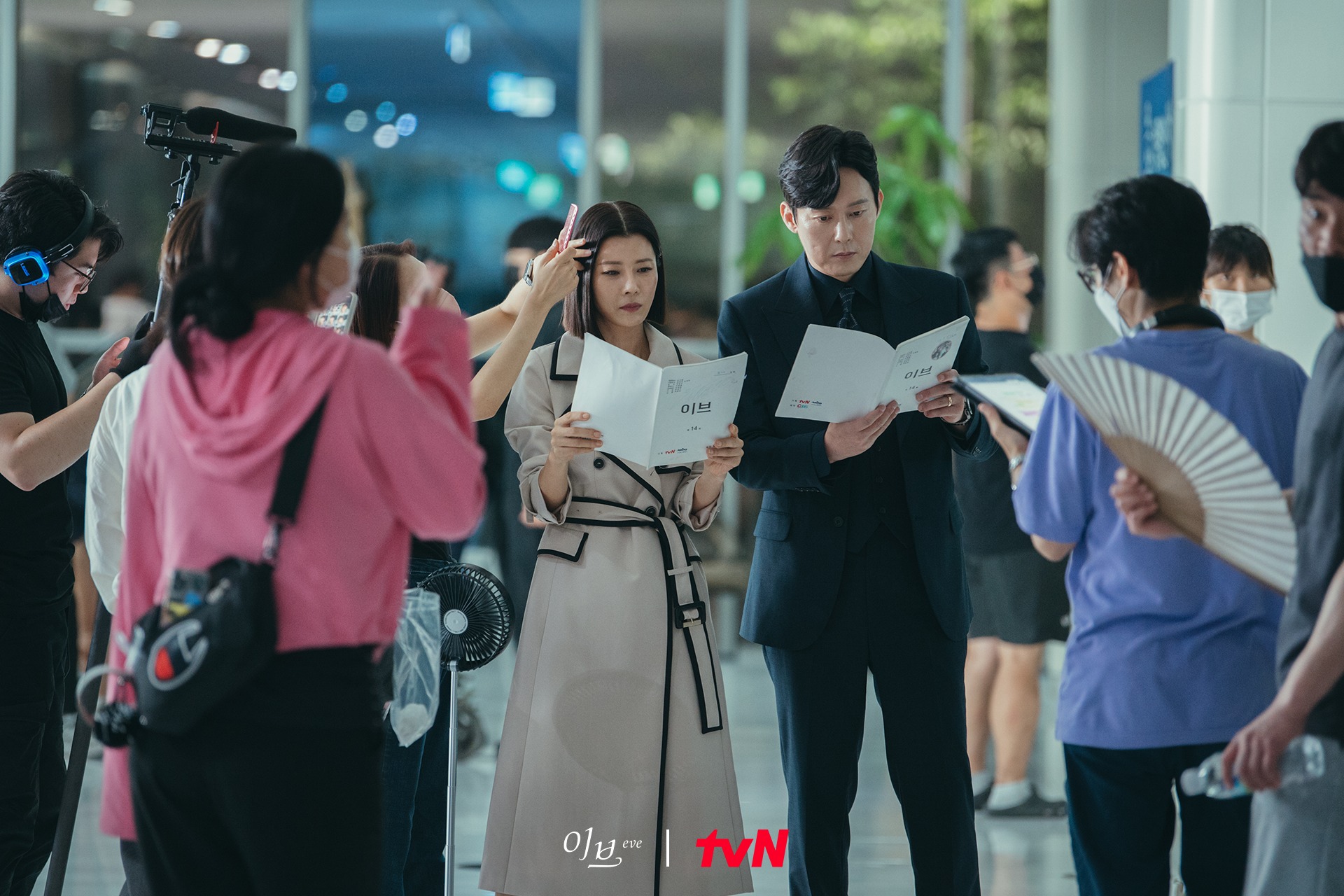 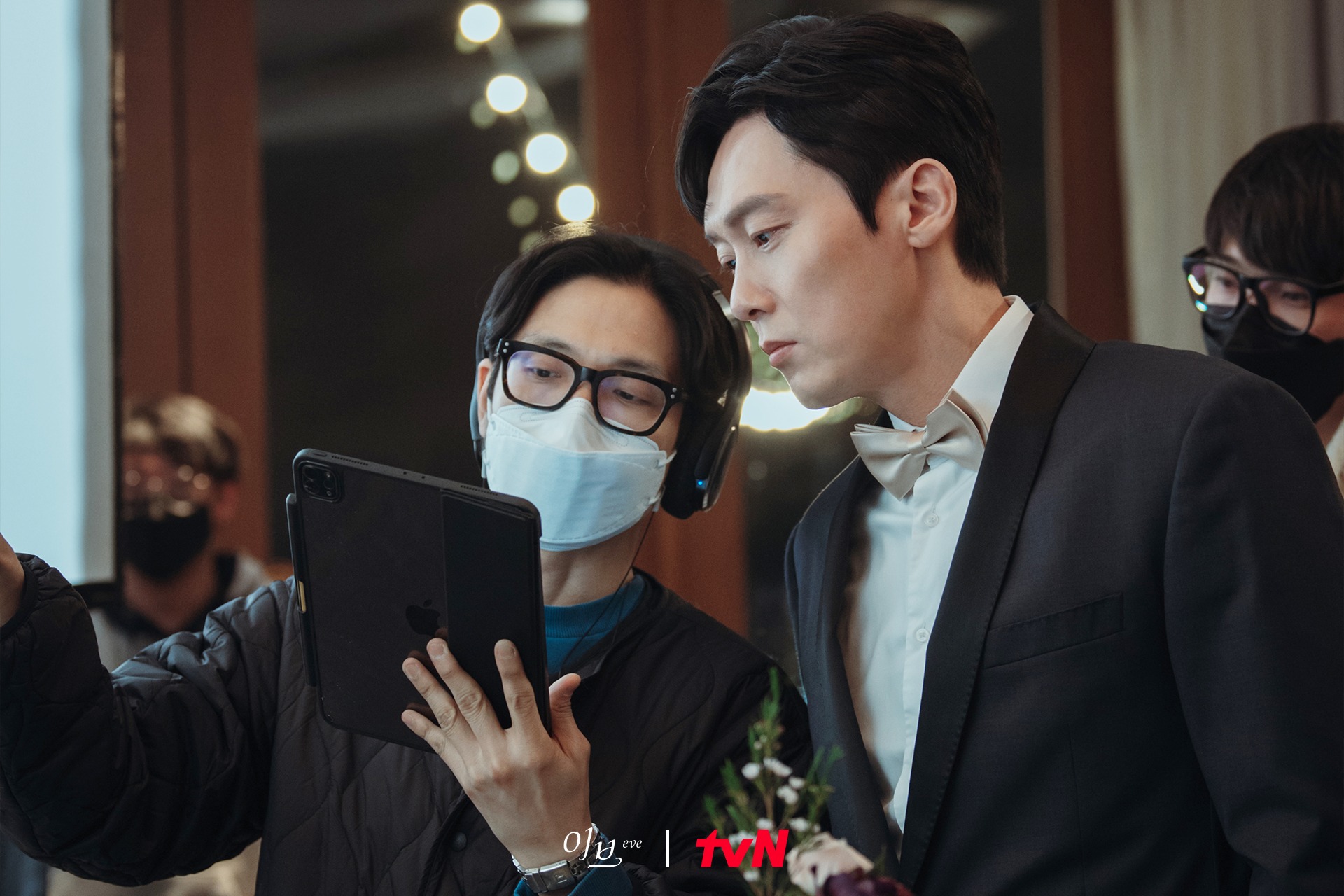 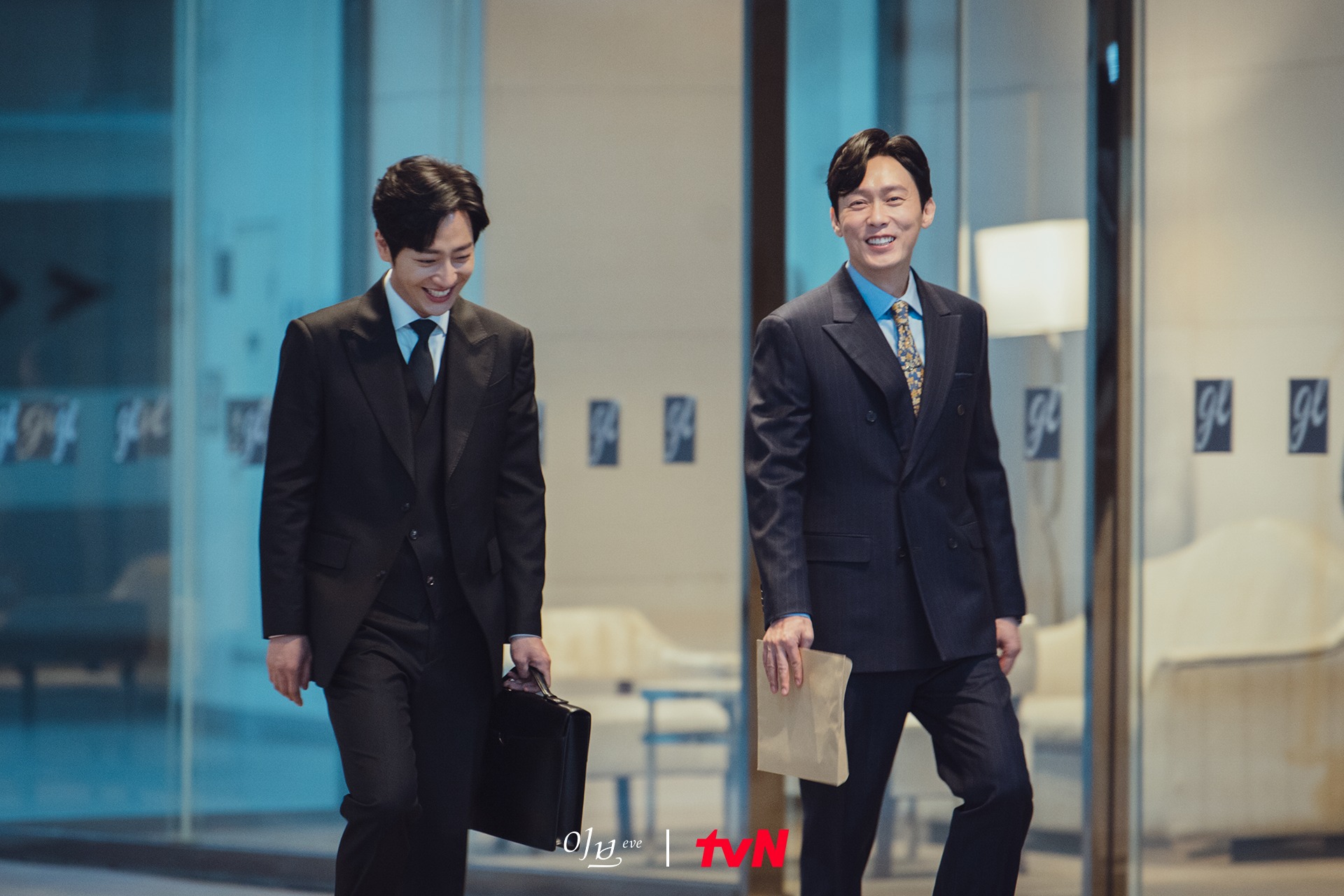 Yoo Sun, who impressed viewers with her explosive acting as the evil Han So Ra, shared, “‘Eve’ is like a gift to me. Most of all, I met a great character named Han So Ra, and I was so thankful and happy while living as her. I won’t forget the moments that the director, the warm team, the actors who gave it their all, and I filled with passion.” She expressed her sincere gratitude to the fans and added she was able to work with more energy because of their love and support. 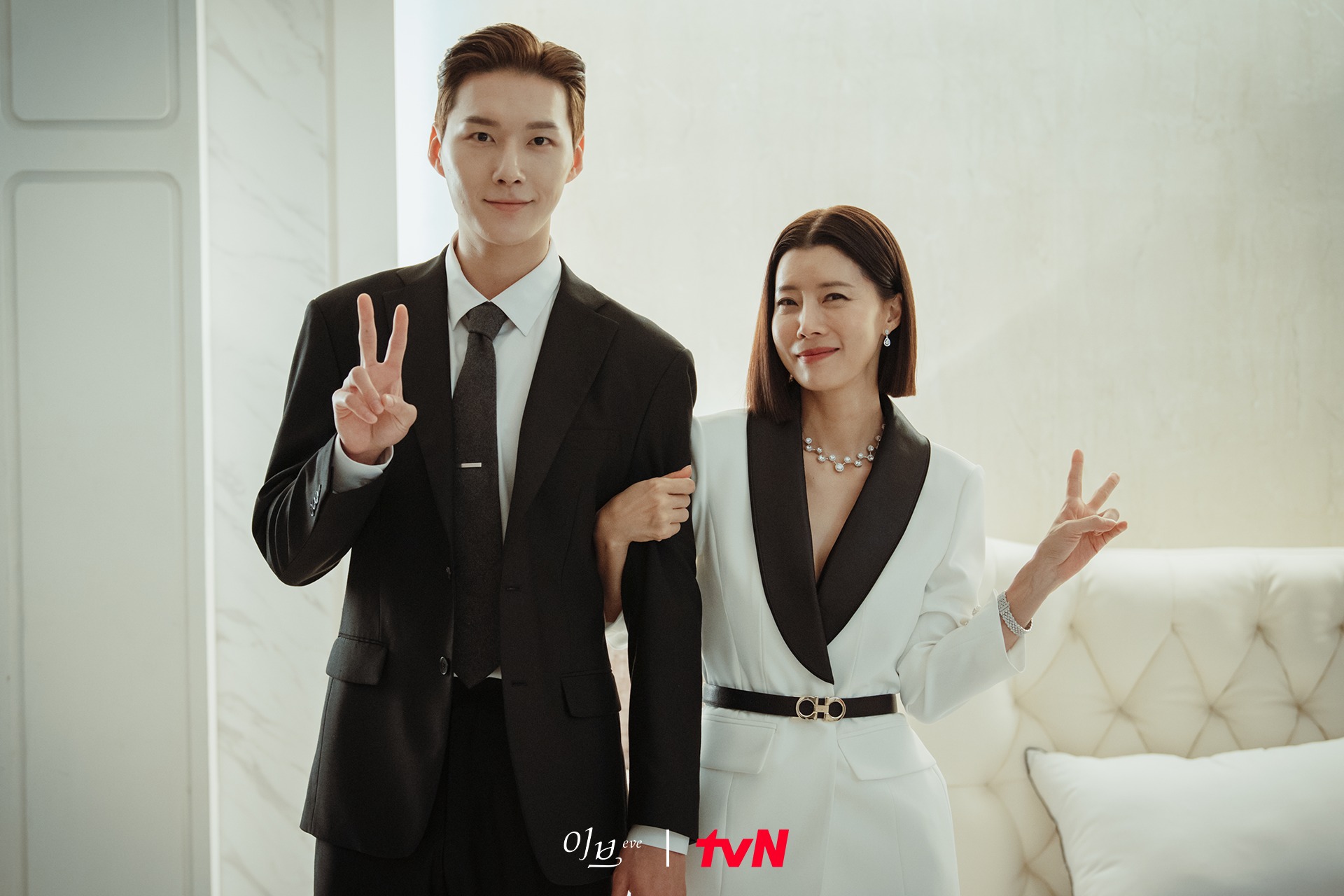 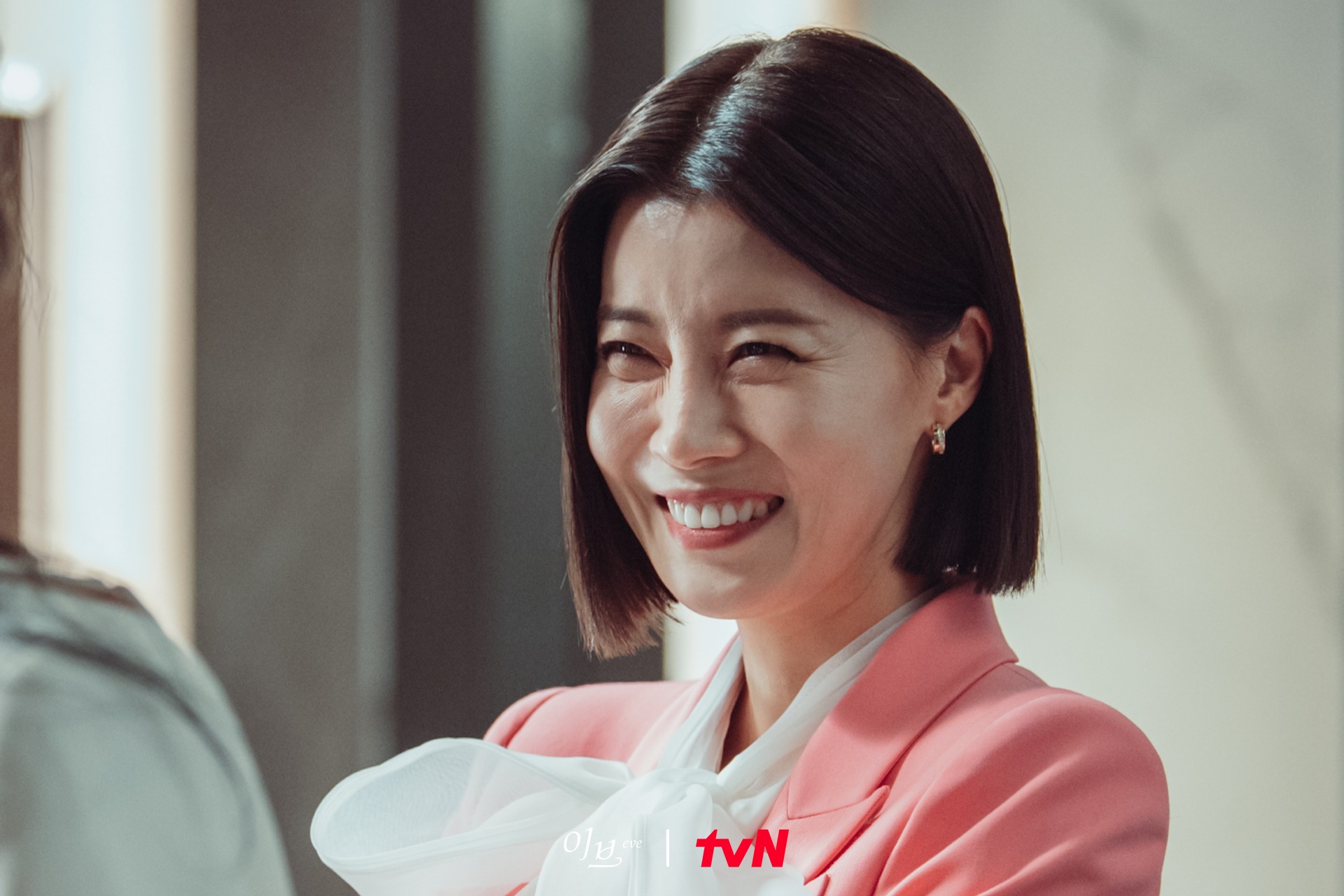 Lee Sang Yeob touched hearts with his role as Seo Eun Pyung, the man who genuinely loved Lee Ra El. He said, “Because of the director, cast, and crew, who protected the set together, I received great comfort and strength. I’m really thankful to them. I want to also thank the viewers who supported Seo Eun Pyung and loved ‘Eve.’ I’ll greet you again with a good project.” 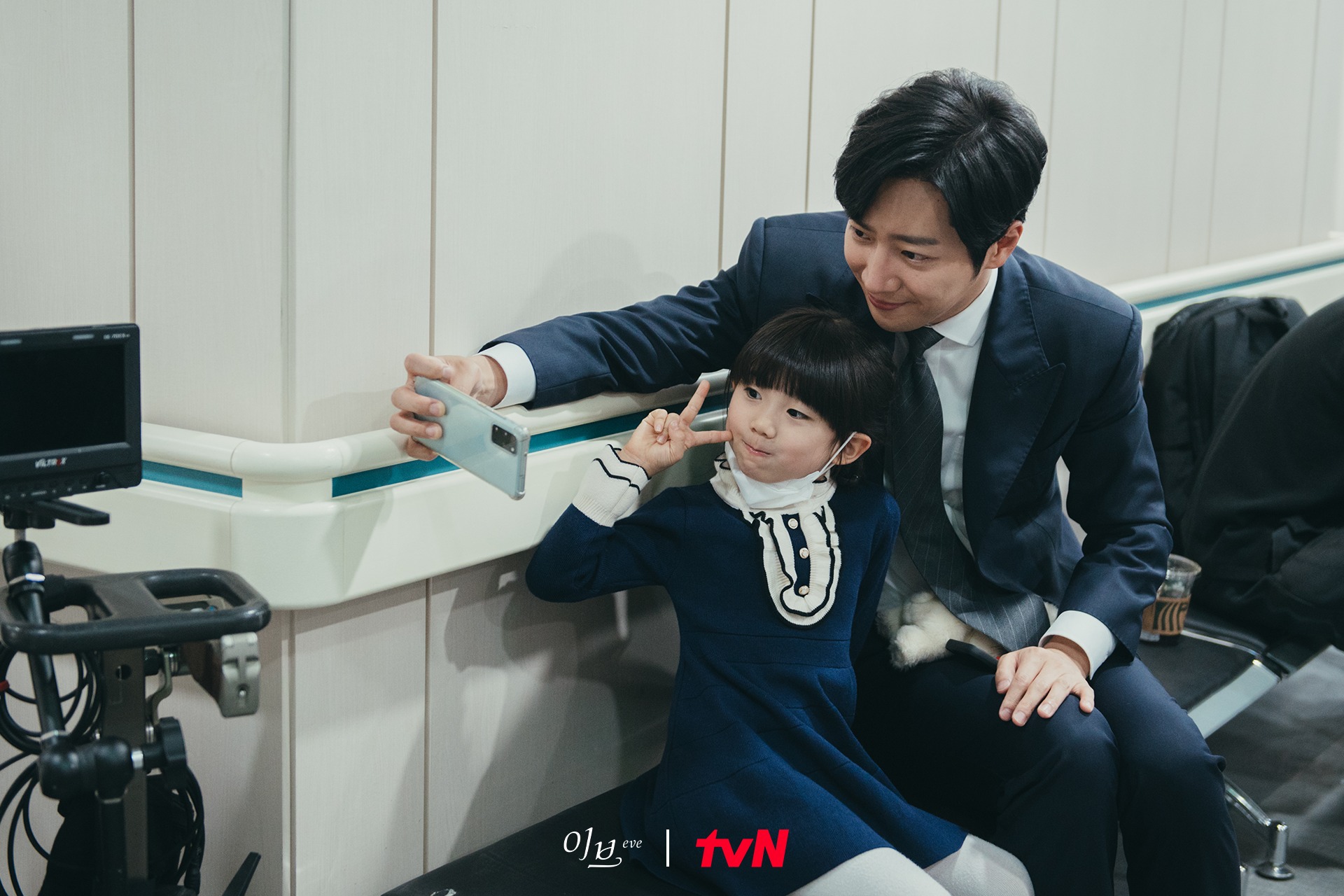 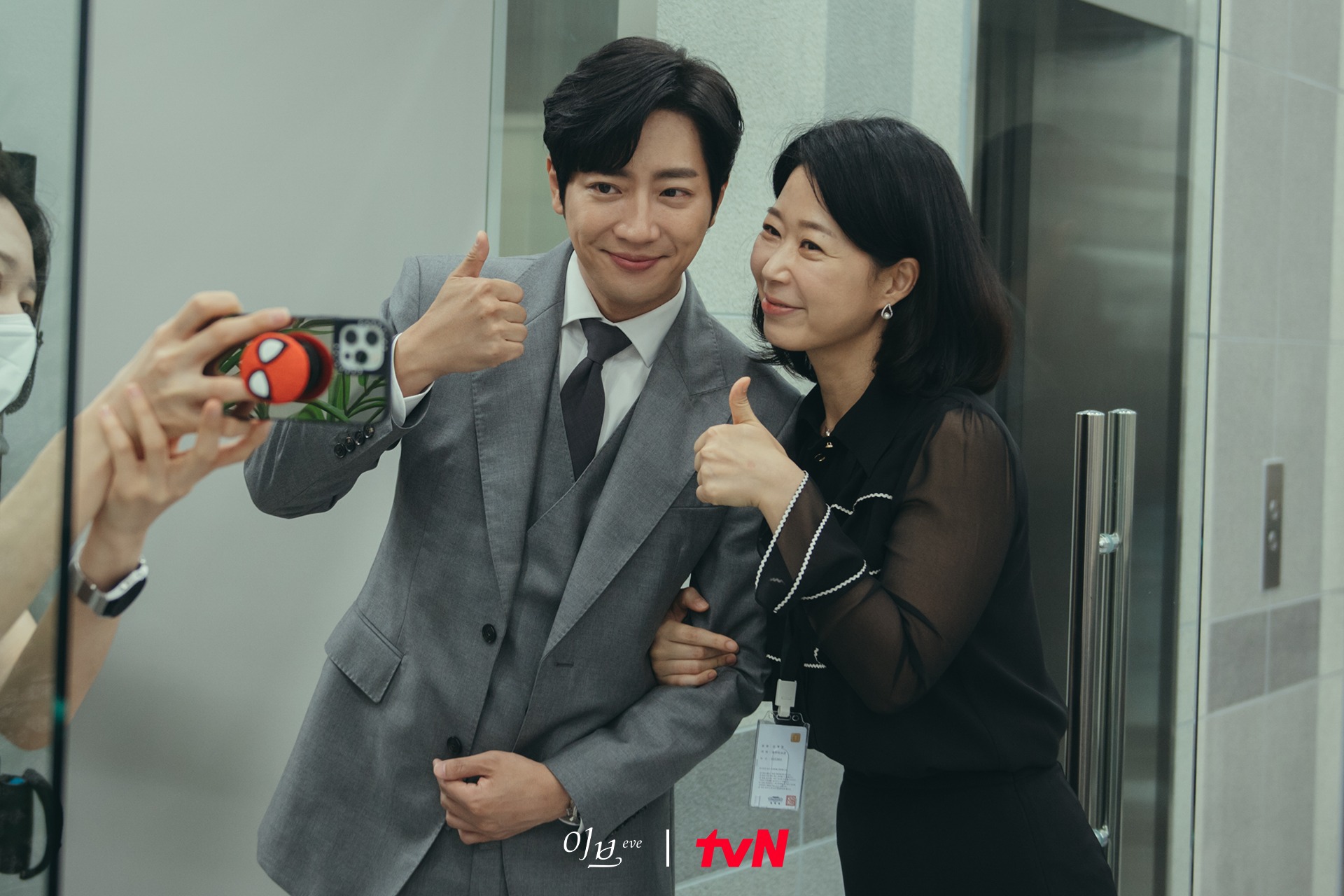 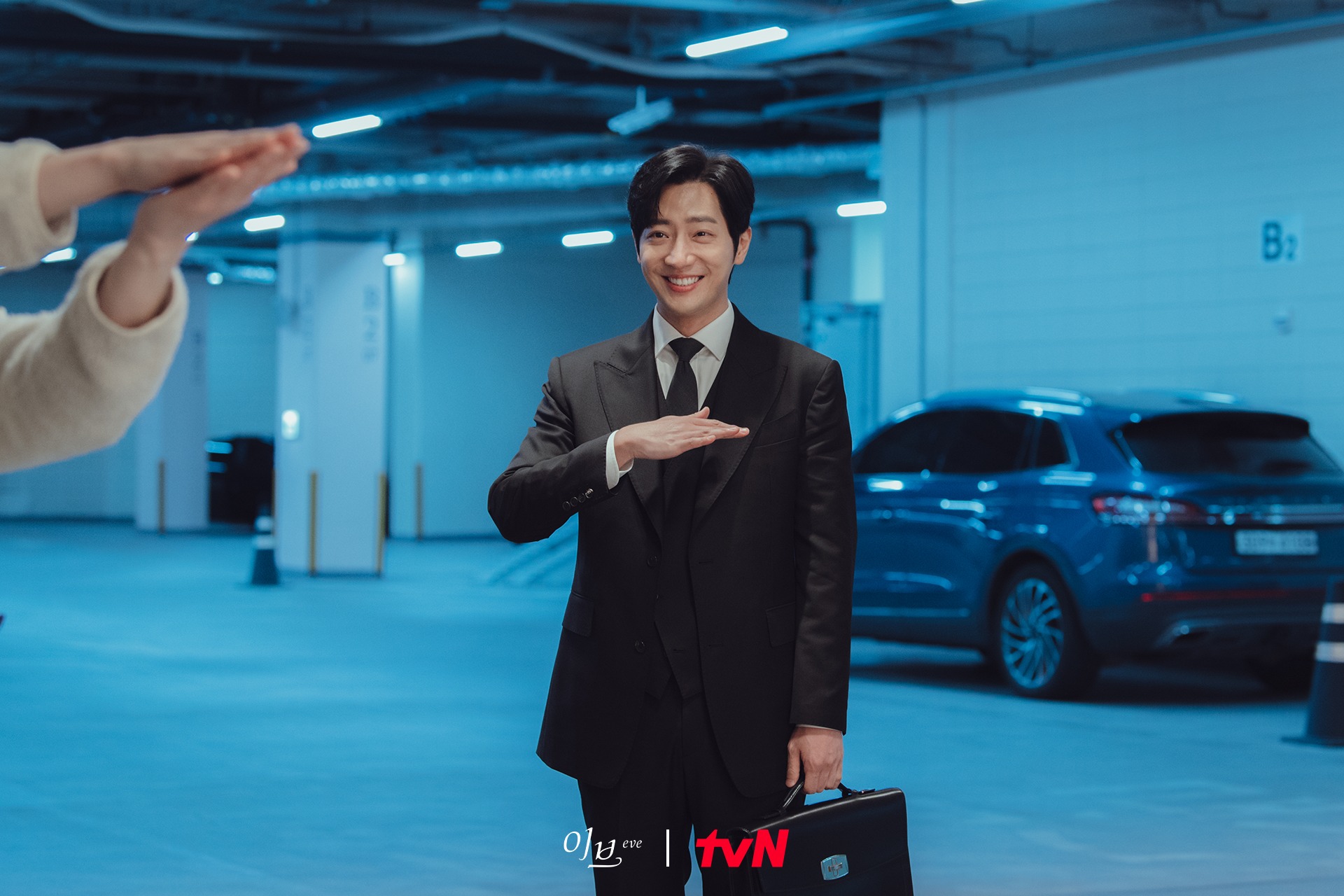