“Why Her?” Stars Thank Viewers + Tease What To Look Forward To In Final 2 Episodes

The stars of SBS’s “Why Her?” have shared their thoughts ahead of the drama’s highly-anticipated finale!

With just two episodes left in the show’s run, Seo Hyun Jin, Hwang In Yeop, Heo Joon Ho, and Bae In Hyuk reflected on their experience filming the hit drama—and what viewers can look forward to in its final week.

Seo Hyun Jin remarked, “Although filming already ended beforehand, now that the broadcast is ending too, I feel sad rather than relieved. Because it’s a drama that I filmed for a long time and worked really hard on, I feel like I have a particularly strong love-hate relationship with Oh Soo Jae.”

“I would like to express my sincere gratitude to the viewers, and I’d also like to applaud the staff, who worked hard and suffered up until the final episode,” she continued. “I acted out every single emotion with all my heart and all the strength I had, polishing each [emotion] with great care and sincerity. I’m curious to see whether people will relate, if they will feel relieved [by the ending].”

Looking back on the months she spent playing Oh Soo Jae, Seo Hyun Jin added, “For me, it was also a time during which I reflected on my own self in the process of ruminating on Oh Soo Jae’s life and choices. I hope that it will have been a meaningful time for you as well.” 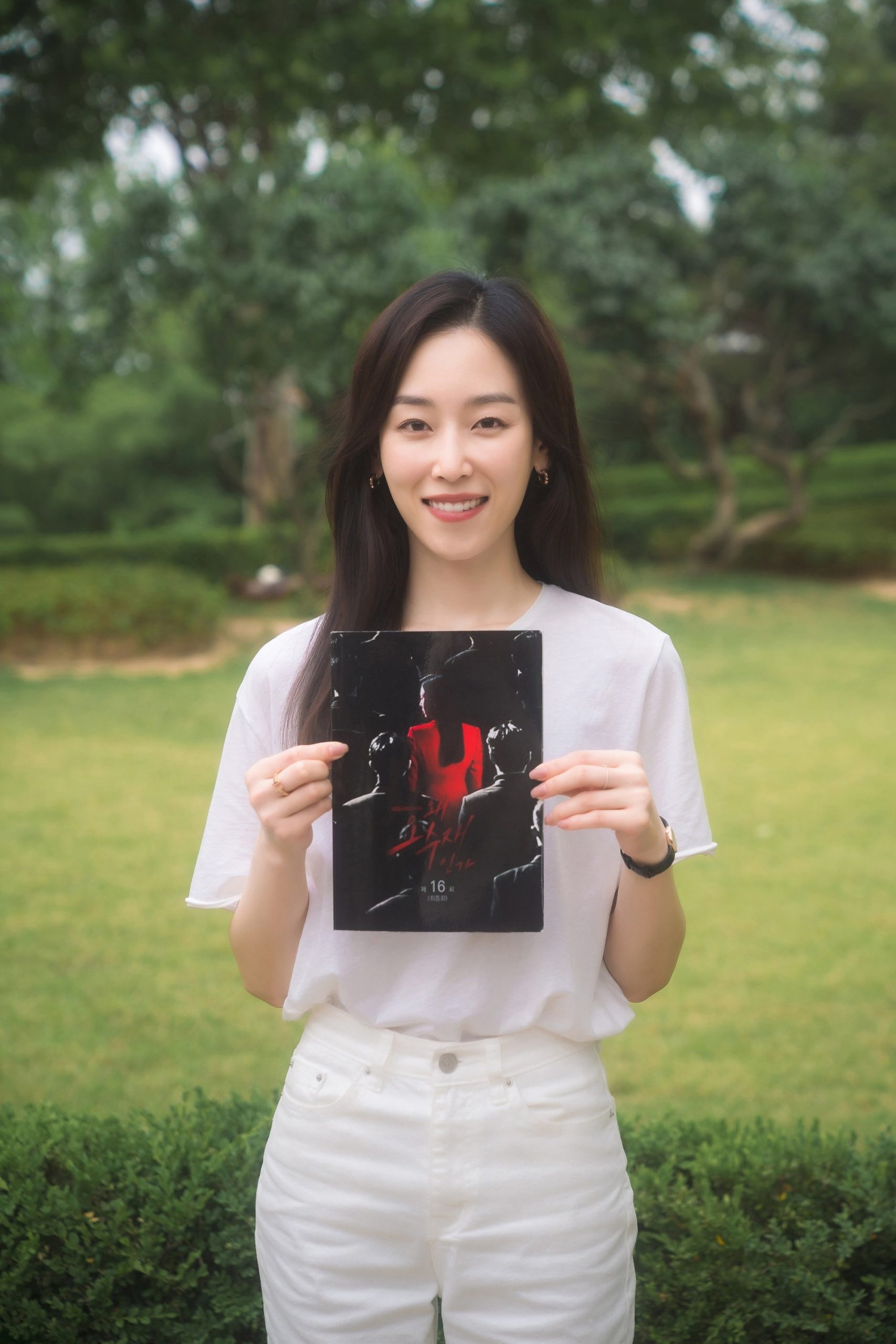 Meanwhile, Hwang In Yeop expressed his gratitude by saying, “I want to sincerely thank the many viewers who watched our drama. I also want to thank all of my fellow cast and crew, the director, the writer, and the staff who worked together with me from winter of last year all the way through this summer.”

He went on to tease, “In Episodes 15 and 16, the secrets of the severely entangled incidents from 10 years ago will be revealed one by one. Please look forward to seeing how Oh Soo Jae, together with Gong Chan, will overcome the new dangers that have come her way—and what kind of ending each of the characters will write for those [past] incidents.” 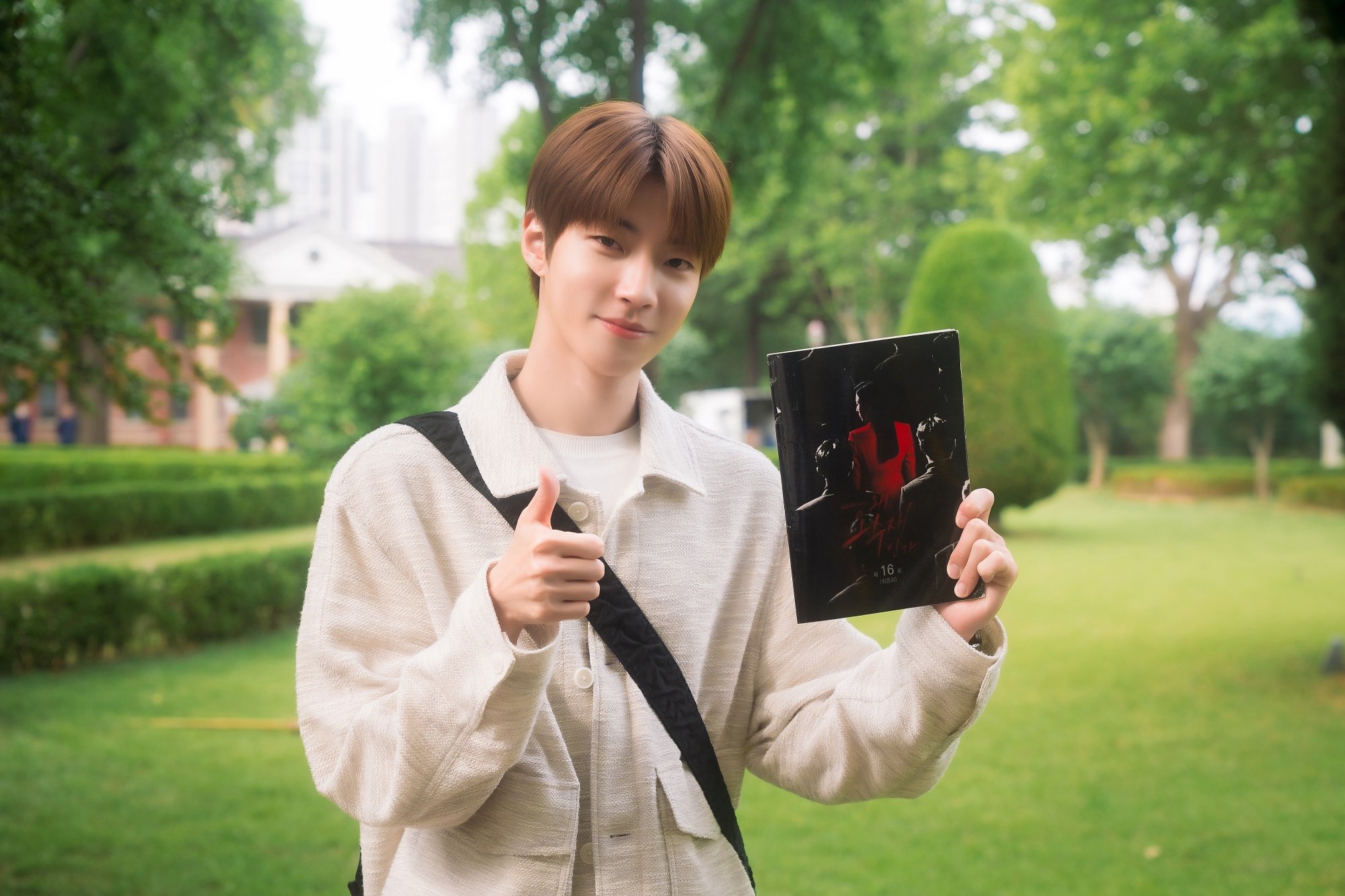 Heo Joon Ho commented, “Thank you to all the viewers who have given us lots of interest, support, and criticism. Director Park Soo Jin and the entire cast and crew all worked really hard [on this drama].”

The veteran actor got emotional as he went on, “Because it was a production that we wrapped up while comforting and being considerate of one another even amidst this difficult time, I’m particularly feeling a lot of different emotions [as I say goodbye].”

As for what lies in store for his character Choi Tae Guk in the final two episodes, Heo Joon Ho said, “Please keep an eye on what kind of choice Choi Tae Guk, who has always lived only for himself, will make.”

“I’ve called him ‘the most evil man in the world’ and I’ve also called him ‘a character that becomes more pitiful as time goes on,'” he continued, “but I ultimately think that it’s up to the viewers to judge what kind of character Choi Tae Guk is.” 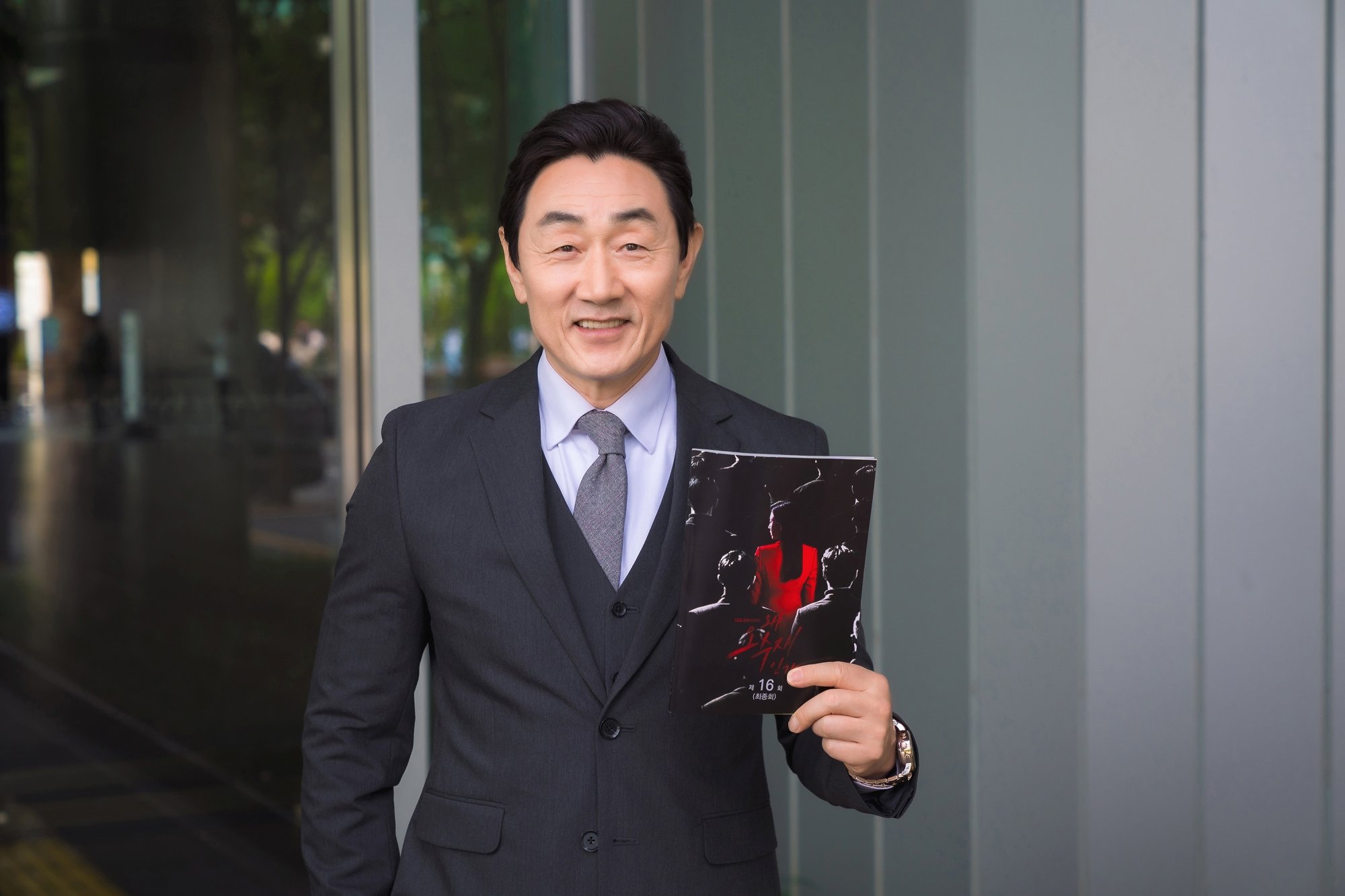 Bae In Hyuk also spoke fondly of his time filming “Why Her?”, remarking, “I always want to learn something and improve with every project I take on, and I learned a lot of valuable things from Heo Joon Ho, Seo Hyun Jin, and many other people [while filming ‘Why Her?’]. I feel really sad to be letting go of such a precious drama.”

He humbly added, “It was an honor to be able to act as Choi Yoon Sang, and I hope that you’ll look kindly on my lacking performance in your memories.”

Finally, Bae In Hyuk teased that viewers were in for a treat this week, promising, “The suspense will keep you on the edge of your seat up until the very end. There will be a whirlwind of plot developments and an entertaining story will unfold, so please look forward to it a lot. I hope that you’ll also pay attention to Choi Yoon Sang’s decision as he finds himself caught between Oh Soo Jae and his father Choi Tae Guk.” 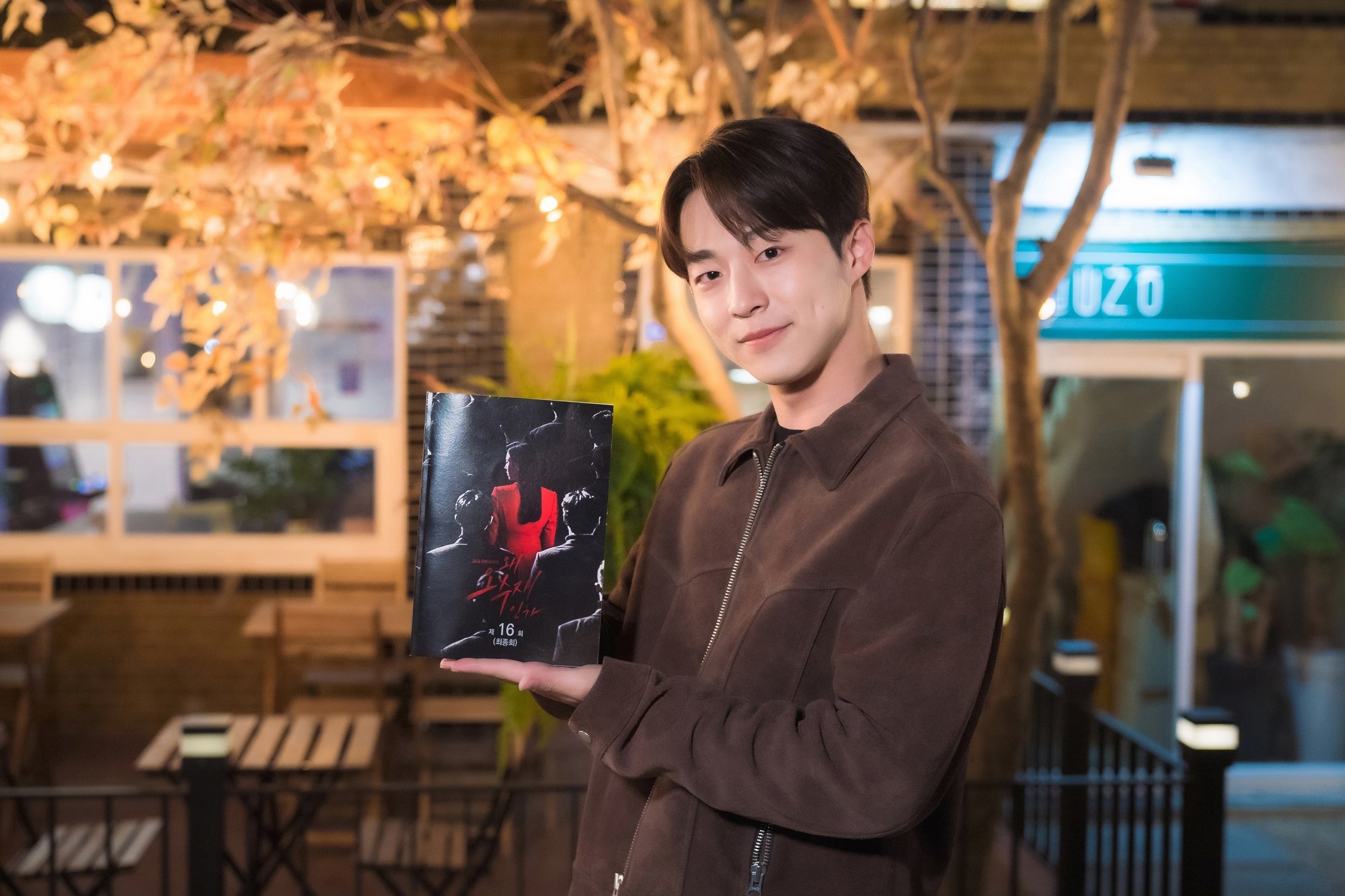 Heo Joon Ho
Seo Hyun Jin
Bae In Hyuk
Hwang In Yeop
Why Her?
How does this article make you feel?