“The Glory” will tell the story of a former victim of brutal school violence who exacts revenge on her bullies after becoming the elementary school homeroom teacher of her bully’s kid. The drama will be penned by Kim Eun Sook, the writer of hit dramas like “Goblin,” “Descendants of the Sun,” “Heirs,” and “Secret Garden,” and it will be helmed by director Ahn Gil Ho of “Happiness,” “Forest of Secrets” (“The Stranger”), “Memories of the Alhambra,” and “Record of Youth.”

Song Hye Kyo, who previously worked together with Kim Eun Sook for “Descendants of the Sun,” will be starring as the vengeful protagonist Moon Dong Eun, who has spent her entire life plotting revenge against her bullies and the bystanders who stood by and watched her suffering.

Meanwhile, Lee Do Hyun will be starring as male lead Joo Yeo Jung, who appears happy and cheerful on the outside, but is hiding a complicated secret.

Lim Ji Yeon will play Park Yeon Jin, who took the lead in tormenting Moon Dong Eun during their school days and enjoys a seemingly perfect life. When her dark past comes back to haunt her, she finds herself fighting to protect the things that are dear to her. 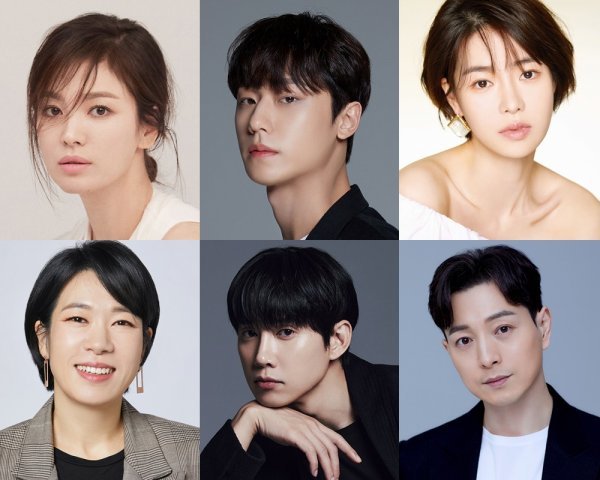 Yeom Hye Ran will play the role of Kang Hyun Nam, a domestic violence victim and a fiercely protective mother who approaches Moon Dong Eun with a proposal.

Meanwhile, Park Sung Hoon will play the self-absorbed Jeon Jae Joon, who joined Park Yeon Jin in destroying Moon Dong Eun’s life in the past. Trusting in his family’s wealth to protect him, he selfishly lives his life however he wants, without any regard for others.

Finally, Jung Sung Il will play Ha Do Young, Park Yeon Jin’s husband and the CEO of a major construction company. When Ha Do Young falls into a carefully constructed trap set by Moon Dong Eun, he unexpectedly puts his family’s happiness in danger.

“The Glory” is currently set to be released on Netflix.

In the meantime, watch Song Hye Kyo in her latest drama “Now We Are Breaking Up” here…

…and Lee Do Hyun in “Melancholia” below!