A Breath Of Fresh Air: 5 Reasons To Love K-Drama “Jinxed At First”

In the midst of this season’s revenge and law-themed dramas, “Jinxed at First” feels like a breath of fresh air that offers sweet and cute moments with a dash of mystery. It’s a fantasy drama that has so many layers for viewers to discover and enjoy in each episode.

“Jinxed at First” tells the story of Gong Soo Kwang (played by Na In Woo), a smart, talented young man who has a bright future ahead of him. But tragedy strikes, and he loses everything at once: his beloved mother, his chance of working at a prestigious company, and ultimately his identity — all after meeting Seul Bi (played by Seohyun). Seul Bi is a happy-go-lucky and sheltered young lady who has special powers that enable her to see the future. Together with her mother, she has lived in captivity under a greedy CEO who takes advantage of them to build his riches. Seul Bi seeks safety and freedom in Soo Kwang, who is now considered an unlucky man by his peers. Will Seul Bi be his blessing or his curse? If you’re thinking twice about watching this series, here are some reasons to help you decide why you should!

You’ll be enchanted by the main characters

Seul Bi grew while being locked up in the CEO’s hotel suite, without setting foot outside the real world. She is surrounded by maids who help her with daily tasks, so she is pretty much pampered and has no experience living independently. She entertains herself by reading books and fantasizing about another life. Even though she had everything she needed, she had no real friends. This is why when she met Soo Kwang, she is immediately drawn to him. Her personality reflects her sheltered life. She’s like a young child, innocent, pure, and trusting. With her long, curly hair, unique clothing, and curious mind, she’s like the little mermaid who came straight out of a fairy tale. But what makes Seul Bi a good character is that she’s not a rich spoiled brat who just wants to have fun — she bravely escapes to save her mother, find her true love, and help people who can benefit more from her mystical gift. Even though she makes a lot of mistakes, she always has good intentions, and she is irresistibly cute! 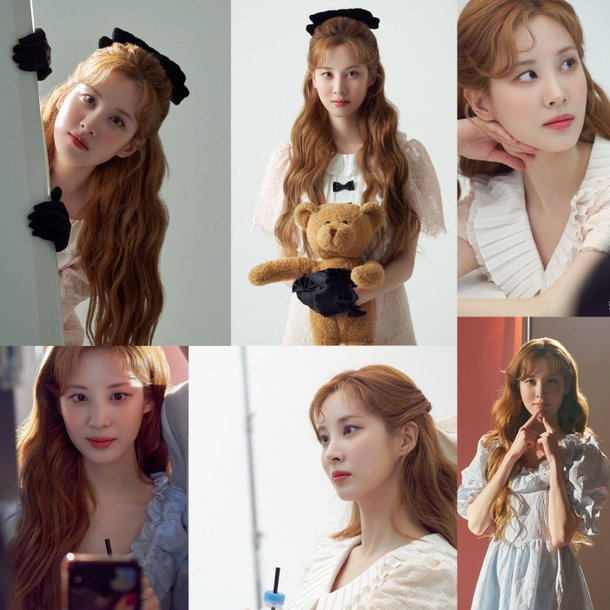 With Soo Kwang, he may have had his luck turned for the worse but he never loses his will to live a righteous life. He chooses to live a quiet life as a good person, never complaining even when all those around him consider him as a jinx because he causes some kind of accident whenever he’s nearby. Still, he smiles through his misfortunes and always works hard. Just like Seul Bi, he’s kind-hearted and does not hold a grudge. Even with his unlucky status, people can’t help but fall for his charms. He truly is prince charming!

You’ll fall in love with them as a couple

What happens when you put two adorable people together? You get an incredibly sweet couple that you can’t help but root for until the end! The chemistry between Na In Woo and Seohyun is off the charts, so much so that it will make you blush. Their partnership isn’t like any other lovey-dovey couple. They meet each other at the right time: when Seul Bi needs somebody to trust and rely on, and when Soo Kwang needs somebody to brighten up his dreary life. Their meeting may have started off with unfortunate circumstances but it’s what eventually brings them together.

You’ll feel at home with the quirky, kind people at the market

They’re noisy, nosy, and always gossip-mongering — these colorful characters in the Seodong Market may be quite annoying sometimes but they’ll always be ready to help when you need it. They certainly add to the comedy aspect of the drama, and despite their flaws, they’re like second families to Seul Bi and Soo Kwang. 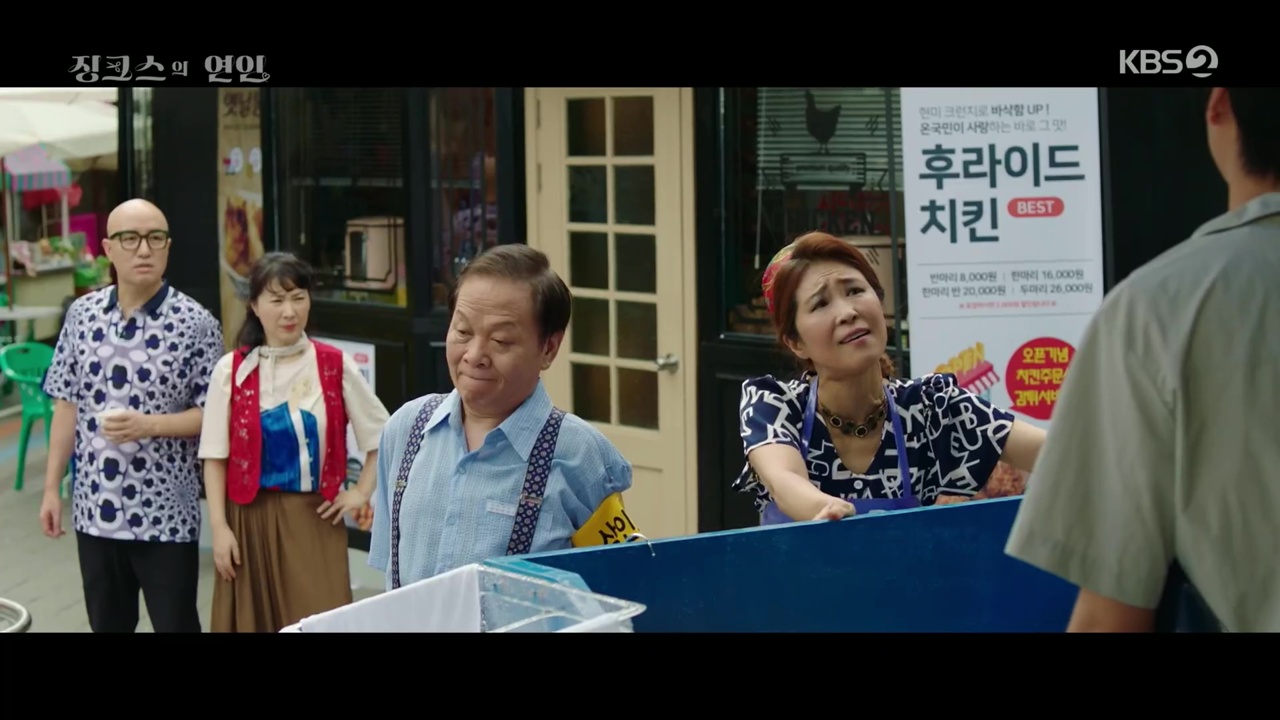 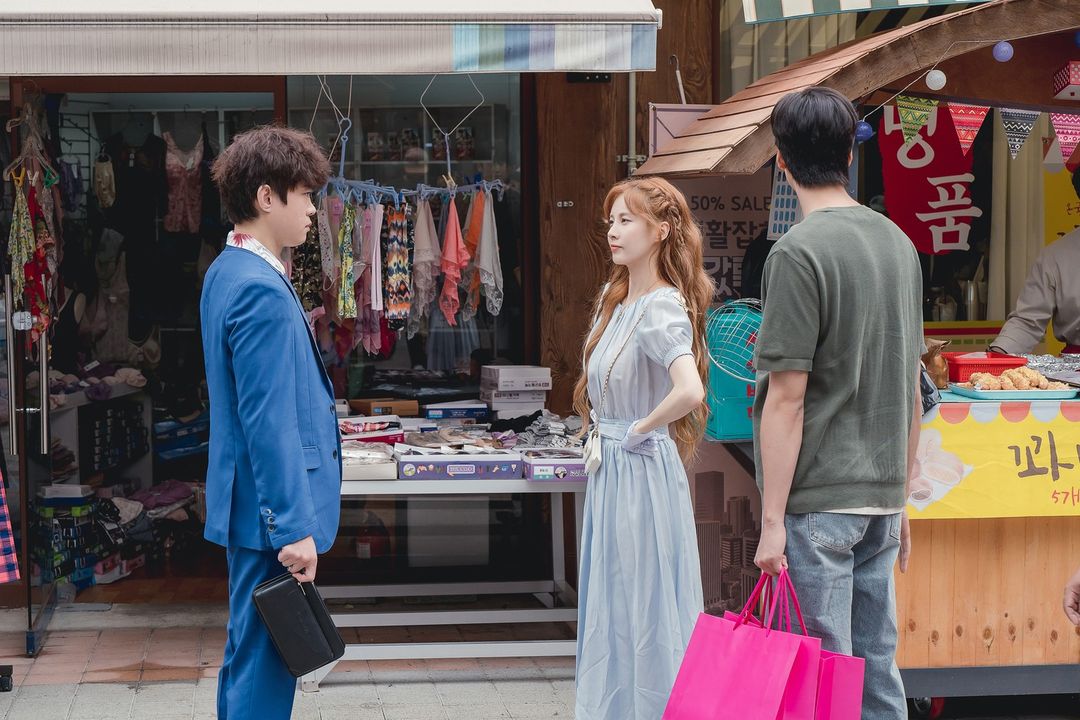 Then there’s Chief Wang, the loan shark with a kind heart (albeit hidden). He receives help from Seul Bi when she gives him a prediction that eventually saves his son. In return, he becomes her number one supporter, protecting her from bad guys whenever she’s in trouble.

There are several underlying lessons to be learned

This fantasy drama may be entertaining but it offers food for thought. The way that the CEO imprisons the mother and daughter for decades indicates how some women are treated: as objects to be taken advantage of. Since they can predict the future, they were forced to tell the CEO about profitable business prospects daily. And this happened for generations. The CEO’s father benefited from Seul Bi’s grandmother, and now she is set to be “given” to the CEO’s son, Seon Min Joon (played by Ki Do Hoon) to continue her “job” of helping him grow the company. Although Min Joon might be different from his father and opposed to his ways, he still doesn’t do enough to save the women. We can only wait for the next episodes for their character development and unravel the real reasons why and how this arrangement came to be! 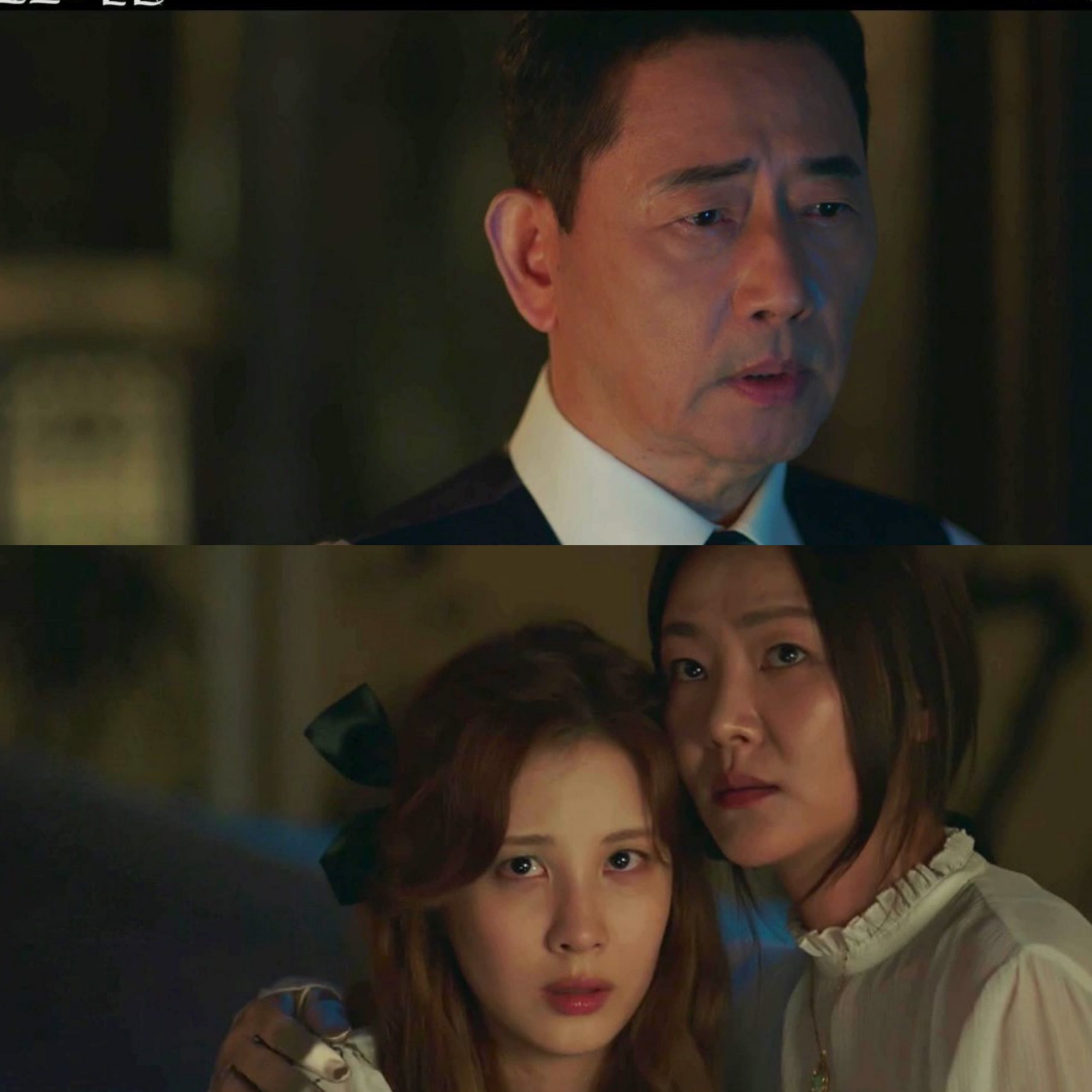 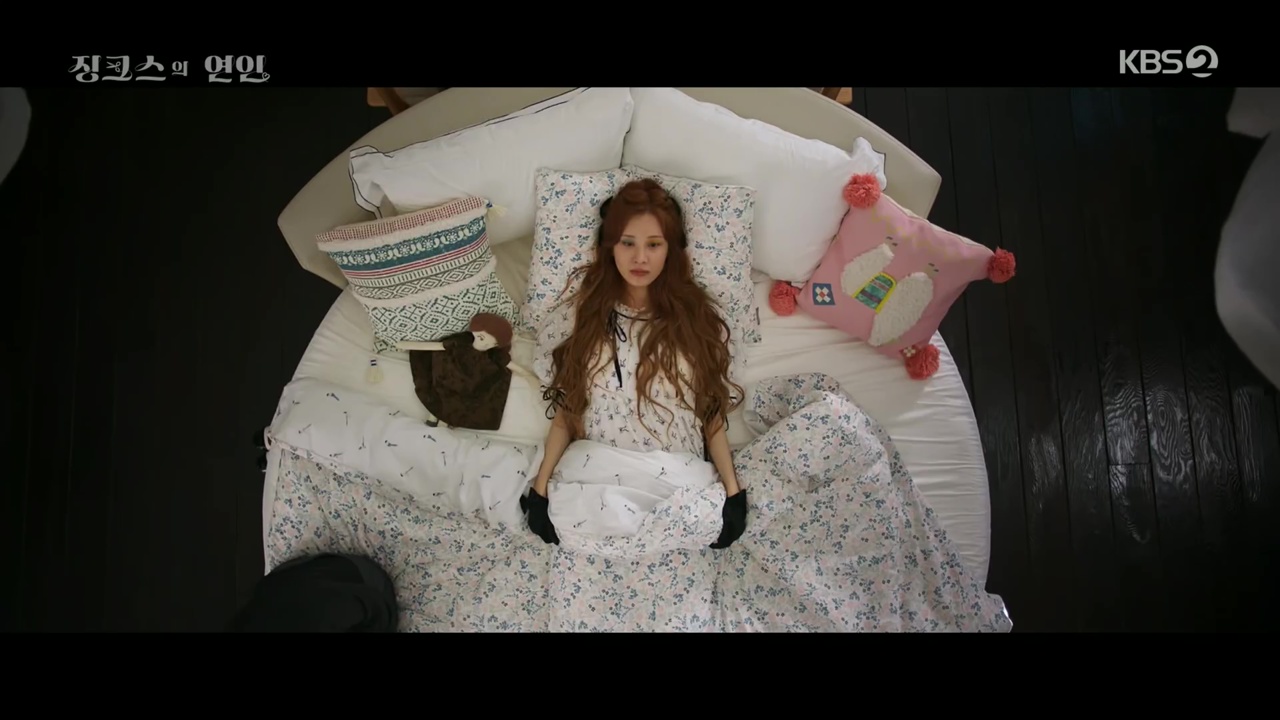 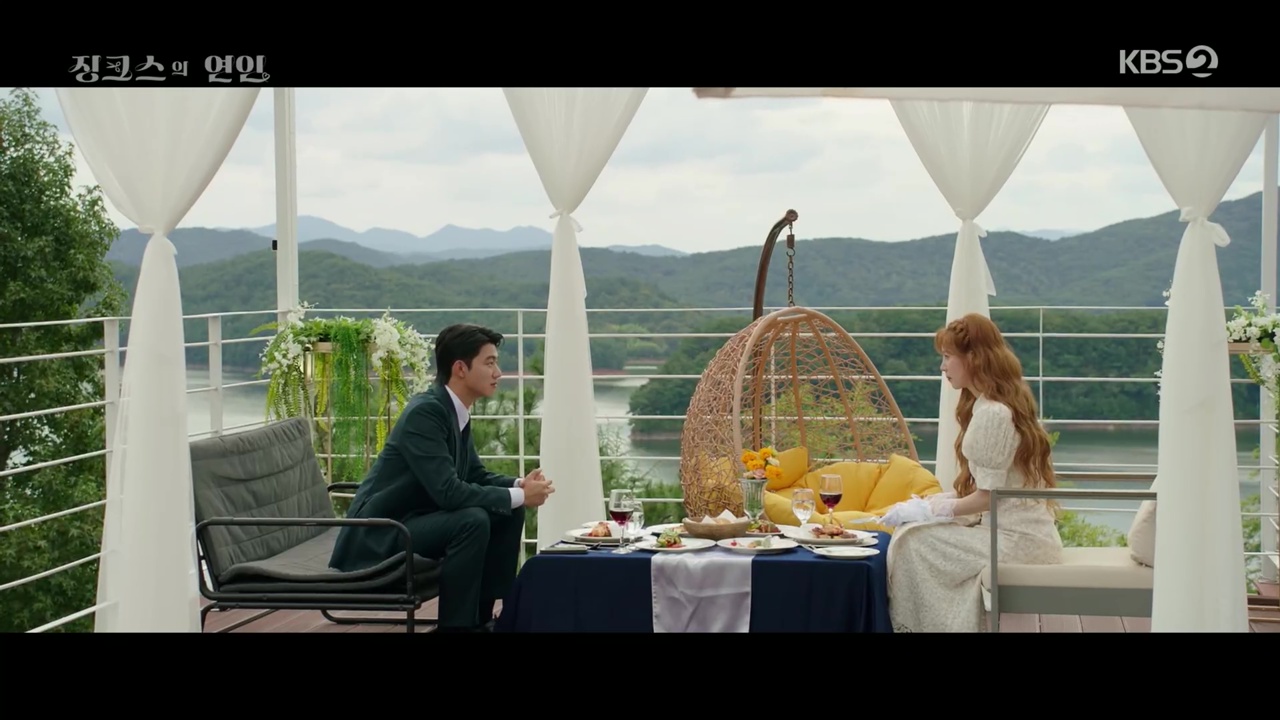 It leaves you with some questions about luck

Is good luck everything in life? Why are some people so fortunate while others are not? Can we rely on luck or our skills to get ahead in life? These are the questions that the drama tries to answer, and hopefully, viewers will learn more about it themselves. But one thing’s for sure: with luck or not, true love always prevails, and hopefully we get to see this with Seul Bi and Soo Kwang together in the end.

How will Seul Bi’s and Sookwang’s fortunes unfold? Catch “Jinxed at First” to find out!

Hey Soompiers! Are you watching “Jinxed at First?” What are your favorite moments from the drama? Let us know in the comments below!

Soompi Spotlight
Seohyun
Ki Do Hoon
Na In Woo
Jinxed at First
How does this article make you feel?