tvN’s “Adamas” depicts the story of twin brothers uncovering the truth from an incident 22 years ago. The two will work as one in order to clear the murder charges of their biological father who was accused of killing their stepfather and to find the “adamas” that is the evidence for the murder.

When looking solely at their jobs or their statuses in society, these six characters don’t appear to have a single connection. However, they’re all associated with discovering the “adamas,” the bloodied diamond arrow. Each poster has a dark vibe and captures the silhouette of each actor. Within that silhouette is the sharp mark of an arrow, where each character peeks through, showcasing their complex and mysterious inner feelings.

Ji Sung plays the dual role of both twin brothers Ha Woo Shin and Song Soo Hyun. Ha Woo Shin is a best-selling mystery novel author who always maintains his composure, even while staring down his opponents. His determination shines through in the poster caption which reads, “I will steal the adamas.” 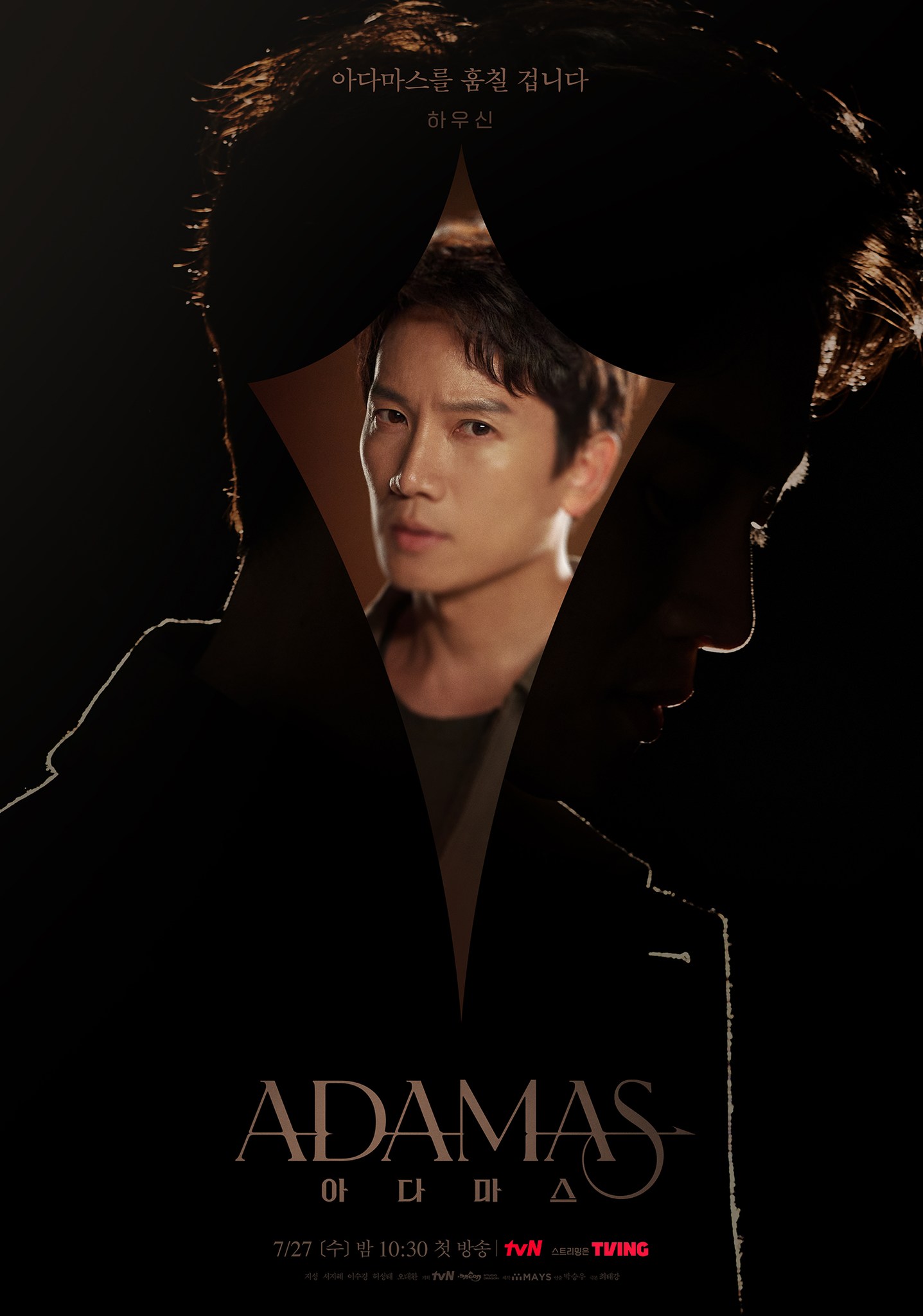 Song Soo Hyun is Ha Woo Shin’s older brother and a special forces prosecutor who works at the Central District Prosecutor’s office. He has a completely different vibe from his younger brother as he looks head-on to the front, depicting how honest and confident he is with regards to his emotions. The poster reads, “I will expose everything you’re hiding.” 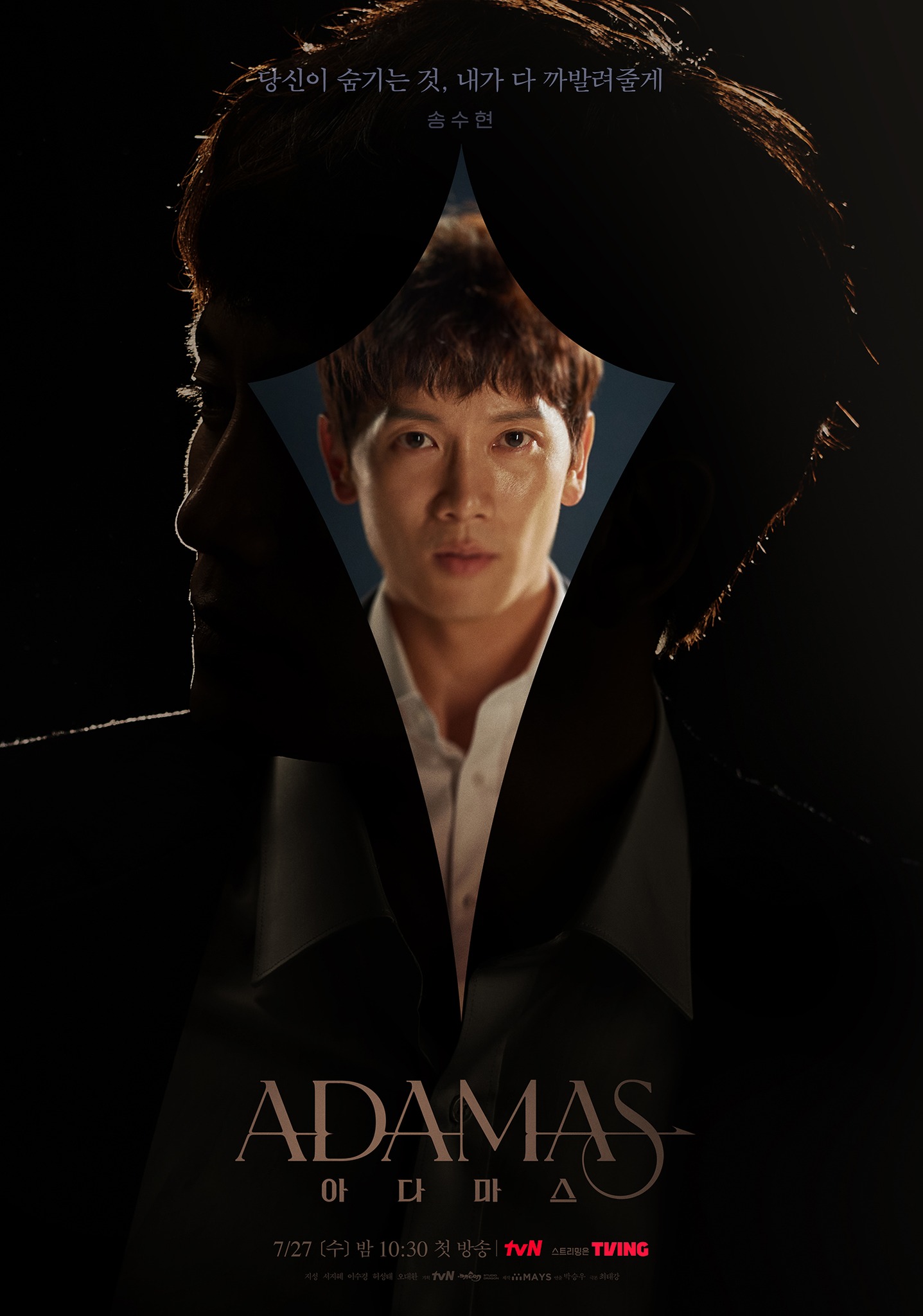 As Eun Hye Soo, the daughter-in-law of Haesong Group’s CEO, Seo Ji Hye’s poster boldly states, “Nothing is illegal in this household. Anything is possible.” Fitting for someone trying to ruin the Haesong Group, Eun Hye Soo appears cold and as if she’s hiding something. Stay tuned to see what kind of relationship she develops with Ha Woo Shin, who infiltrates Haesongwon, the residence of Haesong Group’s chairman. 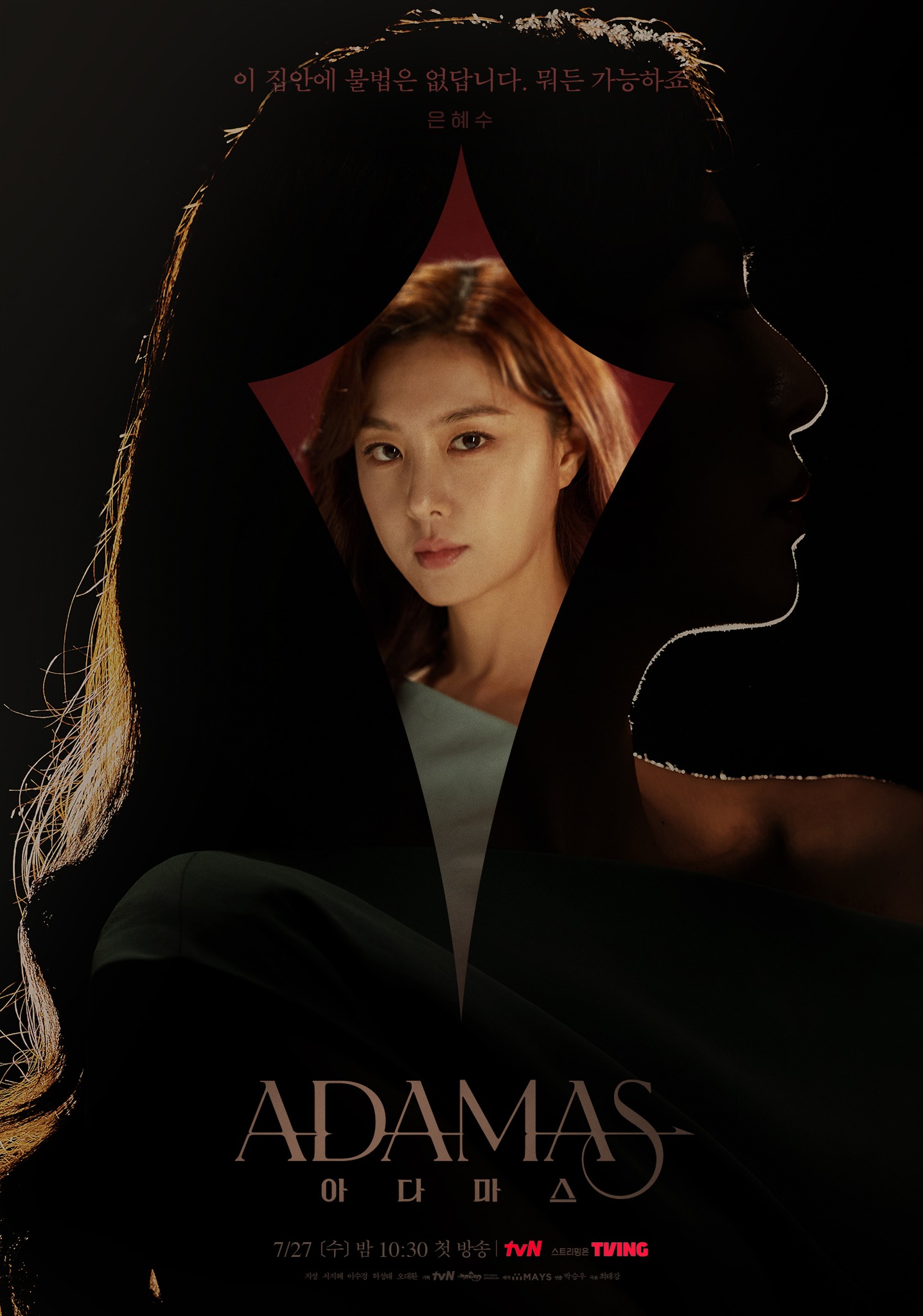 Lee Soo Kyung stars as Kim Seo Hee, a social affairs reporter at TNC with deep inner wounds, a strong belief in justice, and a strong sense of duty. While her poster initially appears powerful and confident, there is an unknown sadness in Kim Seo Hee’s eyes. She piques curiosity with her unusual poster caption that says, “I know that person is innocent.” 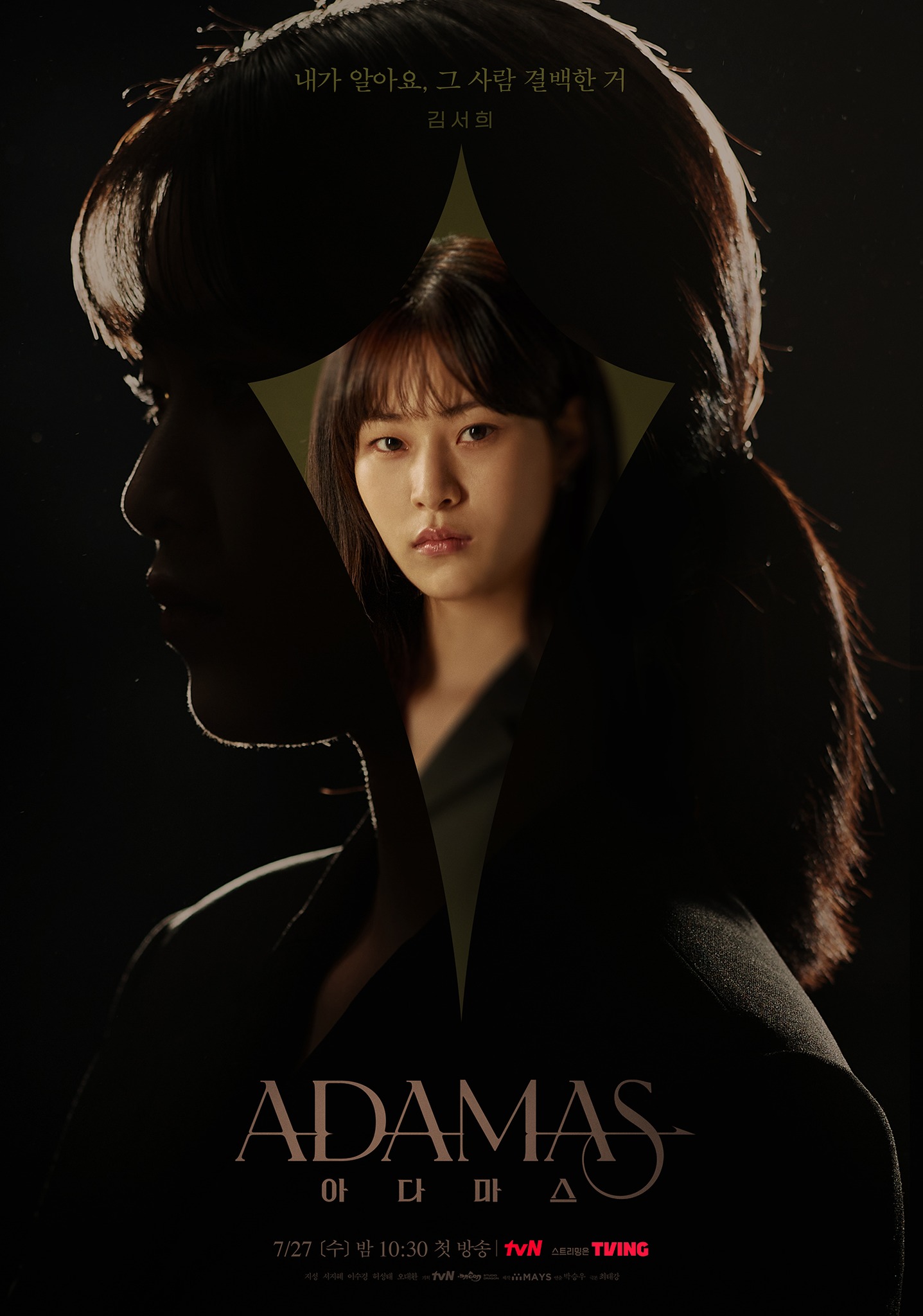 Heo Sung Tae plays Choi Tae Sung, a general security manager for Haesongwon who stands on a fine line between vigilance and suspicion. His poster demonstrates his dedication to his work as it states, “Someone who is unwelcome. What are you here to do?” With the twin brothers so determined to find the adamas, viewers can look forward to seeing what role Choi Tae Sung plays in their journey. 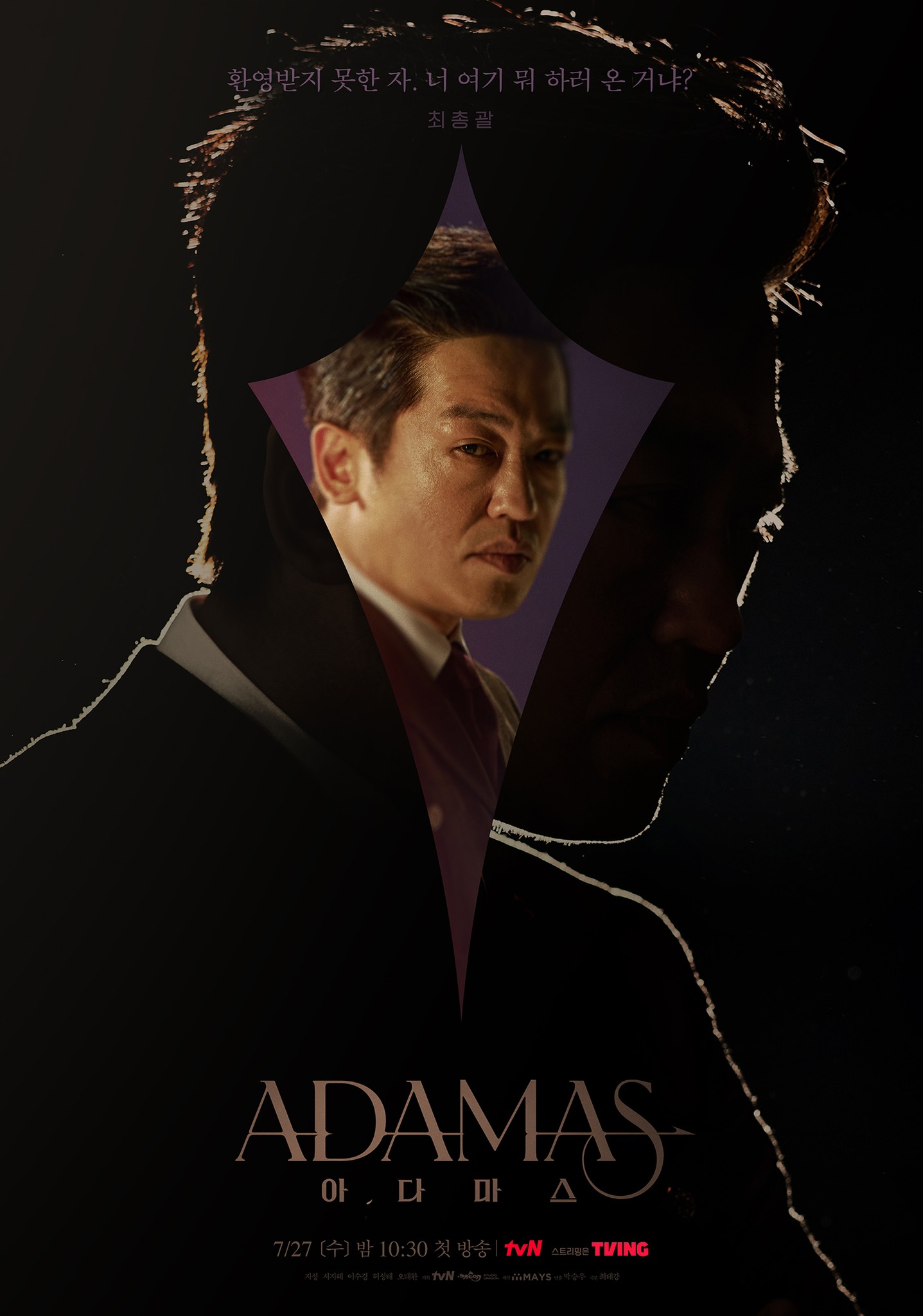 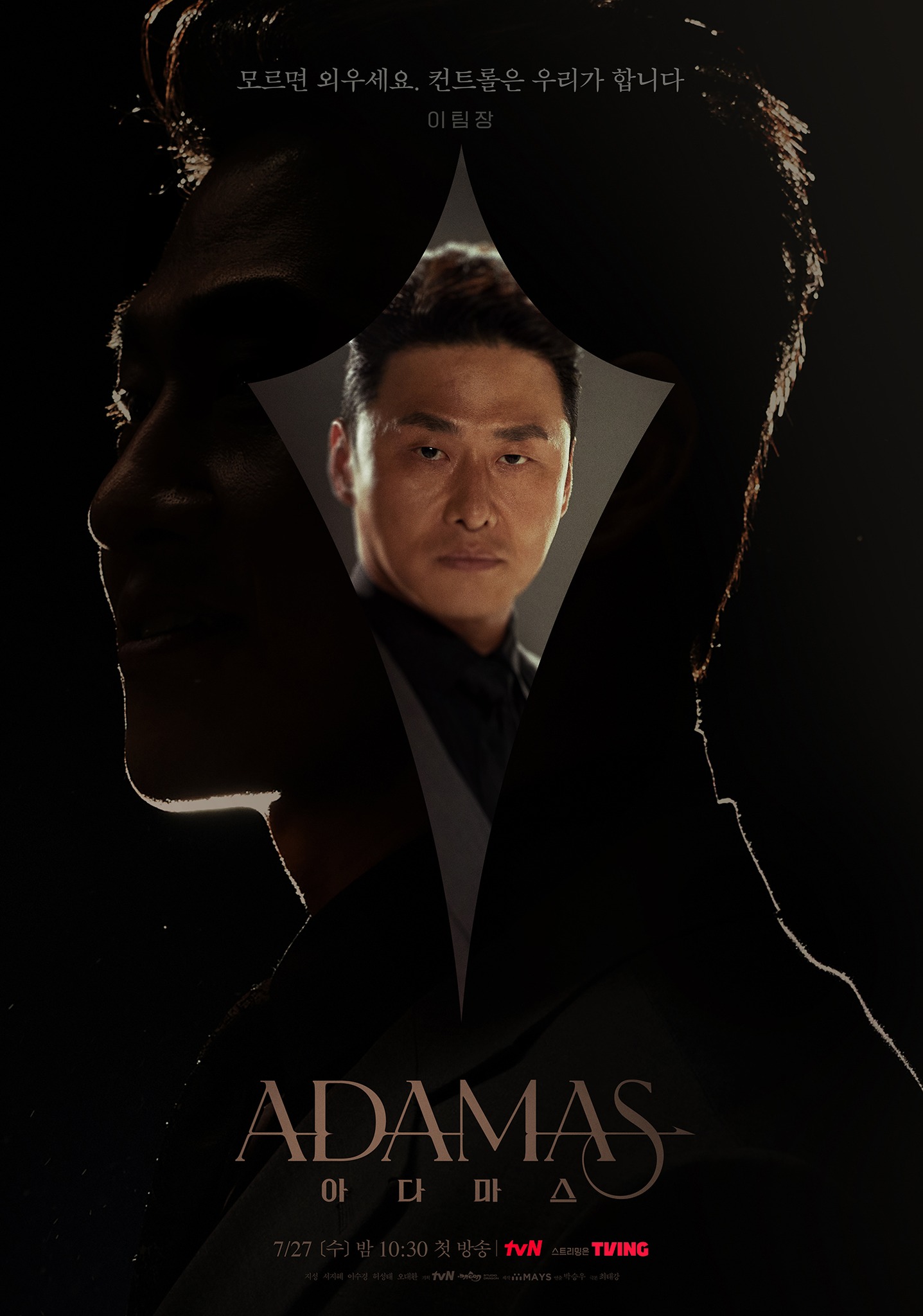 In the meantime, watch Lee Soo Kyung in “Where Stars Land” below: